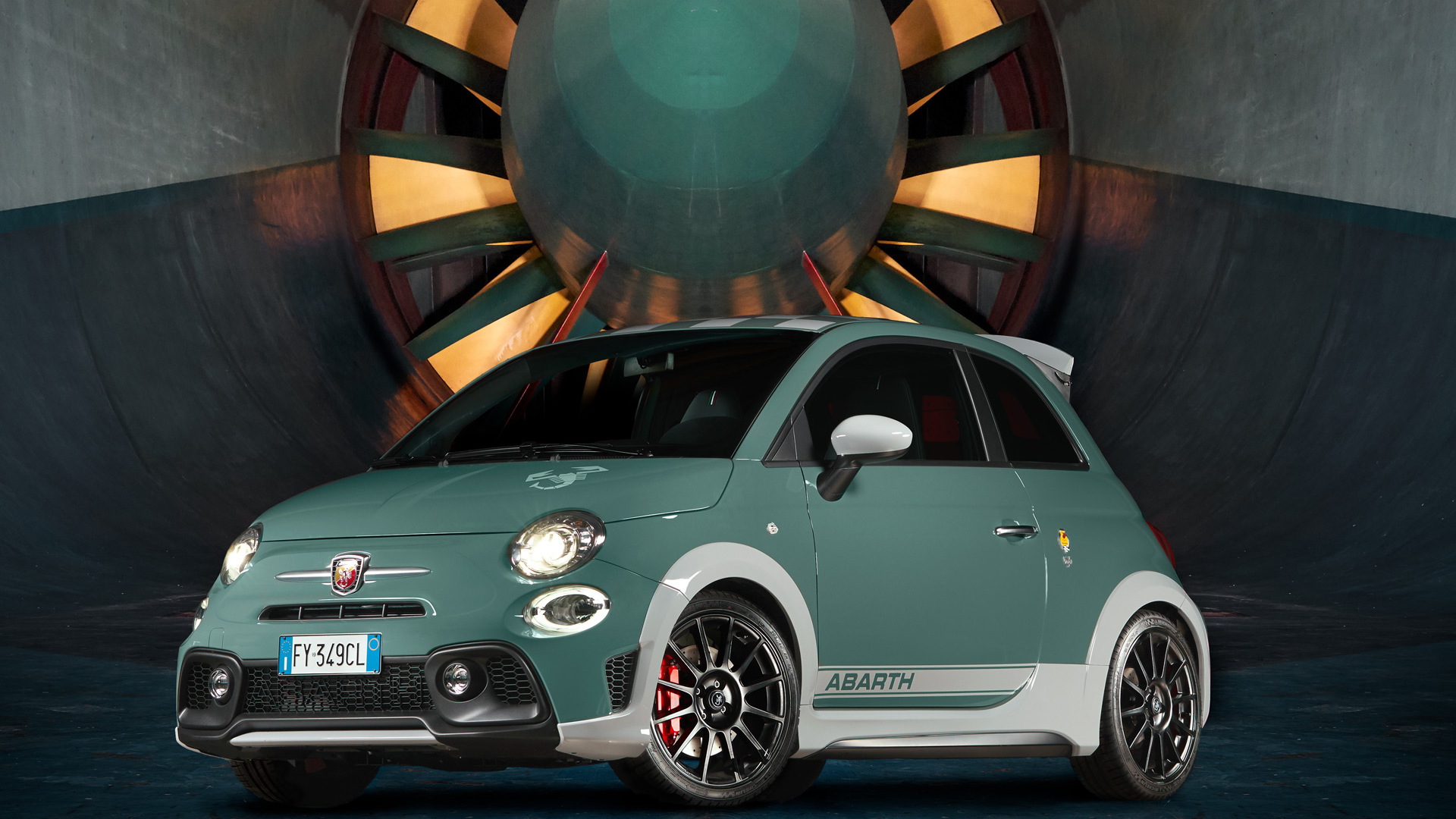 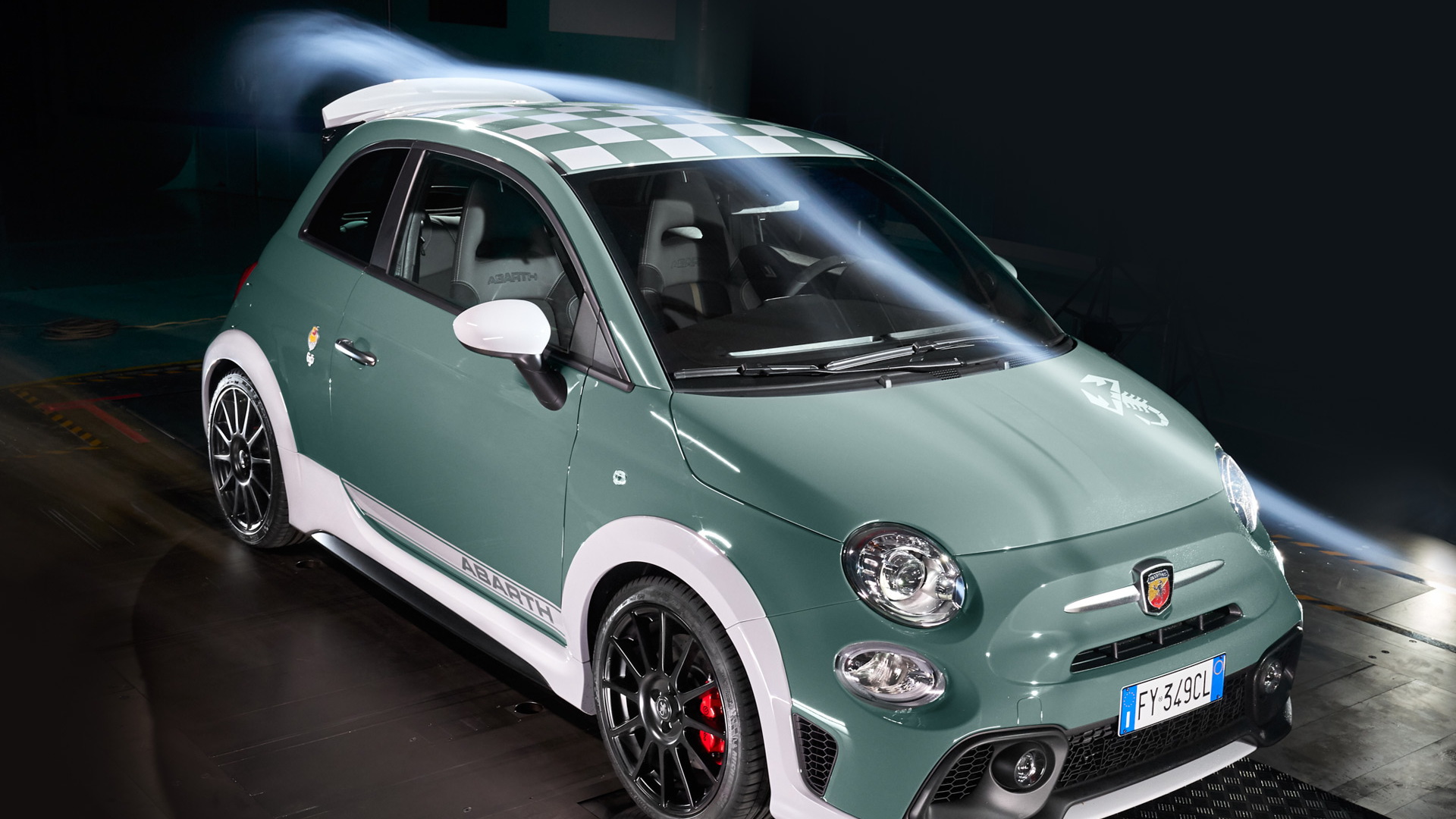 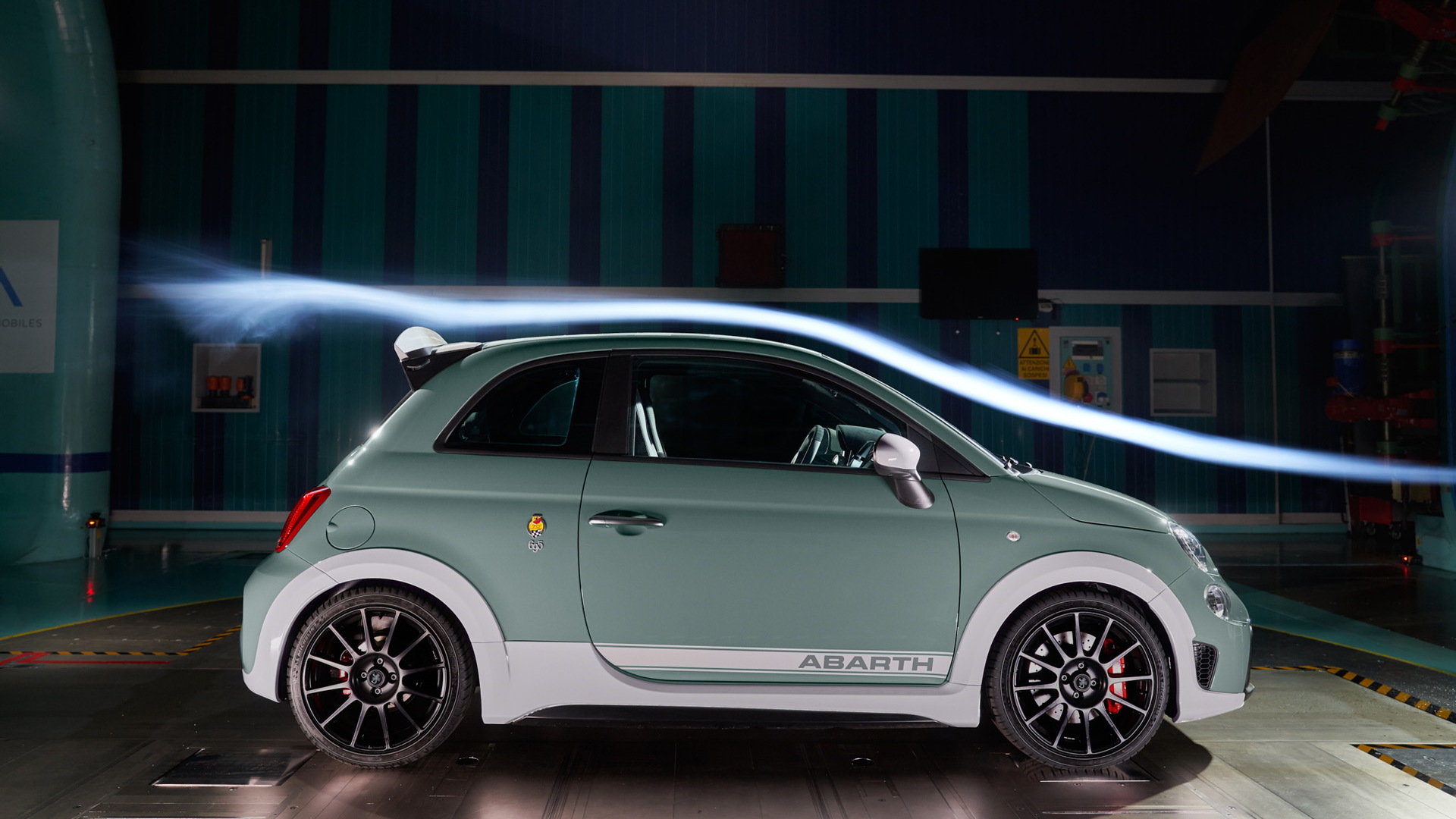 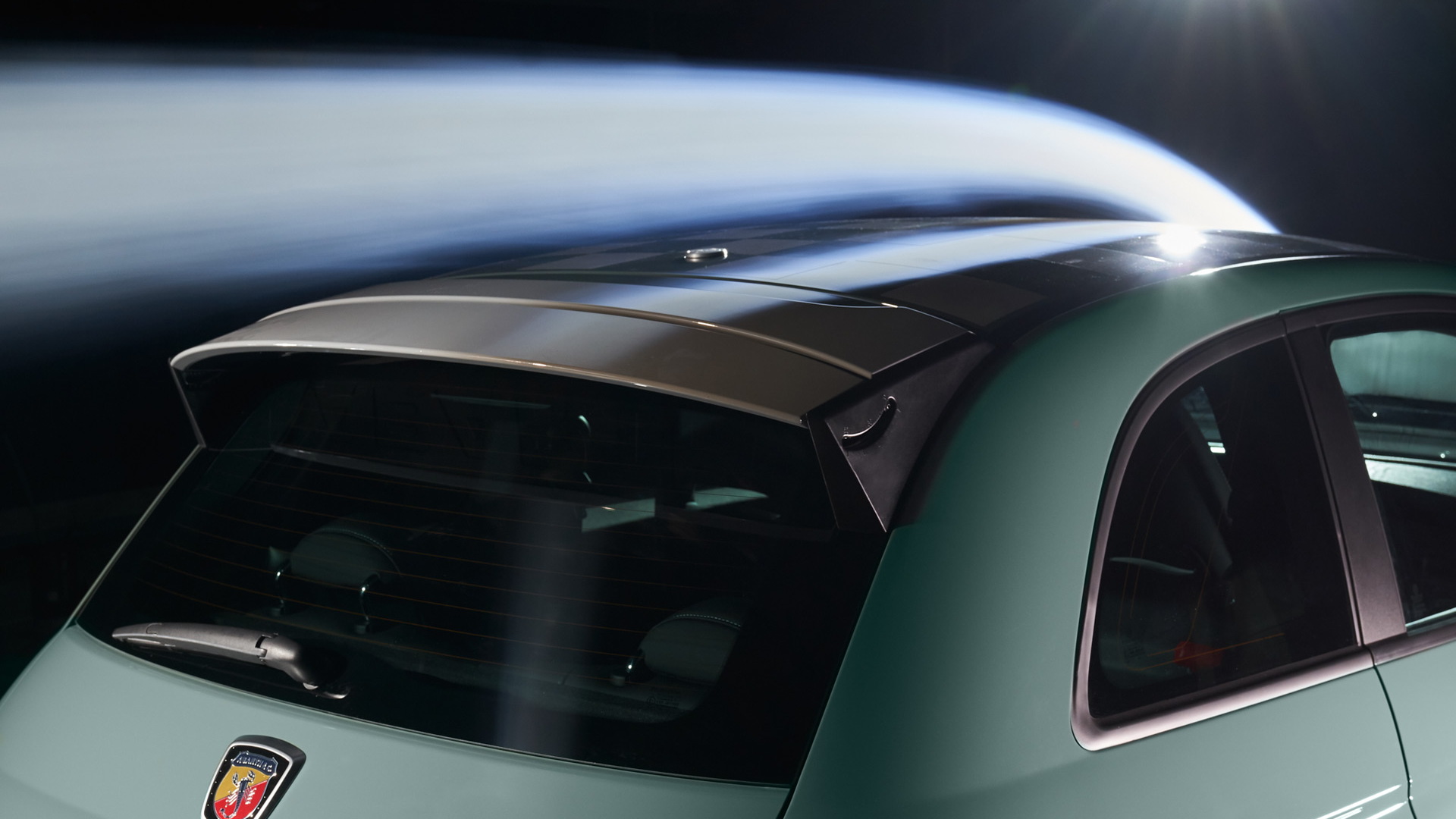 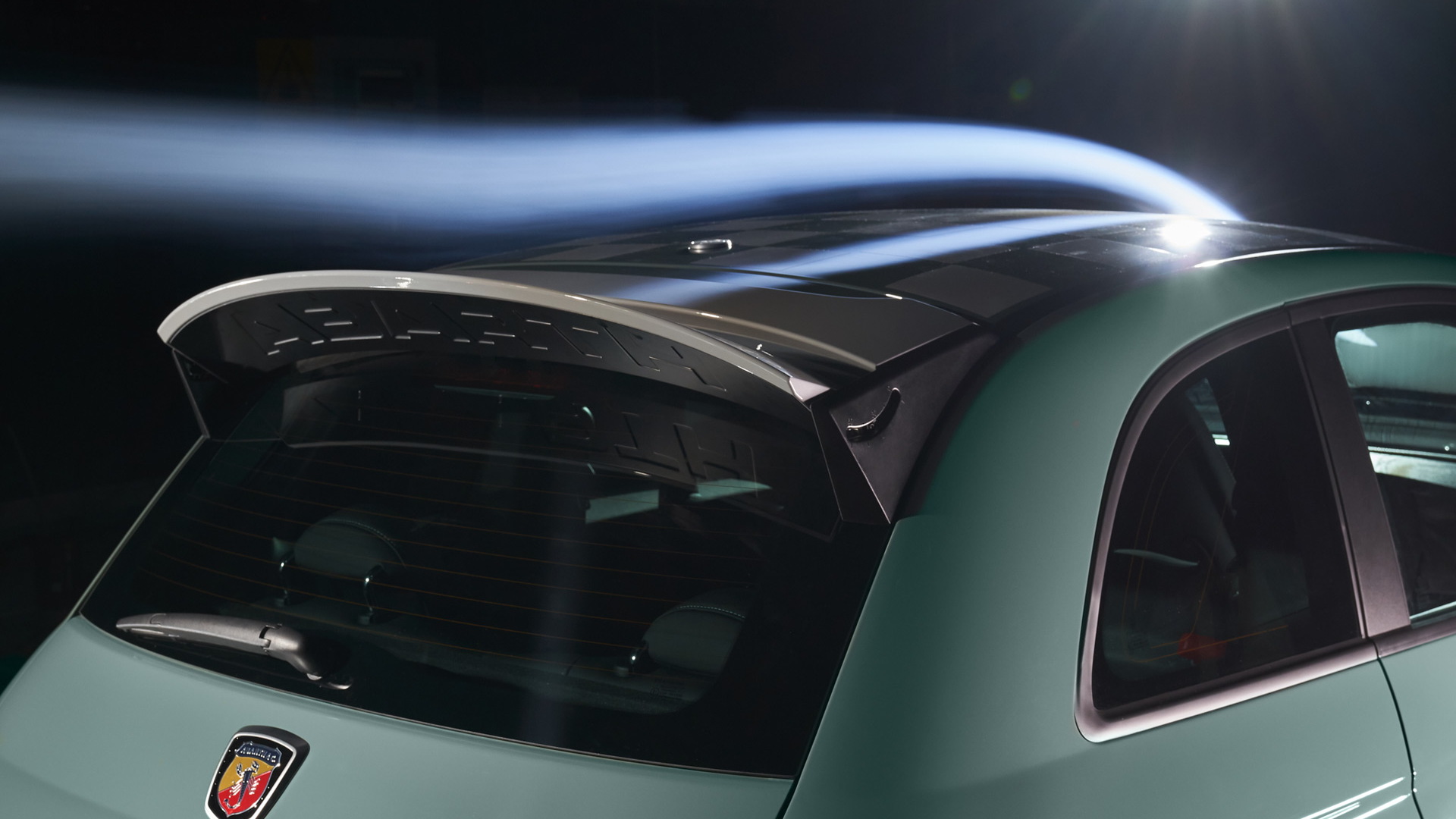 Just a month out from announcing the discontinuation of the 500 hatch and cabrio in the United States, Fiat has rolled out the most extreme version yet of the cutesy nameplate to celebrate this year's 70th anniversary of performance brand Abarth.

The car is the 500 Abarth 70th Anniversary, and just 1,949 units will be built, the number representing the year Abarth was established. The company was founded as Abarth & C. in Bologna by Carlo Abarth, whose Scorpio star sign inspired the famous scorpion logo.

The company was formed out of the remains of sports car brand and race team Cisitalia, at which Carlo Abarth served as sporting director. As such, the first Abarths were based on the last Cisitalias. After moving the company to Turin in 1951, Abarth within a year was already working with Fiat, with the first project being the Abarth 1500 Biposto based on Fiat mechanicals.

There's no missing the rear spoiler of the new special edition, which naturally is based on the latest 500 Abarth. Called the Spoiler ad Assetto Variabile in Italian, this manually adjustable spoiler was fully tested in the wind tunnel and claimed to improve grip and stability at high speeds. There are 12 levels of adjustment, from zero to 60 degrees, and up to 92 pounds of downforce can be generated at 124 mph.

The car is also dressed in a retro green livery that pays tribute to the color of a 500 Abarth that set a number of records at the Monza racetrack back in 1958. Other upgrades include an active exhaust, a contrasting color for the body kit, 17-inch light alloys, and Brembo brakes with front rotors measuring 12 inches across.

The engine is a 1.4-liter turbocharged inline-4 delivering 180 horsepower and 184 pound-feet of torque. Paired with a 6-speed manual transmission, the engine helps to deliver a 0-62 mph time of 6.7 seconds and a top speed of almost 140 mph. That's with the spoiler set to zero degrees for minimal drag.

While the current-generation 500 is dead in the U.S., there's still the possibility that the redesigned, battery-electric 500 currently in the works will make it here. The new electric 500 will be a global model, Fiat has confirmed, and prototypes for the car have been spotted on local soil.