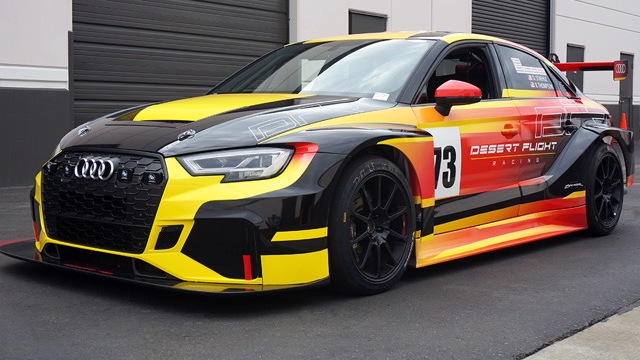 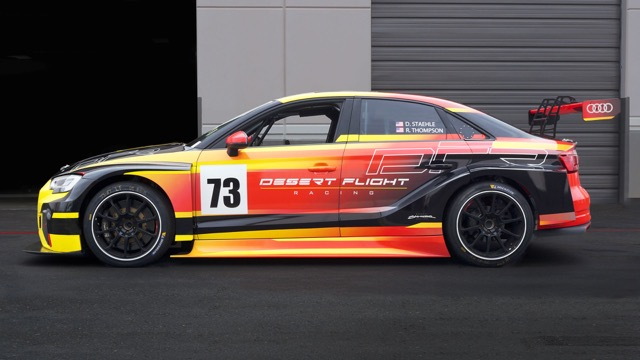 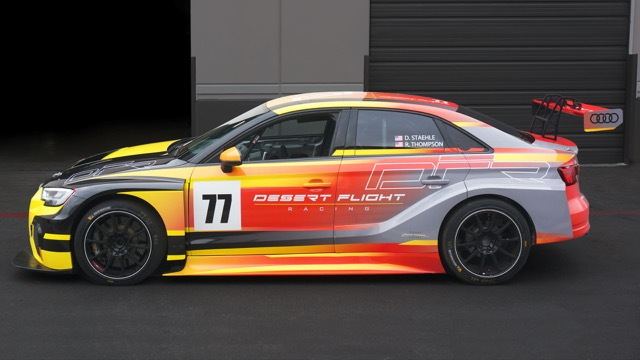 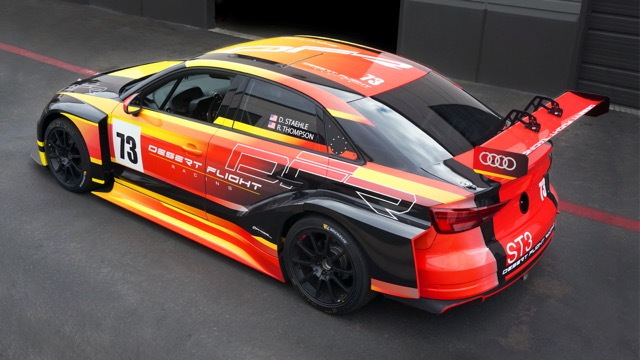 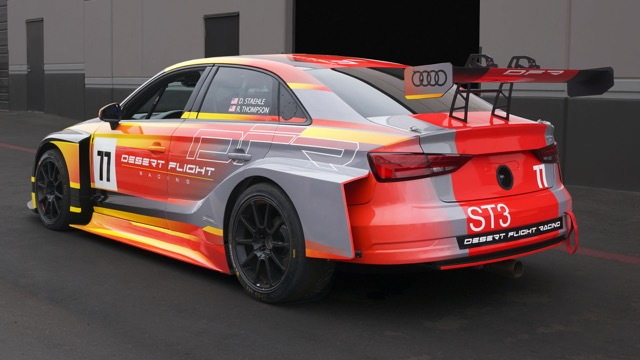 Michael Santoro remembers standing in front of the BMW M1 art car painted by Andy Warhol at a BMW gallery in New York City at the age of 15. That experience cemented Santoro’s future as a designer and put him on a road that would make history.

Santoro, the CEO and founder of MacCase and the man responsible for the first Jeep Easter egg, has been creating art in some form since his teenage years as a painter in New York City. Designing automotive liveries has allowed Santoro to combine his passion for art, design, and the automotive industry.

His resume includes liveries ranging from a Vector M12 and Lamborghini Diablo to Desert Flight Racing’s Audi RS 3 livery for the current and next season. The vehicles have varied but the process is always the same, he says.

It starts with an interview. Whether the designer is in-house working for Andretti, McLaren, or a contracted consultant doing a one-off freelance design, it all starts with a discussion.

It requires being a good listener to take in the information, process it, and mold it into something that delivers an emotional response, Santoro says.

The interview goes beyond design: Santoro asks what kind of music the client likes, favorite painters, even hobbies outside of cars.

Of course, the most important bit is what the client is looking for or what they want the car to look like.

For the Vector M12 prototype known as the “Flag Car,” the goal was to show what a potential M12 race car would look like for the then-current endurance championship series in America. Vector wanted to go racing and, according to Santoro, Vector wanted something “outrageous” and “crazy.”

“Something that's going to put (Vector) on the map, that people can't ignore," Santoro recollects.

Santoro’s designs were all-American. Vectors were built in Florida, and his design incorporated Old Glory, but not like Evel Knievel. Santoro came up with the idea to make the car look like it had driven through a latex or rubber flag that was stretched out over the car.

But Santoro was contracted to do three designs, and during the interview, Staehle mentioned his wife produced a short, award-winning film called “Desert Flight” (thus the team name). The film’s website uses desert colors: red, orange, and yellow, which Santoro incorporated into his RS 3 designs.

The inspiration for any given livery can come from anywhere. Santoro always has a stack of paper on one of his desks with drawing tools.

To save time when inspiration strikes, he’ll sometimes have an underlay to trace over so he can draw his ideas quickly, but in the case of the RS 3s, he drew side views freehand.

It’s not always convenient. He says, he’ll wake up at 3 a.m. with an idea and run to get a pencil and sketchpad to put it down on paper because he might forget it later.

He chooses sturdy paper for his designs, and will even work in reverse—black paper with colored pencils, ink, or chalk—to sketch his designs.

Sketches are full of energy and dynamics that show emotion, and Santoro said it’s easy to lose these elements when moving to the digital space.

“The heart comes out of it,” he said.

The second RS 3 design for Desert Flight Racing, dubbed “the flow design,” was a challenge to move to a 3D model. Santoro said he spent a lot of time making sure all the lines were spaced correctly to allow the shapes to breathe.

“There’s a certain tension that they all have,” Santoro said. You must get the design into a harmonious place digitally to create a dynamic, emotional experience. If one piece is moved “the whole thing falls apart.”

After the design is rendered digitally it’s time to make it real. How that happens can vary.

Desert Flight Racing’s livery will be a wrap applied to the RS 3 race cars, but the Vector M12 was a different story.

Santoro taped out all the lines for the American flag livery on the one-off Vector M12 that was shown at the 1996 24 Hours of Daytona and then painted the flag by hand.

Designing livery isn’t easy. It’s not just throwing paint (or a wrap) on a car. Race cars have worn liveries for more than 50 years, which makes it difficult to create something original. According to Santoro, it’s like making music with the same 12 notes that everyone else uses but delivering an original melody each time.

There’s also a delicate balance as a car moves up into more serious racing and sponsors are introduced.

“The largest challenge is how to walk the tightrope between art and commerce,” Santoro said.

As a designer, it’s Santoro’s job to take other people’s words, ideas, visions, and dreams and turn them into rolling art.