The first Jeep Easter egg was hatched long before anyone realized.

In 1996 when the Wrangler TJ was unveiled, it wasn’t just round headlights that came back to the iconic off-roader. It was also when the first hidden feature was included—and no one noticed.

The man behind the first secret perk is Michael Santoro. Hired in 1989 as a designer by John Herlitz (the man responsible for designing the Plymouth Barracuda among other muscle cars), Santoro worked on the Dodge Stratus and Chrysler Cirrus before Herlitz called him into his office and told him that he’d be needed upstairs.

Upstairs sat the guys from AMC that had just moved into Chrysler Corporation’s headquarters and were still getting settled. Santoro’s assignment? The 1997 Jeep Wrangler, known as the TJ. 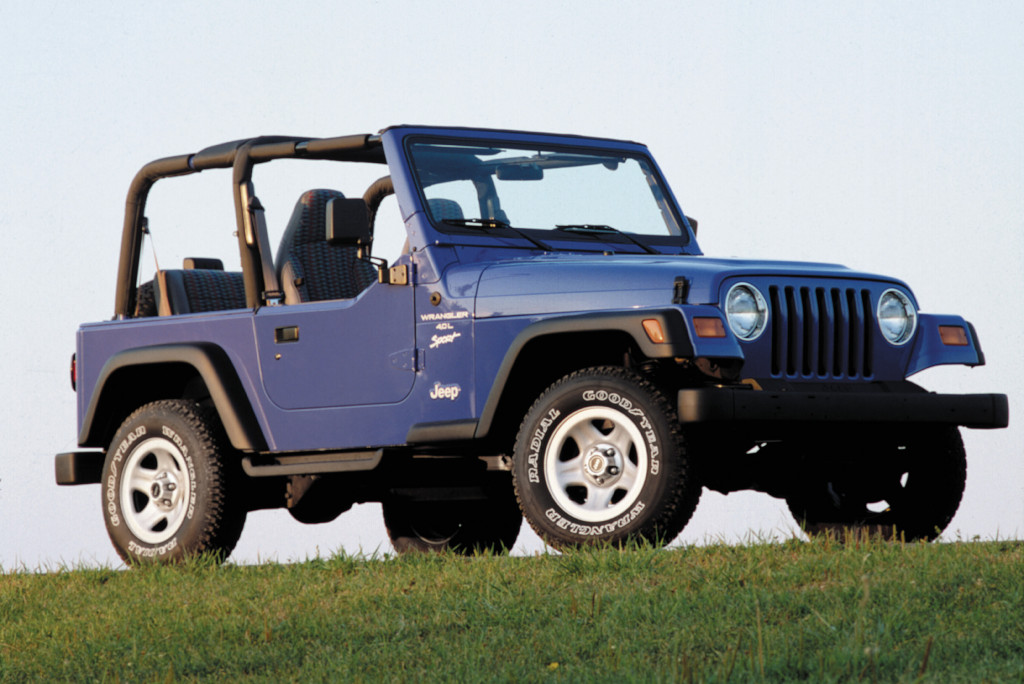 From the get-go, Santoro noted that the new Jeep he was designing was different. It wasn’t a complete redesign or a blank slate like the Cirrus and Stratus he had previously worked on. The entire body and doors were slated to be carried over from the YJ.

Santoro had the cowl, the hood, the plastic parts that get added to the body, and the grille panel to design; everything else was locked-in because there wasn’t enough budget to perform a clean-sheet redesign according to Santoro.

The budget for the redesign? Santoro said it was $150 million back in the early ‘90s, which in the car industry is “like coffee money. You can’t do a lot with $150 million.”

Santoro credits Chrysler for bringing in Jeep Jamboree staffers to talk. He looked into their nearly watering eyes and could see the Jeep Jamboree guys pleading to keep the Jeep true to its roots: boxy, hardcore, simple.

Santoro realized he was working on an icon. This is a piece of history, and he felt the weight of that responsibility.

Despite the limited resources and body panels, Santoro wanted to leave a mark. 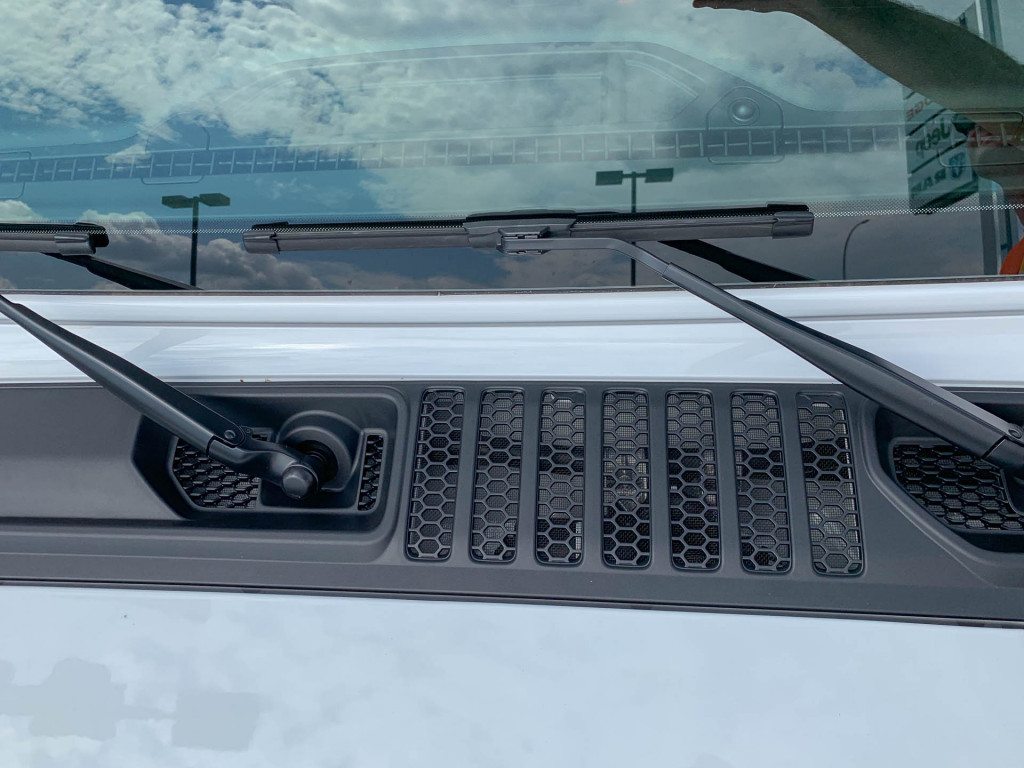 “Jeep owns that seven grille bar theme. And if you look at the cowl of the Wrangler, I repeated that pattern in the cowl to let air into the interior of the car,” Santoro said. Before that, there were just some slots cut into the steel and that was it. “It didn’t say Jeep.”

That began Jeep’s Easter egg, a signature now for the brand.

Santoro wanted his designs to return Jeep to its roots.

“How do you make the thing more Jeep? How do you enhance that in places that people wouldn’t expect,” he said.

Santoro’s also proud of what he called “the skateboard step.” The Jeep Jamboree guys complained that the steel or plastic steps that were attached underneath the door and hung down would get caught on rocks, tree branches, and interrupted their ability to keep the momentum while going up a hill.

“The skateboard step” was created when Santoro curled the end of the step-up and angled it so branches or rocks would be deflected under the vehicle. 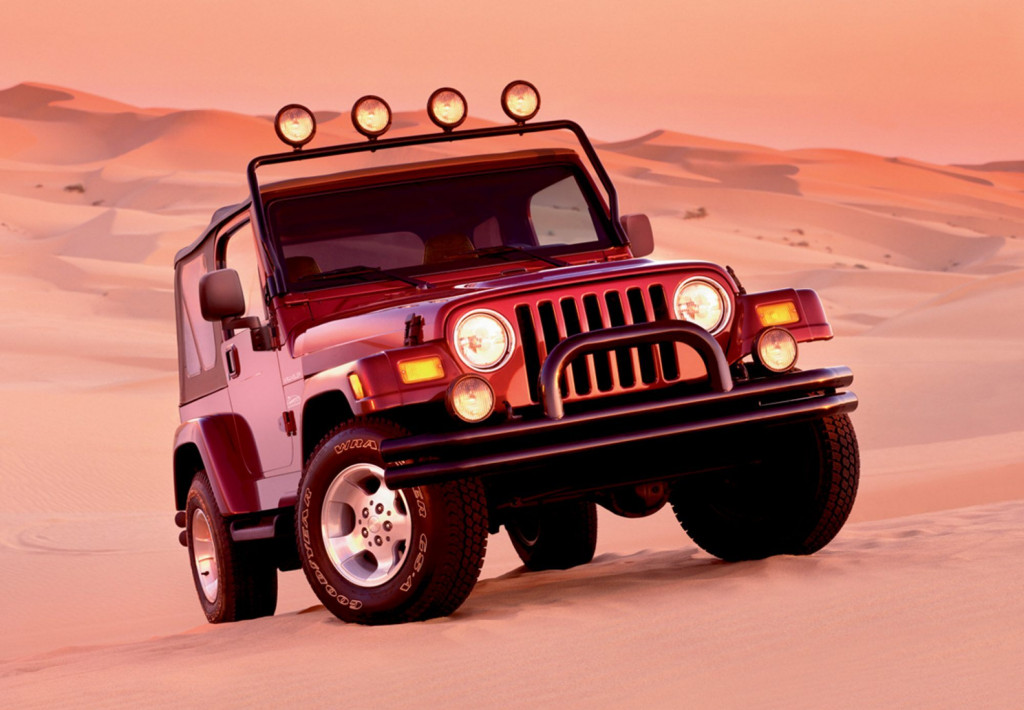 A bulldog is a great inspiration for an off-road vehicle because the widest point is very low, according to Santoro. The Jeep Wrangler has the same stance as a bulldog if you look at it from the front: it’s wide and solid, and it can’t be tipped over.

The rules from when Santoro designed the TJ still apply to today’s JL Wrangler: boxy and proud. The new Wrangler fits the mold.

But it’s more than just looking cool, it needs to go anywhere, too. 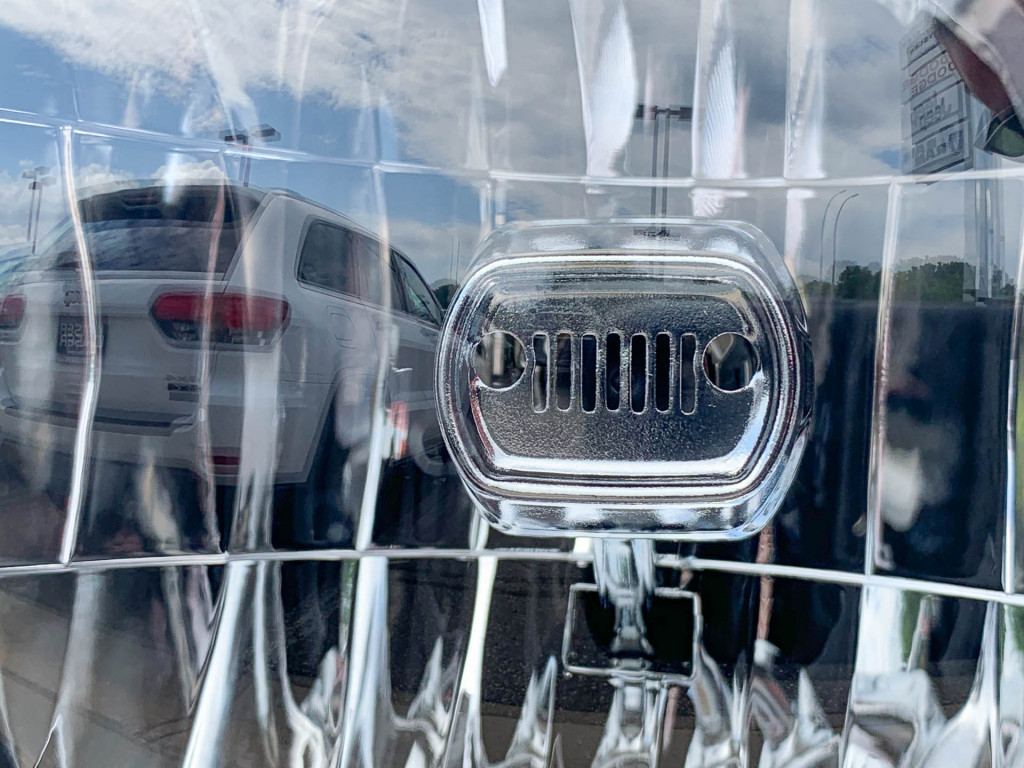 Sanatoro said Chrysler got smart by offering so many aftermarket parts ranging from different door systems to bolt-on parts: “It’s almost like Legos.”

All of this is what keeps the Wrangler’s spirit alive in Santoro’s view.

The Wrangler will stay alive because they are making it even more appealing by enabling customers the ability to customize it further.

If you continue to combine the bulldog-esque proportion, seven-bar grille, and round headlights “you’re going to have a winner,” he said.

It’s about keeping that DNA. Always looking back. Always knowing where you’re coming from, but then being creative about where you are going.

“I know that the Wrangler is in good hands,” Santoro said.