It's very rare for a car to maintain a halo for thirty years, even one as special as the Ruf Yellowbird. Its status is as well-cemented as that of the likes of the Ford GT40 and the McLaren F1, and like both of those, its formula is one that bears repeating

In fact, Ruf's work was so comprehensive that it managed to make the leap from simply being a tuning shop to itself being considered a full-fledged manufacturer under German regulations. Each factory-built CTR carries a Ruf VIN, rather than one from Porsche.

Spotting a real CTR is a little more complicated than that, however, as not all of them were actually built using Porsche-supplied chassis, also known as bodies-in-white. Roughly half of the CTRs built were converted customer cars that were originally purchased right off the showroom floor.

Jay Leno was recently joined by Porsche enthusiast Bruce Meyer and the Rufs—Alois and Estonia—to talk about Ruf CTR #001, also known as the first production "Yellowbird" 911, along with two of its descendants.

The original Ruf CTR formula was based on a stock Carrera 3.2, rather than a turbo model. Tuned within an inch of its life and sporting all-new body panels, the CTR made more than 550 horsepower and was crowned the world's fastest production car by Road & Track in 1987, beating out Porsche's own 959 supercar.

It took ten years for Ruf to build a successor, dubbed the CTR2. This follow-up was based on a 993 Turbo rather than a naturally aspirated model, and it sported a dual-purpose rear wing that included intercoolers to feed even more air to the hopped-up engine. 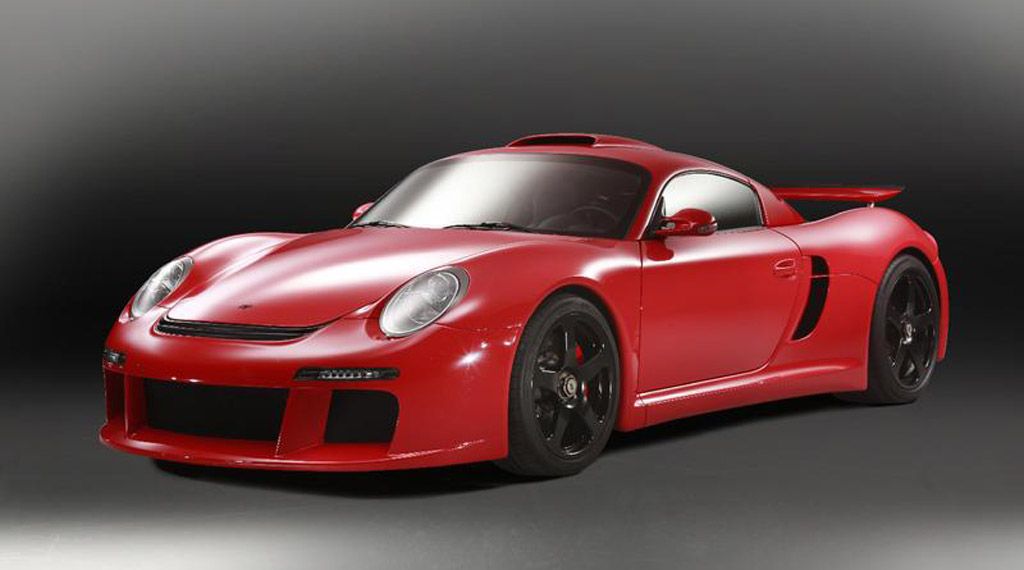 Ruf again took on the world's fastest production cars, but fell to McLaren, as it simply couldn't surpass the F1 in top speed despite offering 520 (and later 580) hp) and advanced aerodynamics.

The more recent CTR3 took a somewhat radical turn from the traditional Ruf formula. While it bears all the design hallmarks of the Porsches of its time (2007), it's actually built on an in-house, mid-engine chassis. It has more in common with a Carrera GT than the Cayman or Boxster of its time, boasting nearly 700 horsepower from its twin-turbocharged flat-6.

Leno's interview with the Rufs is absolutely worth the watch, as they come off as true enthusiasts who managed to make a living doing what they love. Check it out.