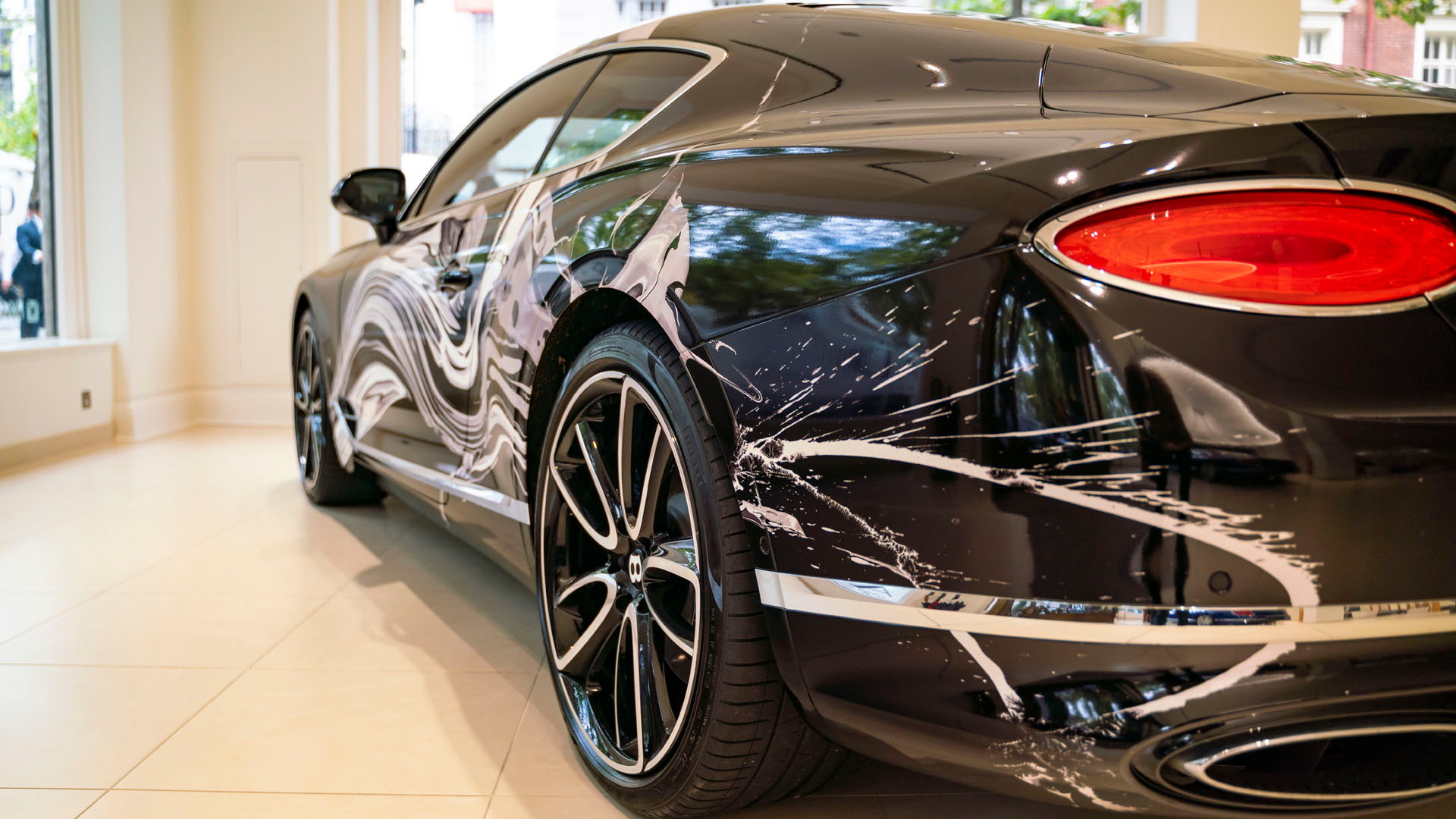 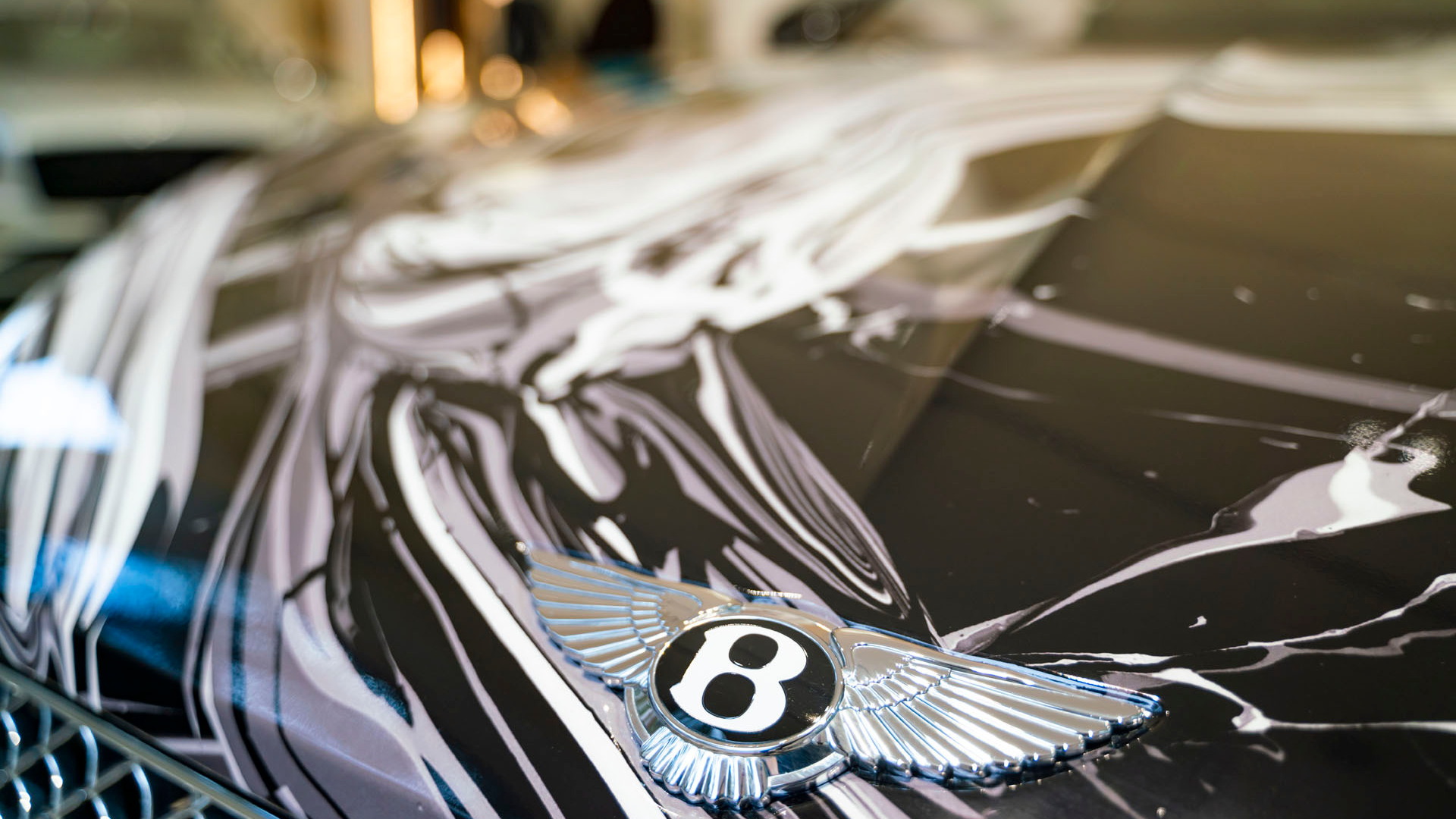 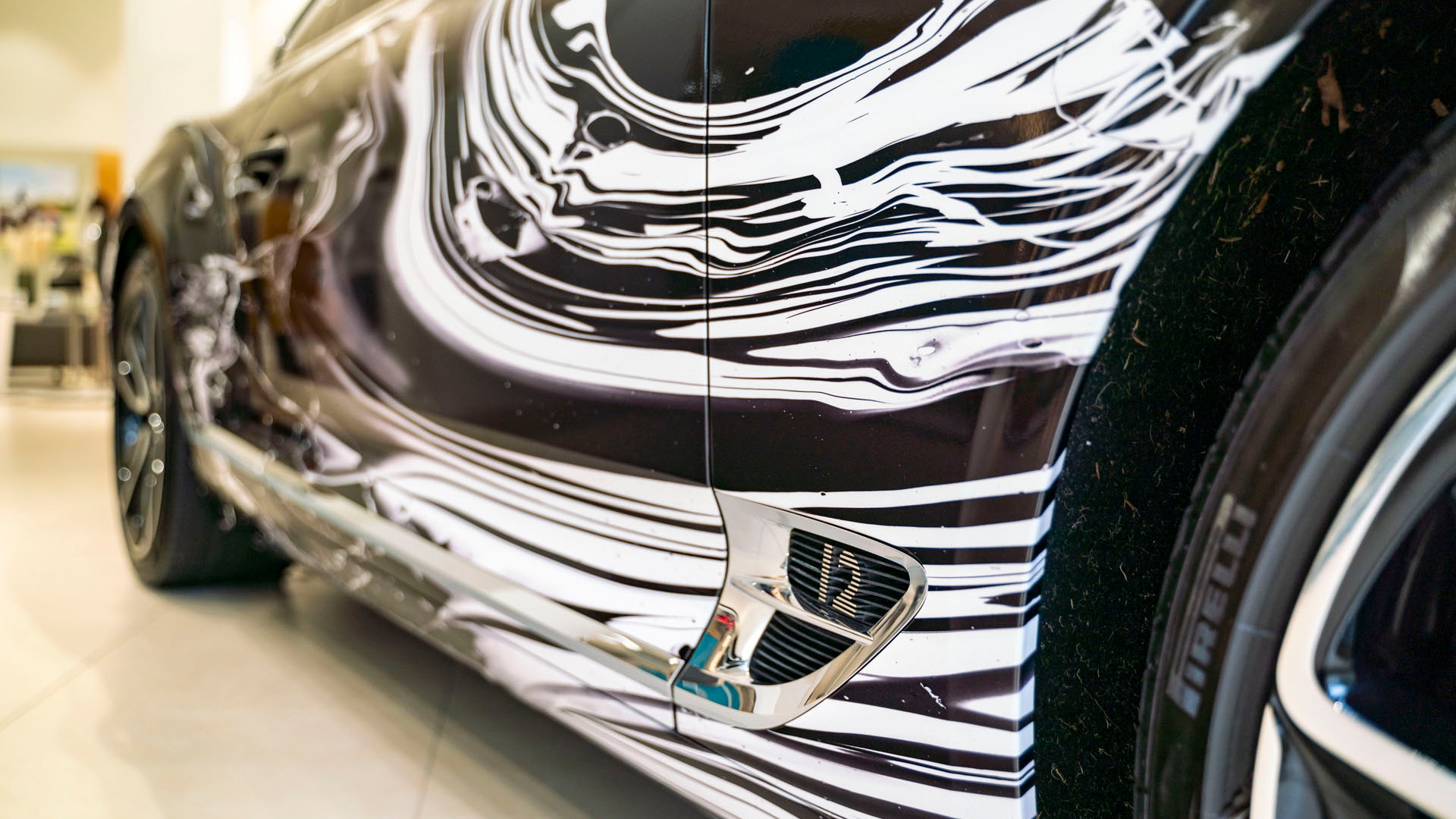 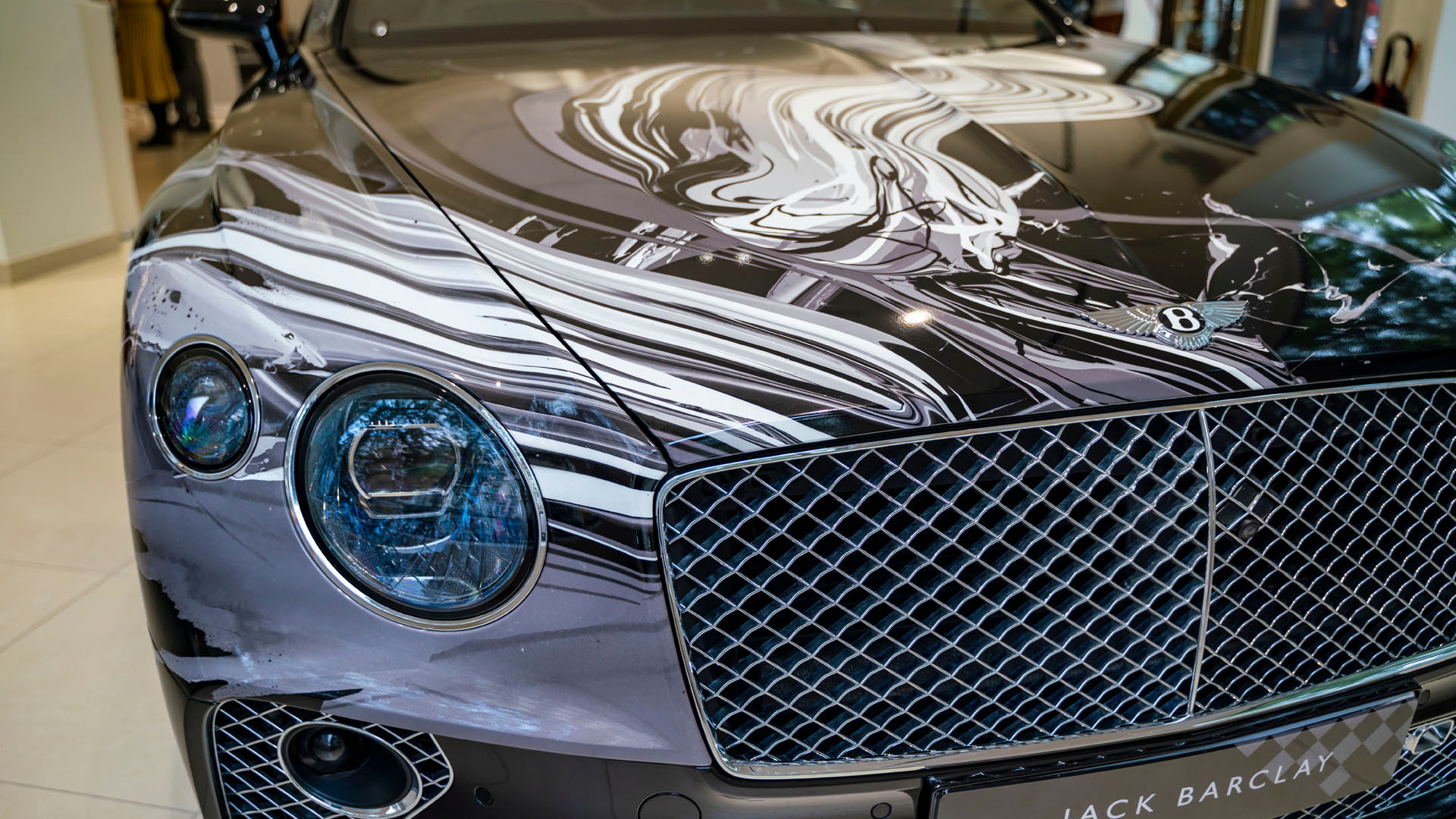 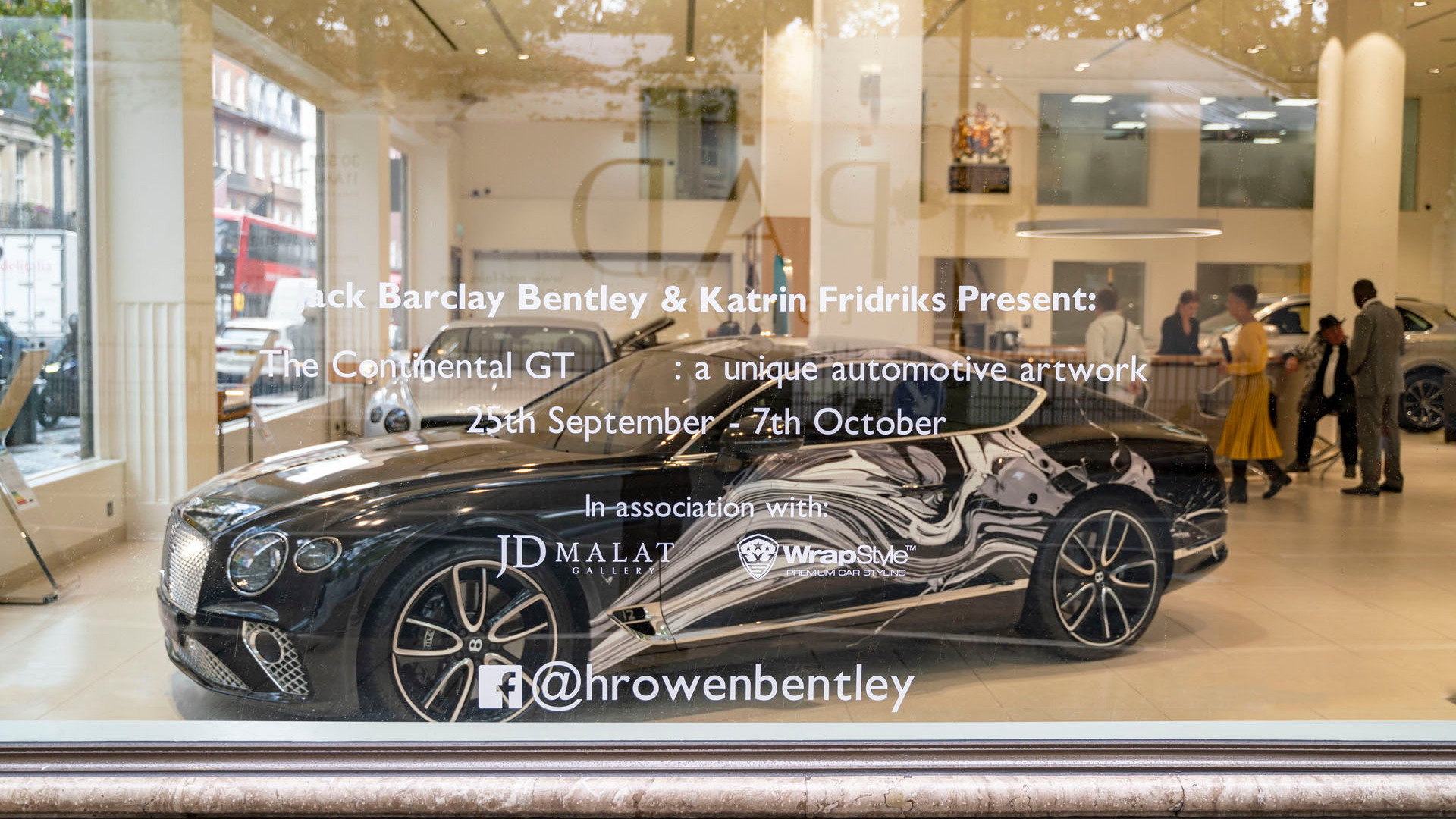 The Bentley is rather sedate, as art cars go at least. Fridriks' addition is made up of grey tones, which keeps the overall look rather subtle, especially on the deep black paint finish that served as her canvas. Bentley revealed the art car in a Monday announcement.

The car combines elements from recent Fridriks shows. Her first show at the JD Malat Gallery, called Gray Area, explored the shades between black and white (i.e. gray). Her larger show, titled "Speed of Light - Commander," examines the effect of speed in an abstract way. Fridriks aims for minimalism on the Bentley, using a limited color palette, but conveys depth and movement even on a two-dimensional medium. Fridriks' art takes cues from the geysers, glaciers, and volcanoes of her homeland.

The Continental GT is on display at Jack Barclay Bentley through Oct. 7, and will appear at the JD Malat Gallery for events thereafter.

“It’s the perfect marriage of the cornerstones of my art—capturing speed and energy, design, craftsmanship, precision and a strive for excellence,” Fridriks said in the announcement.

Fridriks' Bentley treatment is especially tame in comparison to some works the automaker has been involved with. Sir Peter Blake's Pop Art Bentley from 2016 was a wild, rainbow-colored affair that would have made Austin Powers blush, from the massive heart on the hood, right on down to the pink gear selector.

In the Pop Art Bentley's defense, it was sold at auction to benefit the Care2Save Charitable Trust. The Fridriks Bentley is for sale too, if the price is right. Jack Barclay Bentley did not list one—nor did it mention a charity—in its announcement, but we suspect it's not going to go cheap.