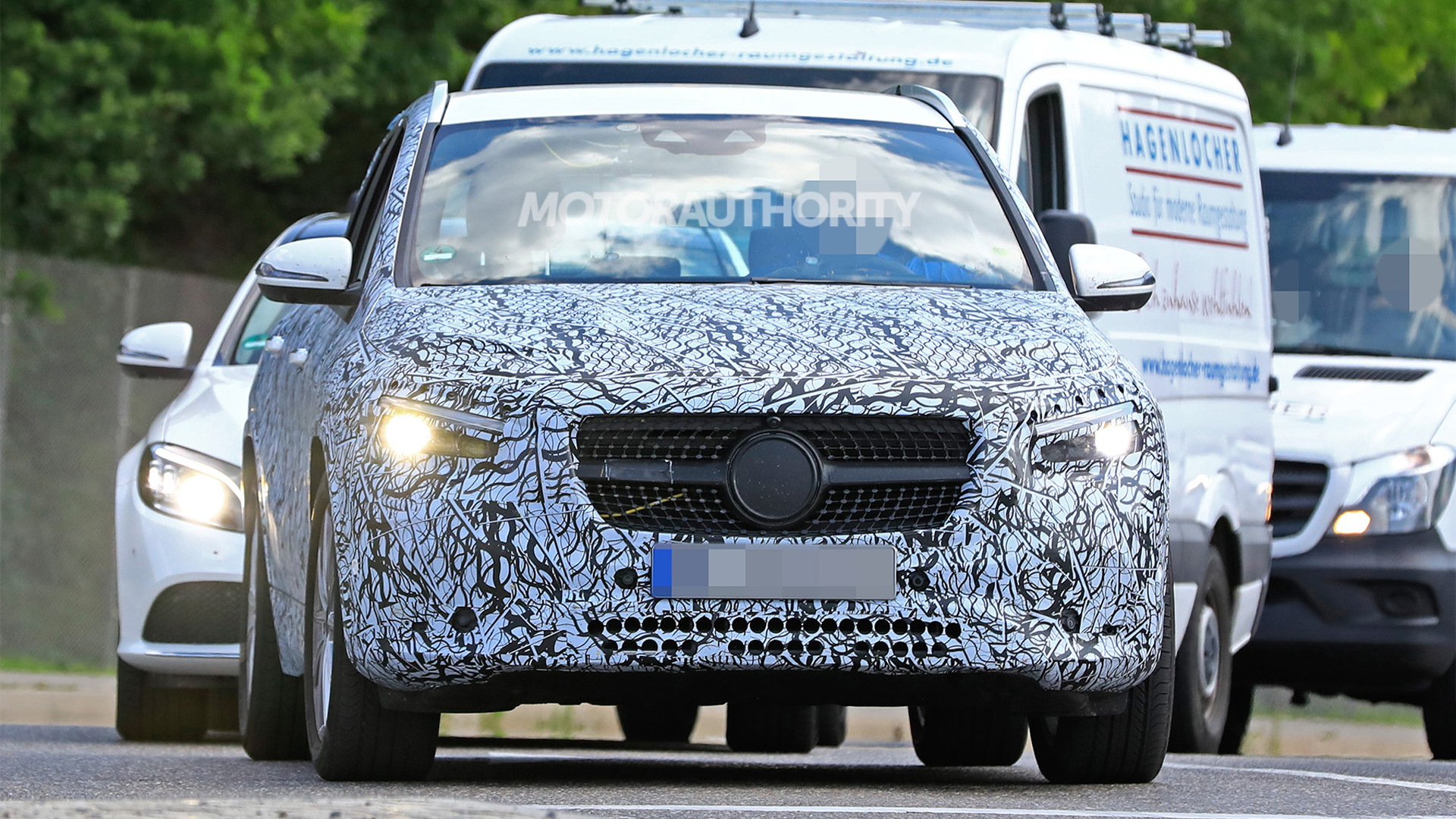 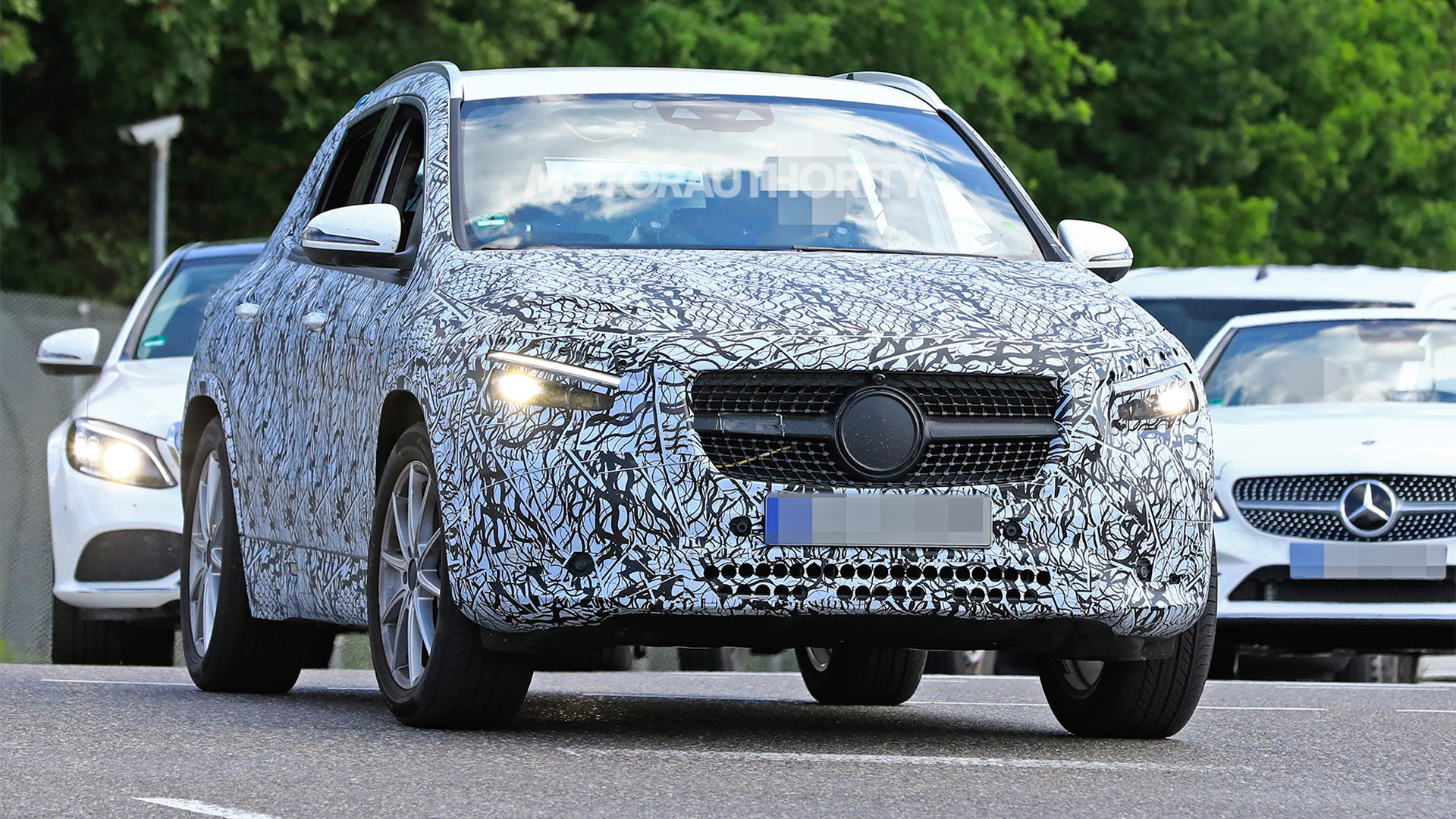 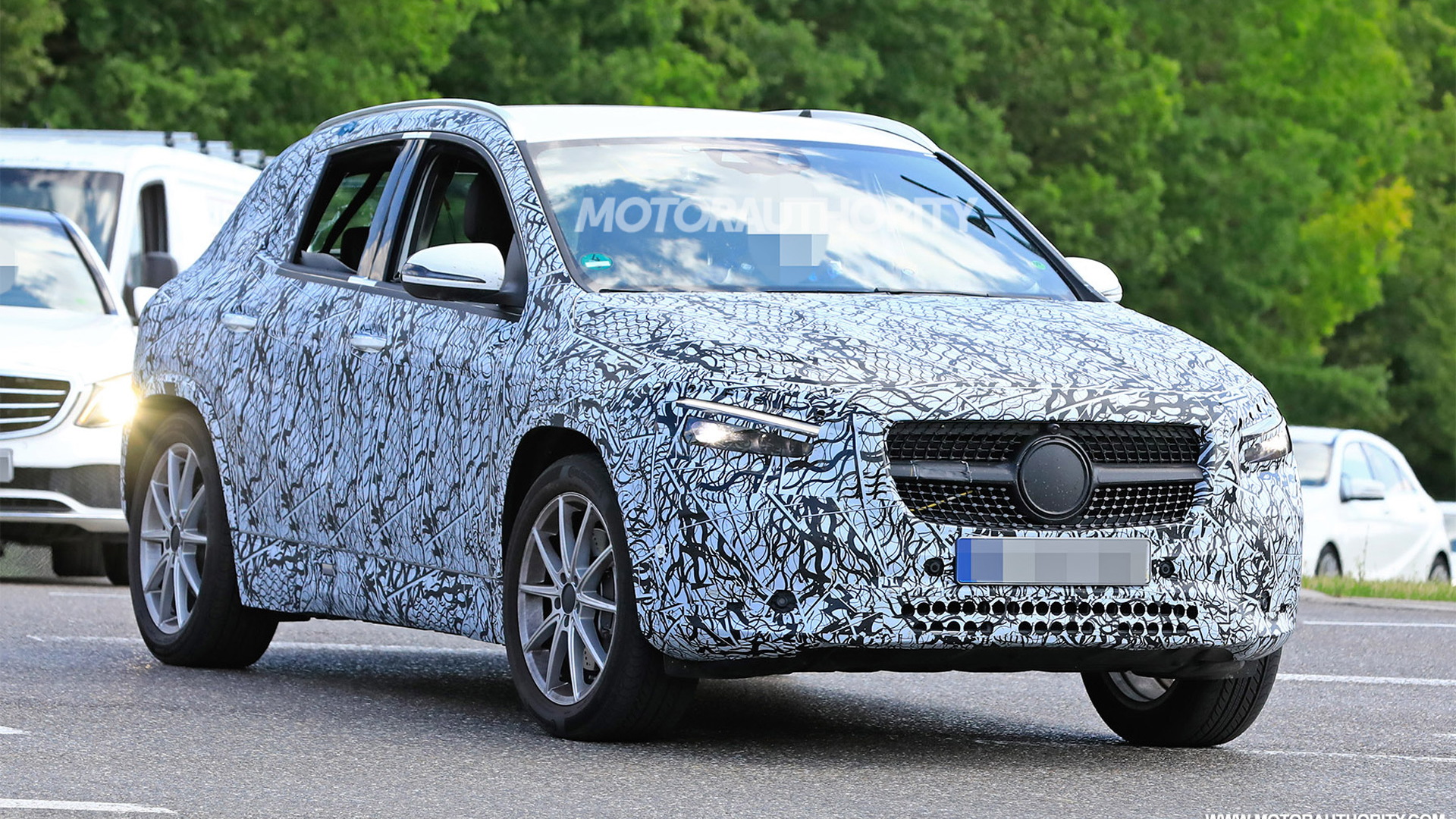 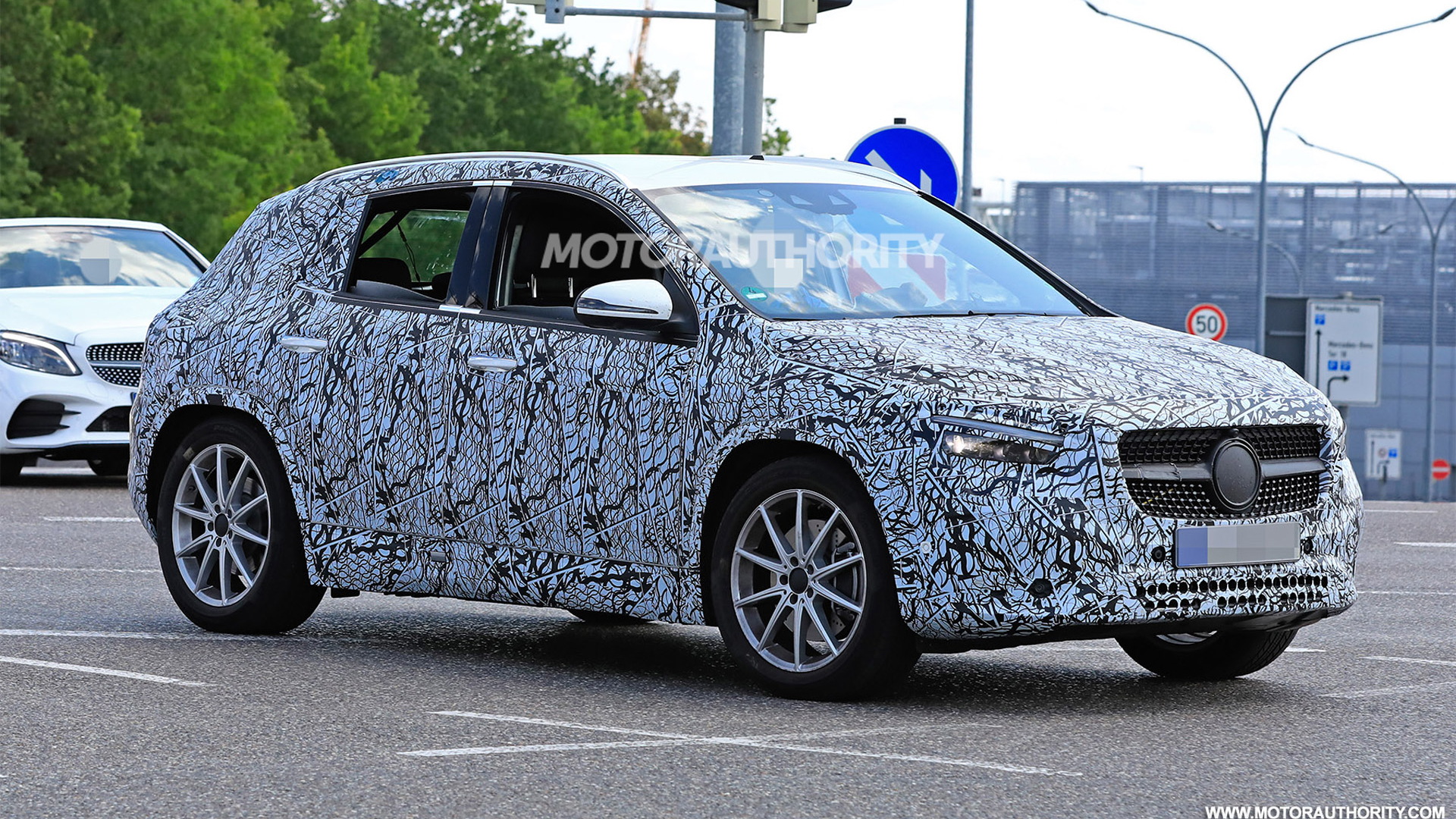 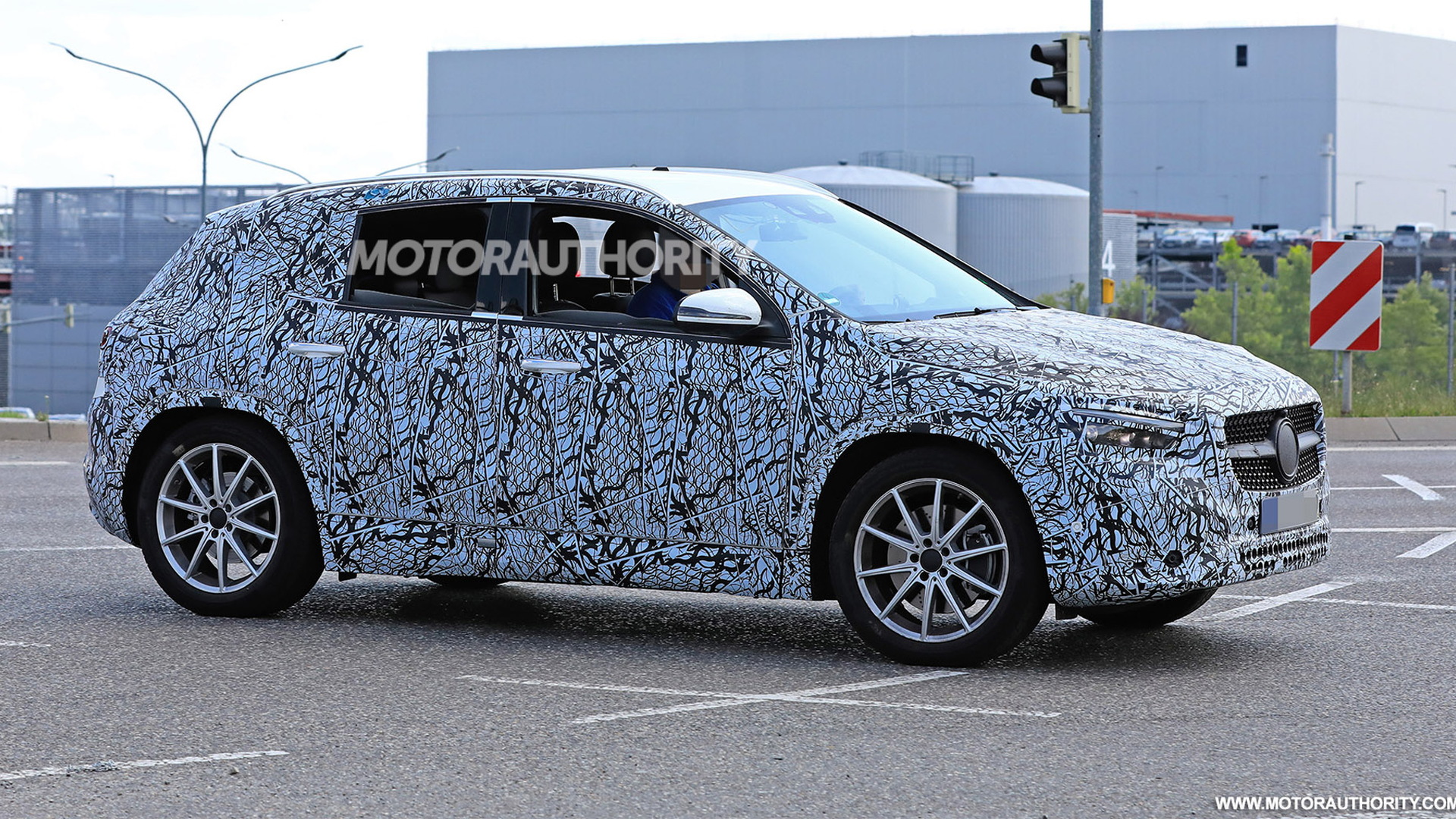 Mercedes-Benz has just launched the 2020 GLB compact crossover SUV, but the automaker isn't going to drop its existing option in the segment, the GLA.

In fact, a redesign for the GLA is coming and we've just spotted a prototype. It will likely trail the GLB by about a year, meaning we should see it introduced for the 2021 model year.

The spy shots show the new GLA maintains the current model's hatch-like shape to help differentiate it from the boxier GLB. The GLA also has a much shorter wheelbase than the GLB, and it looks to have taken on a more city chic design compared to its predecessor.

The ride height also looks to have been increased compared to the outgoing GLA, with the low stance being one of the biggest criticisms of the current model. The tall, hatch-like design is meant to appeal to older buyers who appreciate vehicles that are easy to get in and out of, but aren’t looking for big SUVs.

The new GLA is based on the same MFA2 (Mercedes Front-drive Architecture) as the recently launched A-Class, redesigned CLA and new GLB, meaning it will feature turbo-4 engines, a dual-clutch transmission, and available all-wheel drive. A plug-in hybrid option will likely be offered at some point as well.

The Mercedes-AMG division will offer its own versions of the GLA. These should include a new GLA35 with 302 horsepower and a repeat of the GLA45 with up to 416 hp on tap.

The MFA2-based cars also benefit from a much more advanced interface. Dubbed MBUX, short for Mercedes-Benz User Experience, the new interface features digital screens for the instrument cluster and infotainment system, much like on the pricier E-Class and S-Class models. There's also touch capability for the infotainment screen and you'll also be able to use natural speech to control many vehicle functions.

Availability of the new GLA in the United States is yet to be confirmed. If brought here, we should see it priced just above the A-Class sedan which starts at $33,495.

Compact cars have proven to be big business for Mercedes. Buyers snapped up 609,000 examples of Mercedes' compacts in 2018, which accounted for 25 percent of the automaker's sales, and the number this year is likely to be even higher due to the arrival of a redesigned range, plus new entries.