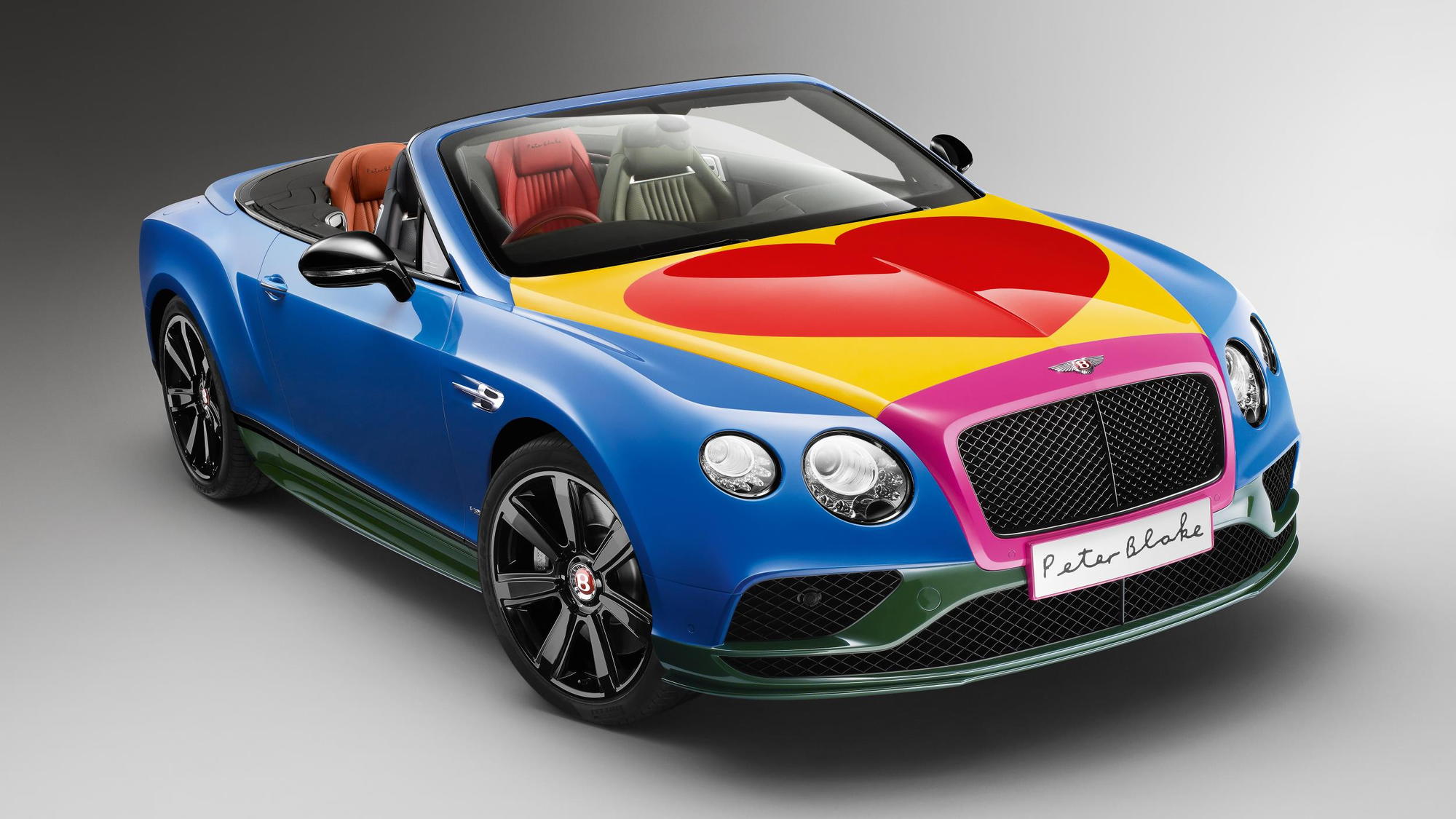 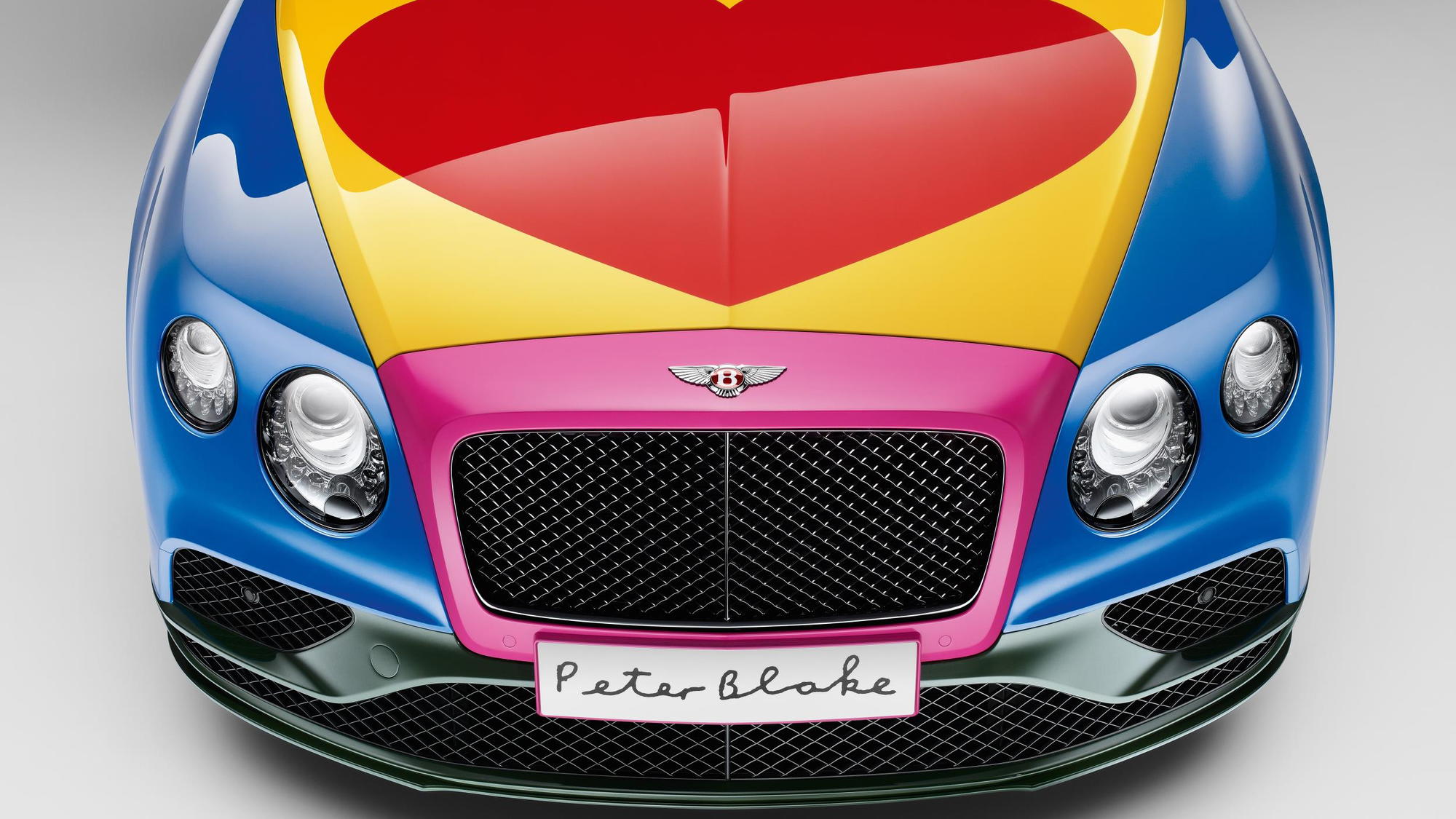 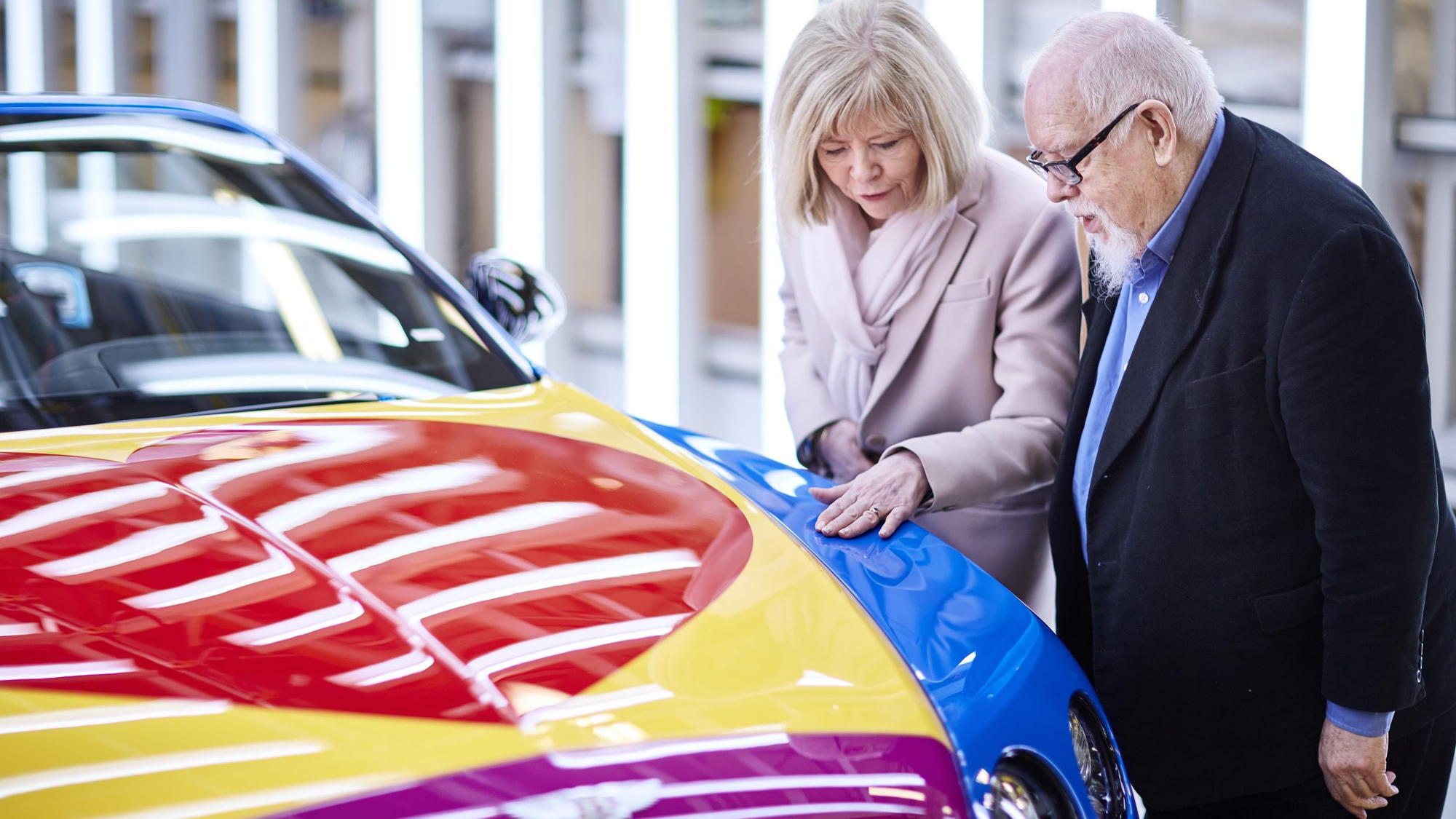 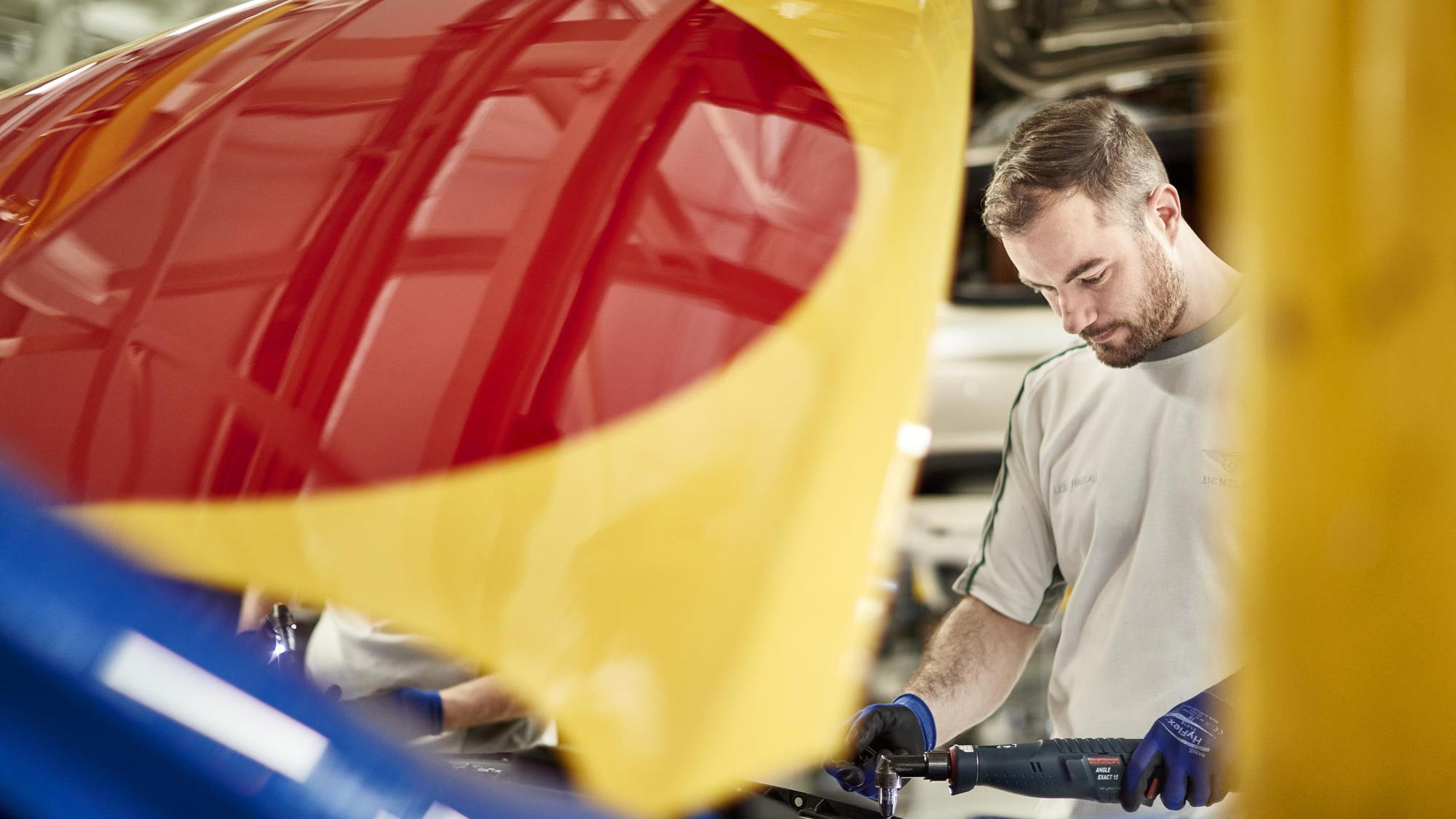 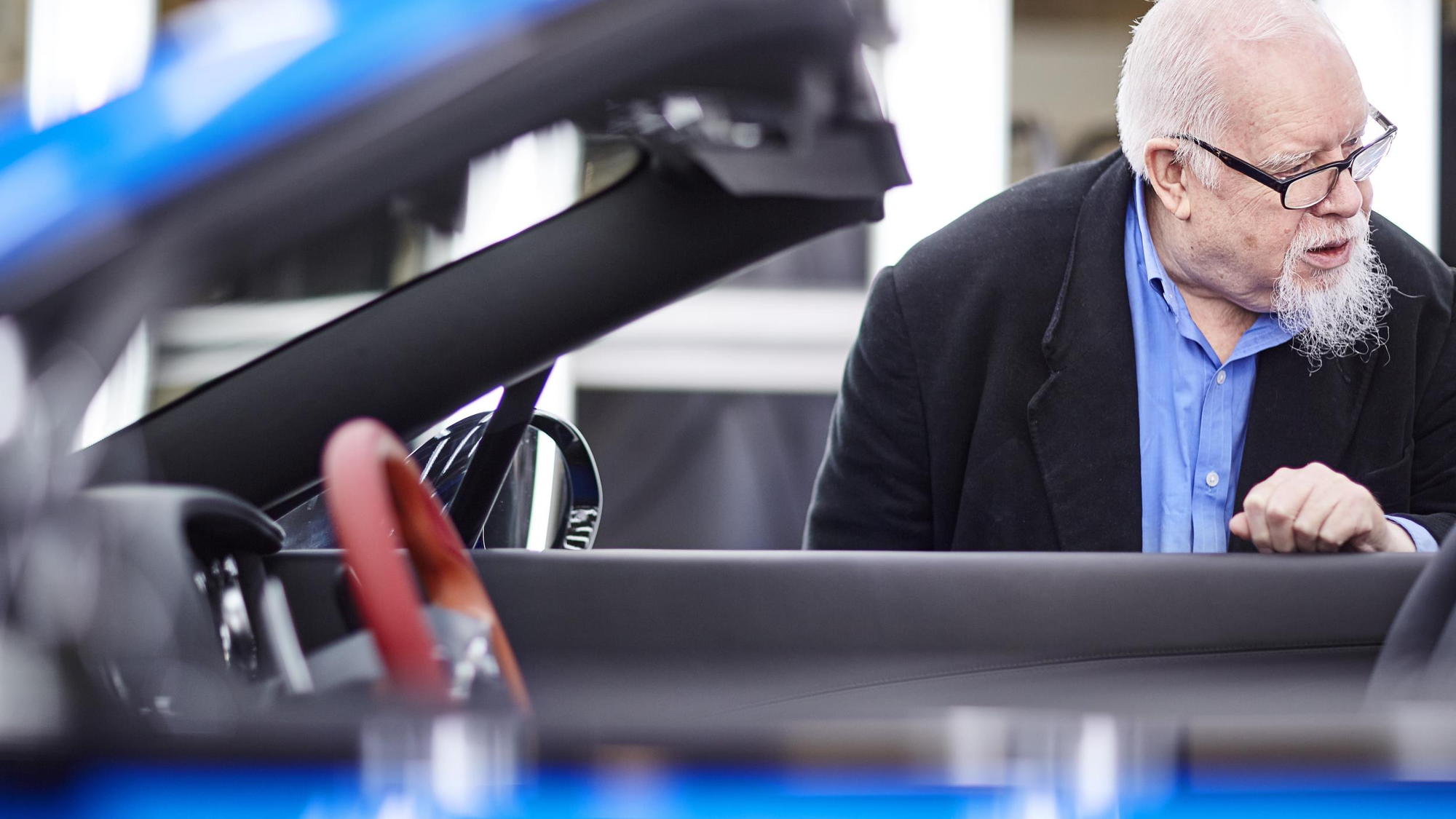 The brightly-colored droptop will head to auction at the Goodwood Festival of Speed on June 24, where Bonhams will sell it to the highest bidder to benefit the Care2Save Charitable Trust.

“I am proud to have been involved with transforming this beautiful car, and have enormous admiration for the people at Bentley who brought my design into being, to produce this one-off lovely car,” Sir Peter said in a release issued by Bentley.

Sir Peter Blake is arguably best known for being the creative mastermind behind the sleeve for The Beatles' Sgt. Pepper's Lonely Hearts Club Band record album.

As for the car, it features a St James Red heart motif hand-painted on its bonnet, er, hood and extensive use of bright, bold colors.

Inside, the car is just as bright as it is outside. It boasts a different shade for each of its four leather seats, and those colors are repeated on its steering wheel.

The car also features Sir Peter's signature on the front fascia panel and on all four headrests.

Want a weird Bentley with tenuous ties to The Beatles? Head to Goodwood in June and put in your bid.