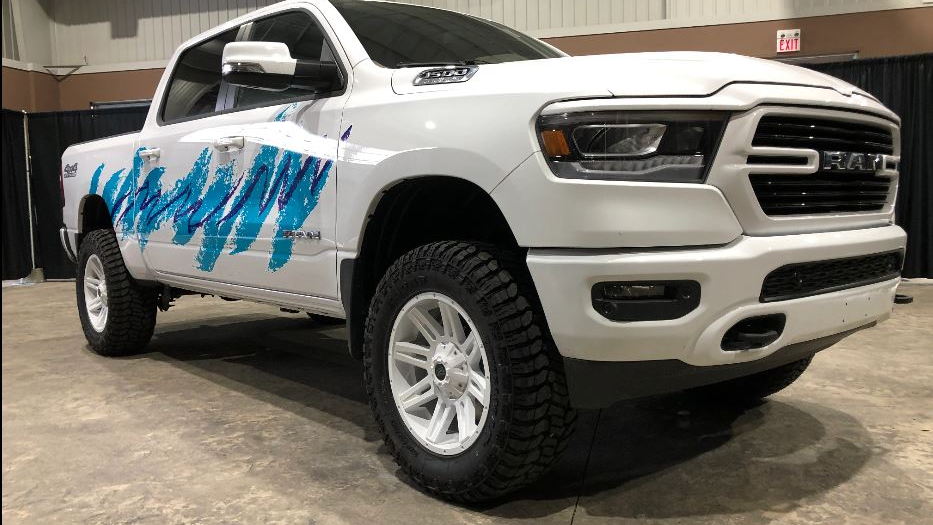 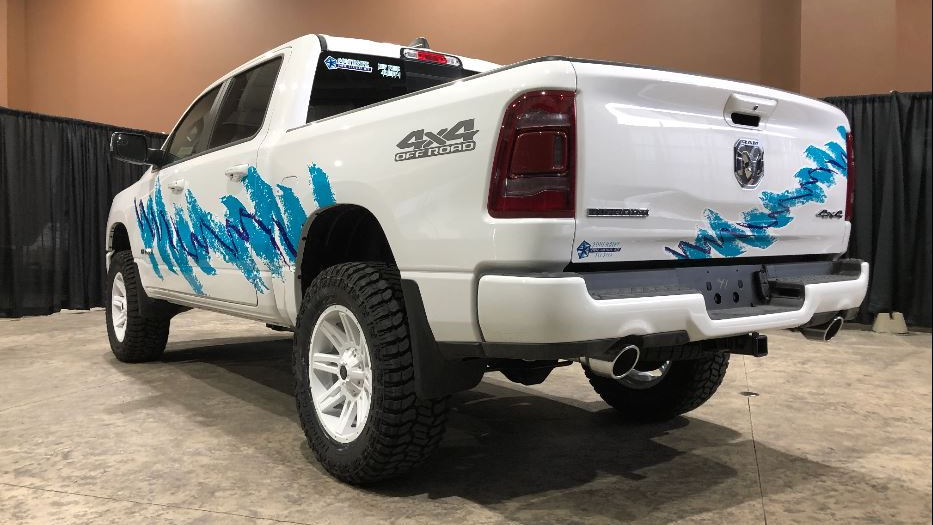 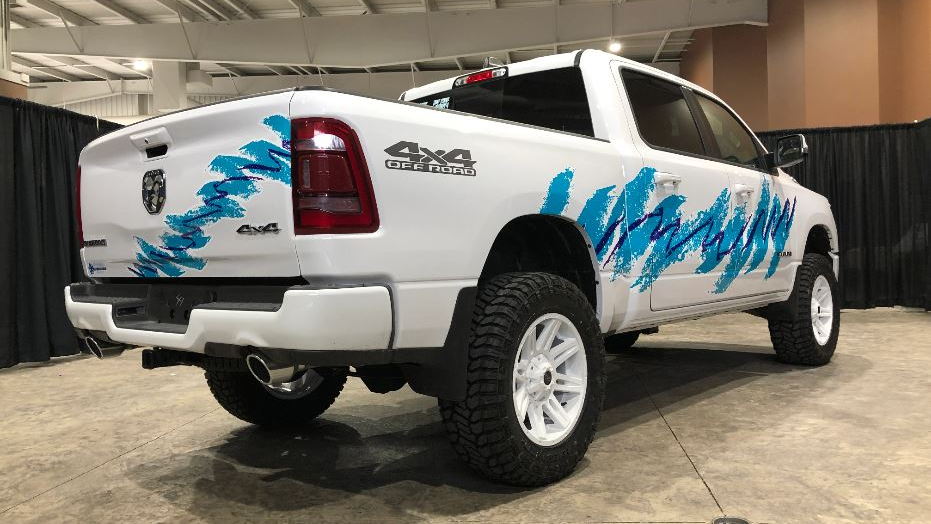 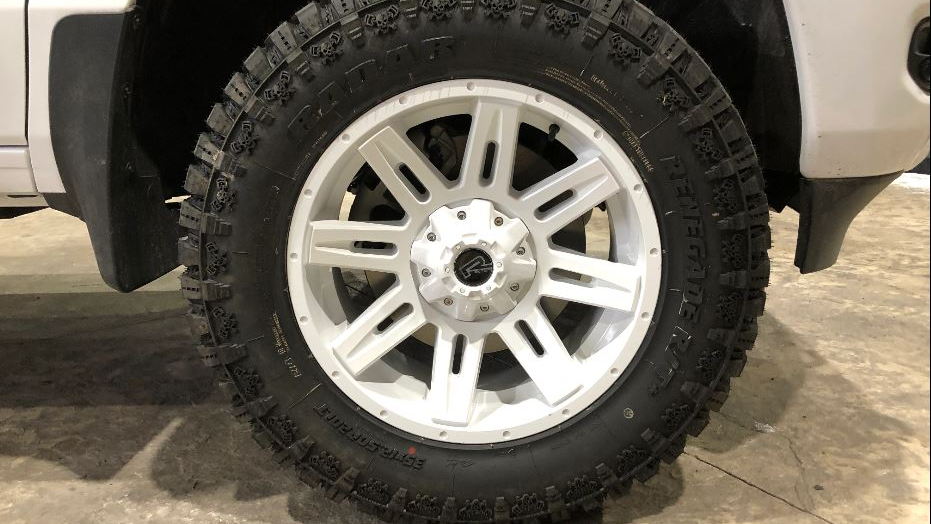 It's no secret that rad culture is experiencing a nostalgia-fueled renaissance. One Canadian dealership has decided to lean into this trend with a borderline-painful throwback treatment on a 2019 Ram 1500.

Between the turquoise wave side graphics (yes, they continue on the tailgate), the white paint, and the white wheels, yeah, this feels pretty '90s, which is exactly what Southside Dodge Chrysler Jeep in Red Deer, Alberta, Canada, was going for when prepping the truck for the showroom.

Its staff even leaned into the theme with this amateur camcorder-filtered video posted to Facebook:

Scope those outfits. If it's attention they wanted, they hit it out of the park, and we're thankful that The Drive was among those who noticed last week. We may be square in this ad's demo, we'll admit, but there's nothing to hate about this enthusiastic approach to online promotion.

If we're being honest, though, as cool as this is, it's hard not to notice how out-of-place those graphics look on a modern truck. The soft, flowing lines of today's pickups don't contrast with the wave decal the way the sharp angles of a mid-1990s Dodge Ram would have.

OK, let's be honest; this would have been on a Dakota. We have visions of Magnum engines and forest green paint dancing in our heads.

Another not-so-throwback characteristic of this Big Horn crew cab model is the price. At approximately $45,000 after incentives, this truck commands coin that would make a Clinton-era shopper turn as white as its paint finish.

Don't think we're nay-sayers, though. We hope this sort of thing catches on, just perhaps with more style.