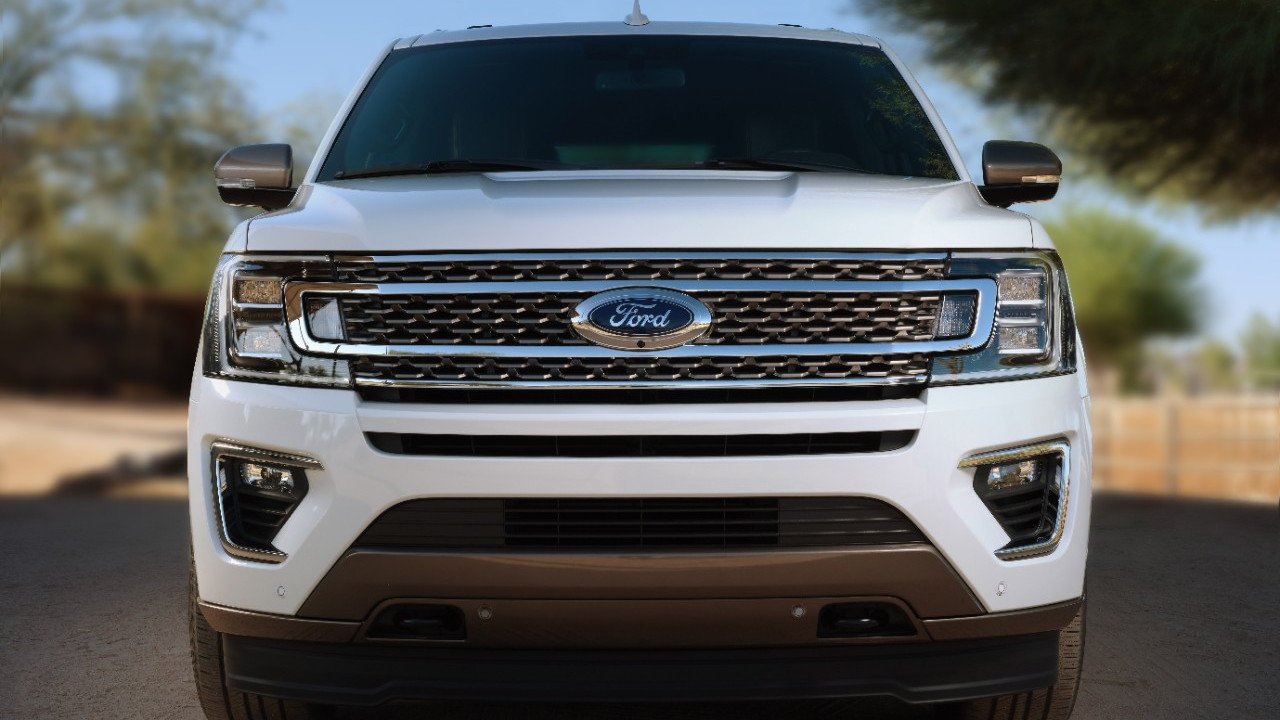 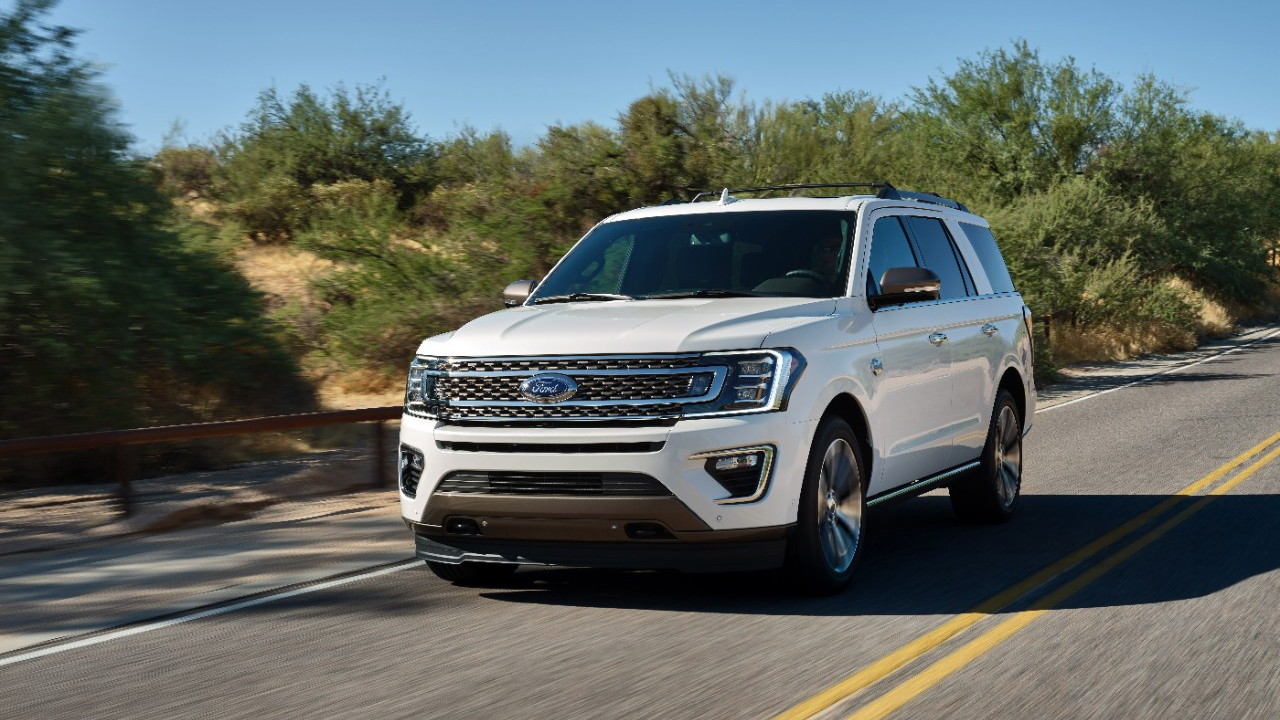 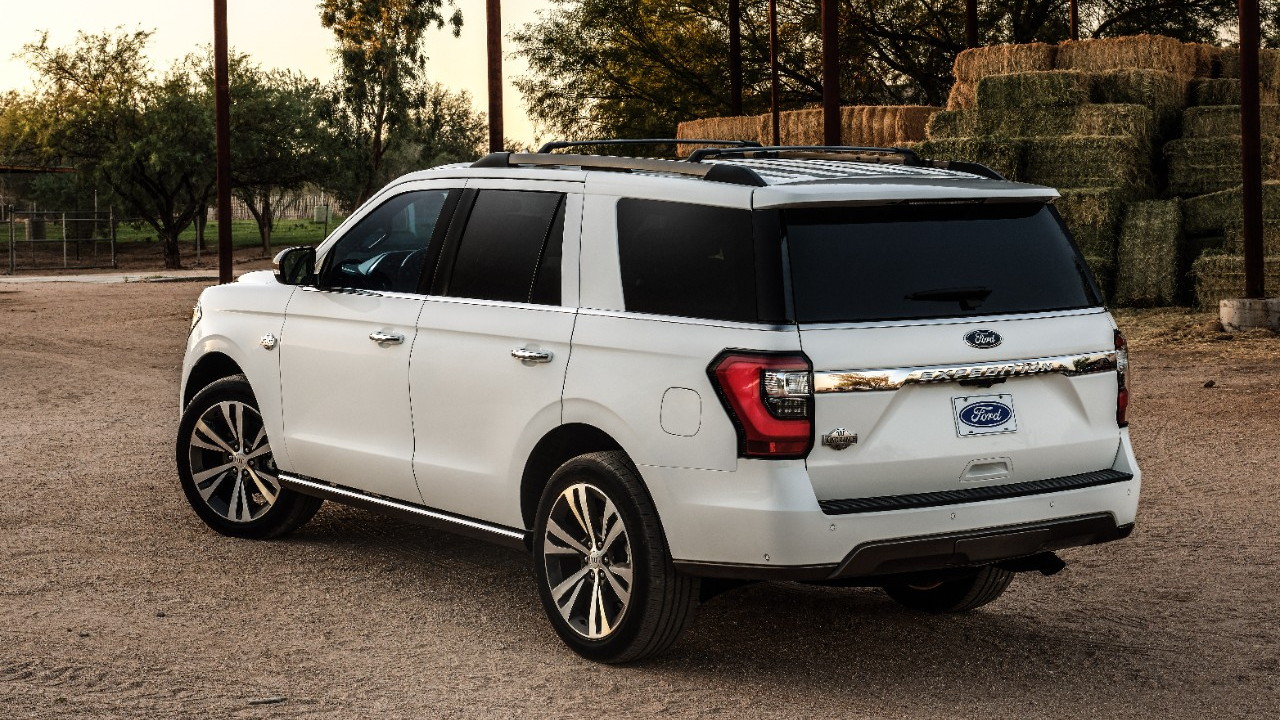 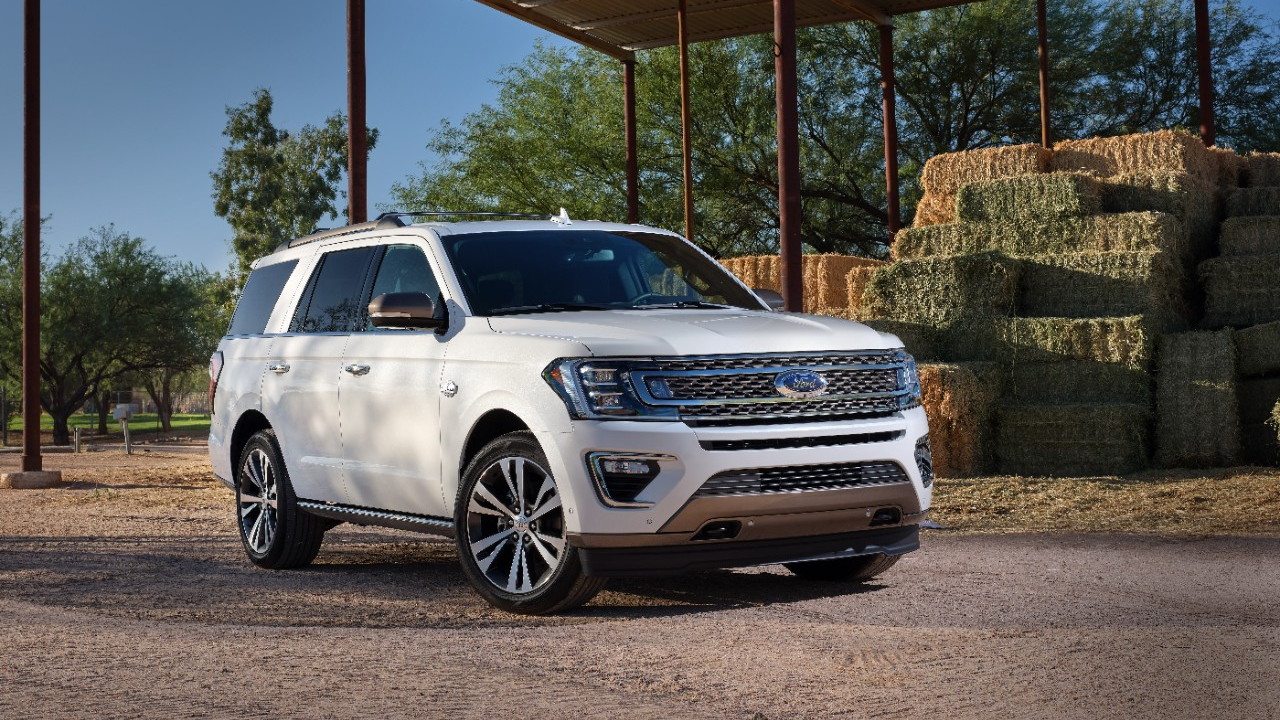 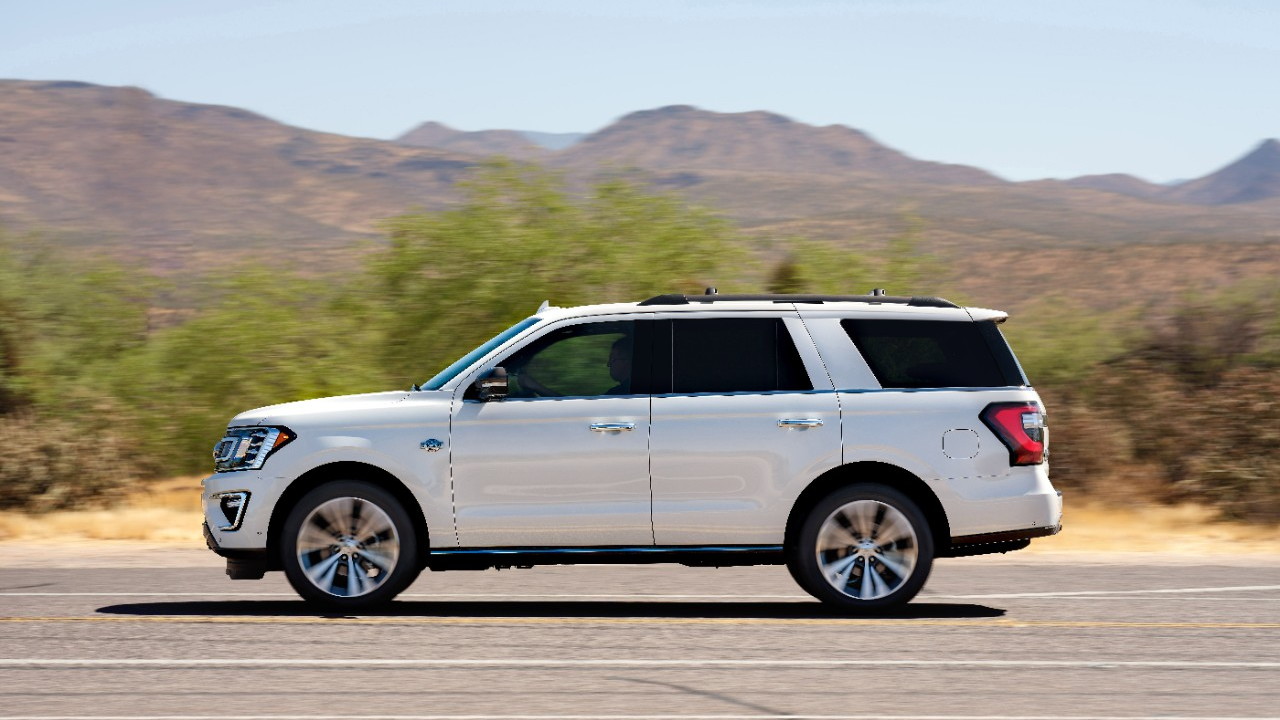 Ford's full-size Expedition is big everywhere, especially in long-wheelbase form, but thanks to one of Ford's best-known truck packages, it somehow still manages to be just a little bit bigger in Texas.

The King is back—King Ranch, that is—and bigger than ever. Outside, it gets Stone Gray paint on the mesh grille, power running boards, a rear bumper skid plate, trailer hitch cover, roof-rack side rails, lower fascias, and custom side mirror caps. It can also be identified by its unique 22-inch wheels and body-colored upper fascias.

Inside, ebony Del Rio leather covers the seats (which are embroidered with King Ranch branding) and is accented by wood veneer. Equipment-wise, the King Ranch largely mirrors the existing Platinum model, with adaptive dampers and a power-folding second row standard.

While the Texas-inspired King Ranch package first made an appearance on the F-150 pickup way back in 1999, it was added to the Expedition in 2005. Ford is not the only automaker to offer equipment packages with a Lone Star theme; Chevrolet's Suburban is offered in a Texas Edition, which is essentially a popular equipment package. Unlike its competitors, though, the King Ranch is a nationwide offering.

Ford is also giving its top-end Platinum model a few new niceties to keep things fresh. A new set of 22-inch wheels is the most obvious inclusion, but there's also a new leather-wrapped instrument hood, plus updated trim on the front doors and the center console.