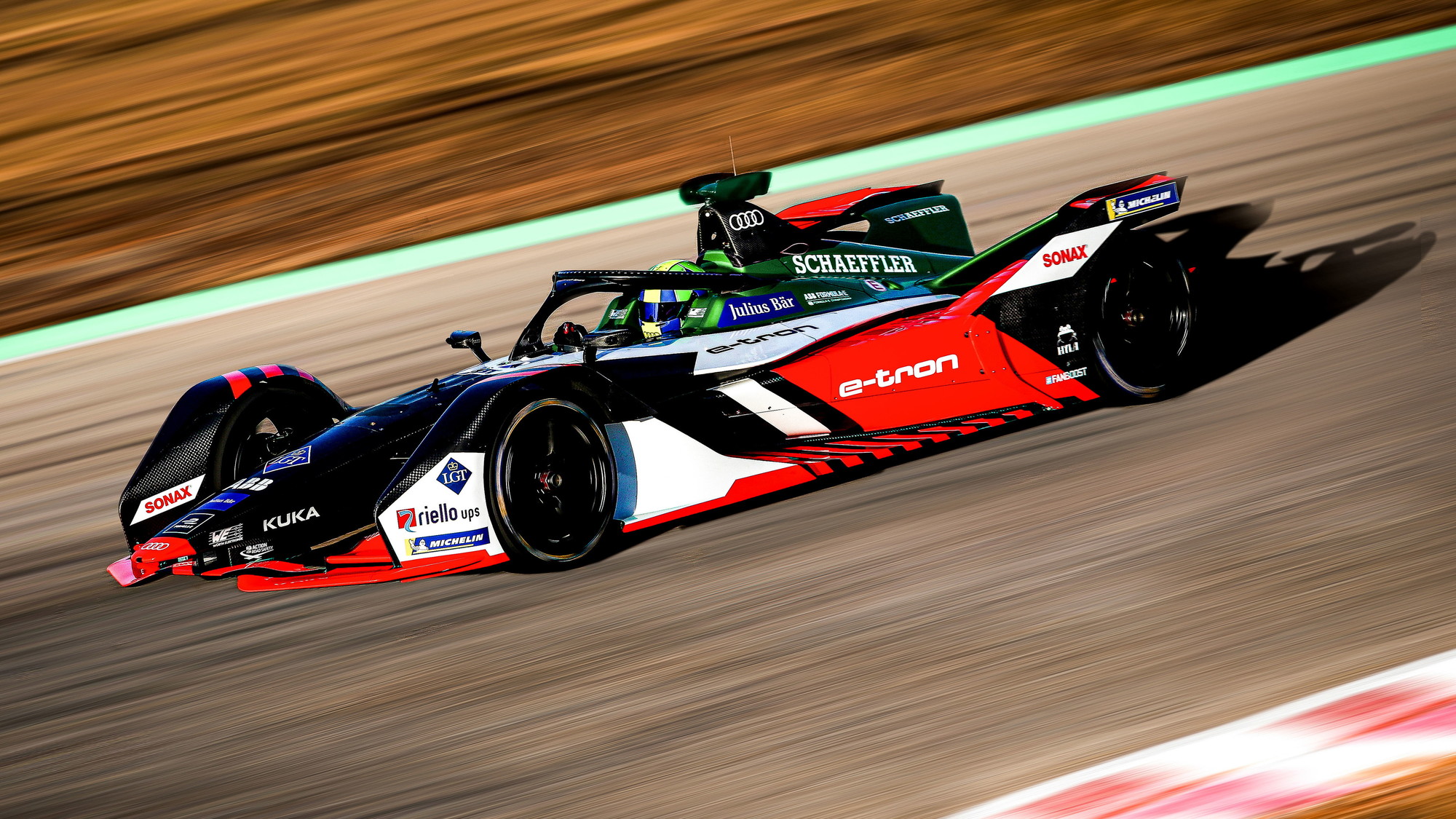 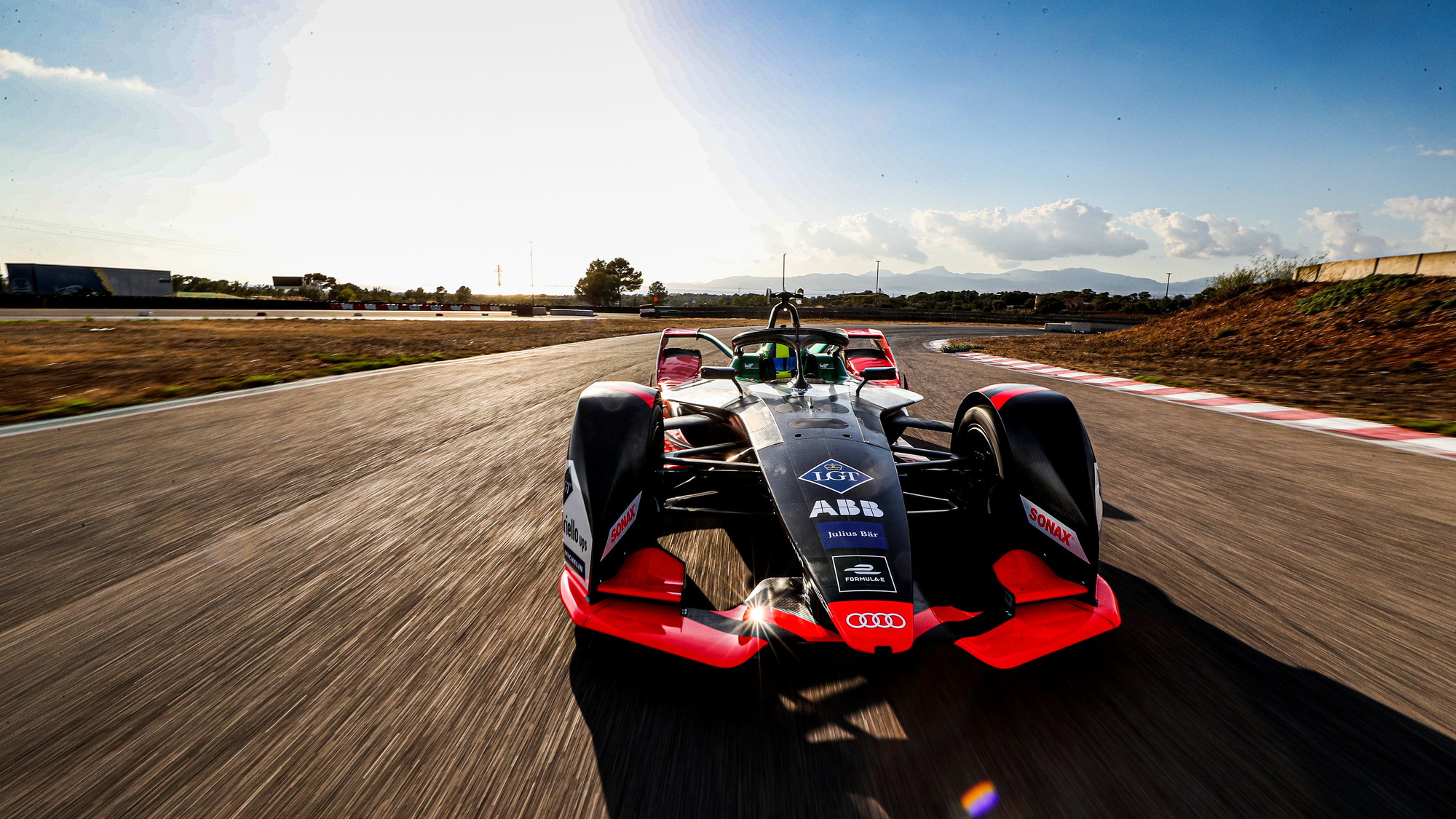 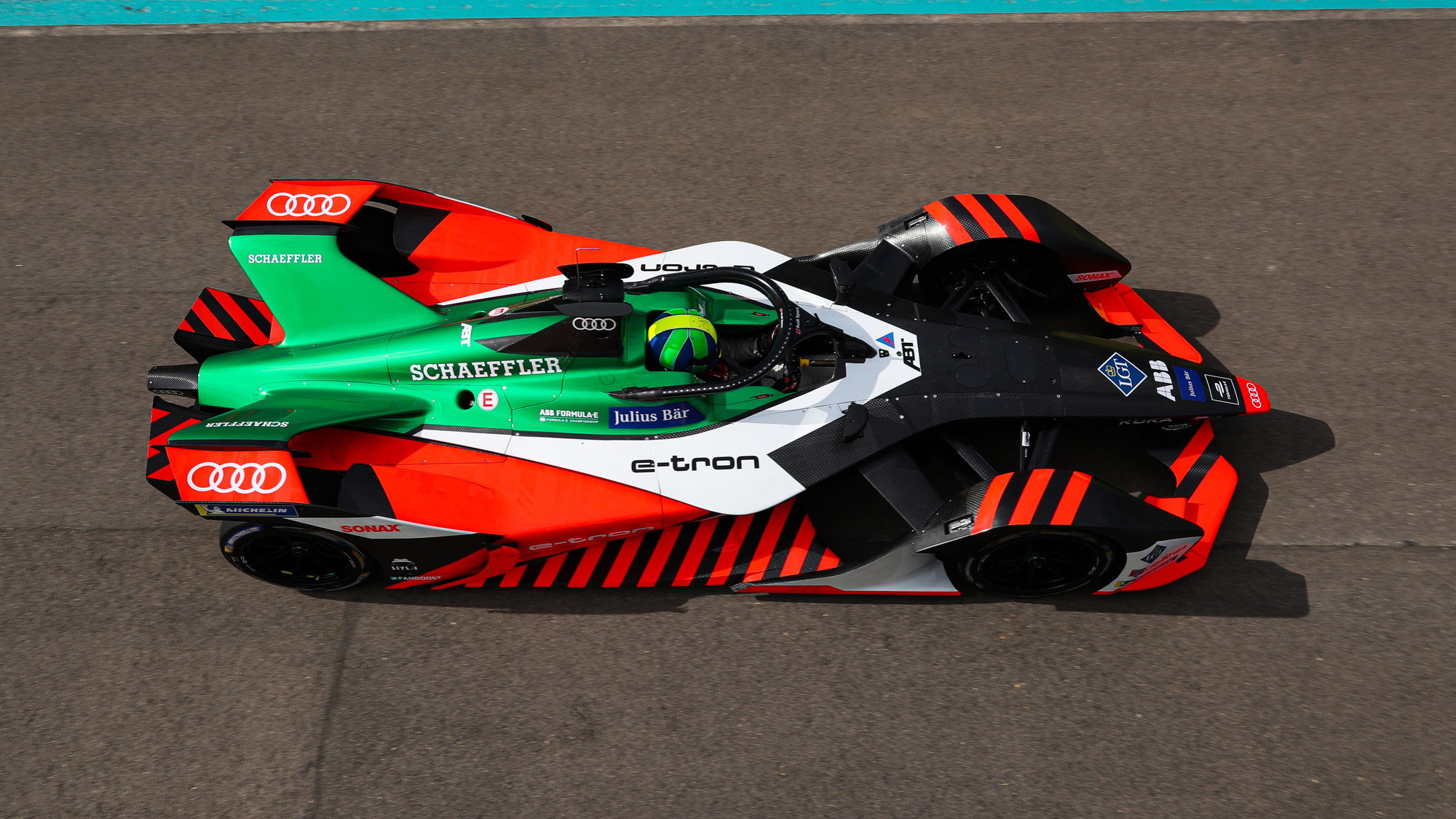 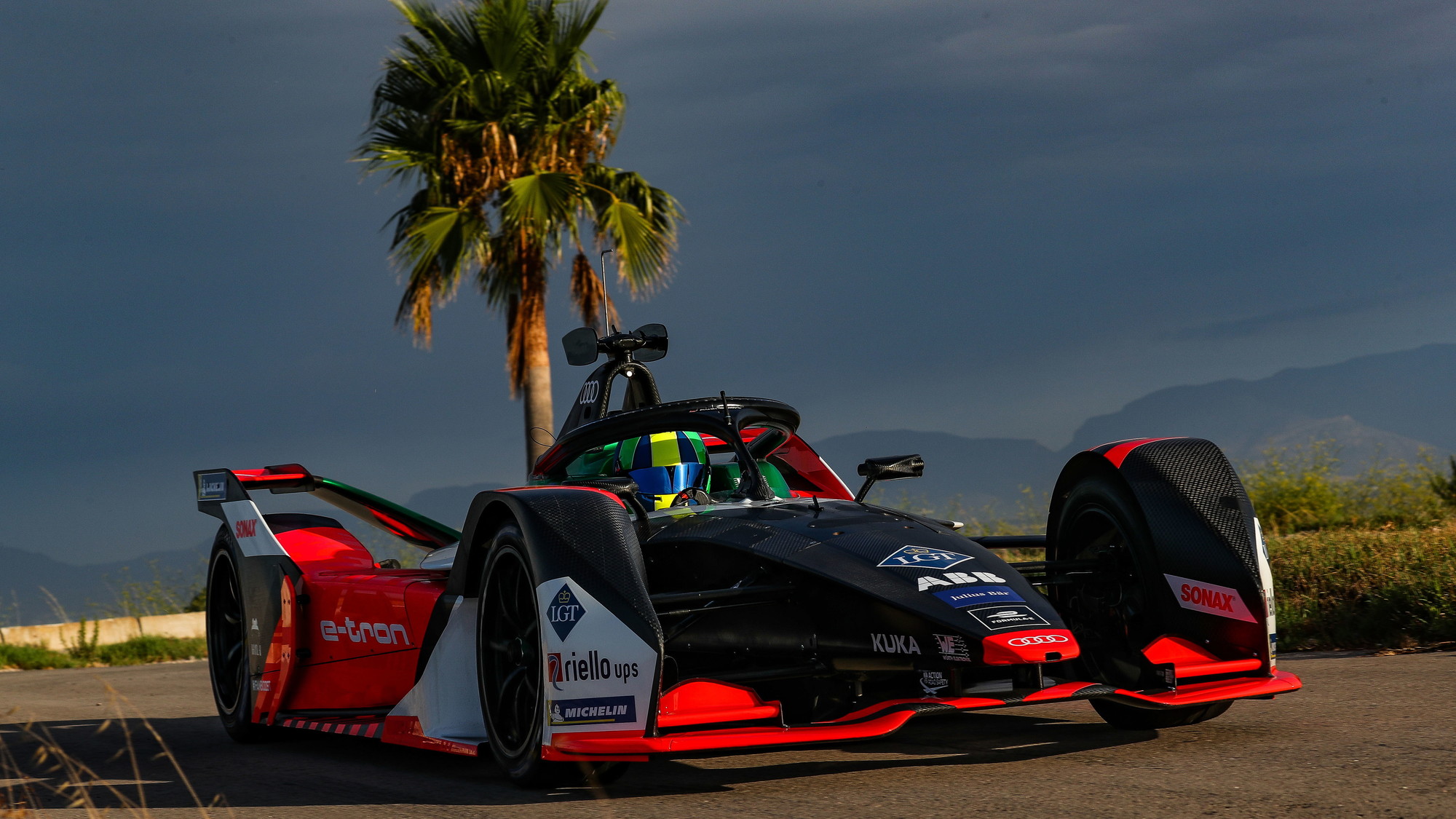 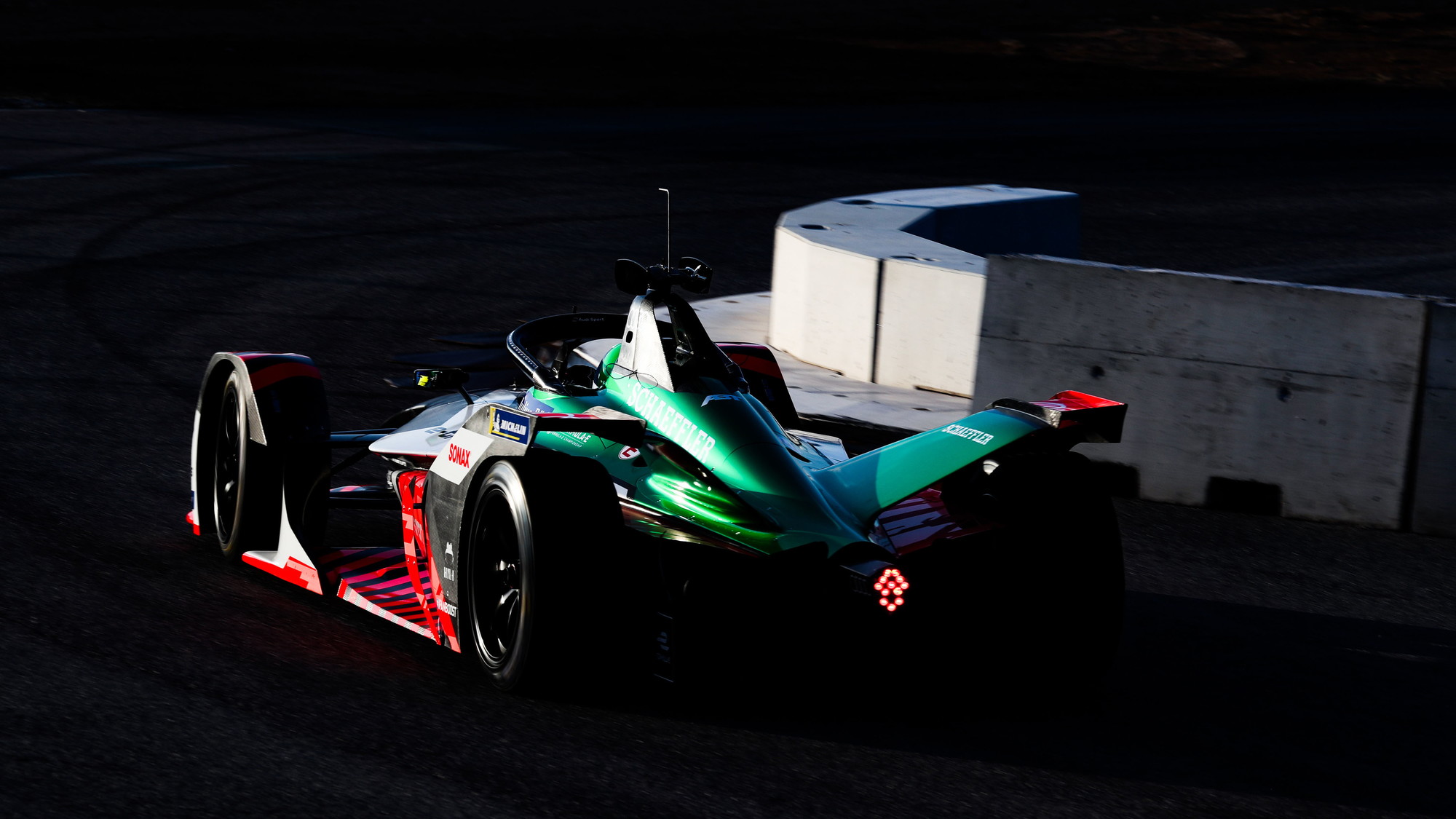 Audi's FE06 E-tron Formula E race car will make its global debut in Frankfurt ahead of the 2019/2020 racing season, giving the world the opportunity to see the new all-electric machine in its naked glory before the competition heats up.

Formula E builders are all given a spec chassis, so the bones of Audi's FE06 are the same as those of other cars entered in the upcoming season, such as the 99X Electric from Audi's sister brand, Porsche, which is entering the series for the first time. Fellow German manufacturer Mercedes-Benz is also making its Formula E debut for 2019/2020.

Since all of the bodies are essentially identical, automakers are left to define their approach through powertrain engineering, suspension tuning and, to an extent, their visual flair. This year, Audi is going for more eye-catching theme, with bright orange dominating the FE06's flanks and lower aero components. It's a large departure from last year's scheme, which suggested a bit of nostalgia for the old TDI days.

The announcement was light on technical details, but there are some things we know just based on series regulations. The single-motor design should carry over (at least in fundamental layout) from the FE05, as twin-motor systems have been banned starting with the 2019/2020 season. Attack Mode has a higher power ceiling this year, which means peak race output will increase from 225 kW to 230 kW (from 302 horsepower to 315) outside of "FanBoost" mode.

While the exact specifications of Formula cars tend to remain between the manufacturers and the Fédération Internationale de l'Automobile (FIA), the series' governing body, we expect to hear more about the FE06's powertrain between its formal debut in Frankfurt and the start of the 2019/2020 Formula E race schedule.