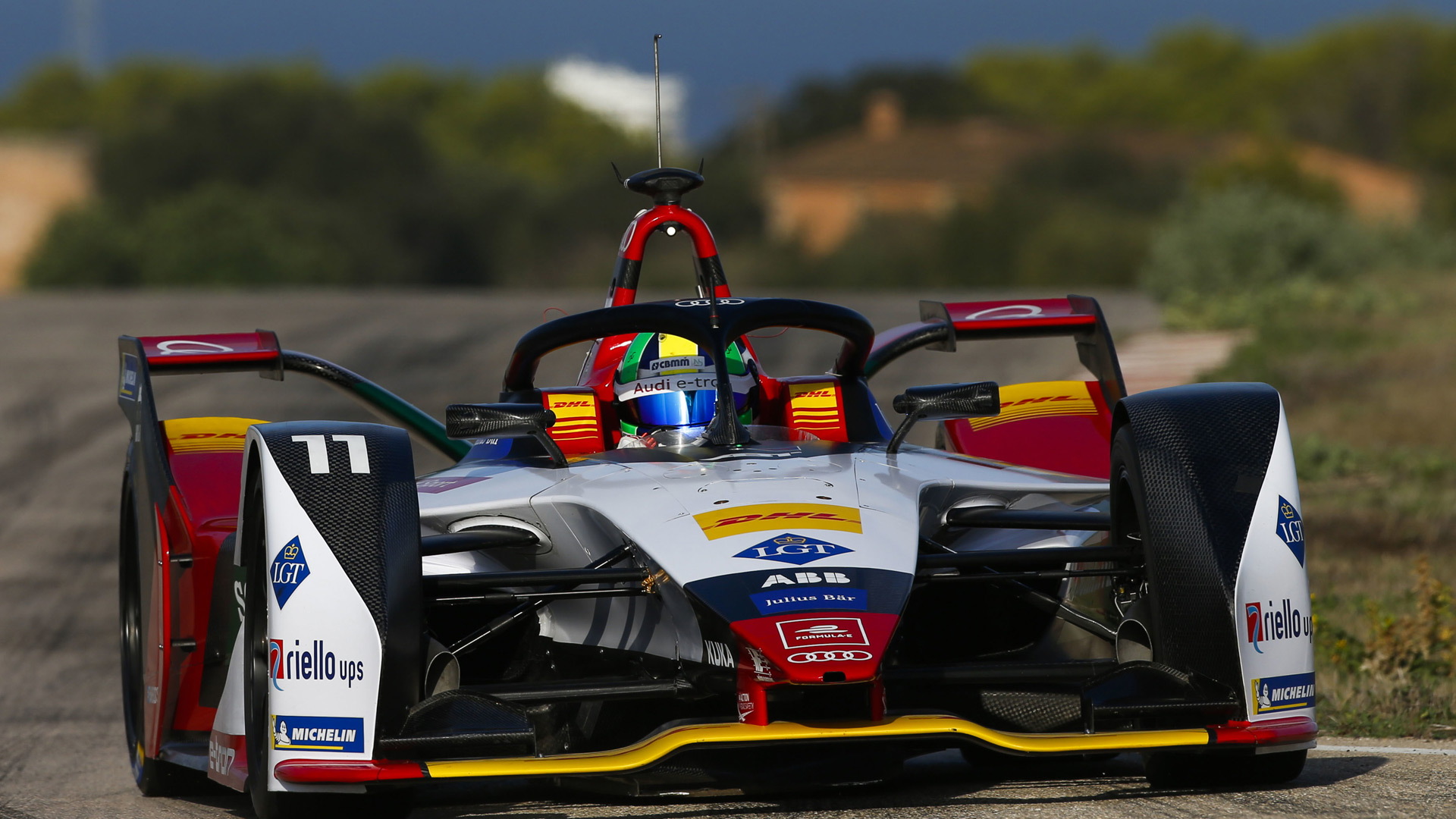 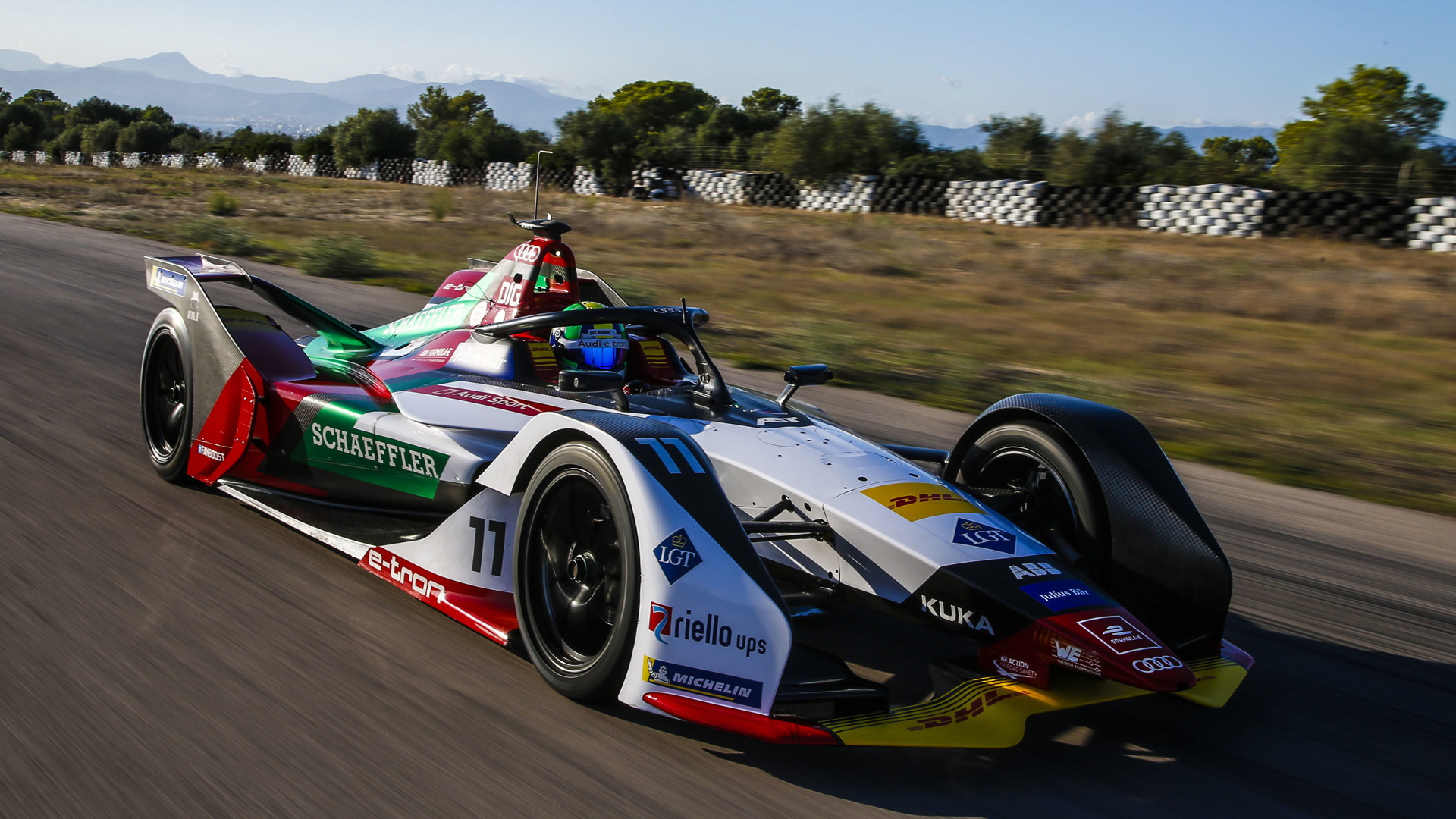 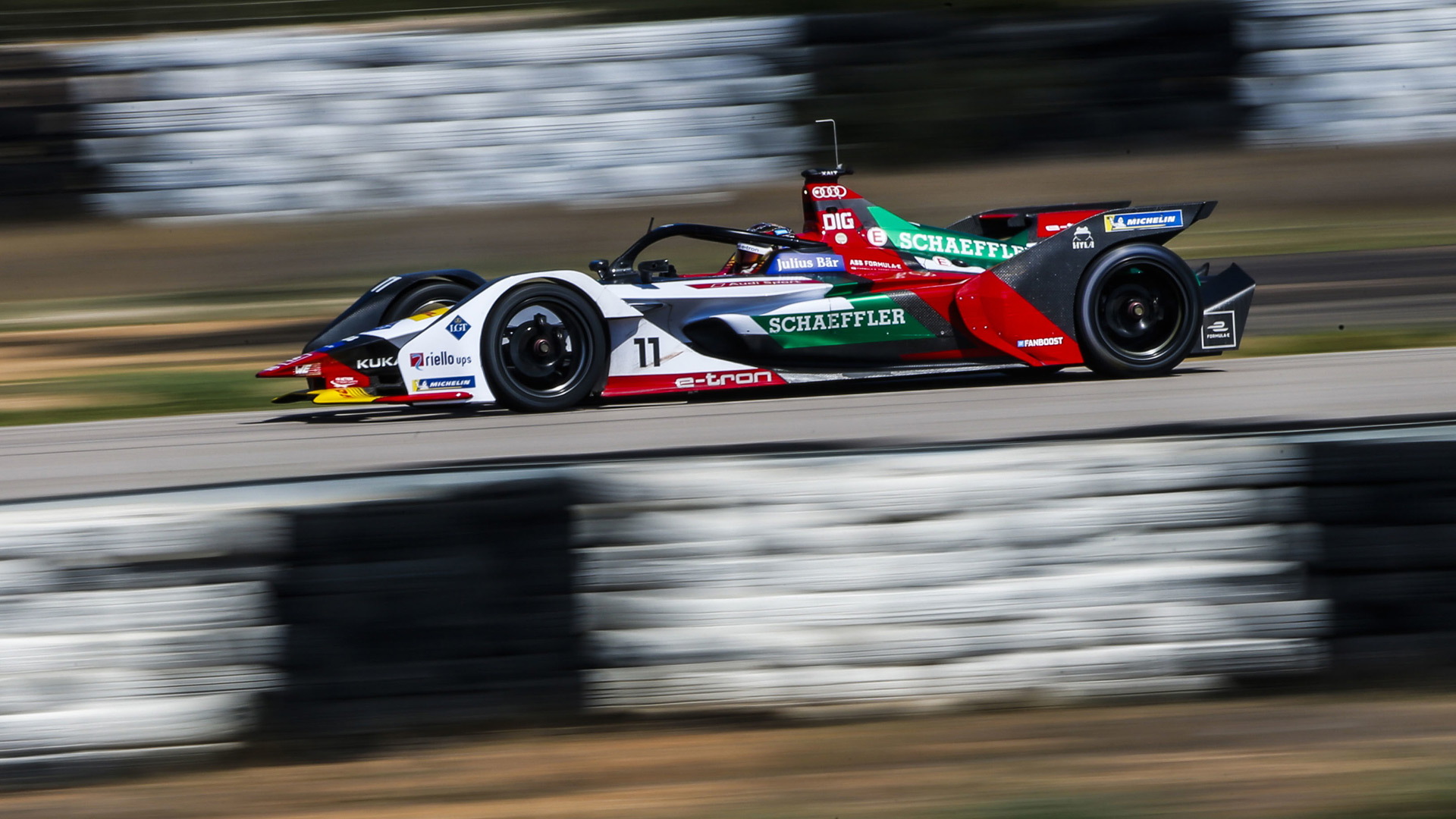 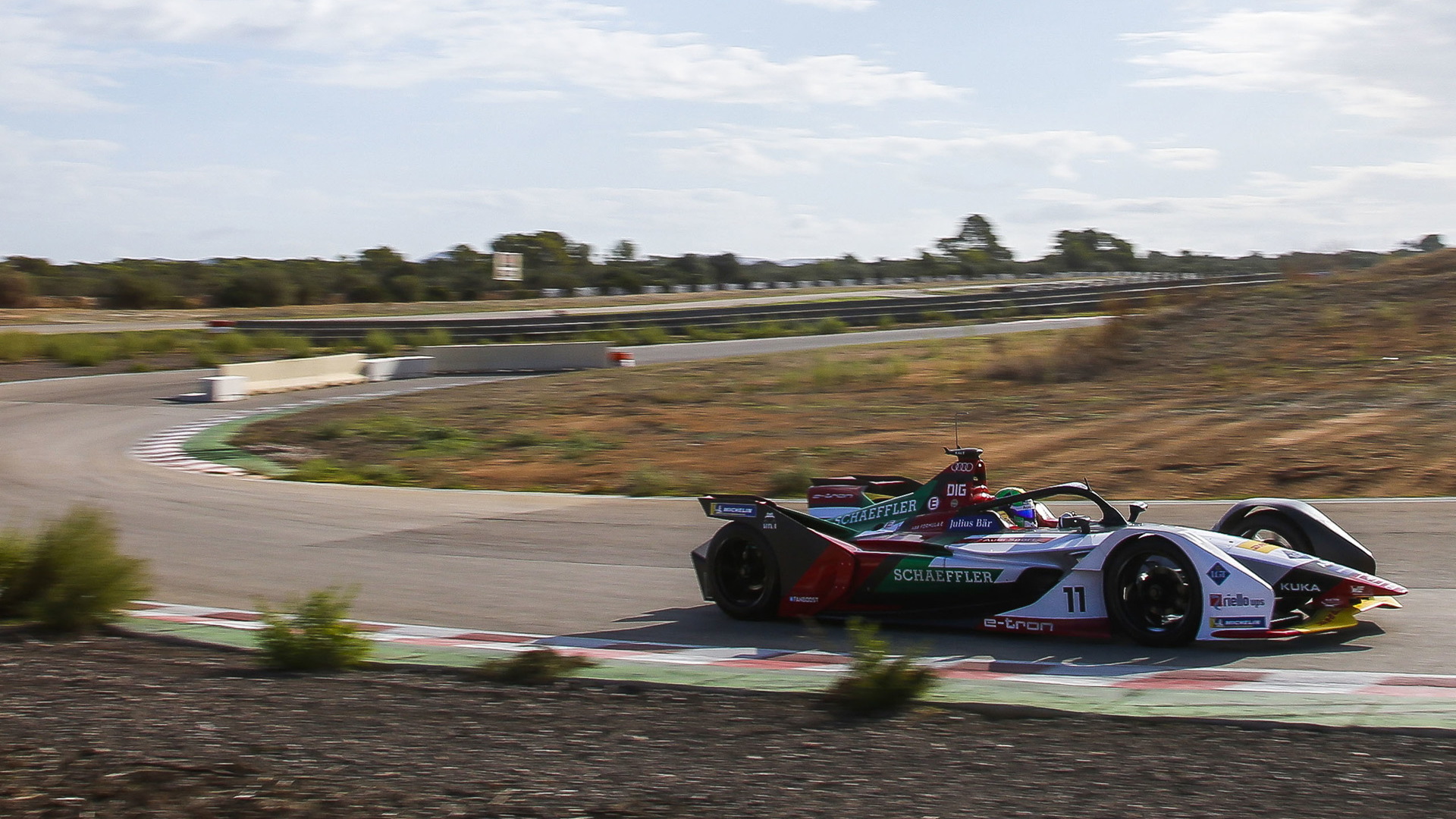 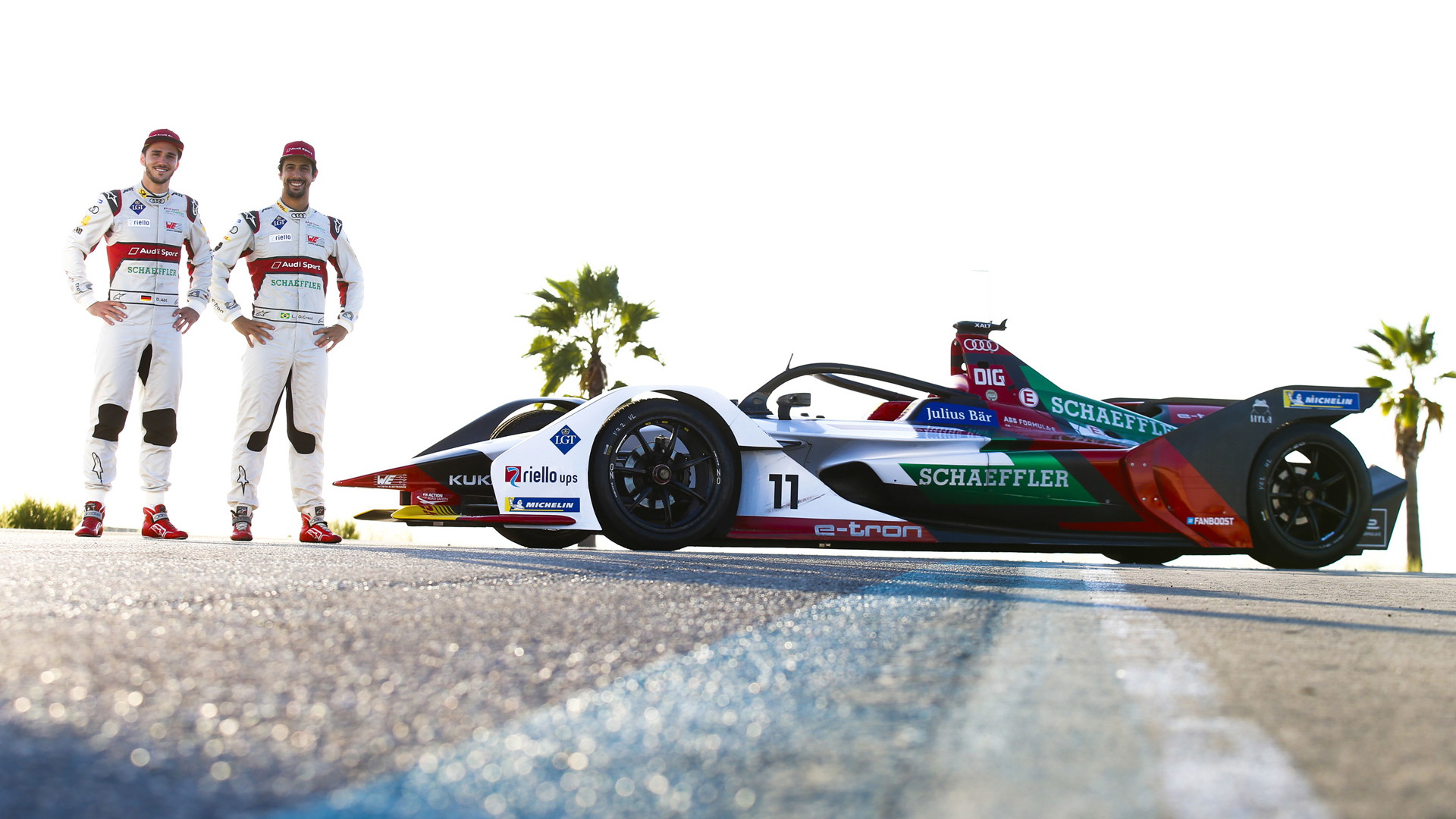 Audi on Thursday revealed its new race car developed for the 2018/2019 Formula E Championship, the fifth season of the electric car series whose first race is scheduled for December 15 in Ad Diriyah, Saudi Arabia.

Teams are still using a common chassis in the 2018/2019 season, in this case a new Gen2 design constructed by France's Spark Racing Technologies and developed with help from legendary Italian race car constructor Dallara. Where teams can differentiate their cars is in the areas of powertrain, transmission, suspension, and software management. The goal is to have teams develop their own cars eventually, just like in Formula 1.

The big news for 2018/2019 is a doubling of the battery capacity to 52 kilowatt-hours, which eliminates the need for the mid-race car swap that was a feature of Formula E during the first four seasons. The lithium-ion battery is sourced from McLaren, weighs 824 pounds, and can be charged in 45 minutes.

Another key change is the introduction of brake-by-wire technology. Instead of a mechanical connection, the braking function is electronically controlled. According to Audi, this enables the brake balance to be more even and energy regeneration more efficient.

The Gen2 cars are also more powerful, which should make for more exciting racing. The electric powertrain is permitted to produce up to 335 horsepower in qualifying and 268 hp during the race. New are the so-called activation zones: When drivers pass through this zone on the racetrack, they can briefly access a higher power mode of 302 hp. In addition, fans at home can support their favorite driver by giving them a “FanBoost” online, which gives drivers a temporary power boost of up to 335 hp.

Thirteen races in 12 cities are planned for the fifth season of Formula E. Each race is run over 45 minutes plus one extra lap, with most of the races held on temporary street circuits in city centers.

The 2018/2019 season will also see BMW and Nissan (replacing Renault) join the fray. And things will really heat up once the 2019/2020 season rolls around as this is when we'll see Porsche and Mercedes-Benz join as well.