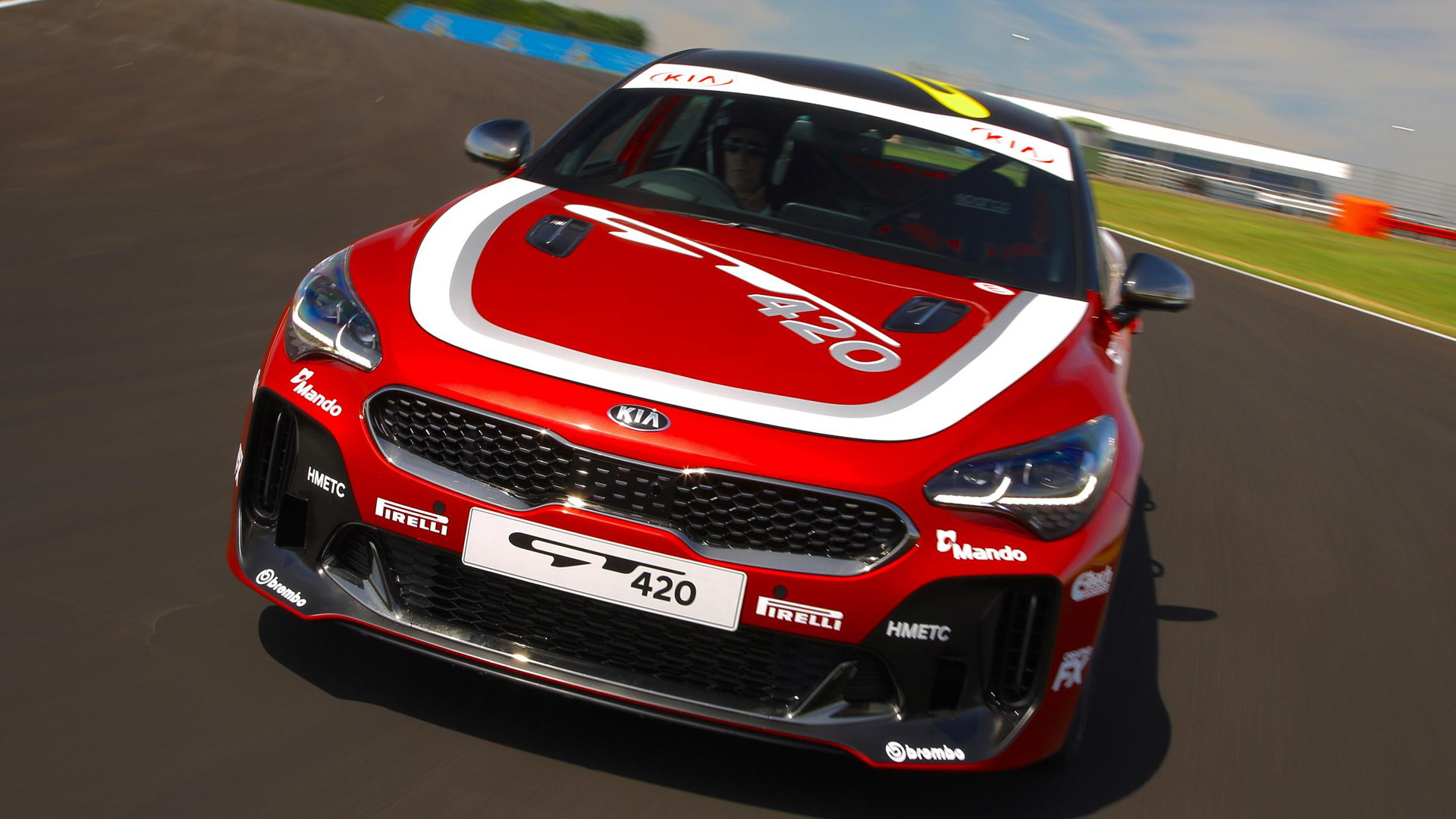 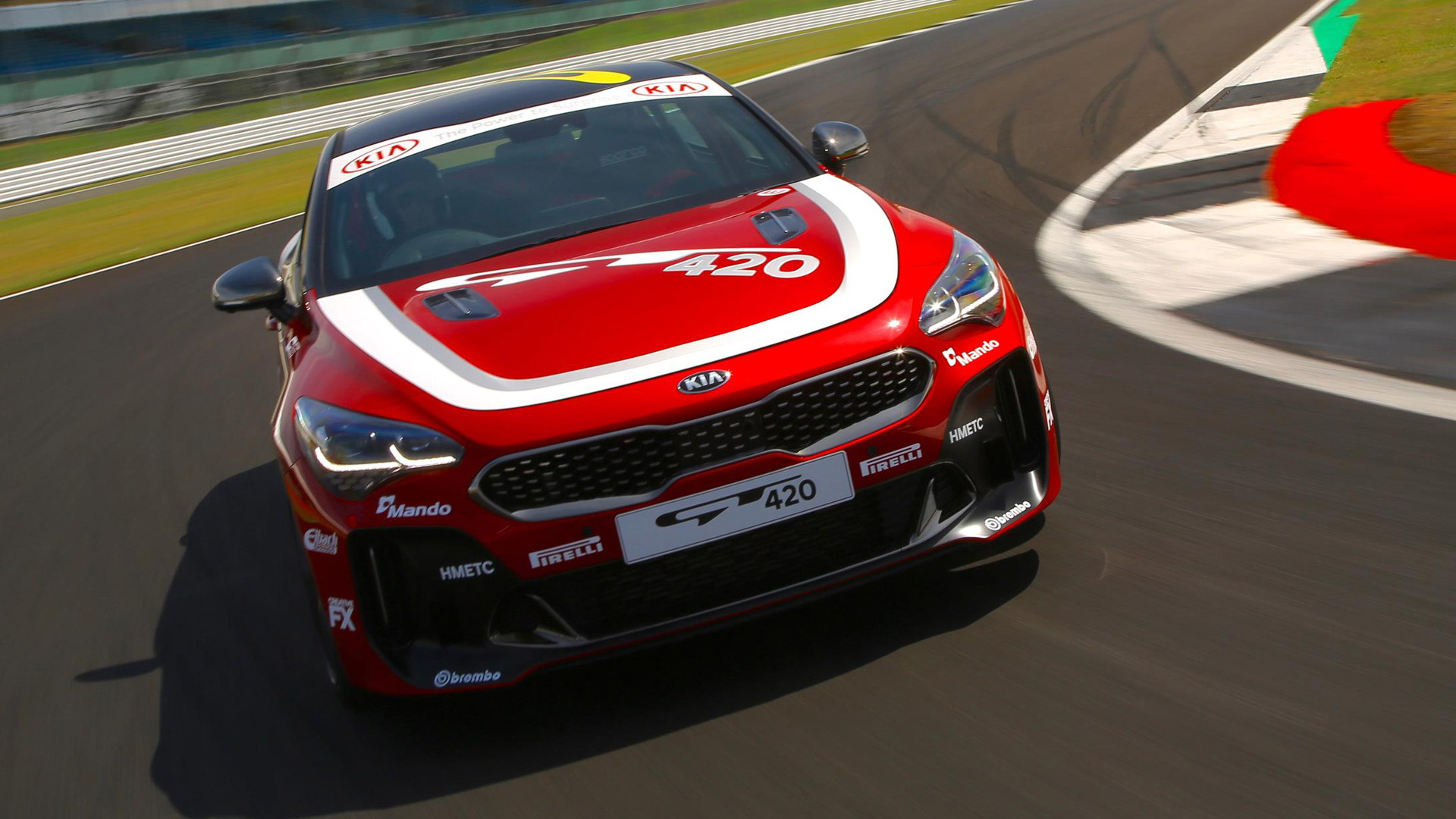 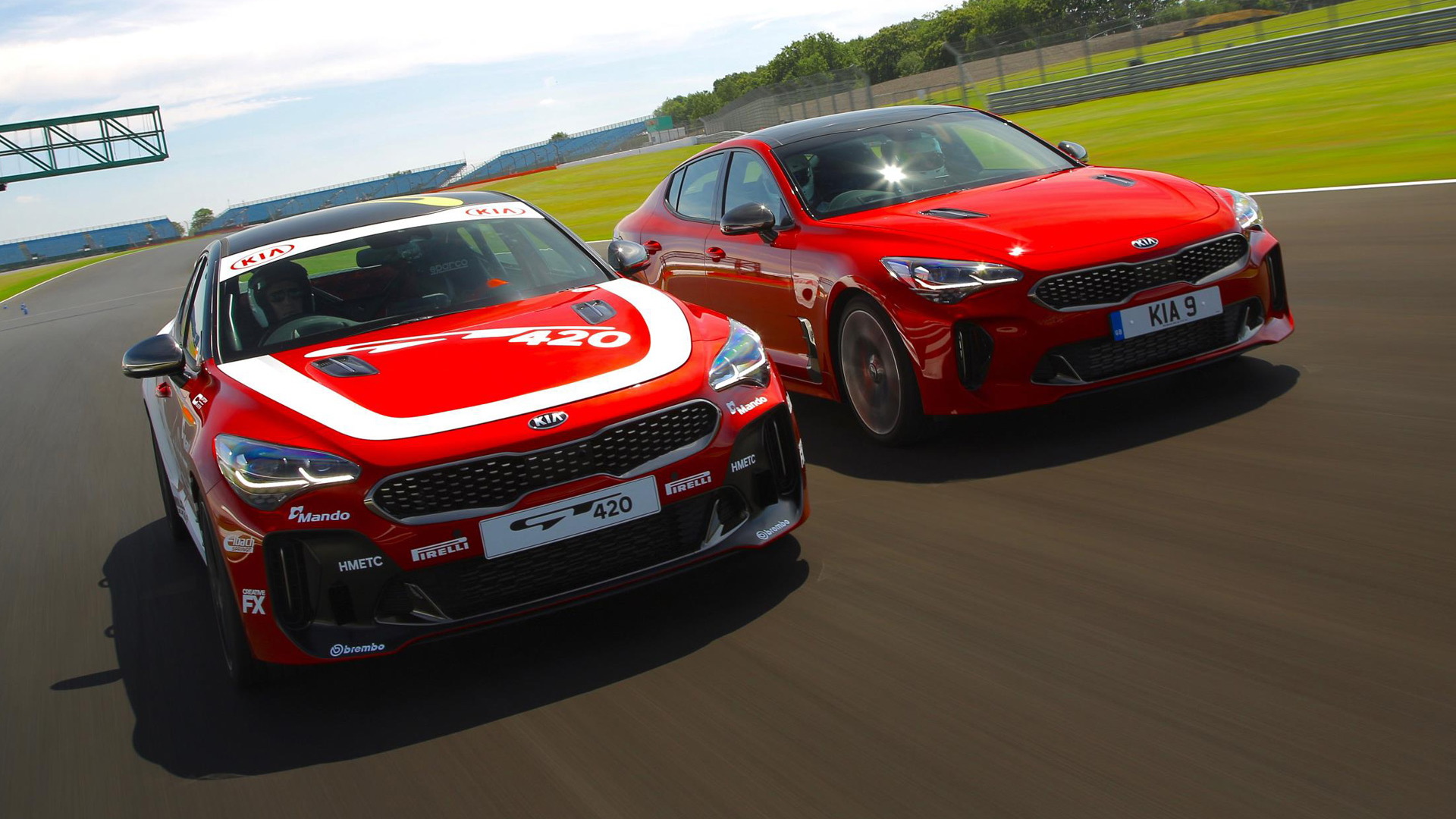 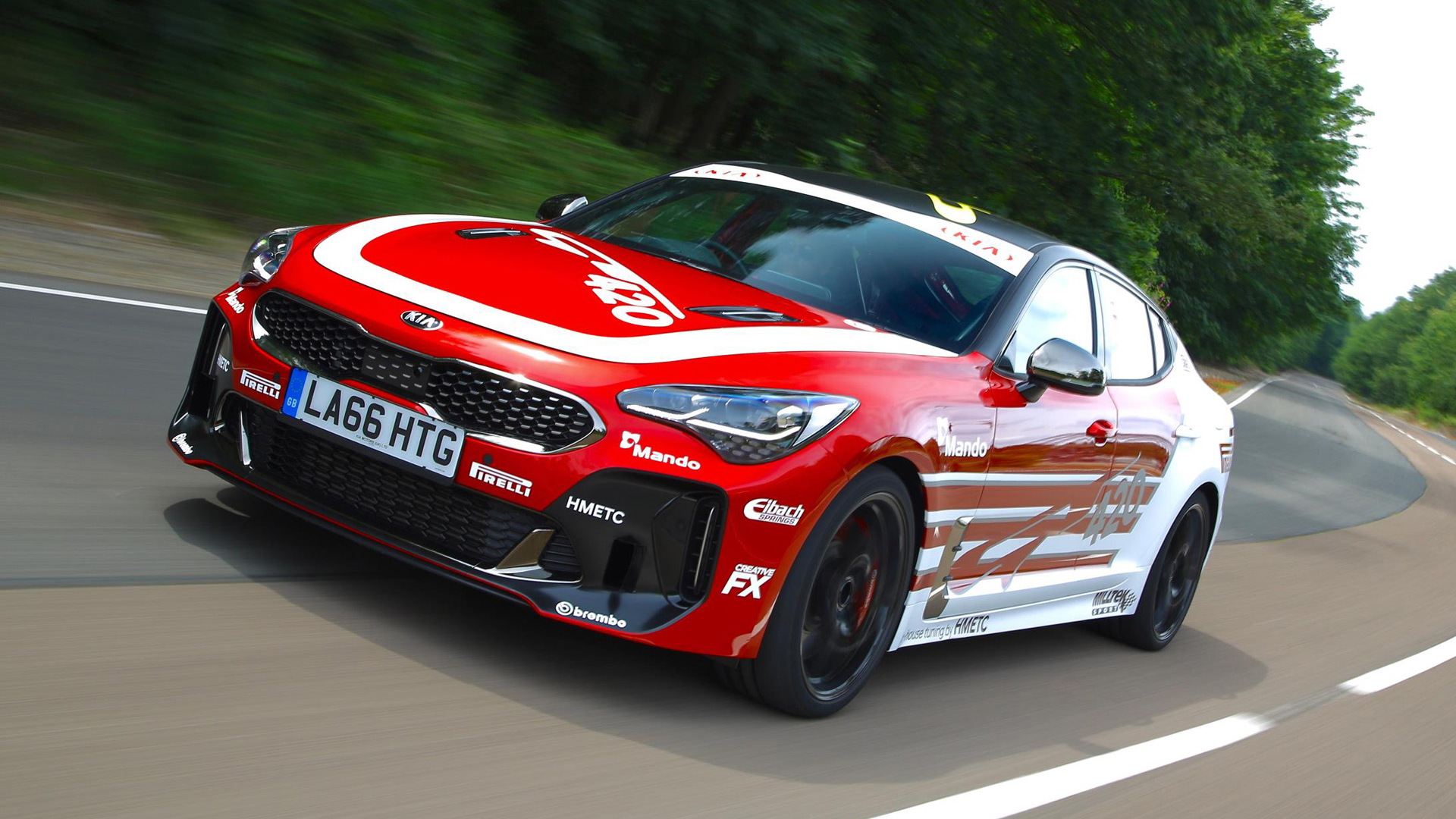 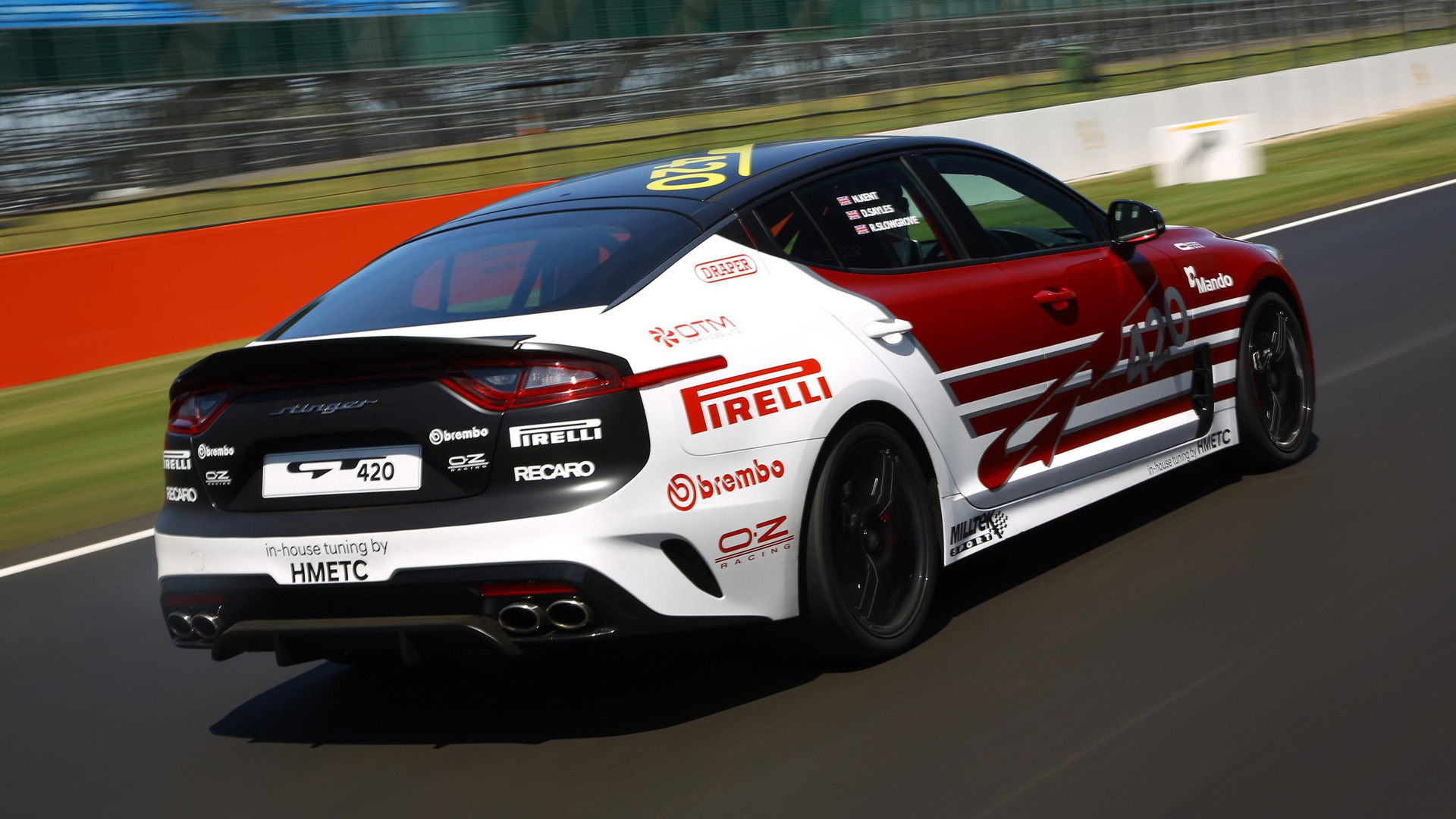 Kia has proven with its Stinger that it can develop a serious performance offering, thanks to the sport sedan's punchy powertrains, taut chassis, and lively and agile rear-wheel-drive handling characteristics. Kia amped things up this year with the launch of the Stinger GTS, the brand's first offering with fully defeatable traction control systems.

However, Kia's division in the United Kingdom wanted to show just how capable the Stinger platform really is, so it went and built a Stinger perfect for track days. Enter the Kia Stinger GT420. 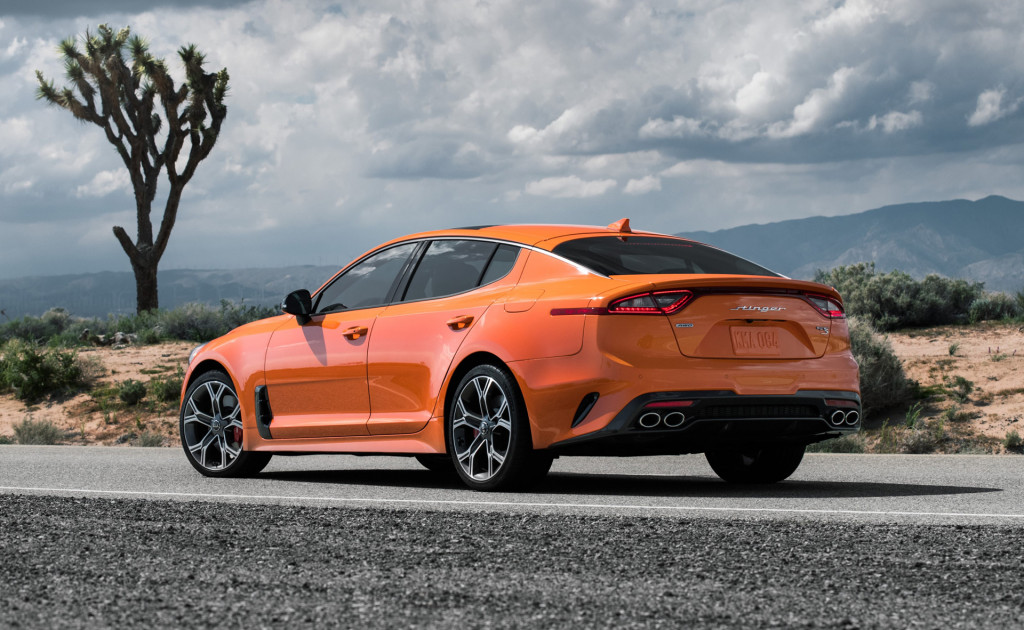 Unveiled on Wednesday at the Silverstone Circuit, the hardcore Stinger is a one-off concept stripped to the bare essentials and injected with more power. The car sports the Stinger's 3.3-liter twin-turbocharged V-6 but has seen output dialed up from a stock 365 horsepower to 422 hp. Most of the mods were aimed at allowing the engine to breath better but new spark plugs were also added for improved combustion.

The engineers also beefed up the Stinger's 8-speed automatic transmission's cooling system to ensure the car performs solidly during long days at the track. They also recalibrated the transmission's control software to deliver quicker, harder shifts. 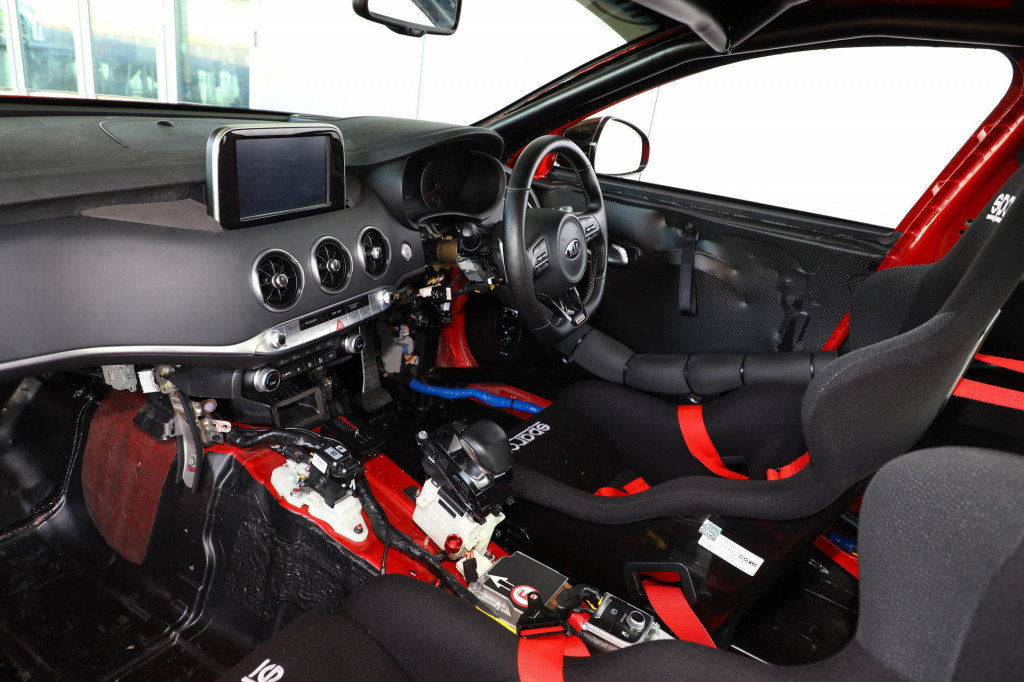 The team then looked at dropping virtually anything the driver doesn't need. This meant removing the seats and belts, airbags, sound system, interior trim, the engine cover, undercovers, parking sensors, and even the rear bumper beam. They also took out the window mechanisms, so most of the glass was simply glued in place, and the sunroof was removed and replaced by a steel panel, shaving off a few more vital pounds.

The biggest saving came from the addition of a lithium-ion replacement battery, which netted a saving of almost 50 pounds alone. Some weight was added due to additions like a roll cage, harness and fire extinguisher, but overall the weight-saving mods resulted in a reduction of around 330 pounds. 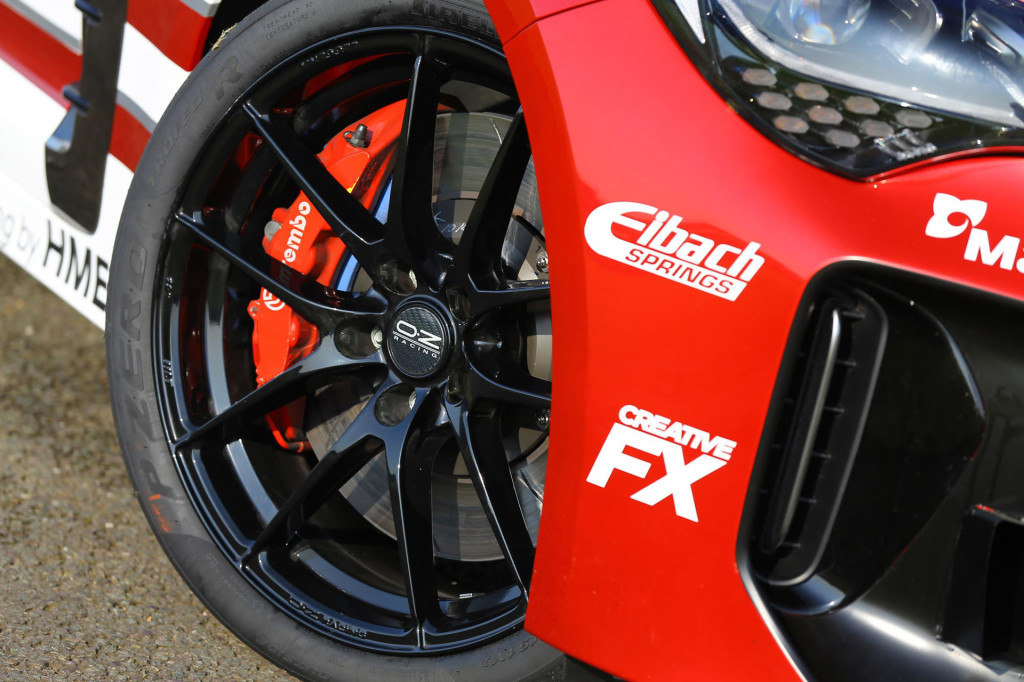 Finally, for the chassis, lowering springs and thicker anti-roll bars from Eibach were added. The Stinger's continuous damping control was also axed in favor of a conventional damper set up with some fine tuning. A set of 19-inch OZ Racing Leggera lightweight wheels were then added, with the tire of choice being Pirelli's Trofeo R. They measure 235/35 at the front and 265/30 at the rear. The camber angle was increased to -2.5 degrees by modifying the front cross-member, and uprated front brakes saw Brembo six-piston calipers clamping down on 15-inch rotors swapped in.

While the Stinger GT420 isn't destined for production, it does highlight a bevy of effective mods for all the tuners out there.