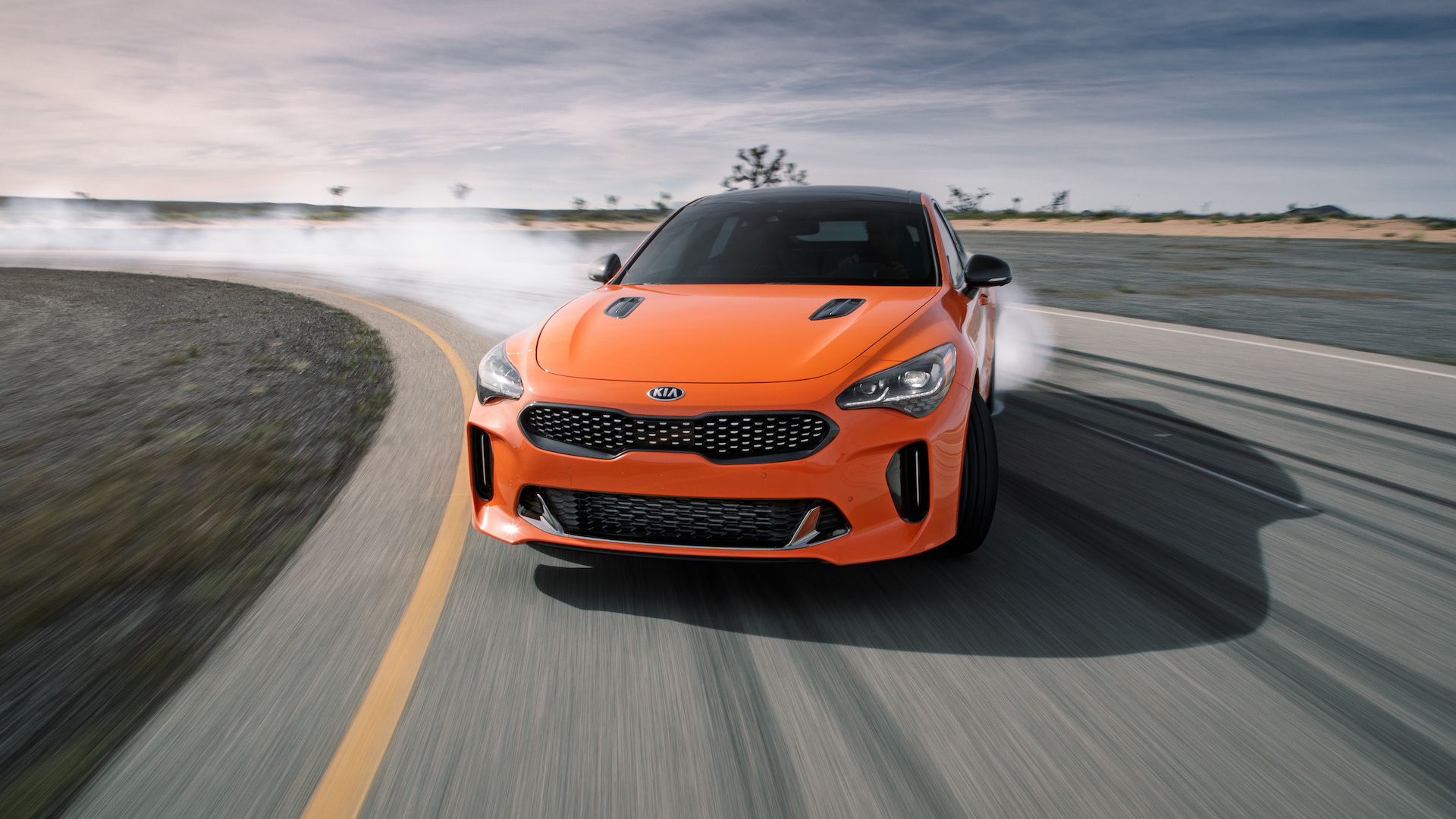 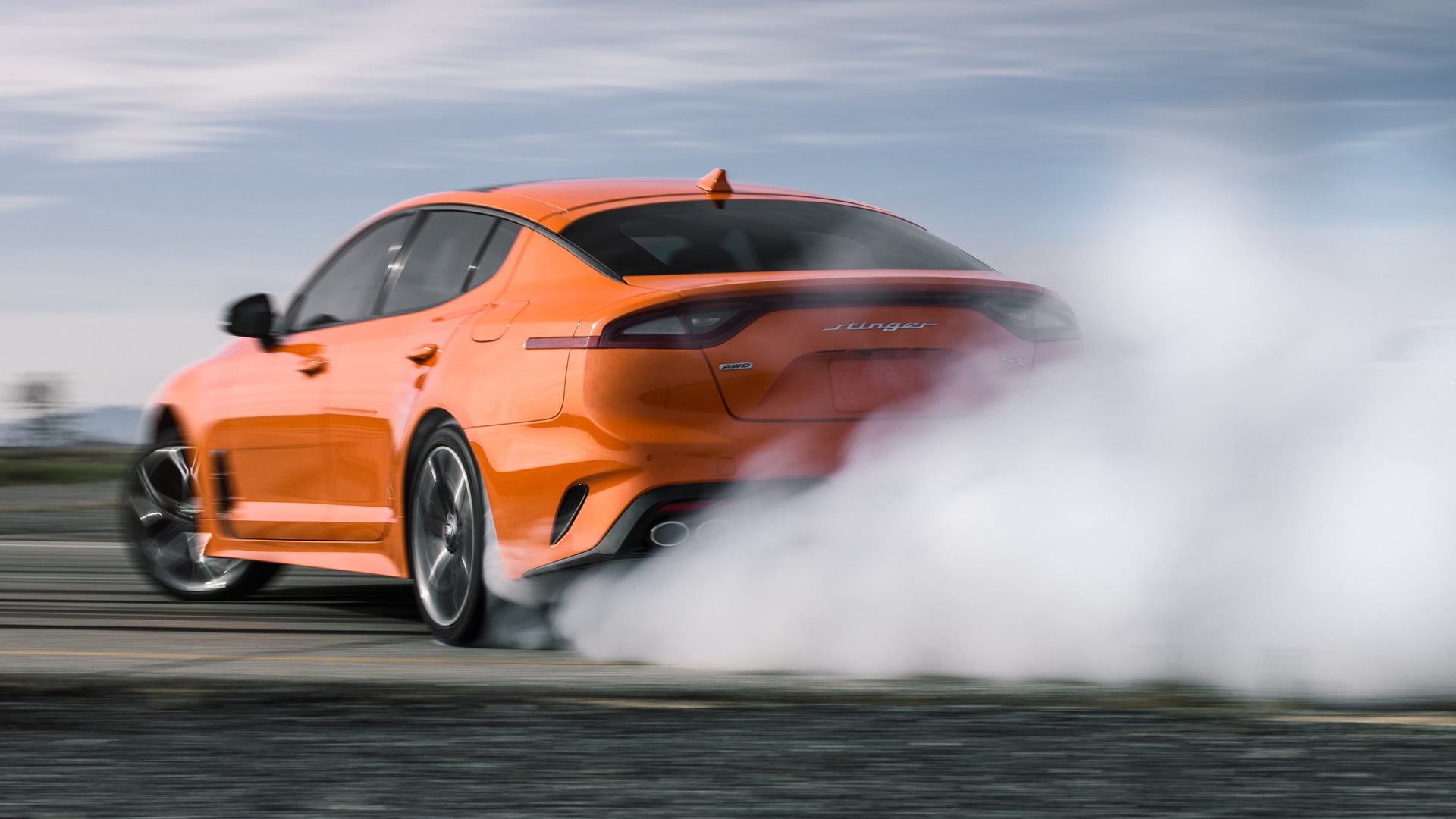 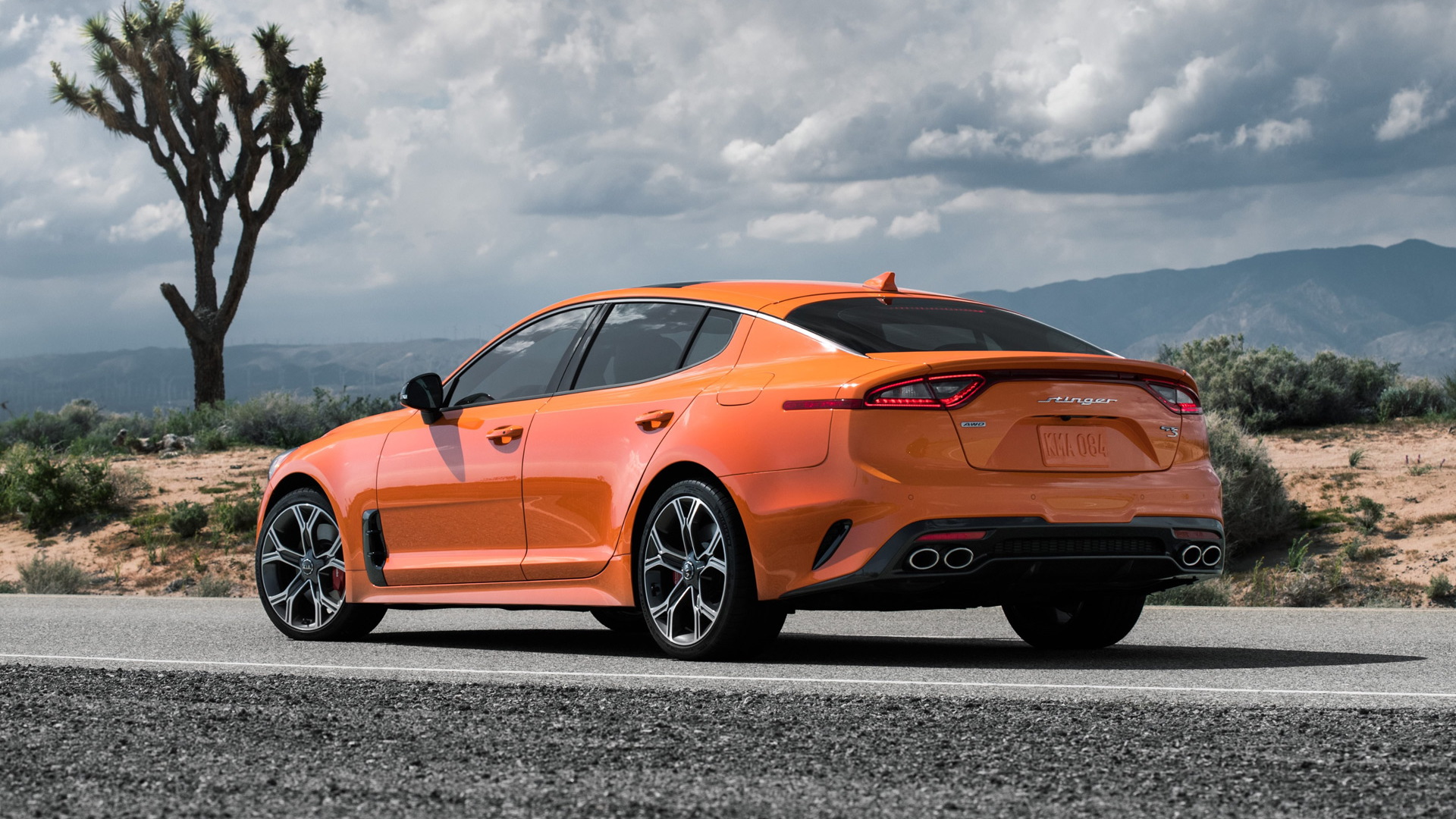 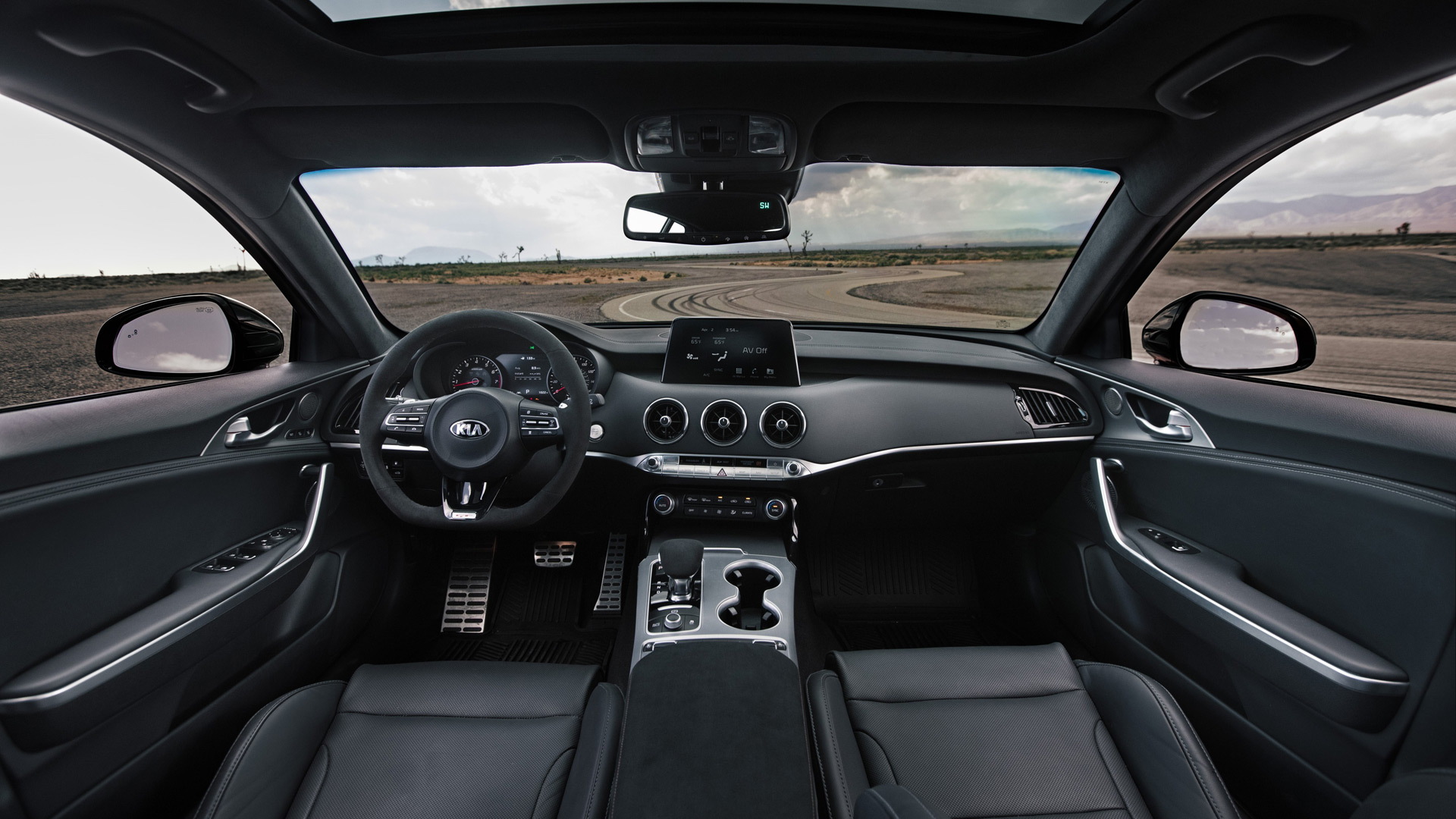 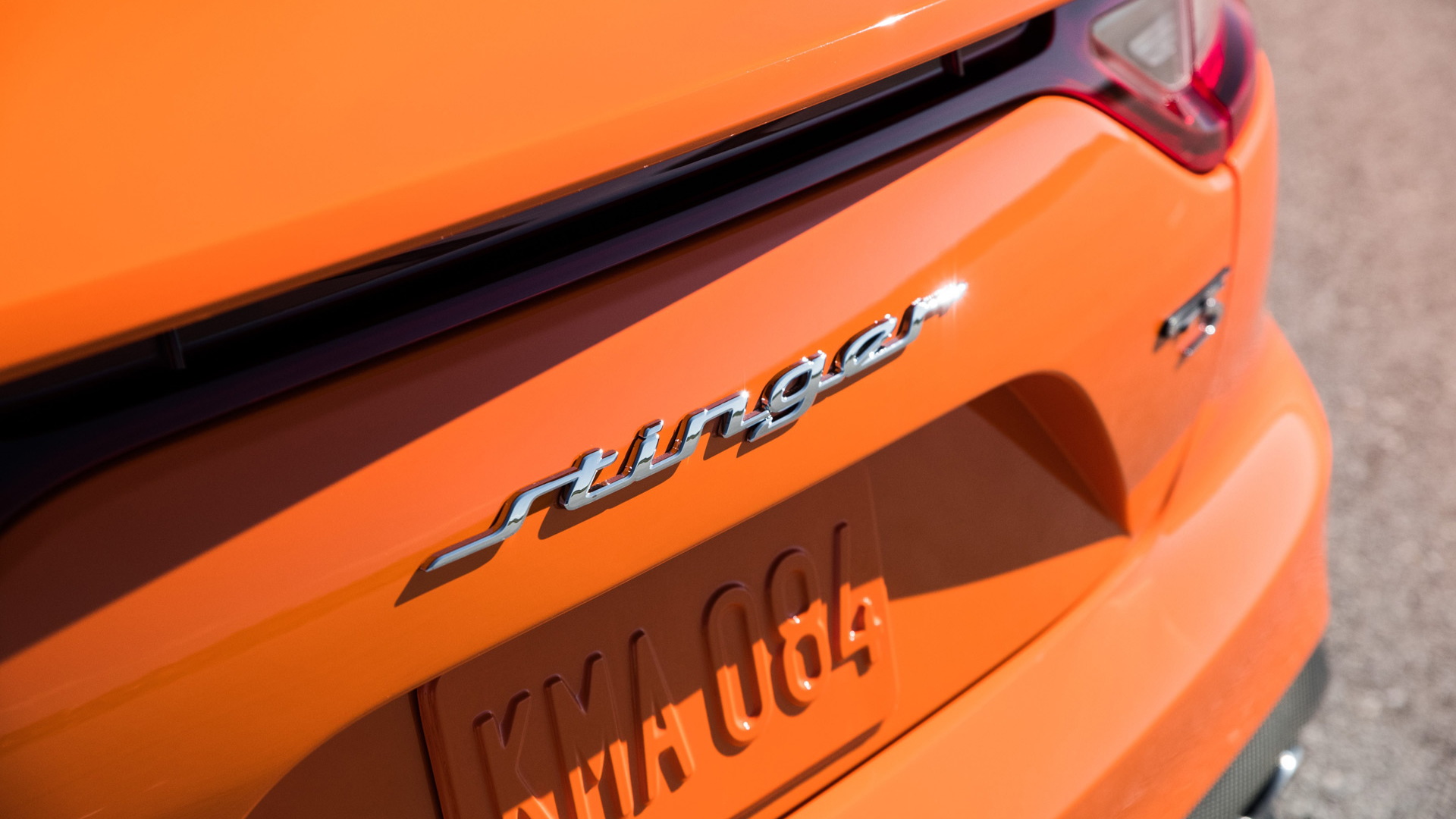 Leadfoots needed: The 2020 Kia Stinger GTS is only as restrained as the driver’s right foot.

That’s according to its program manager, Eddie Rayyan, who says when the four-door hatchback goes on sale later this year, the 2020 Stinger GTS will be the first Kia sold with fully defeatable traction control systems.

“Everything (can be) off...drivers can shut off all the nannies, and choose exactly what they want to do,” he said Tuesday.

That’s in contrast to the Stinger’s current relationship with its drivers, which gives them a long leash, but one that still reins in the car’s famously happy tail. 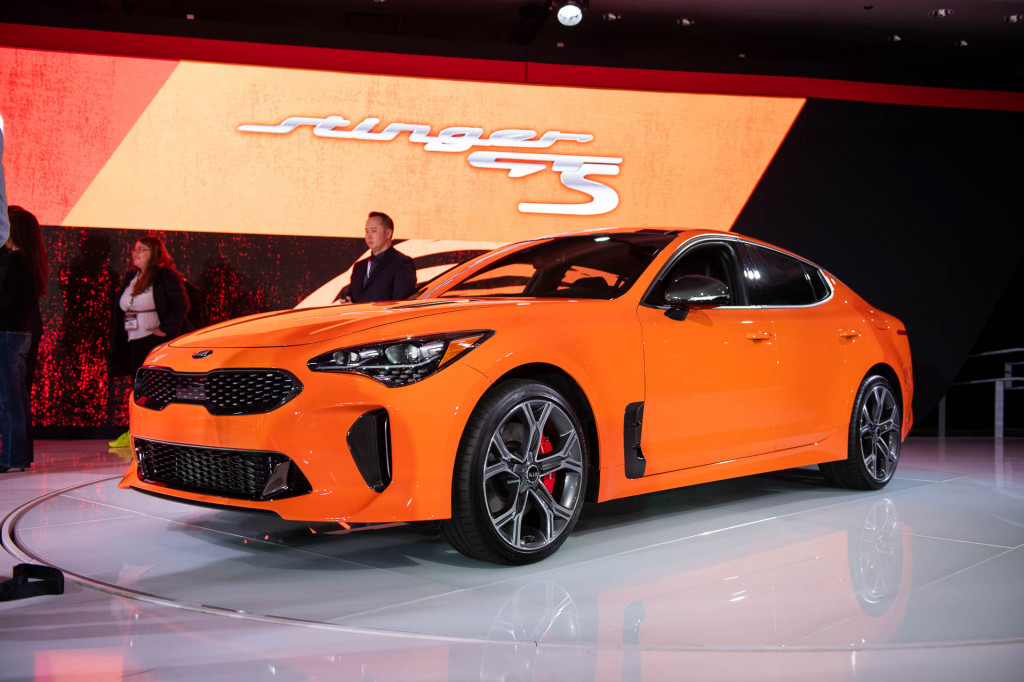 This year at the New York auto show, Kia took the wraps off its new Stinger GTS that offers an optional all-wheel-drive system that shuttles up to 100 percent of its power to the rear wheels. The system, which sifts 365 horsepower from the 3.3-liter twin-turbo V-6 through a standard 8-speed automatic down the driveline to a rear limited-slip differential, is a first from Kia but perhaps not the last time we’ll see it. Rayyan said the automaker could find future uses for it in the Stinger sometime soon.

The 2020 Stinger GTS will be sold in limited numbers, just 800 for the first year, and Rayyan said that although the special-edition car will be rear-wheel drive as standard, he expects that more than half of GTS buyers will opt for the new all-wheel-drive system.

READ NEXT: Living with the 2018 Kia Stinger GT: the good and the bad

The hardware is a piecemeal setup from the current Stinger: the RWD version today offers a limited-slip differential, and the AWD setup is the same, but Rayyan said the engineering rivals cars that cost more than twice as much as the Stinger GTS. Kia hasn’t confirmed how much the 2020 GTS will cost when it goes on sale, but rear-drive versions will start around $44,000 and all-wheel-drive versions will cost about $46,500, before destination.

The key differences between the GTS and Stinger GT come down to the hardware—and software. The GTS will offer Sport and Drift modes that shuttle 80 and 100 percent of power to the rear wheels, respectively, and drivers can opt to turn off traction control systems for smoky, finessed slides around corners. Rayyan says the system won’t cut in when it’s not wanted—swapping the back end with the front end is up to you and your right foot, he said. 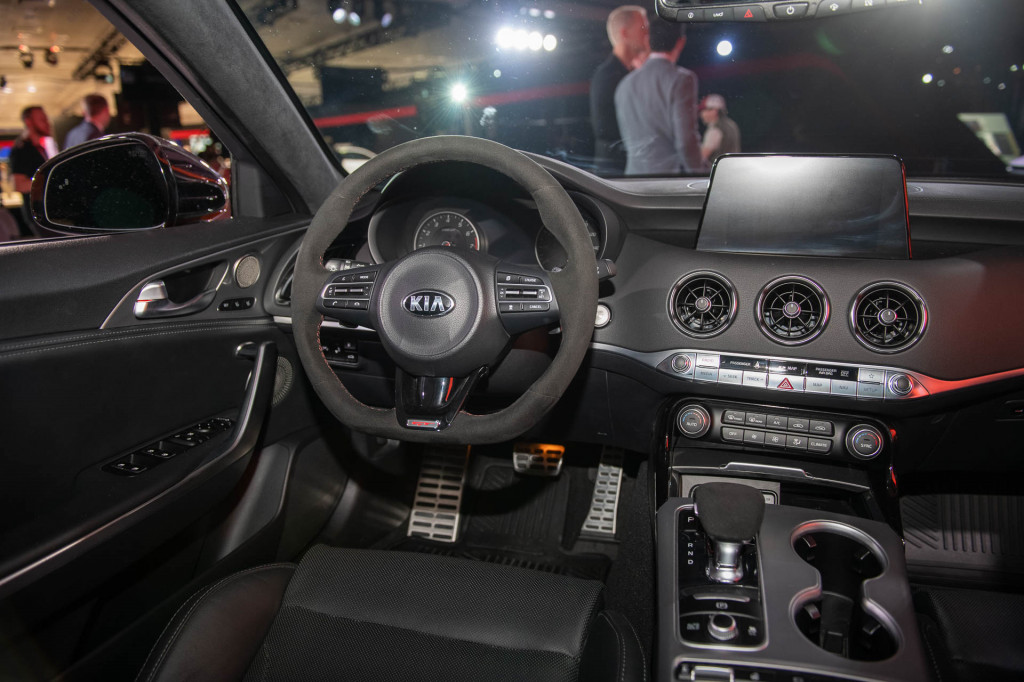 The software has other tricks up its sleeves. In addition to turning on, turning off, and turning tires into smoke, the Stinger GTS’ software stabs brakes on inside tires for simulated torque vectoring and precise cornering when necessary. The software also can read countersteer and hold gears for lingering drifts—if you’re into that sort of thing.

The system should sound similar to gearheads: BMW and Mercedes-Benz offer similar setups in their M5 and E63, respectively. Kia’s famous research and design chief, Albert Biermann, who was plucked from BMW’s M division, may know it well. However, unlike the Germans, Kia won’t pair adaptive dampers with the GTS’ AWD system for an even firmer rear end. Rayyan said that hardware is in the Kia toolkit, but didn’t commit to a future version of the Stinger with both D-AWD and adaptive dampers.

“(The GTS) is just a stepping stone for other things to come,” Rayyan said. “There’s a competitive spirit within the R&D center.”