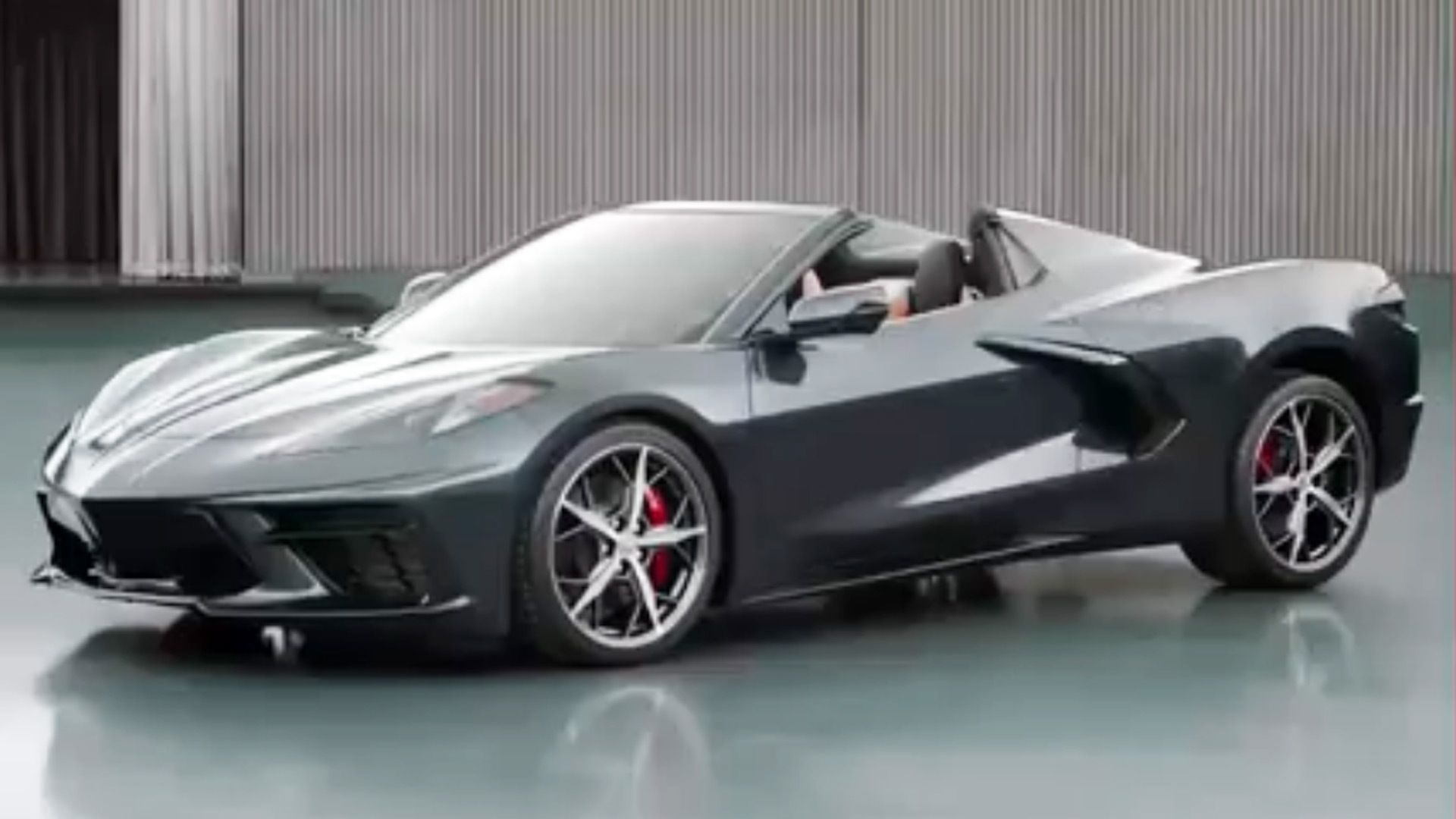 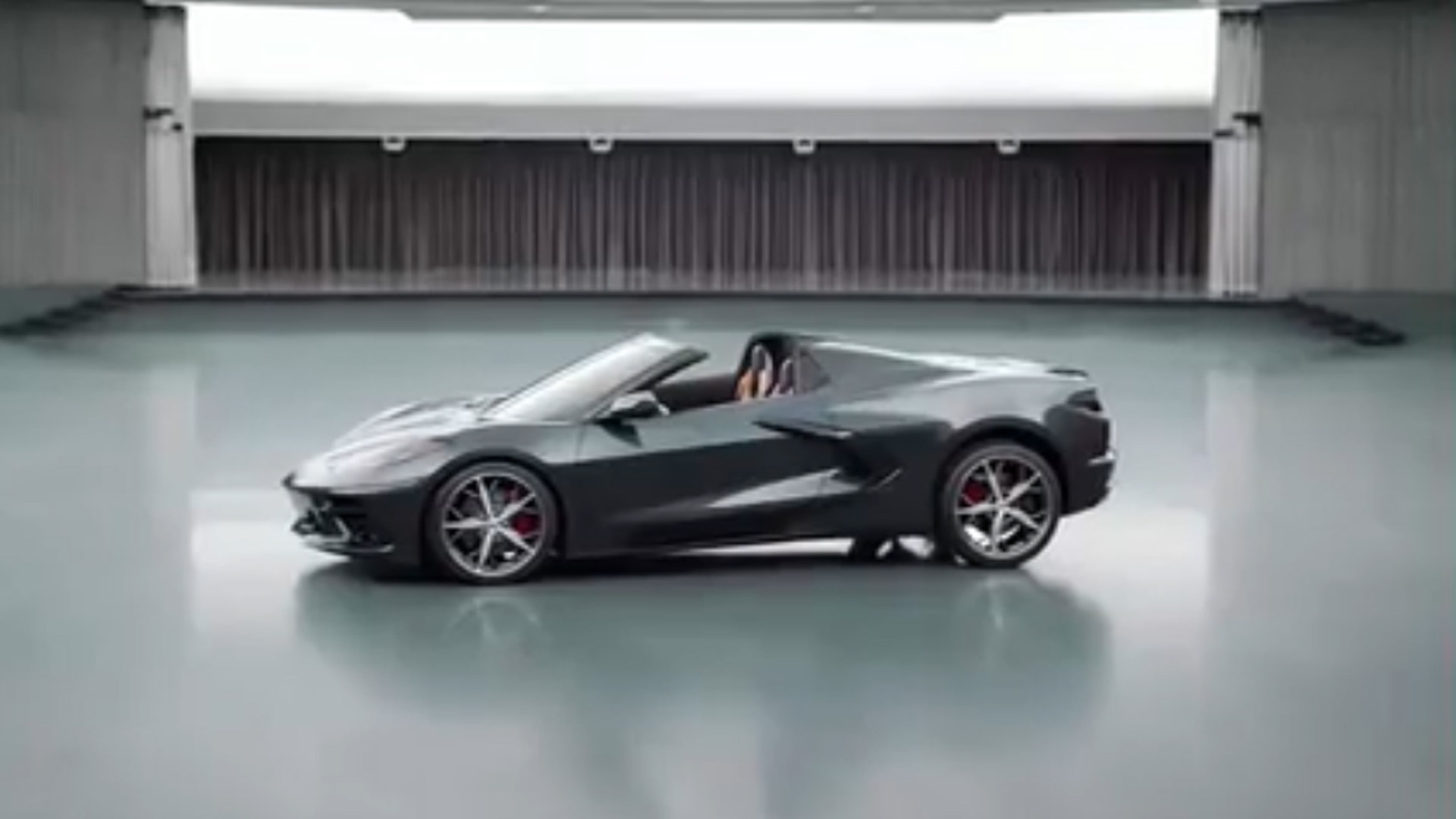 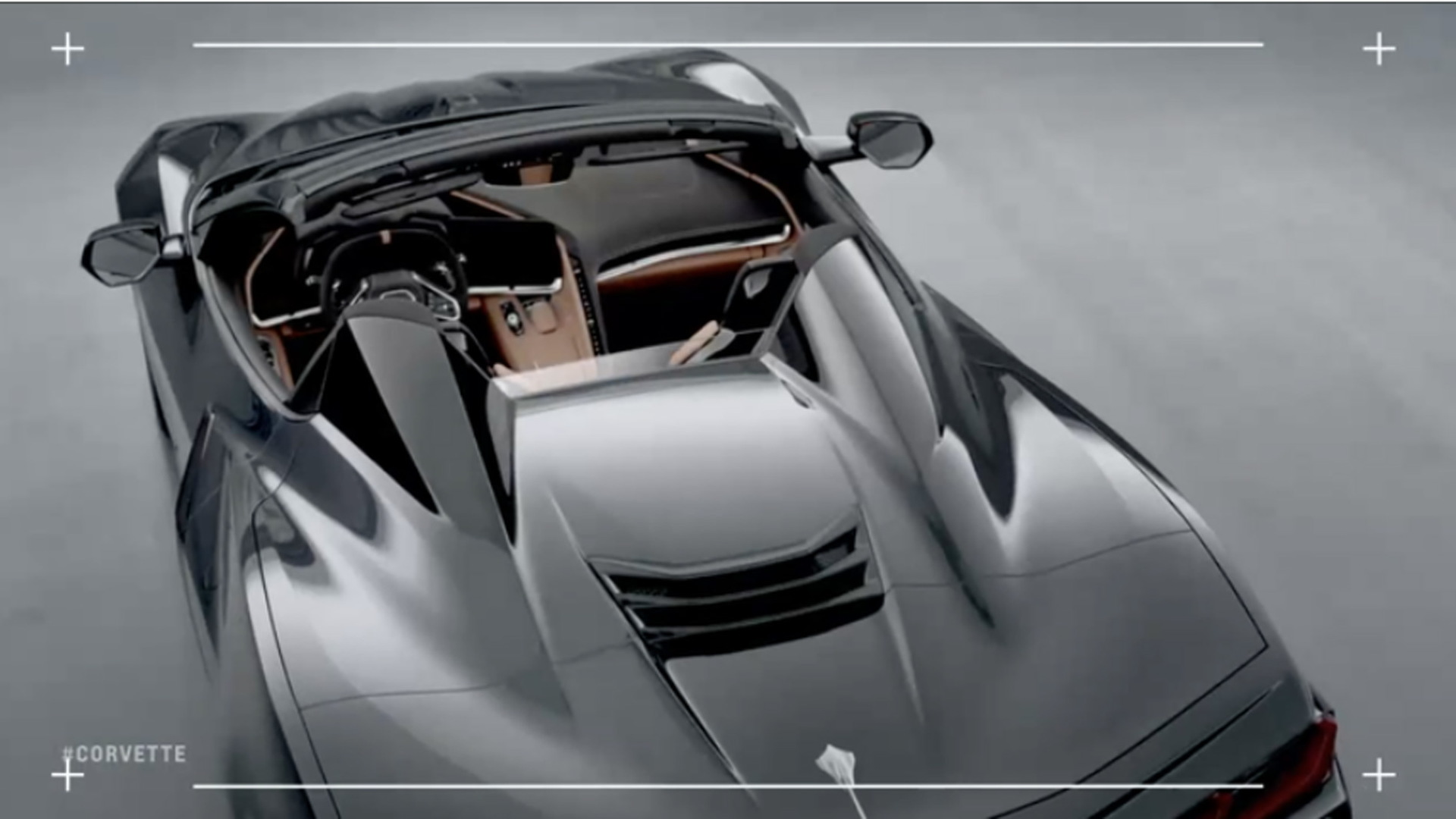 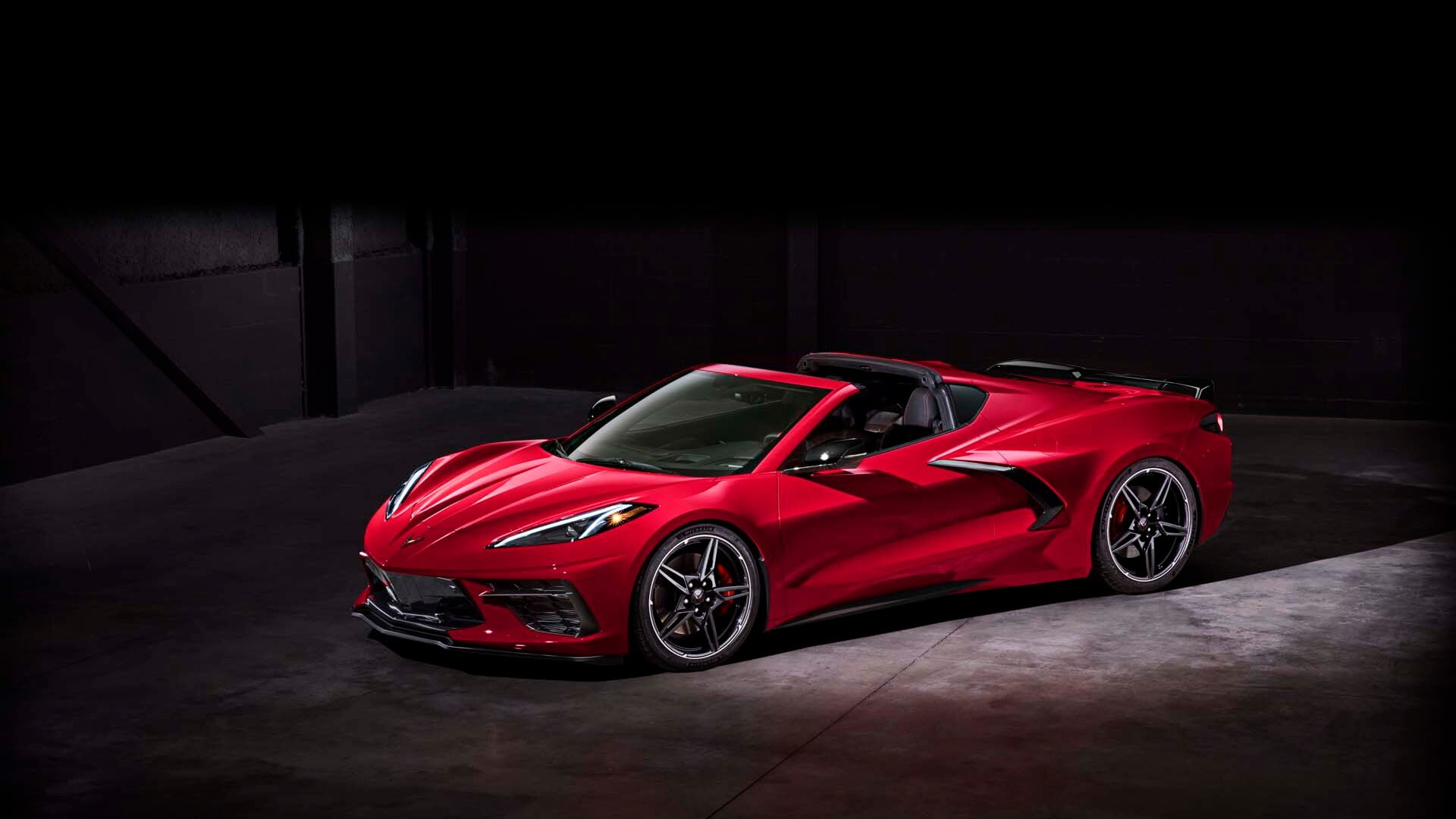 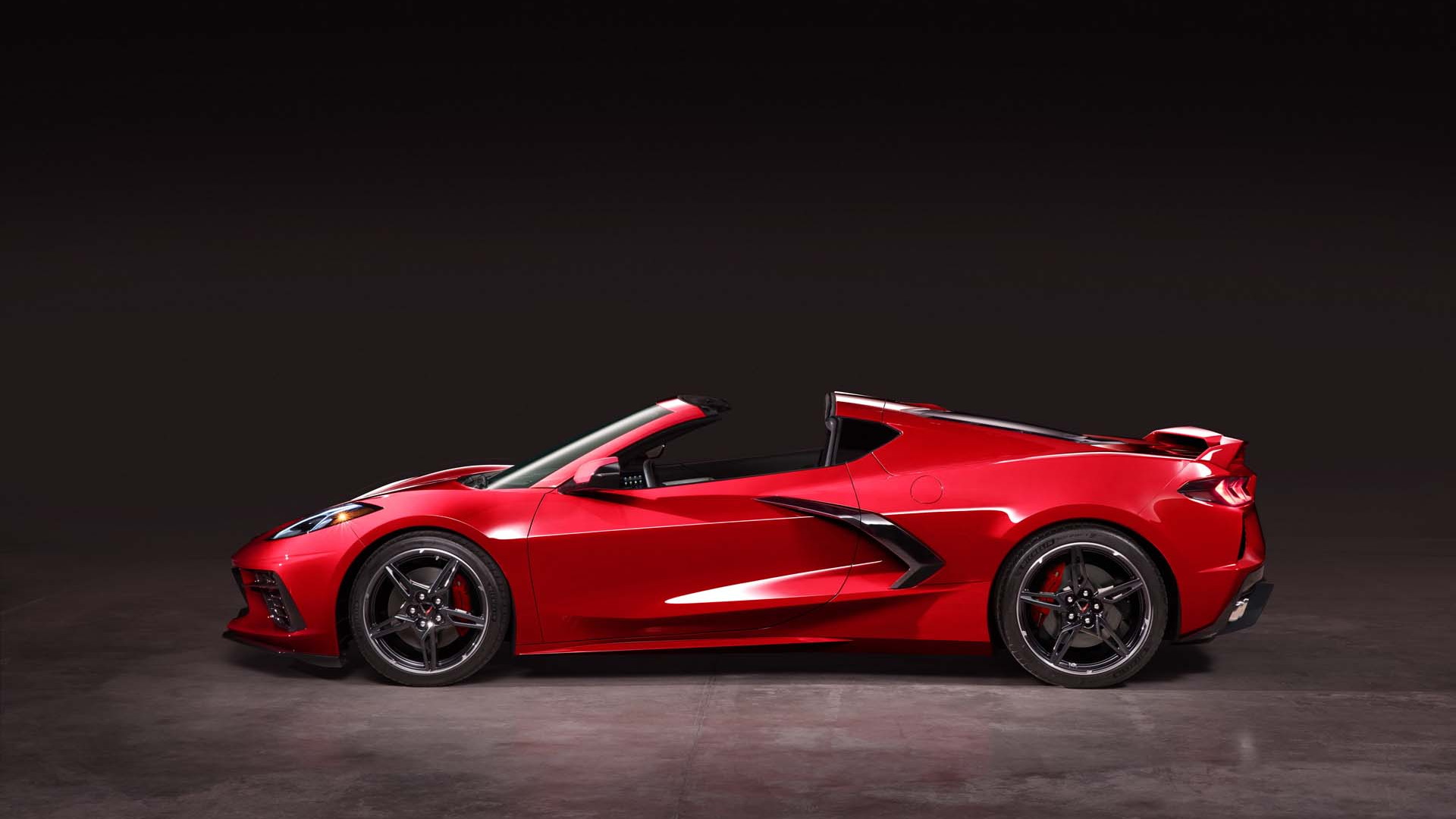 However, Chevy also provided a sneak peek at the convertible version of the mid-engine marvel, with a handful of glimpses provided at the end of the coupe's livestream reveal.

The designers have gone down the proper supercar route by adding a pair of flying buttresses to conceal the rollover bars. A cut line running across the engine bay suggests that the engine cover will flip up to allow the roof to tuck in below. The actual roof isn't shown but expect it to be a fully automatic retractable hard-top, just like on exotics like the Ferrari 488 Spider and McLaren 720S Spider.

Chevy is already accepting orders for the coupe and will commence deliveries later this year. It hasn't said when the convertible will debut but an arrival later this year is likely. As for pricing, Chevy confirmed at Thursday's reveal that the coupe will start at less than $60,000. If the C7 Corvette is any indication, we could see the Corvette Stingray Convertible start at less than $65,000, since Chevy charges a $4,500 premium for the convertible on the outgoing 'Vette.

Note, in Corvette tradition, the owners of the coupe can also enjoy open-top driving since the roof panel is removable, though there's something irresistibly sexy about the flying buttresses on the convertible. Conversely, where convertible buyers miss out is the clear engine cover of the coupe.

The new Corvette in Stingray guise is confirmed with a newly developed LT2 6.2-liter V-8 that will deliver 495 horsepower and 470 pound-feet of torque when equipped with an available sport exhaust system. The engine is mated to an 8-speed dual-clutch transmission as standard and, with an available Z51 performance pack, will hustle the coupe to 60 mph in under 3.0 seconds. Expect similar performance for the convertible.