After years of rumors, spy photos, and renderings, it all comes down to today. The mid-engine 2020 Chevrolet Corvette Stingray debuted Thursday in southern California, and we invite you to watch the video live stream right here on Motor Authority.

Chevrolet provided live coverage of the reveal event that took place in Orange County, California, at 7:50 p.m. local time. For those on Eastern time, brew some coffee as that's 10:50 p.m. The event itself started at 8:00 p.m. Pacific time, sharp.

SEE IT NOW: 2020 Chevrolet Corvette Stingray arrives with mid-engine design, no manual, up to 495 hp

What did we expect to see? Largely, we assume the event will revolve around the entry-level Corvette Stingray, with details for the more powerful future variants saved for later blasts. Since this is such a revolutionary change for the Corvette, expect plenty of details about the architecture, engine, and all the benefits moving to mid-engine layout provides America's banner sports car.

The Corvette Stingray will have a 6.2-liter V-8—perhaps wearing the LT2 designation, though based on the current LT1 found in the 2019 Corvette Stingray. We could see some news surrounding a package similar to the Z51 Package, too, which on today's Corvette adds another 5 horsepower.

Don't spit your beverage out when there's no mention of a manual transmission. 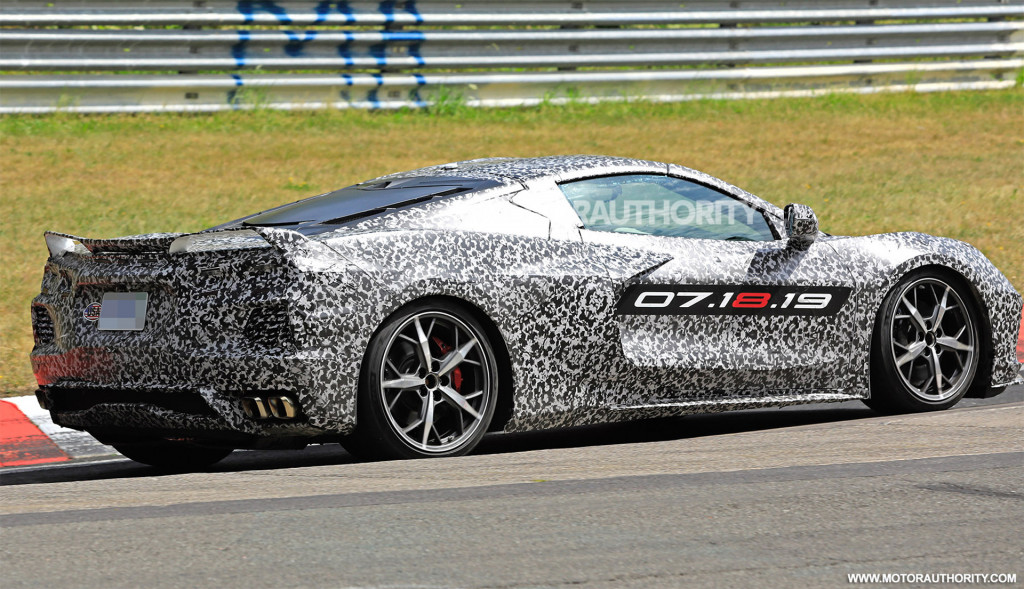 So far, Chevrolet has teased the car rather sparingly. We've seen the car camouflaged at an April event in New York City, a few short teaser videos that don't really show the car, and photos of the new Stingray badge and steering wheel. The development team also ran the mid-engine Corvette Stingray up to the National Corvette Museum during a gathering and gave the crowd a few quick revs.

All of the speculation and wondering ends this evening, so check back here later to watch the video embedded above.