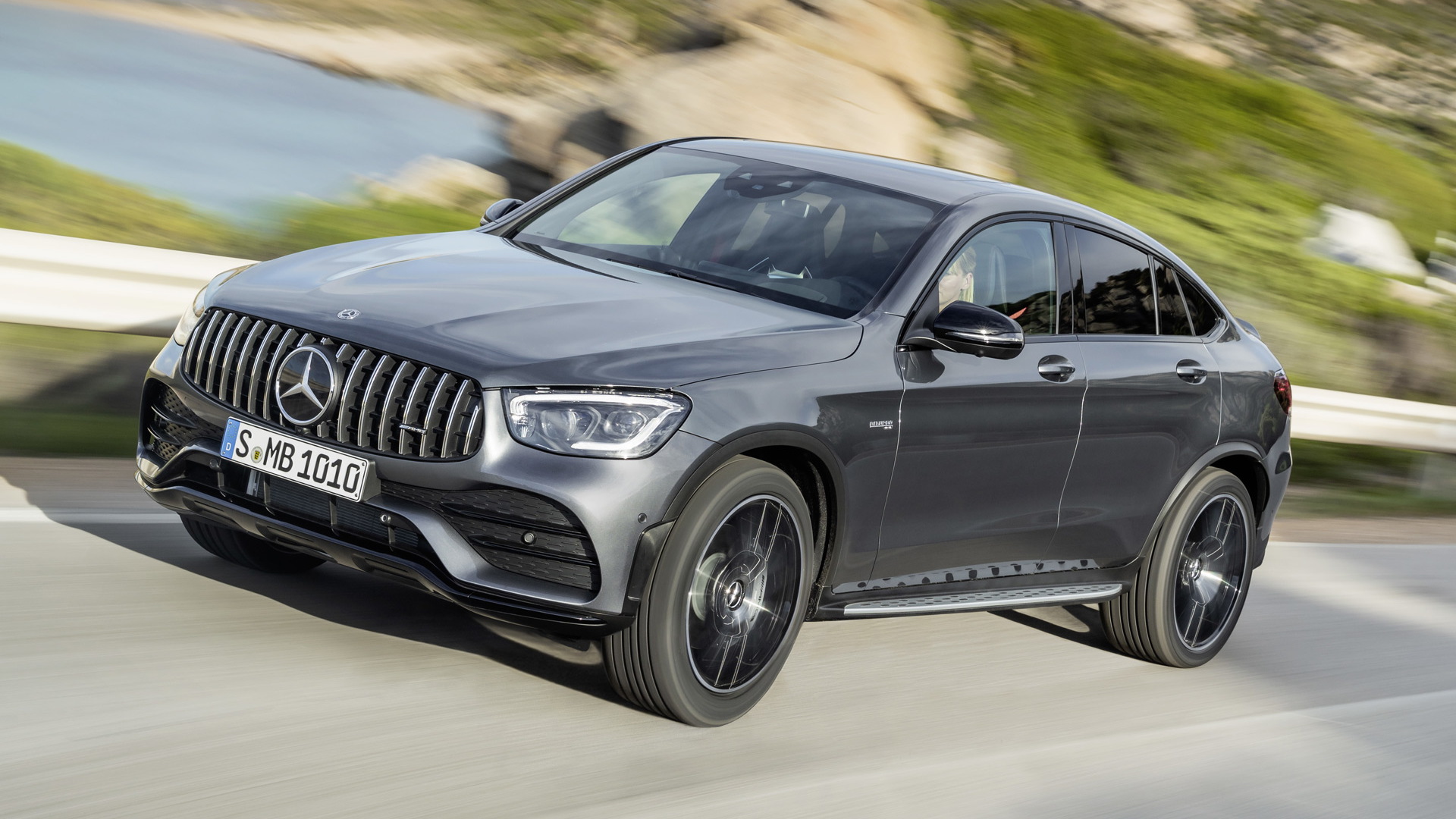 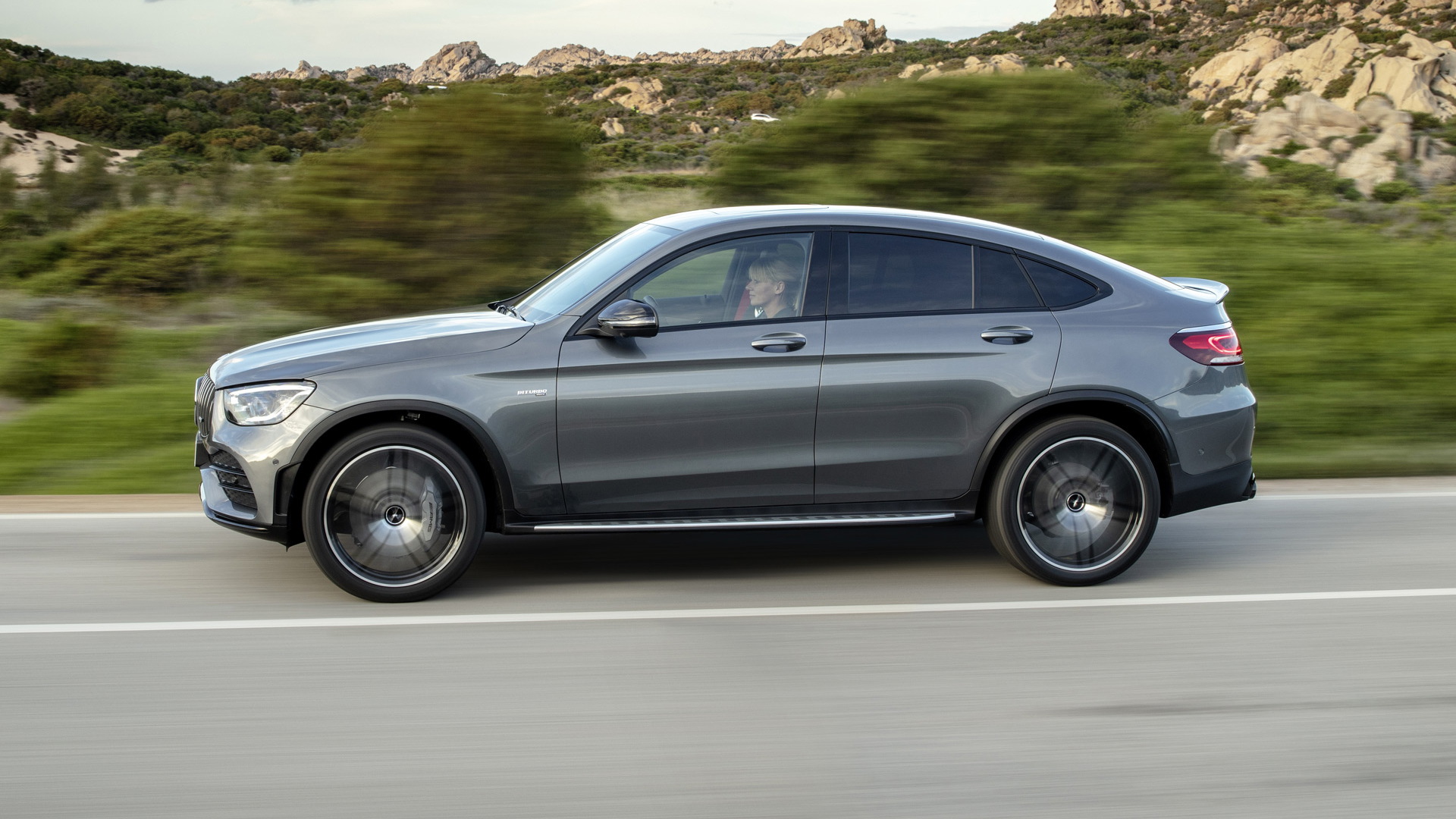 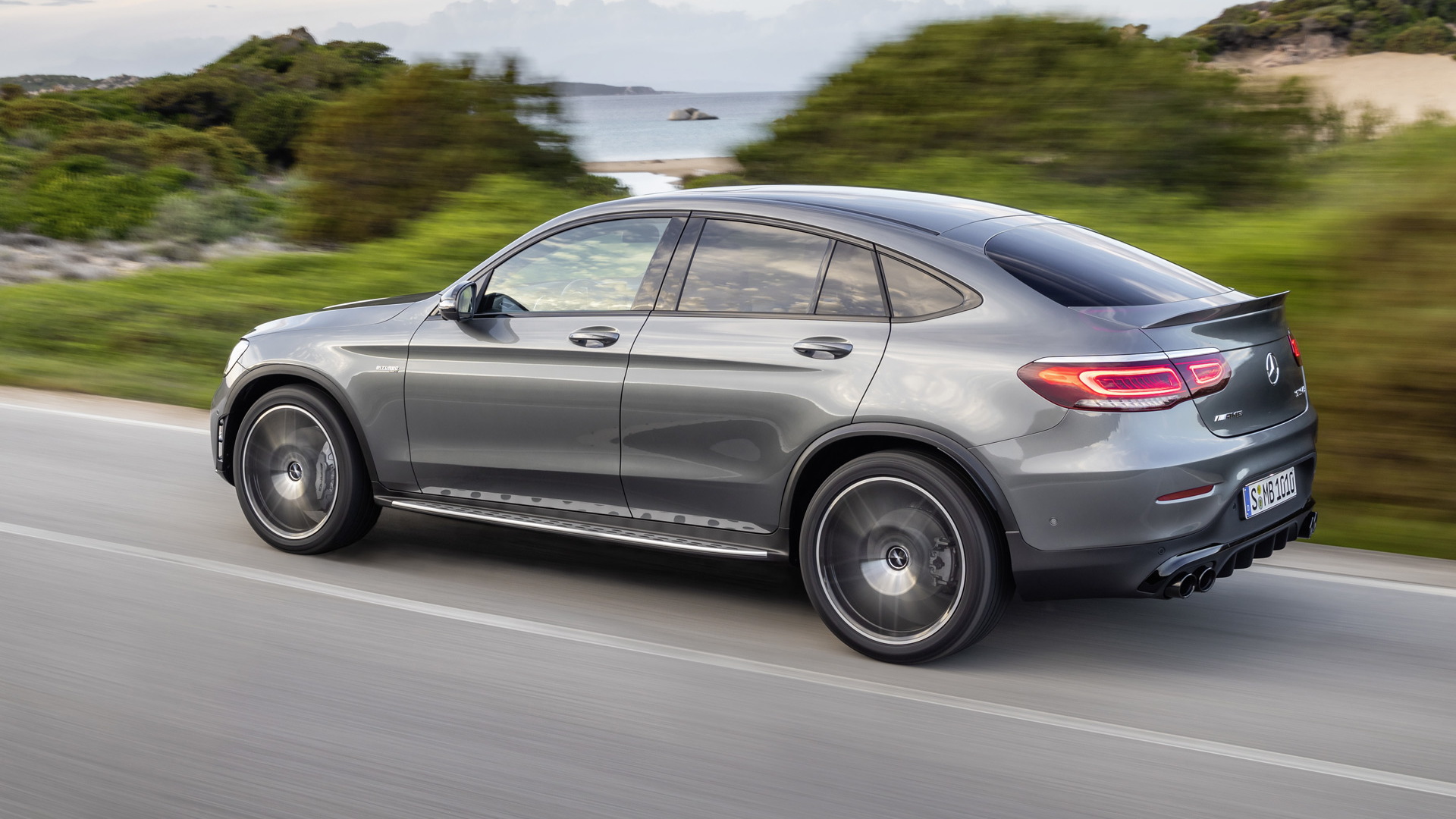 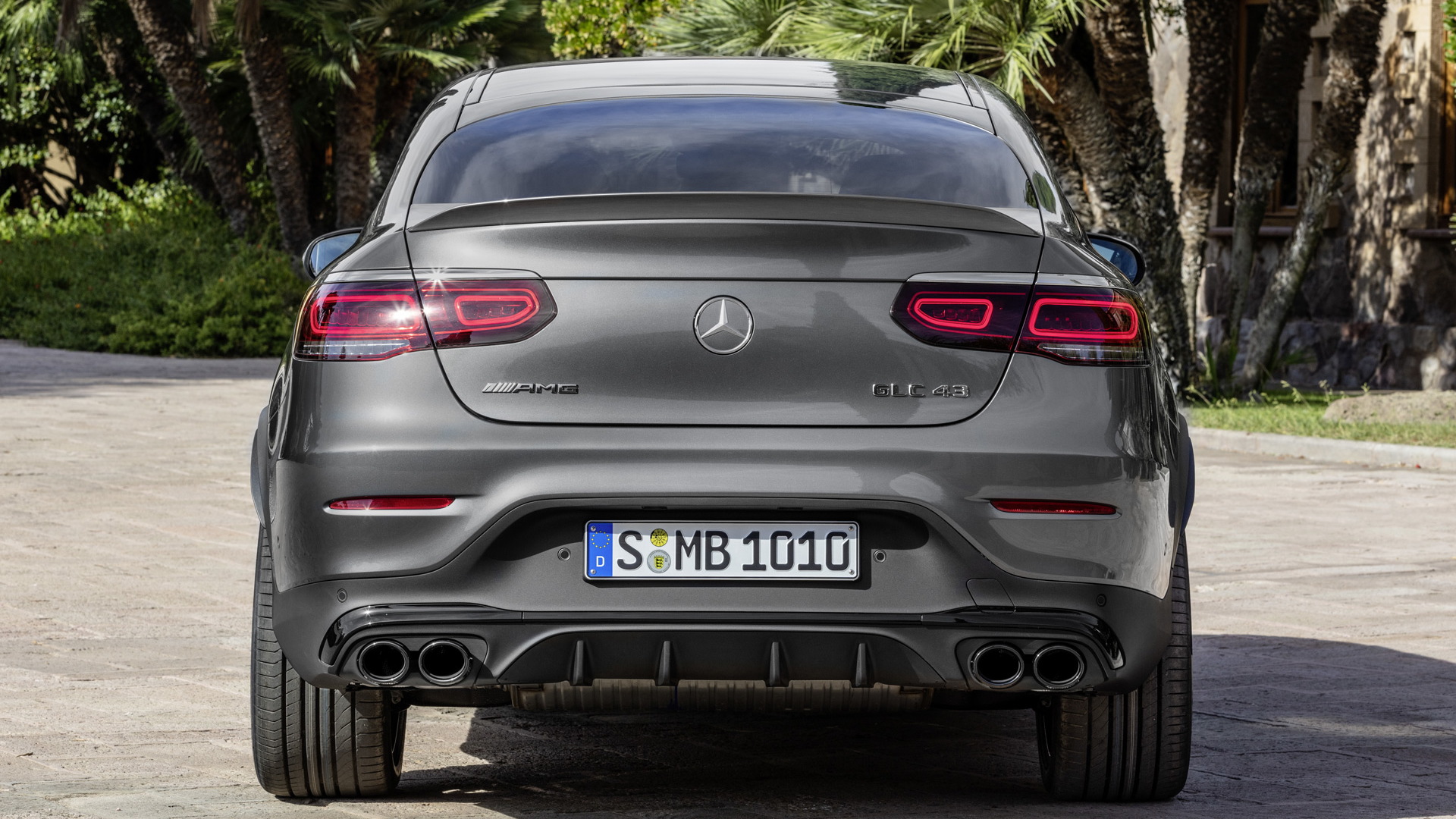 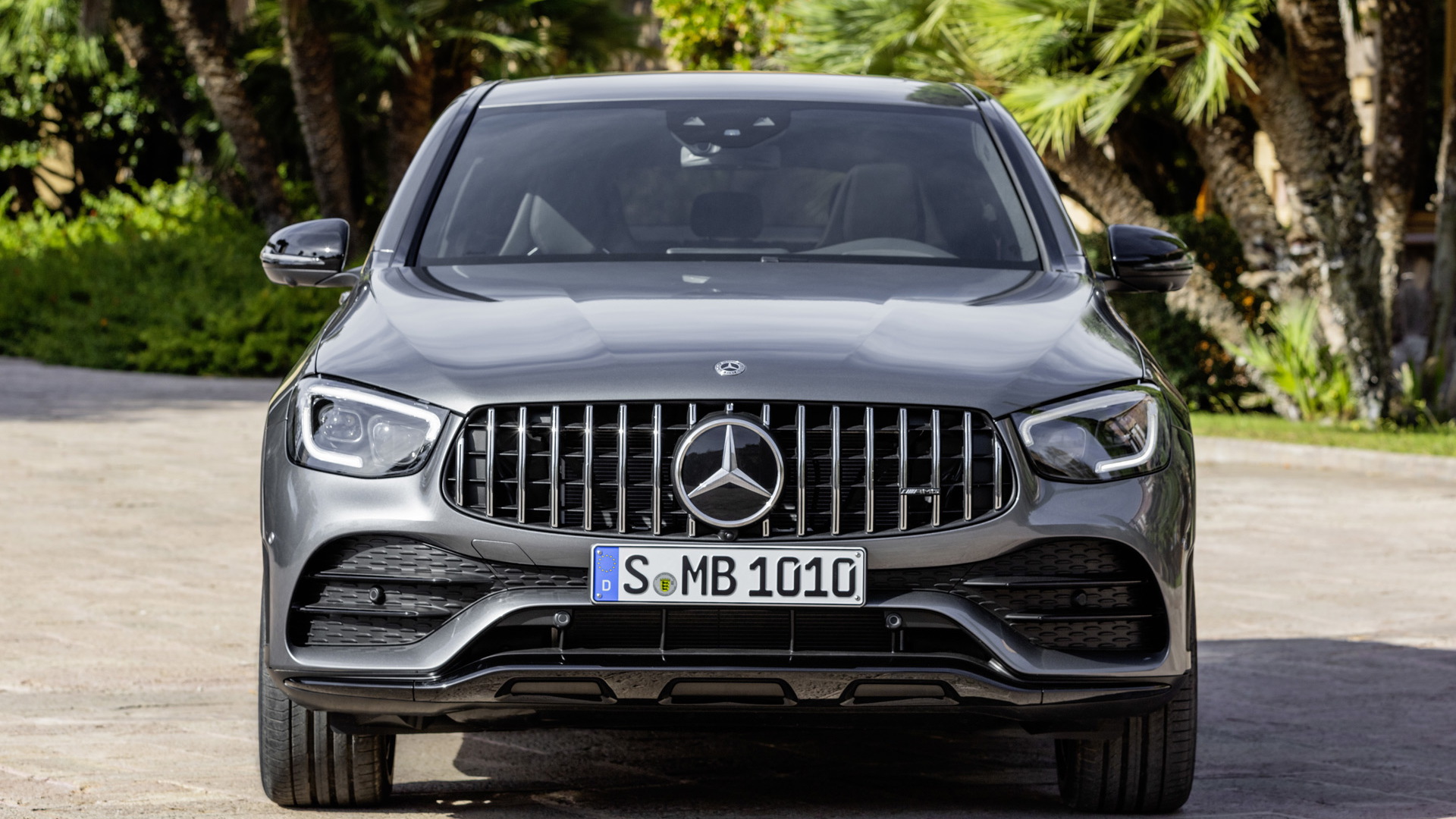 Mercedes-AMG's GLC63 didn't receive any extra power after undergoing an update for 2020, but that isn't the case for its little brother, the GLC43, which was revealed in updated form on Wednesday.

The 2020 GLC43, available as a regular two-box SUV or a sharper-looking coupe-like offering, lands in dealerships in late 2019 and brings several key updates, including a 23-horsepower power bump.

While AMG has started replacing its V-6 with a new inline-6 in some models, the GLC43 sticks with the former. The 3.0-liter twin-turbocharged mill now spits out 385 hp, with the extra urge made possible via larger turbochargers and a retuned ECU. Owners can expect a 0-60 mph time of 4.7 seconds and a top speed of 130 mph with all-season tires and 155 mph with summer performance tires.

The engine is mated to a 9-speed automatic and all-wheel-drive system as standard. The latter features a 31:69 split to provide the rear-biased handling we all love. To further aid the ride and handling, AMG fits its own version of Mercedes' speed-sensitive power steering and an air suspension with adaptive damping.

You'd have to be a die-hard AMG fan to recognize the visual tweaks made to the updated GLC43, the previous version of which was only introduced for 2017. The grille is slightly wider and features AMG's signature vertical-slat design. The lower front fascia also sports a larger, more aggressive intake design. New lights at both ends also reflect the changes made to the entire GLC range for 2020.

Inside, the updated GLC43 features a new steering wheel and the latest version of Mercedes' infotainment system, known as MBUX. The latest version can be controlled via a touchpad, touch-sensitive buttons on the steering wheel, natural-speak voice activation, and a new gesture control system. The latter is an available feature known as the MBUX Interior Assistant. It uses a camera that identifies certain hand movements as the driver or front passenger reaches for the central touchscreen display.

Pricing information for the 2020 GLC43 and GLC43 Coupe will be announced closer to the market launch later this year, but the outgoing model started at about $56,000.

The GLC remains a strong seller for the German luxury brand, which moved 48,643 of them from dealers to driveways in the United States last year.