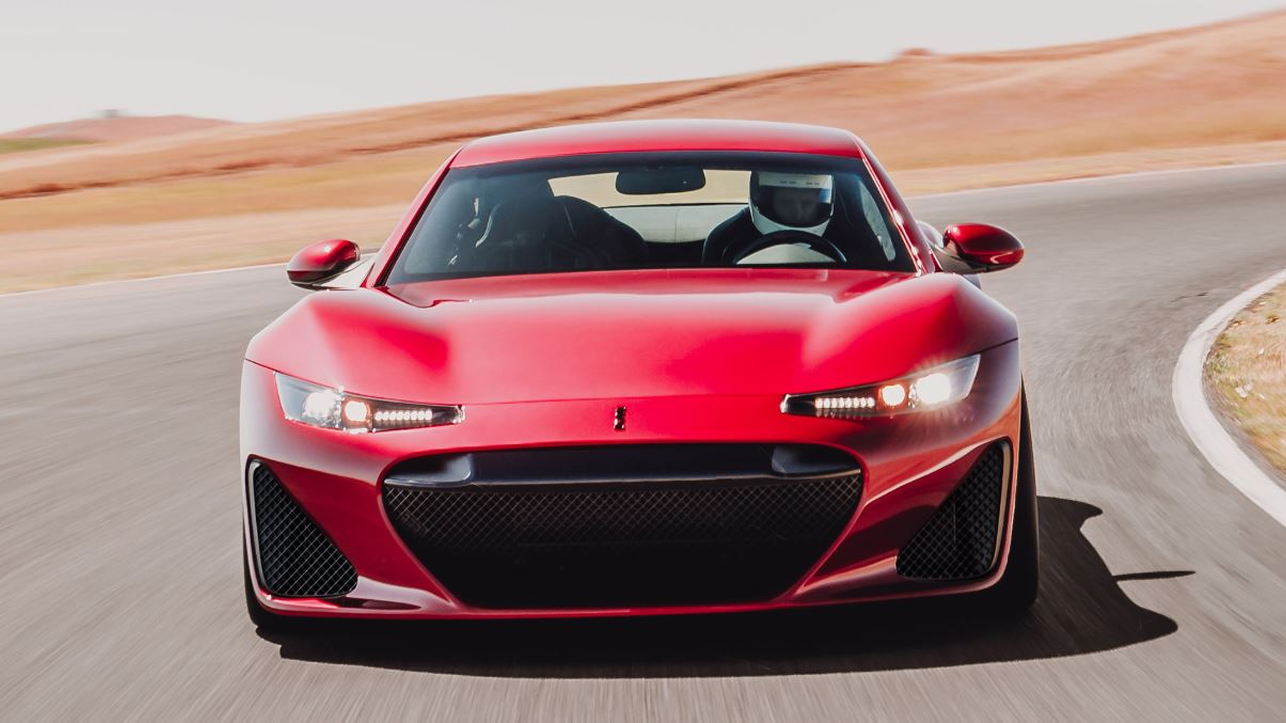 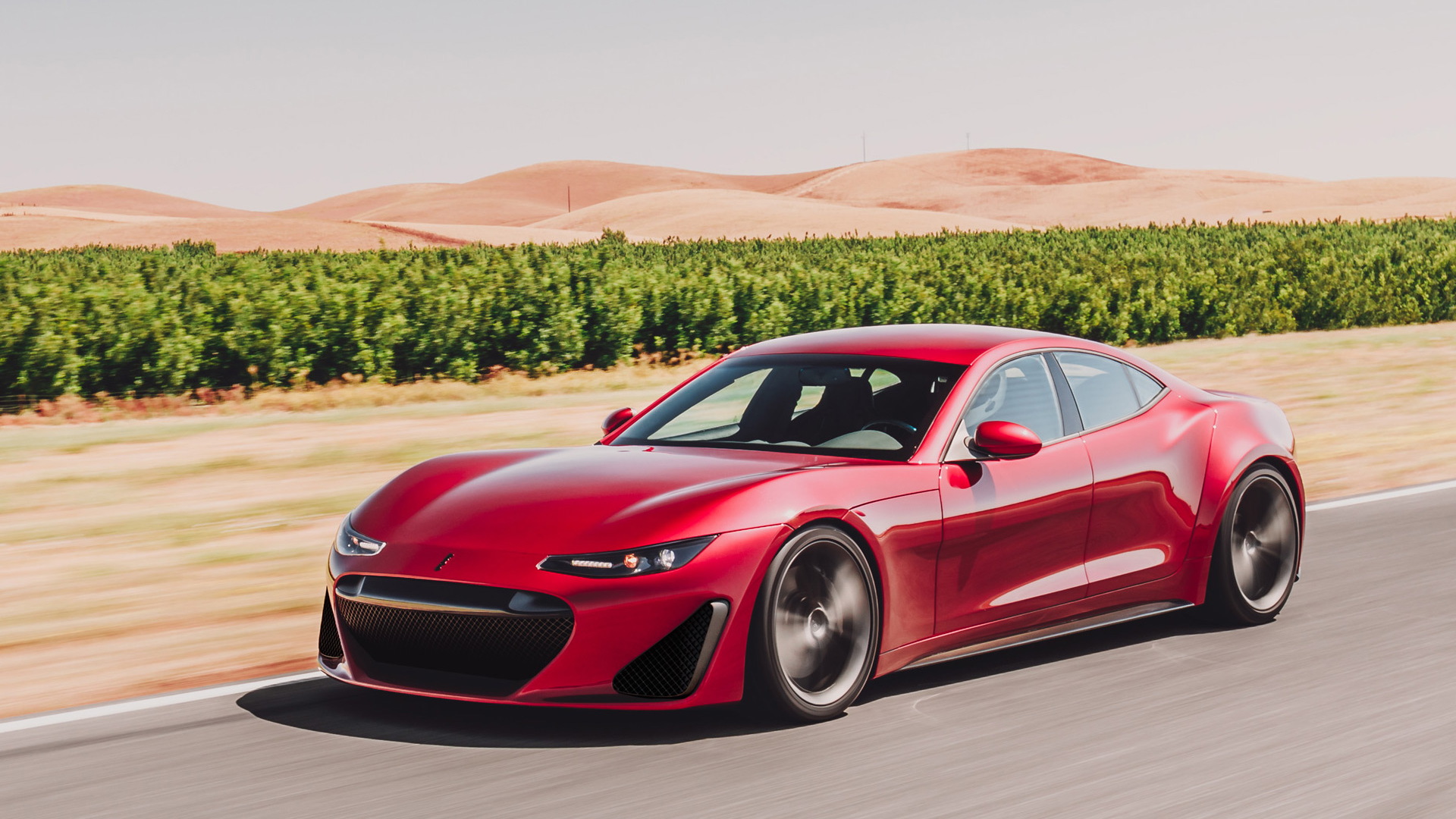 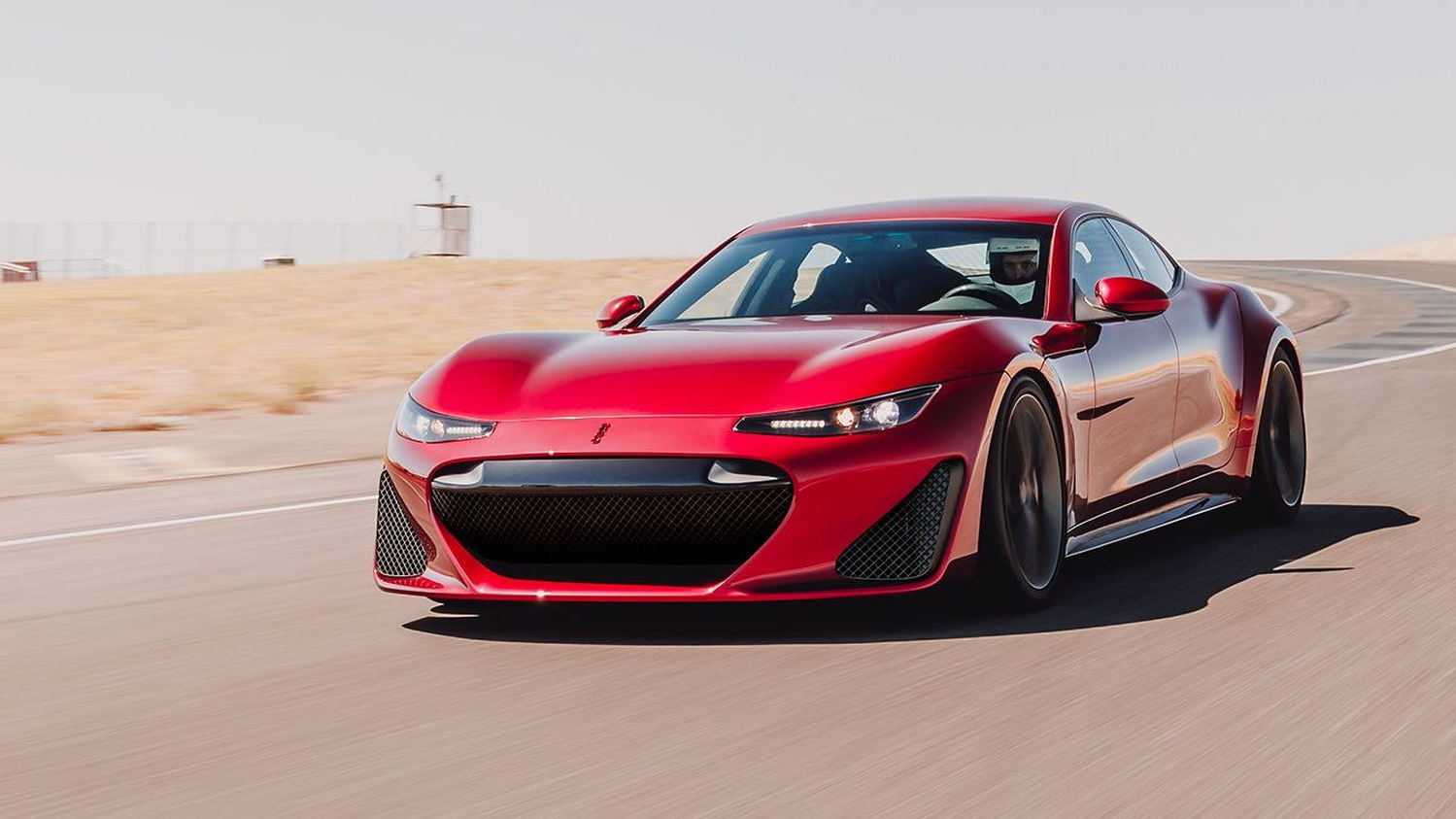 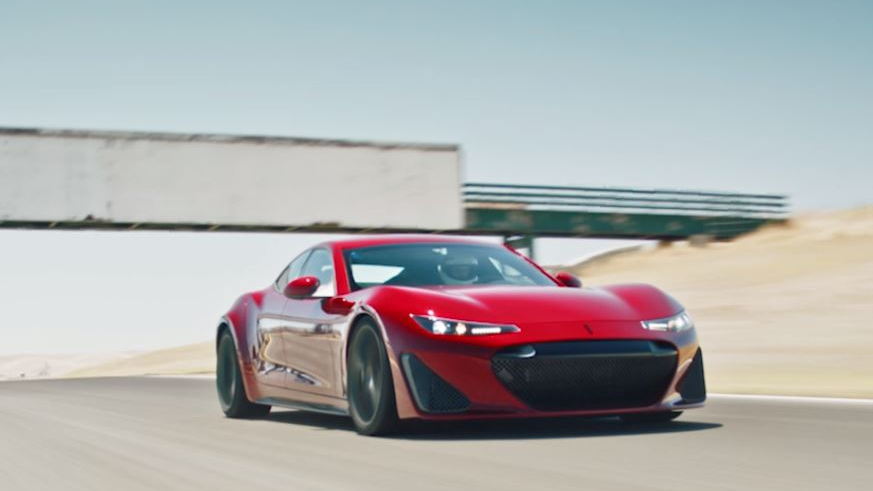 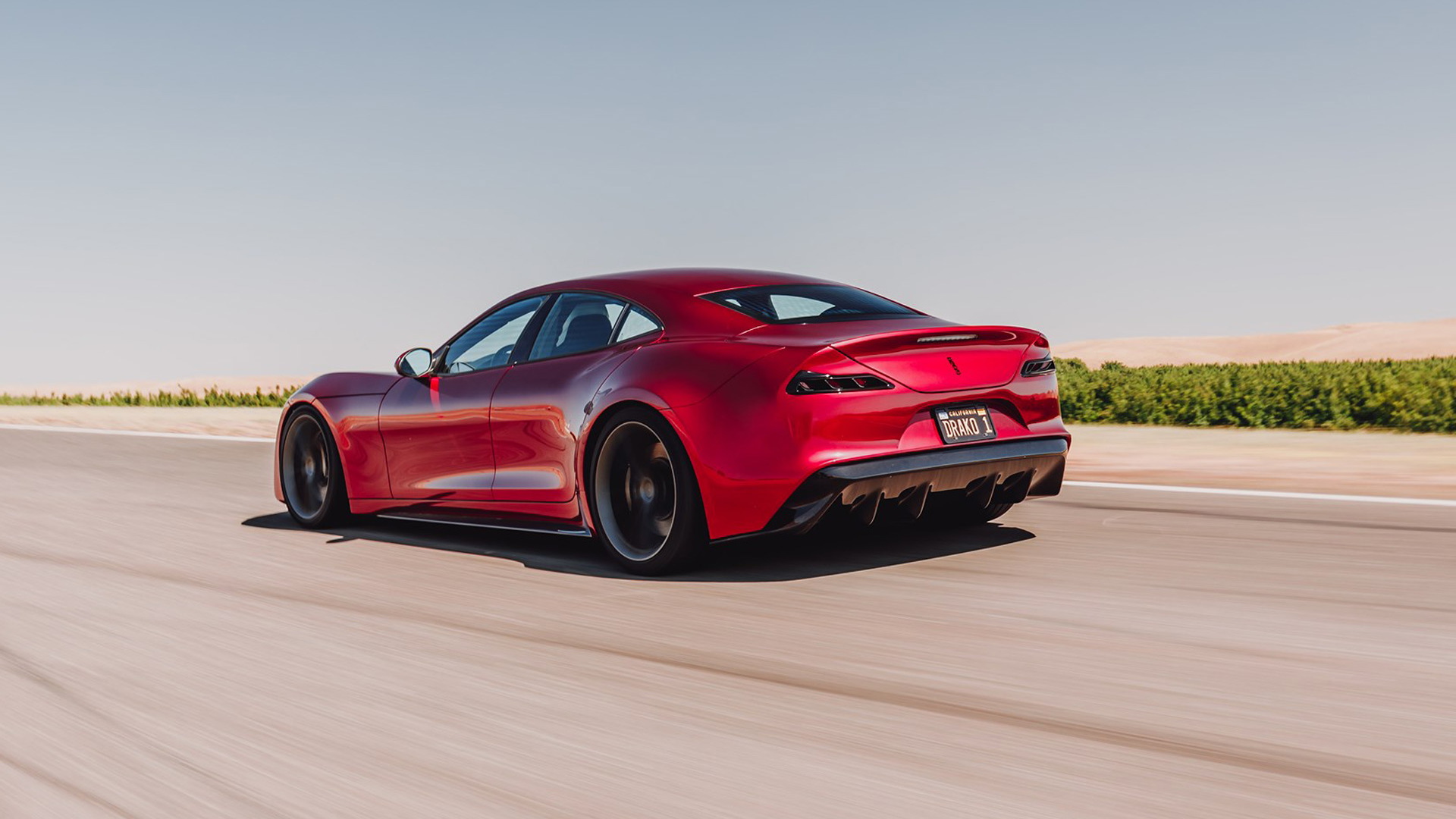 If Tesla can do it, Drako Motors may do it, too. The Silicon Valley-based EV startup used last year's Monterey Car Week to introduce the Drako GTE, an electric super sedan boasting four motors, a 1,200-horsepower output, and some pretty sophisticated dynamics control technology honed on the Nürburgring.

Jay Leno was recently treated to a visit by Drako Vice President Shiv Sikand and was able to learn all about the stunning sedan and its technology. For instance, Sikand confirmed that the GTE uses the body structure of the Fisker Karma, a move that allowed the small startup to avoid costly crash-testing and still ensure the GTE is legal in all 50 states.

He also confirmed that power comes from four permanent magnet hybrid synchronous motors each producing a peak 300 horsepower; each is mated to a direct-drive gearbox, which allows for advanced four-wheel torque vectoring. The juice is supplied by a 90-kilowatt-hour, 450-volt battery pack.

The top speed is a claimed 206 miles and the range, with more moderate driving, should come in close to 200 miles or more. And thanks to high-speed charging, a full charge can be accomplished in around 30 minutes.

Drako has actually been around for a few years, but it's been working quietly to build the GTE. Sikand told Leno that unlike many other EV startups, and even some established EV companies, Drako didn't want to show the GTE until it was ready with a product customers could actually buy.

As sweet as the car is, the price tag will be hard to swallow for most car fans. Drako is offering the GTE at a price of $1.25 million. Luckily for the company, it only has 25 build slots to sell.