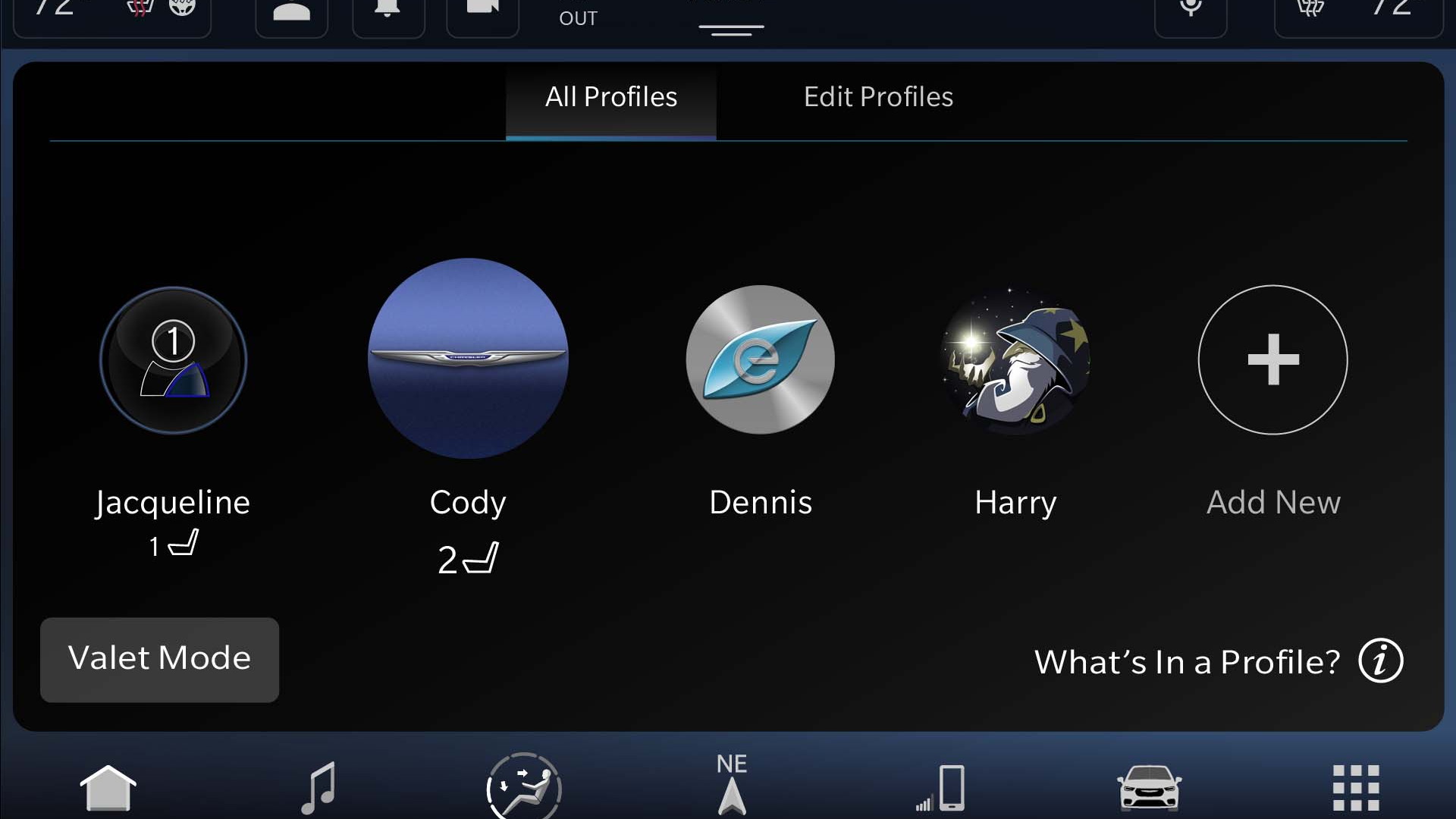 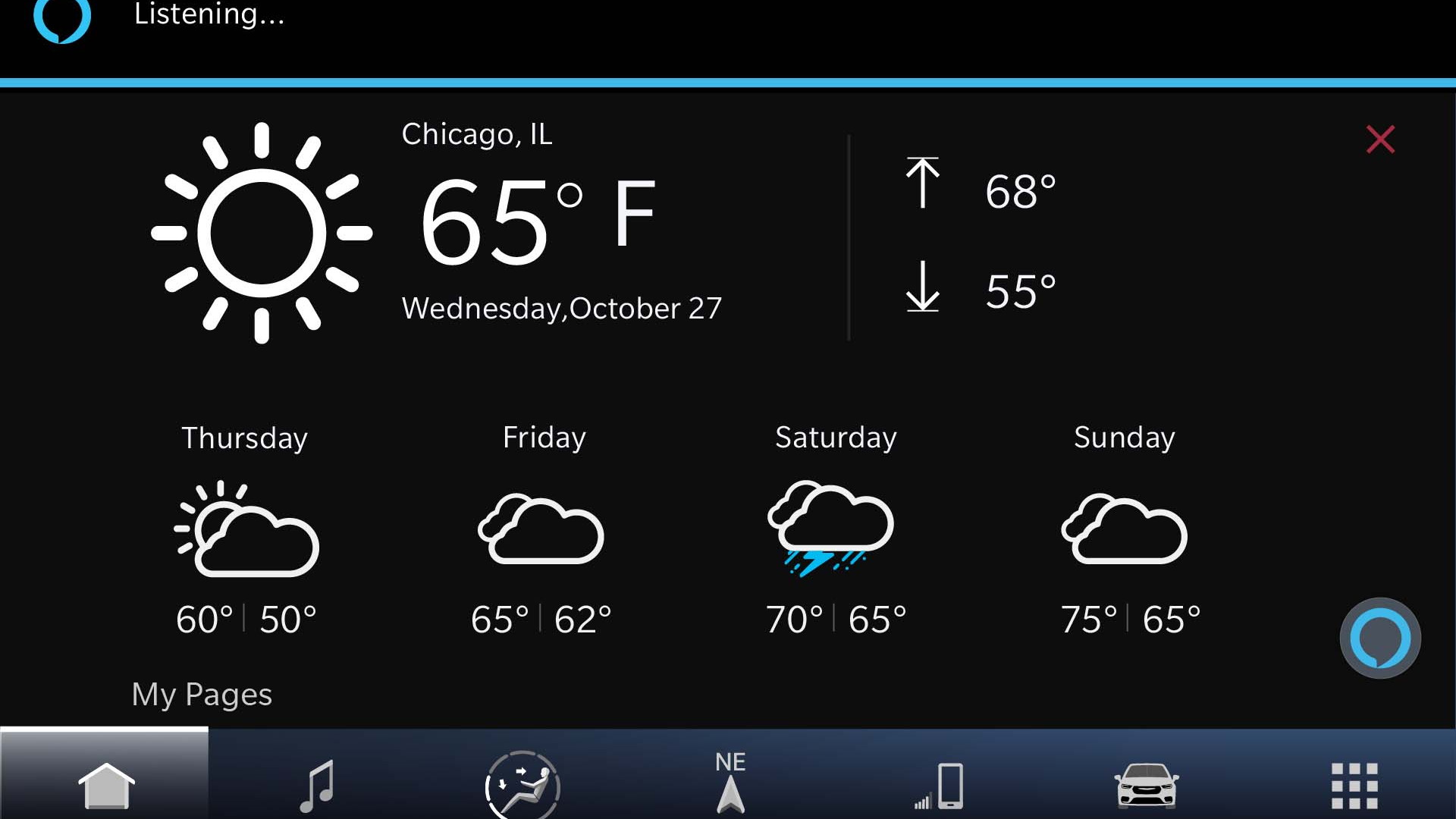 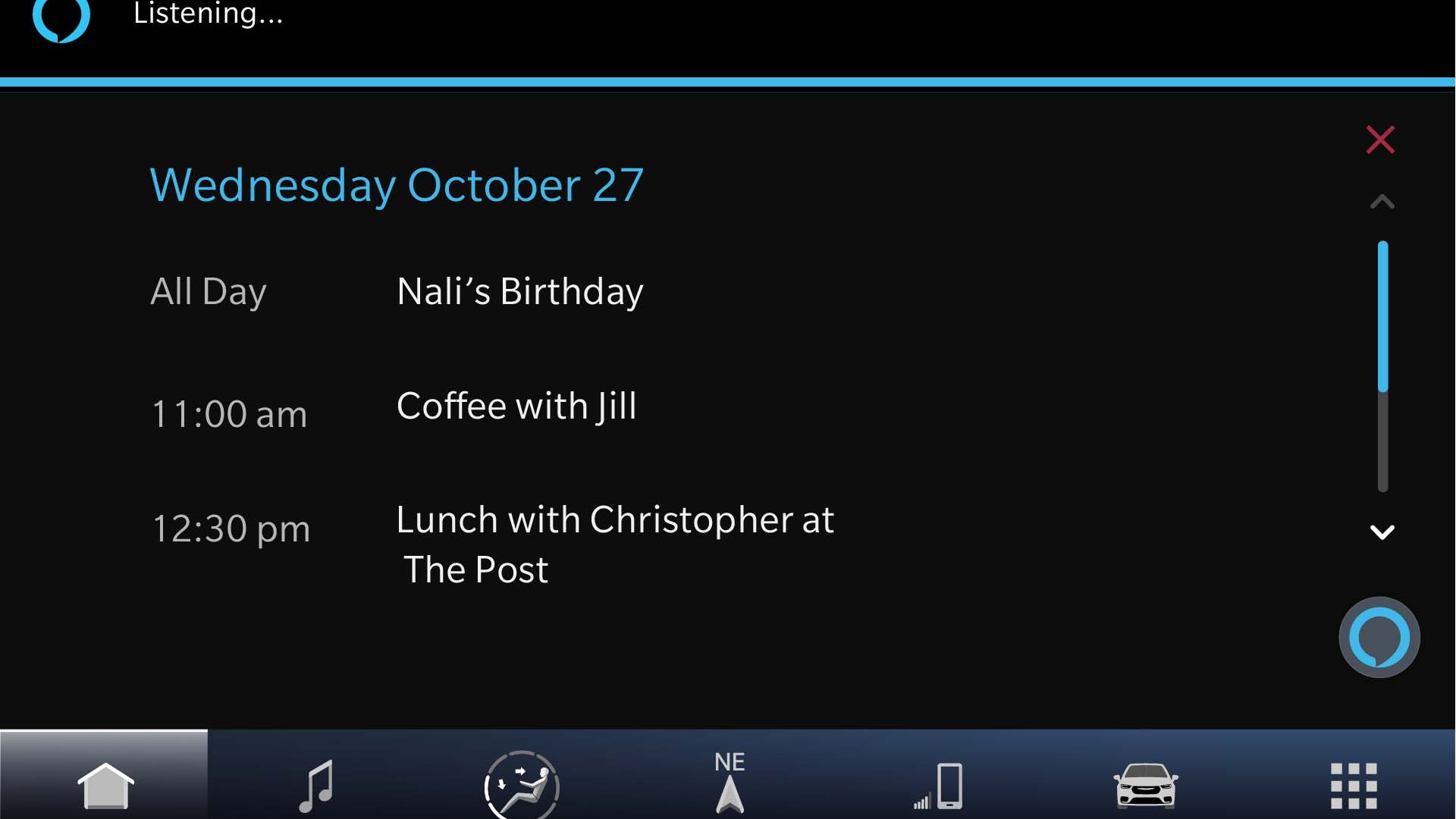 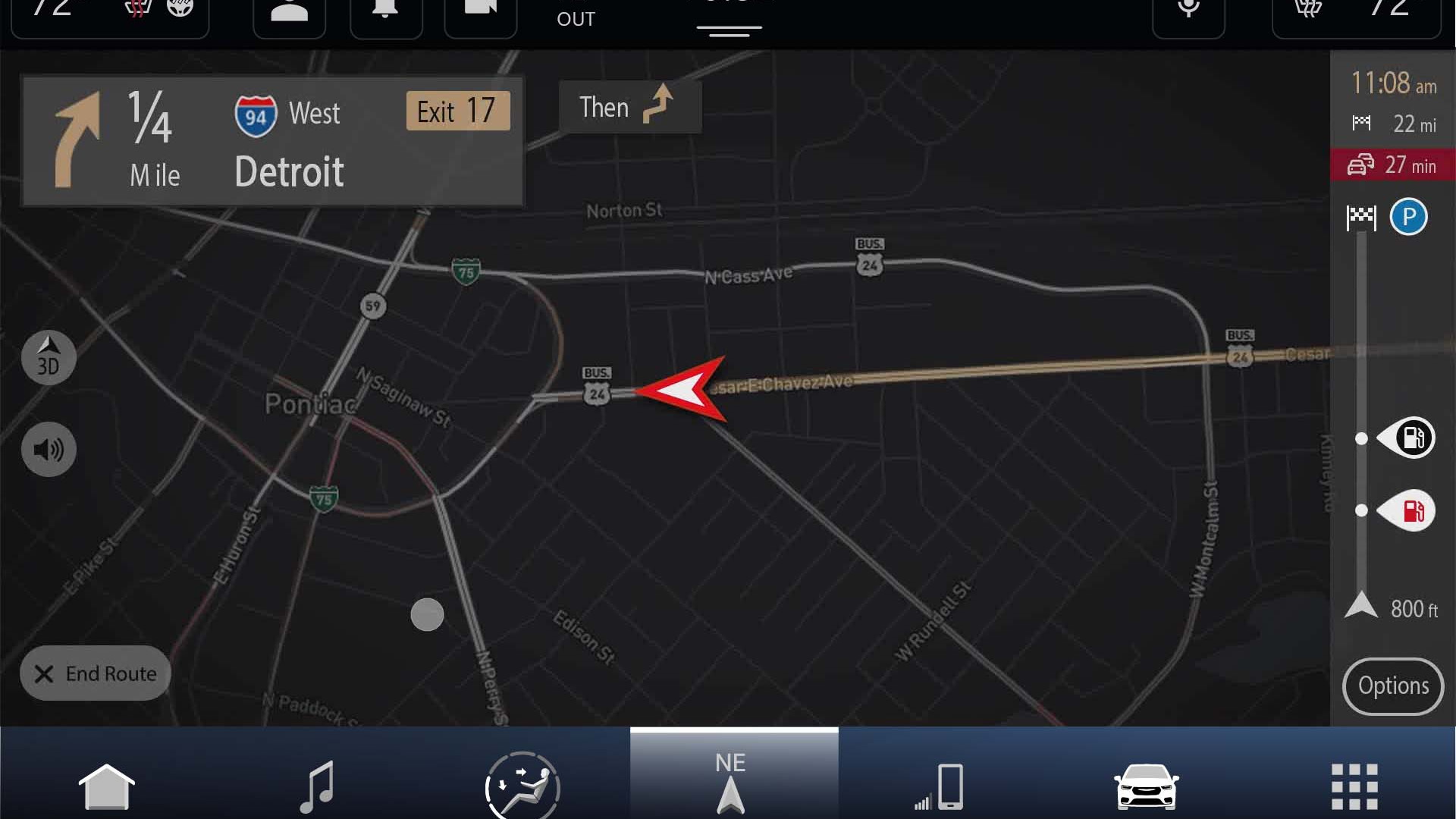 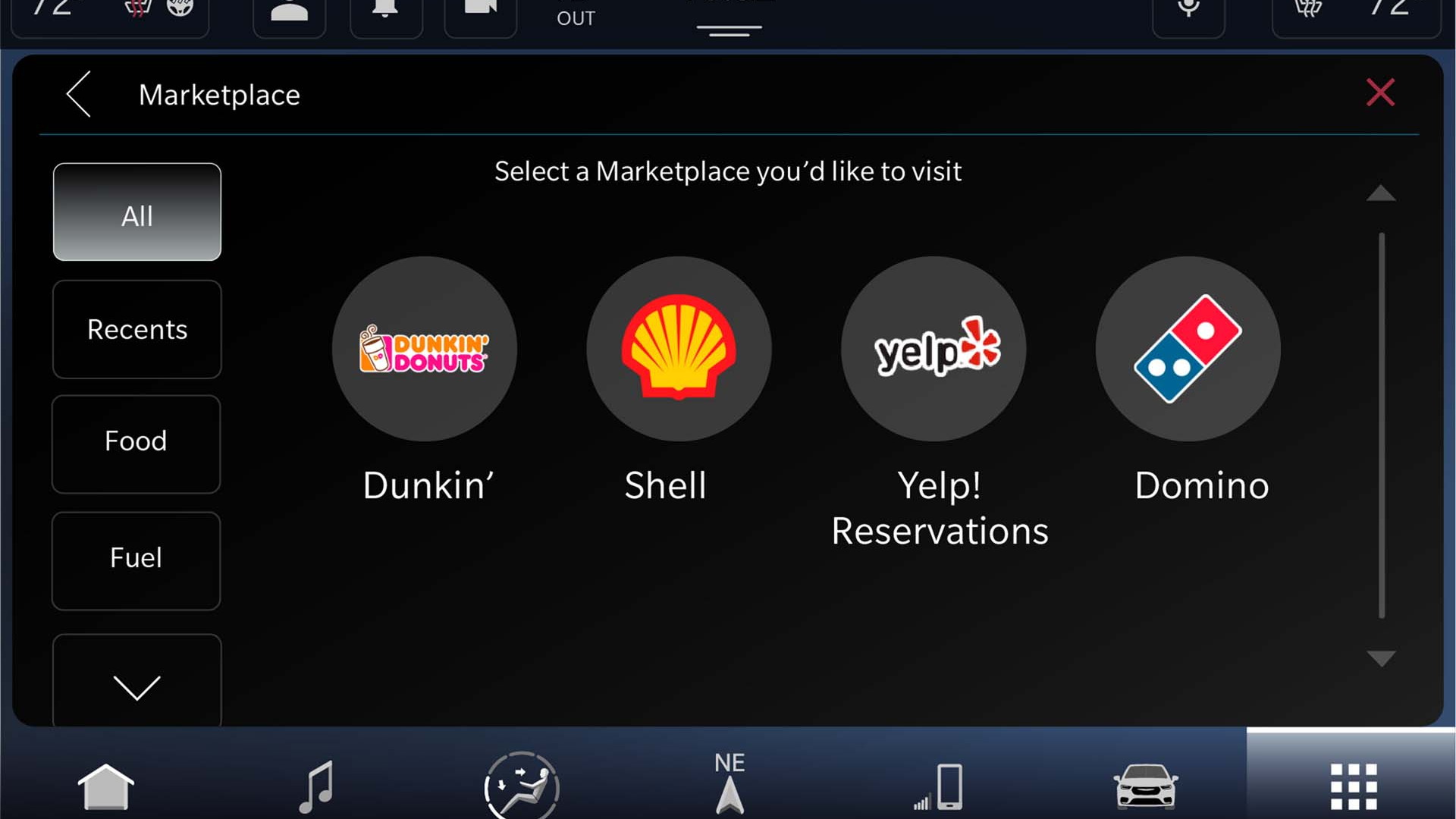 One of the best infotainment systems in the business is about to get better.

On Monday, Fiat Chrysler Automobiles revealed its Uconnect 5 infotainment system platform with more power, more features, and an interface that is just as easy-to-use as today's Uconnect 4 system.

A headlining feature is the ability to create user profiles just like on a computer. Up to five user profiles can be created—plus a valet profile—and every specific user preference and setting is stored. The preferences include seat and sideview mirror settings, gauge cluster layouts, and radio presets.

Apple CarPlay and Android Auto users can now connect to the system wirelessly, and up to two devices can be connected simultaneously via Bluetooth.

Alexa is fully integrated into the system and works via the voice control button on the steering wheel. The system features home-to-car and car-to-home functionality, allowing users to remotely start and lock their cars, unlock or lock their homes, or turn on their houses' lights—all via Alexa at home or in the car.

Ralph Gilles, FCA's head of design, told Motor Authority Uconnect 5 lays the foundation for the next few years with a more responsive interface and over-the-air updates and upgrades.

Today's system can be upgraded with OTA updates via the 4G LTE connection, but it's limited to the system's firmware. Uconnect 5 features OTA system and navigation map updates courtesy of Tom Tom.

The Tom Tom-based navigation system reports real-time traffic and can reroute or add destinations along the way. The system tells drivers which lane to be in to help navigate complicated intersections and on/off ramps. It also notes speed cameras, traffic, and hazard warnings, all of which will be displayed in the instrument cluster. A Last Mile Navigation feature provides walking directions from the vehicle to the final destination via the Uconnect smartphone app.

SiriusXM's 360L and Personalized Stations Powered By Pandora are included with a free 12-month subscription.

The screen is three times the resolution of today's screen and the Android-powered interface is five times quicker with a 0.05-second response time. That's all enabled by a new electrical architecture, a 50-MIP (millions of instructions per second) chip, 6 gigabytes of RAM, and 64 gigs of flash memory.

The system looks similar to Uconnect 4, but that's deliberate because it was easy to use. However, it has a flatter look compared to the current system's 3D-shaded virtual buttons. There's some semblance to Ford's flat-look interface here, though FCA's new system uses depth in the interface to show hierarchy for the currently available controls.

The tiles on the homescreen can be reconfigured and customized like a smartphone with up to five pages that users can swipe through just like an iPad.

A new configurable status bar at the top of the screen allows for quick and easy access to functions drivers use most often.

While today's system is slick, certain features are in hard-to-find locations. This has been fixed in Uconnect 5 with various controls grouped by category. For instance, the heated seats and steering wheel are now on the comfort page.

Every Uconnect 5 system will come three months of a 4G LTE hotspot.

FCA said Uconnect 5 will launch in a vehicle in 2020. Look for it to spread throughout the FCA lineup.