The concept seems strange but it's a simple matter of stimulation. A series of actuators in the seat foam make constant micro-adjustments that simulate walking, which is known as pelvic oscillation.

JLR says the technology could help reduce the health risks of sitting down too long in a society that is increasingly becoming sedentary. JRL said more than 1.4 billion people worldwide are becoming more sedentary, which shortens the muscles in the legs, hips, and glutes and leads to back pain. 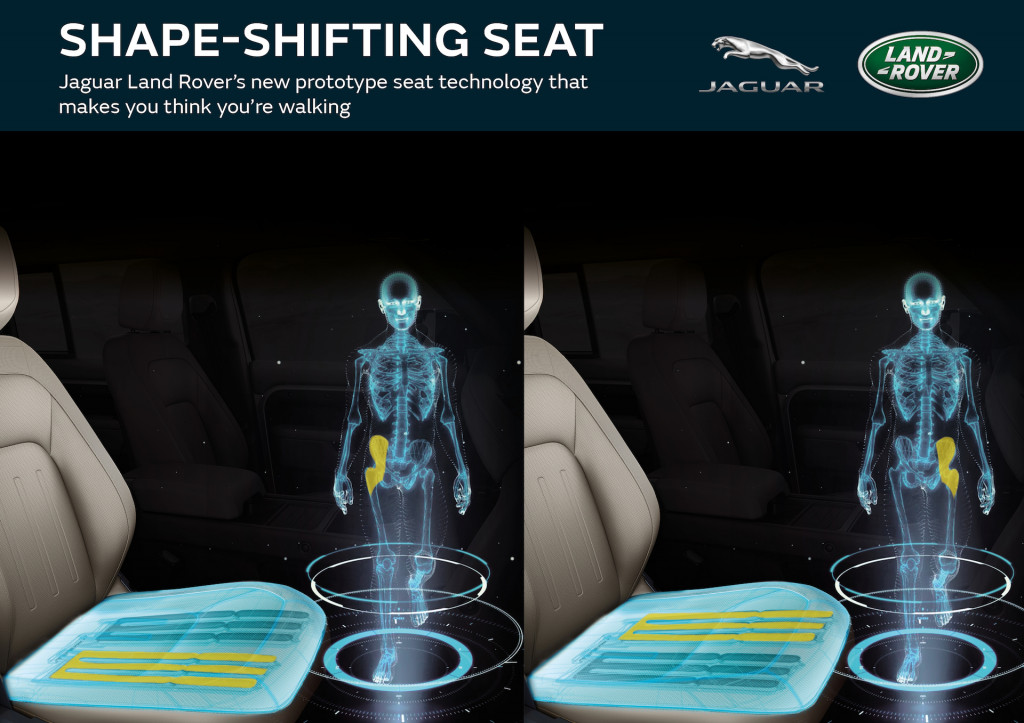 JLR says its "morphable" seat is being tested by the company's Body Interiors Research division. The actuations in the cushions could be tailored to the driver and passenger. If bodies feel like they're walking, instead of sitting, it could be better for overall health after long hours in a car seat.

JLR says the morphable seat is part of an overall process to improve customers' well-being. Other projects have studied ways to reduce motion sickness and use ultraviolet light to stop the spread of colds and flu.

The company has not said if the morphable seat will be used in any of its cars. If it does, it will be good to know that JLR has your back.