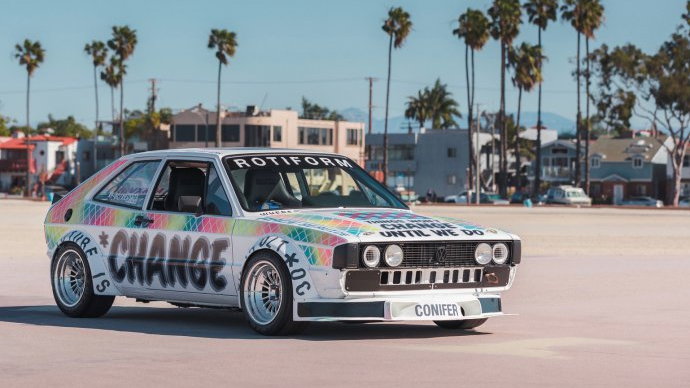 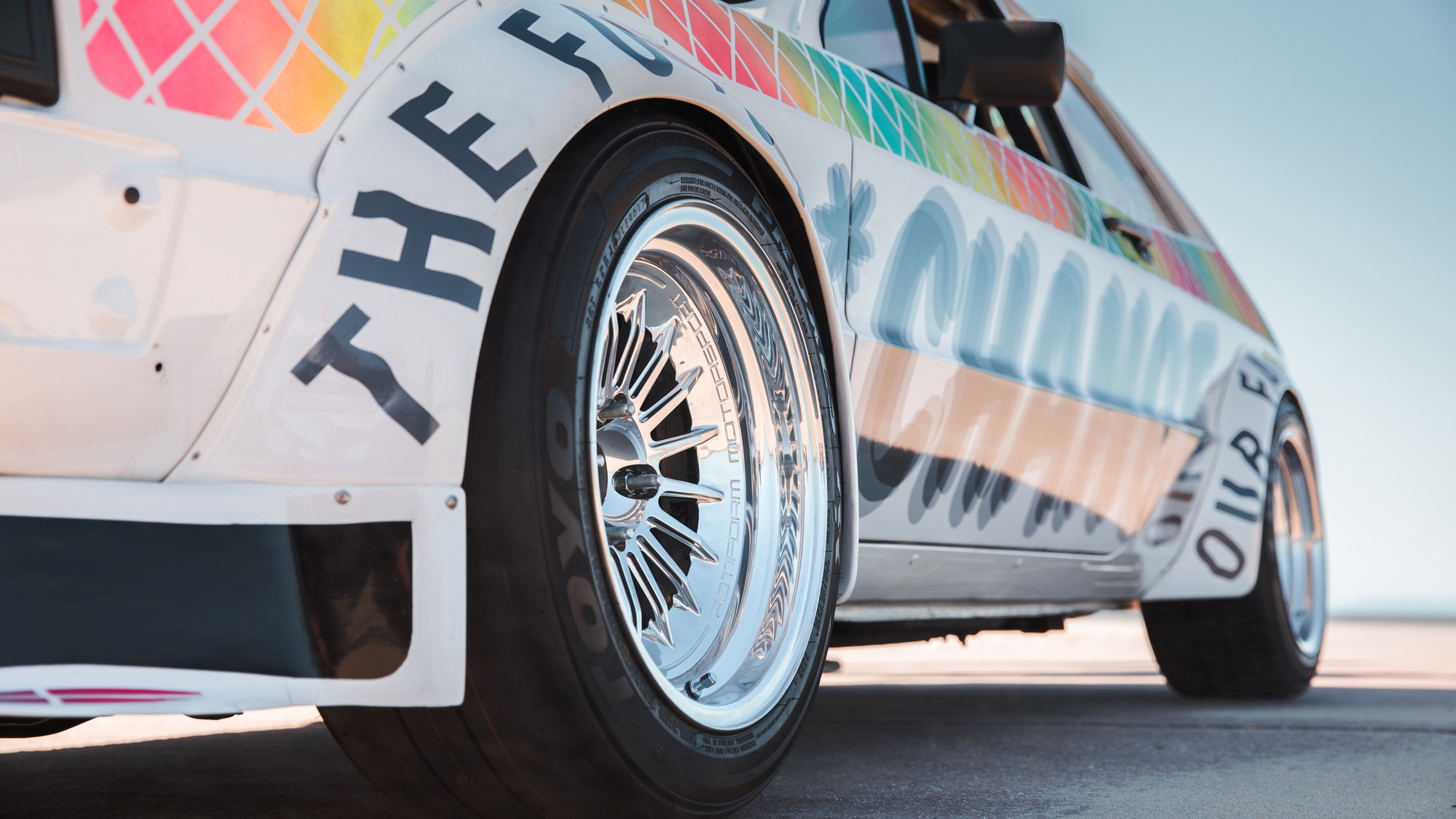 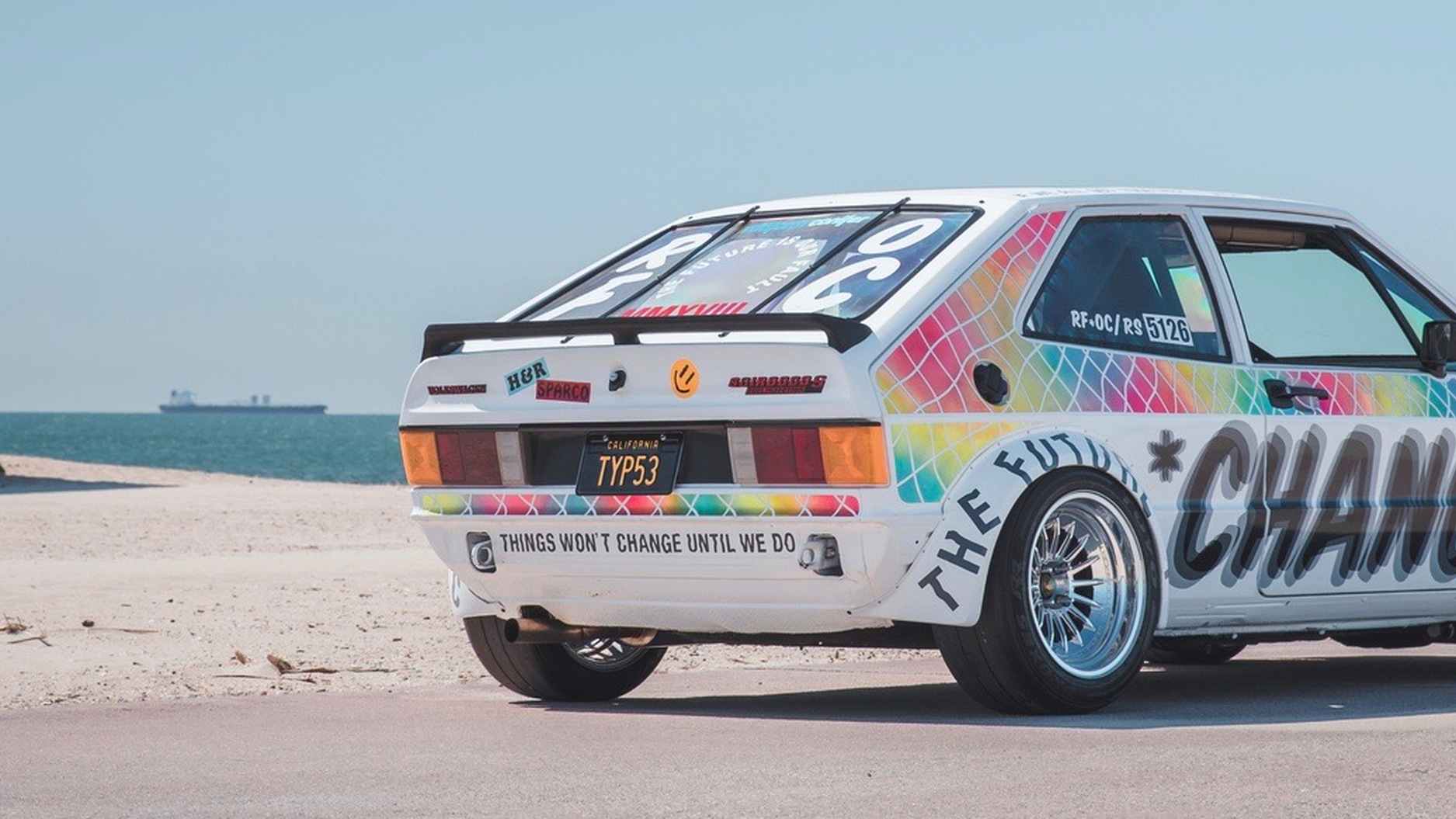 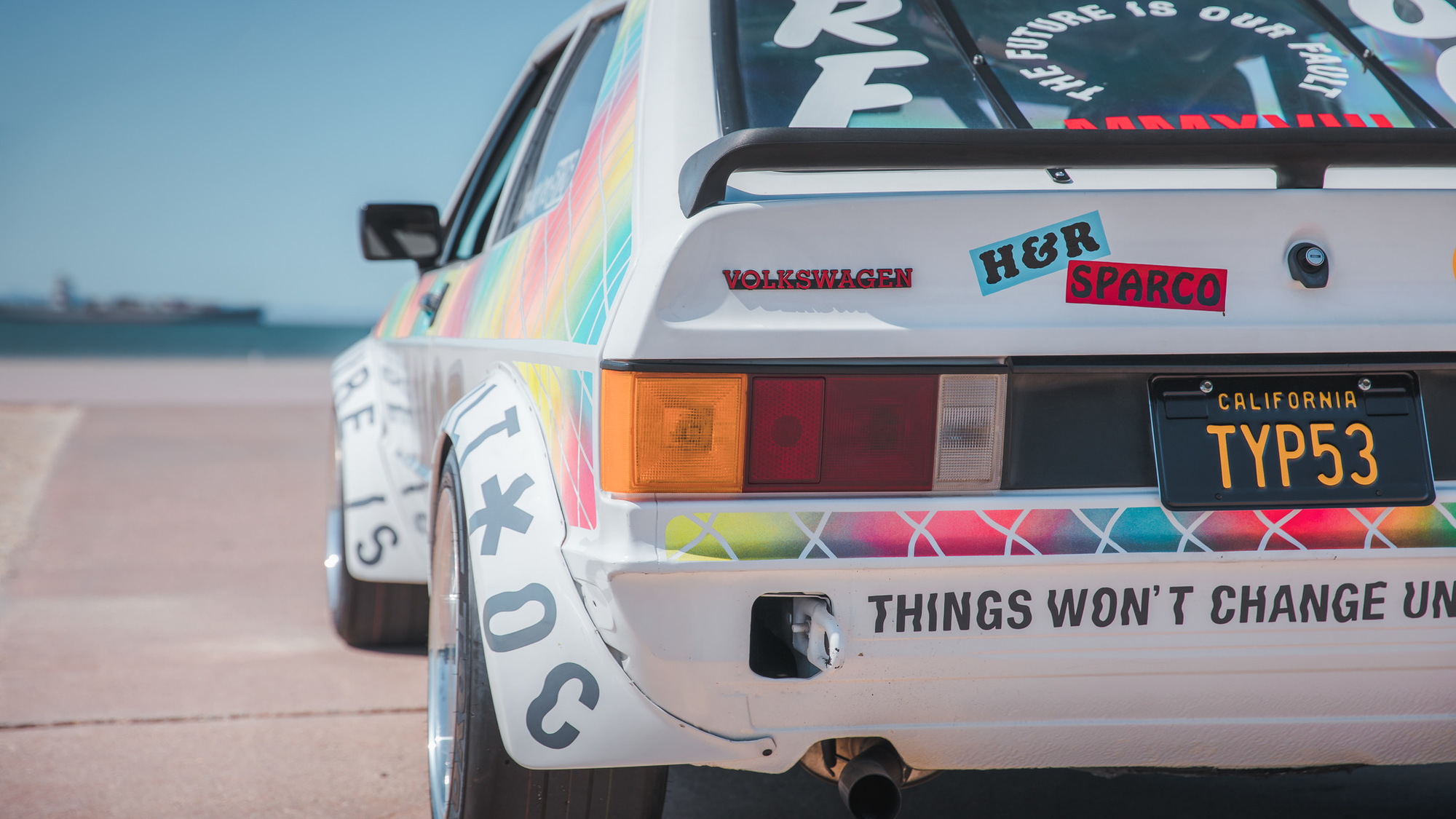 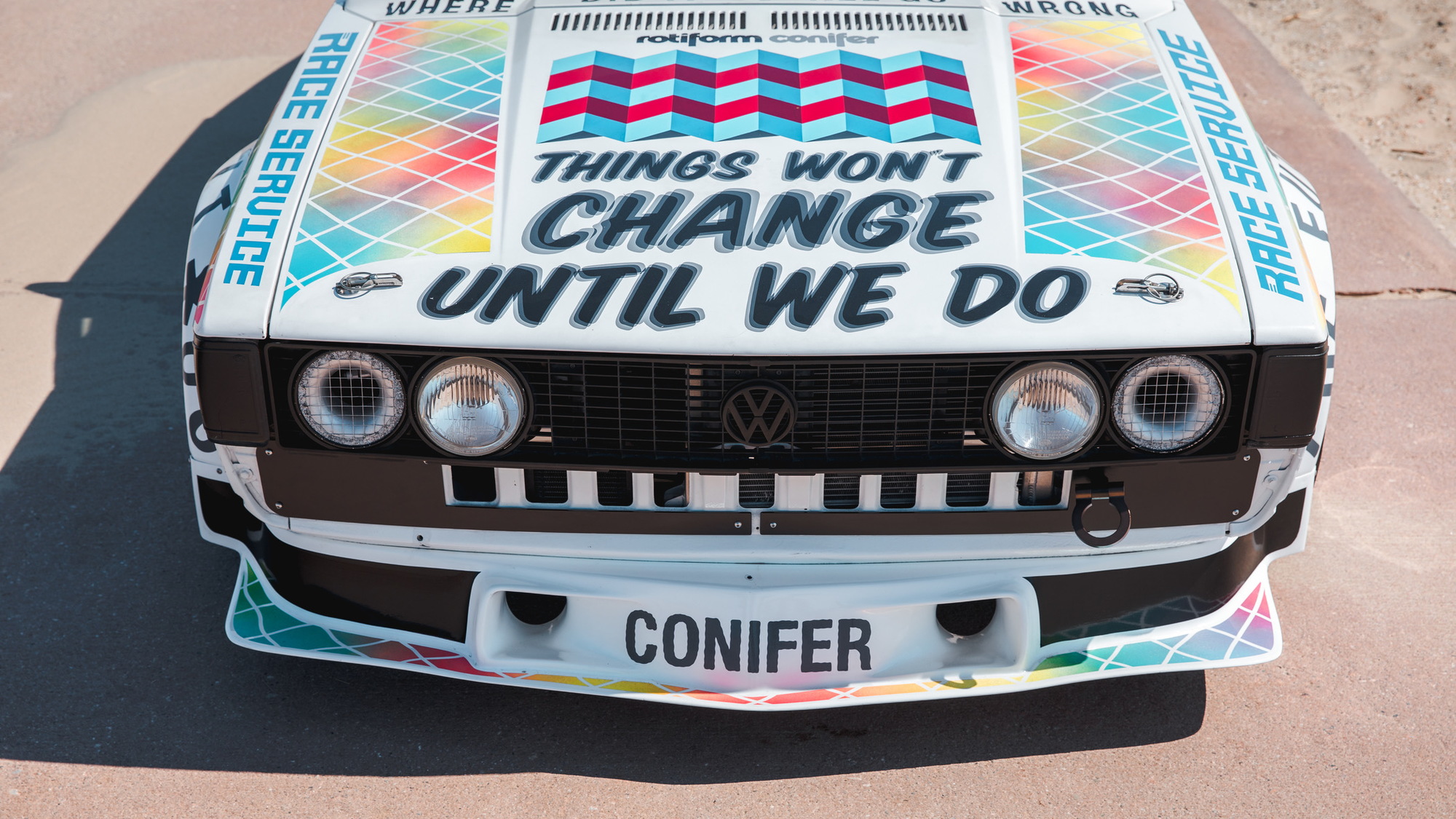 “Splashed in a rainbow motif, blurred lettering and wild graphics, there’s no surprise why the hand-painted hatchback has people buzzing in and outside the automotive community,” Volkswagen of America says in a news release. “Blurring the lines between race car and art car, the sporty coupe beckons viewers to stop and stare a bit longer.”

VWoA goes on to explain that Jason Whipple has spent nearly a decade retrofitting his weekend “beater” of a 1980 Volkswagen Scirocco S into a decked-out drag racing machine, and more recently into something of an art car.

“What began as a simple side hustle for the Volkswagen enthusiast snowballed into a complex rebuild as his laundry list of desired modifications grew longer and more ambitious,” the news release continues.

“I took a perfectly good car, pulled it apart and changed everything about it,” said Whipple, co-founder of the California-based wheel company Rotiform Wheels. “I call it the ‘Million Dollar Scirocco’ because it seemed, at the time, I was spending a million dollars on it.”

“Whipple has been a Volkswagen enthusiast since he was a teenager,” the company reports. “The first car he purchased on his own was a 1986 Jetta GLI 8v. Now in his forties, he’s expanded his collection to include a Volkswagen Golf R in the new Spektrum Irish Green color and three Sciroccos”

“They are the quintessential, affordable sports car,” Whipple is quoted. “They are right and nimble and, because of that, move with grace and balance. It’s hard to find that in a modern car today. It’s the joy of simplicity when I drive it.”

VWoA reports that more than 500,000 of the Mark 1 Sciroccos were sold between 1974 and 1981, although the car was not as popular in the United States as it was in Europe. Designed by Giorgetto Giugiaro, the Scirocco was more a style statement and sharp handler for its price than a top-speed machine, the company notes.

Whipple’s car got its unusual body art after Whipple met British graphic artist and fellow VW enthusiasts Nicolai Sclater in the fall of 2018.

“Whipple granted Sclater free rein of the design of the then all-white vehicle and gave him several weeks to hand-paint it,” VWoA reports.

“I was both terrified and thrilled at the same time,” Whipple recalled.
Sclater told VW0A he incorporated some progressive ideas into his design, including phrases like “the future is our fault” and “things won’t change until we do.”

“It stemmed from two different ideas,” he said. “The first was the blurry lettering. I was getting frustrated at how insignificant art is becoming on Instagram and that’s generally where most people are obtaining their art on a daily basis. They are not looking at books or going to museums.

“I wanted to do a little of a practical joke with the audience, so they had to pause and actually engage with the picture.”

The second idea was a call to action for people to take stock of their actions and to be more considerate of people and the environment.
“It’s all about working together rather than approaching the world as one massive competition,” Sclater was quoted.