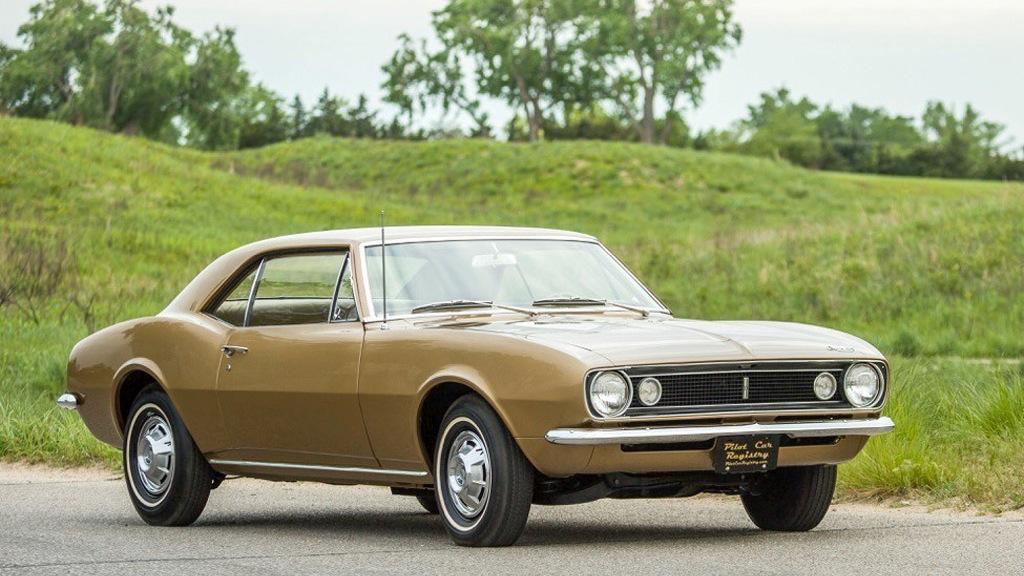 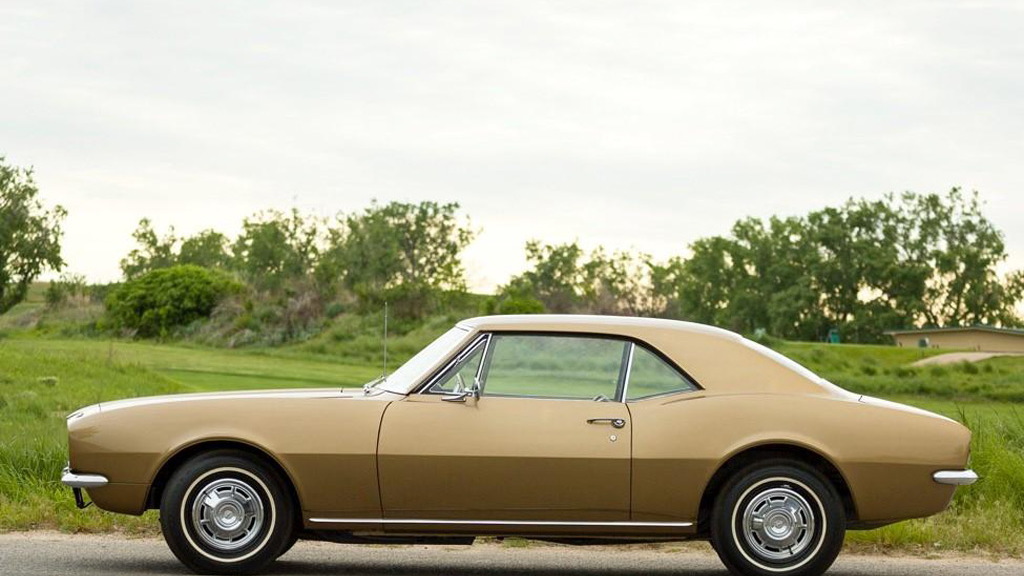 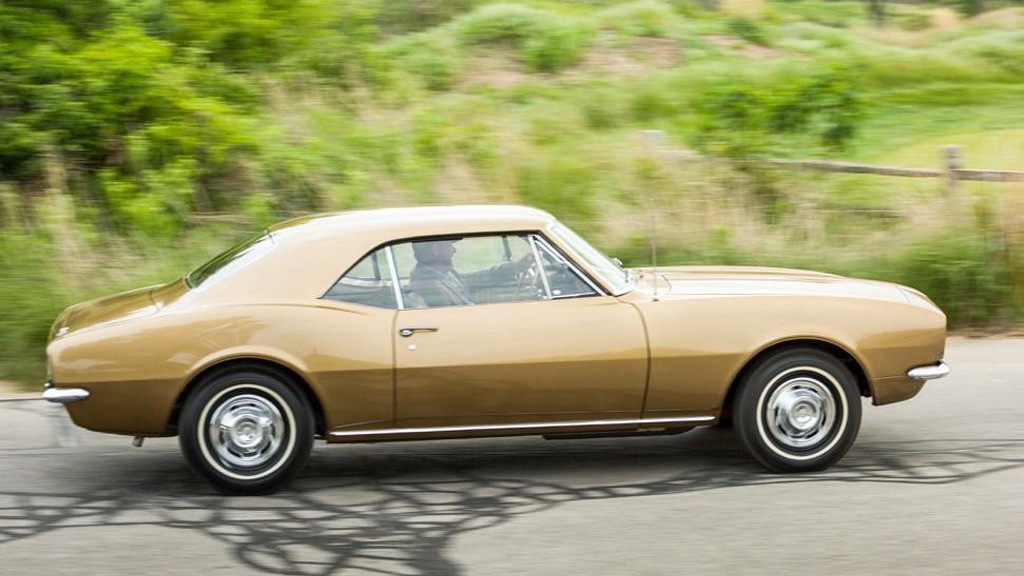 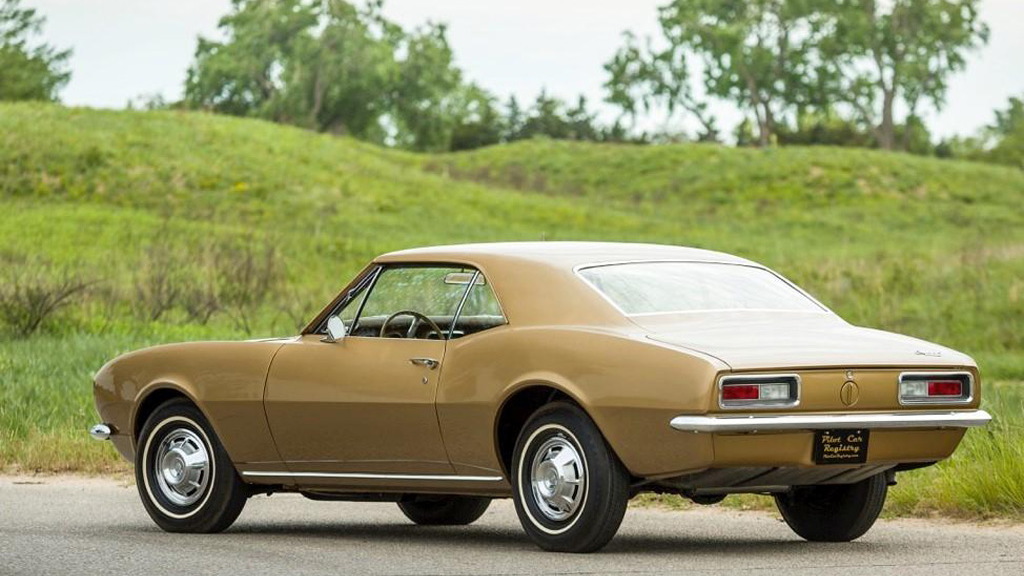 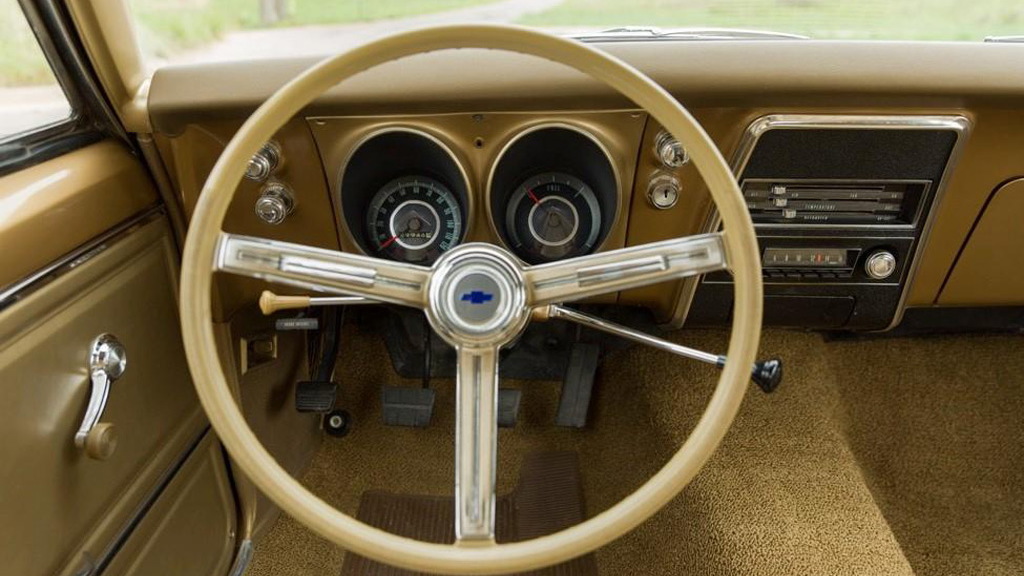 In the mid-1960s, Chevrolet had a problem, a Mustang-sized problem. Crosstown-rival Ford had sold more than 1 million of its new 2+2 personal luxury coupes, and the rear-engine Corvair wasn’t cutting it. In 1966, Chevy revealed its answer to the Mustang in the form of the 1967 Chevy Camaro.

The first Chevrolet Camaro took on the Mustang just as Ford upped the performance ante. The Camaro can’t lay claim as the first pony car, but its importance isn’t up for debate.

Like the Mustang, the Camaro arrived with coupe and convertible body styles and a slew of powertrains that ranged from inline-6s to beefy V-8s. The Camaro was born in the same way as the Mustang, too. Ford’s pony car came to life via the Falcon. Chevy borrowed the sub-frame from the Chevy II Nova—itself a late response to Ford’s Falcon—to underpin the Camaro.

For 1967, the top-of-the-line Camaro engine was a 396 cubic-inch big-block V-8 that made 375 horsepower, though four other small-block engines and one additional big-block were optional.

Car and Driver sampled one of the first production Camaros in SS trim with a 350 cubic-inch V-8 under the hood, enough to make 295 hp. The small-block V-8 shot Chevy’s Mustang rival to 60 mph in 7.8 seconds. Laughable today for such a big engine, that number was nothing to joke about in the late 1960s.

So, the Camaro was a rush job? A copycat? Just a name Chevy tried to convince buyers meant “comrade” or “pal” in French slang? Actually, it turned out to be much more.

While sales initially paled in comparison to the Mustang, the Camaro eventually carved out its own niche and found a slew of loyal fans and buyers in the decades to come. The Camaro did something the Mustang couldn’t do alone: It kicked off one of the automotive world’s greatest rivalries, the still-running debate over Ford versus Chevy.

Competition made both cars better, and it still does today. Without the ‘67 Camaro, the Mustang might not be the stallion it is now—and vice versa.