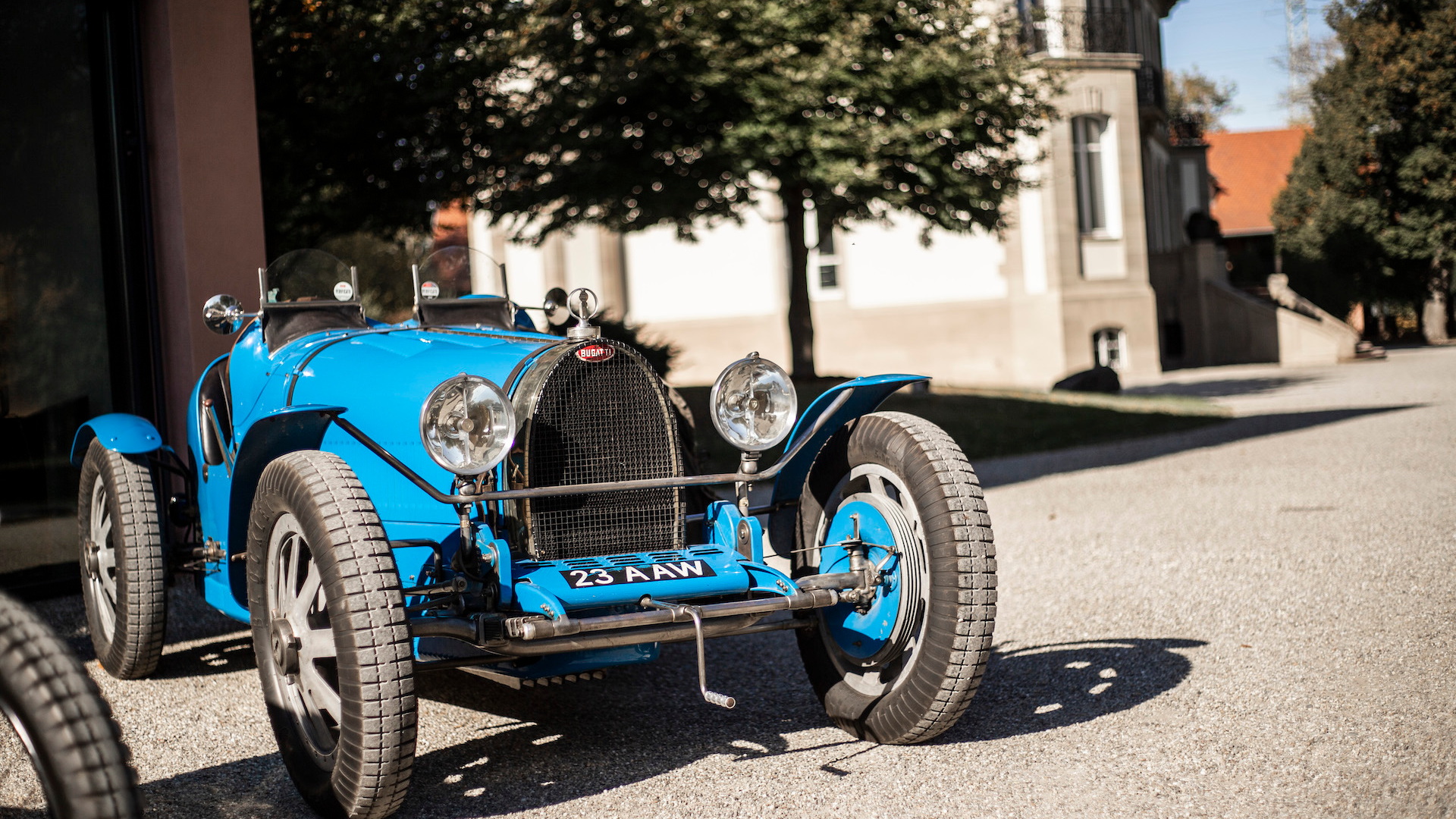 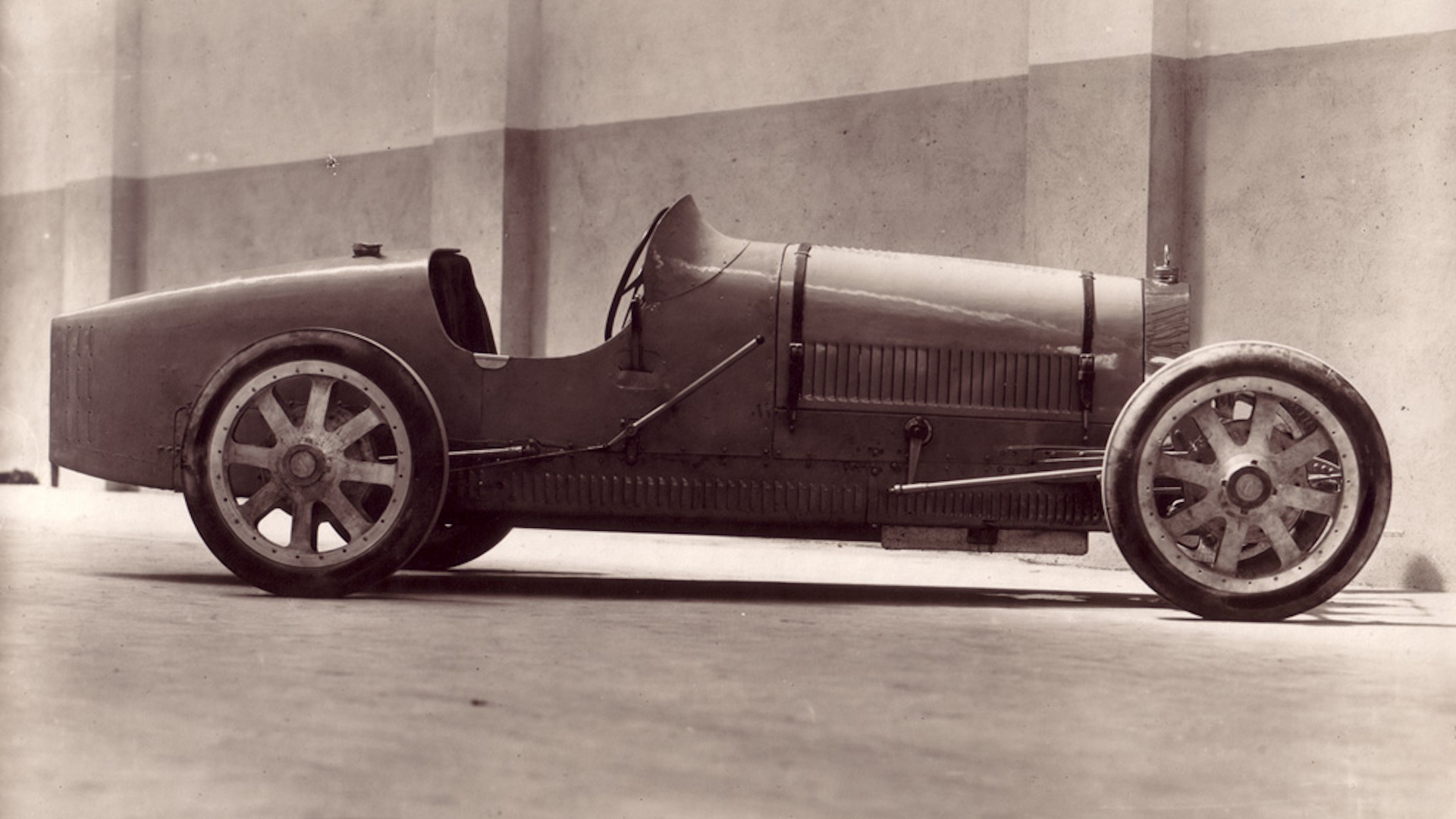 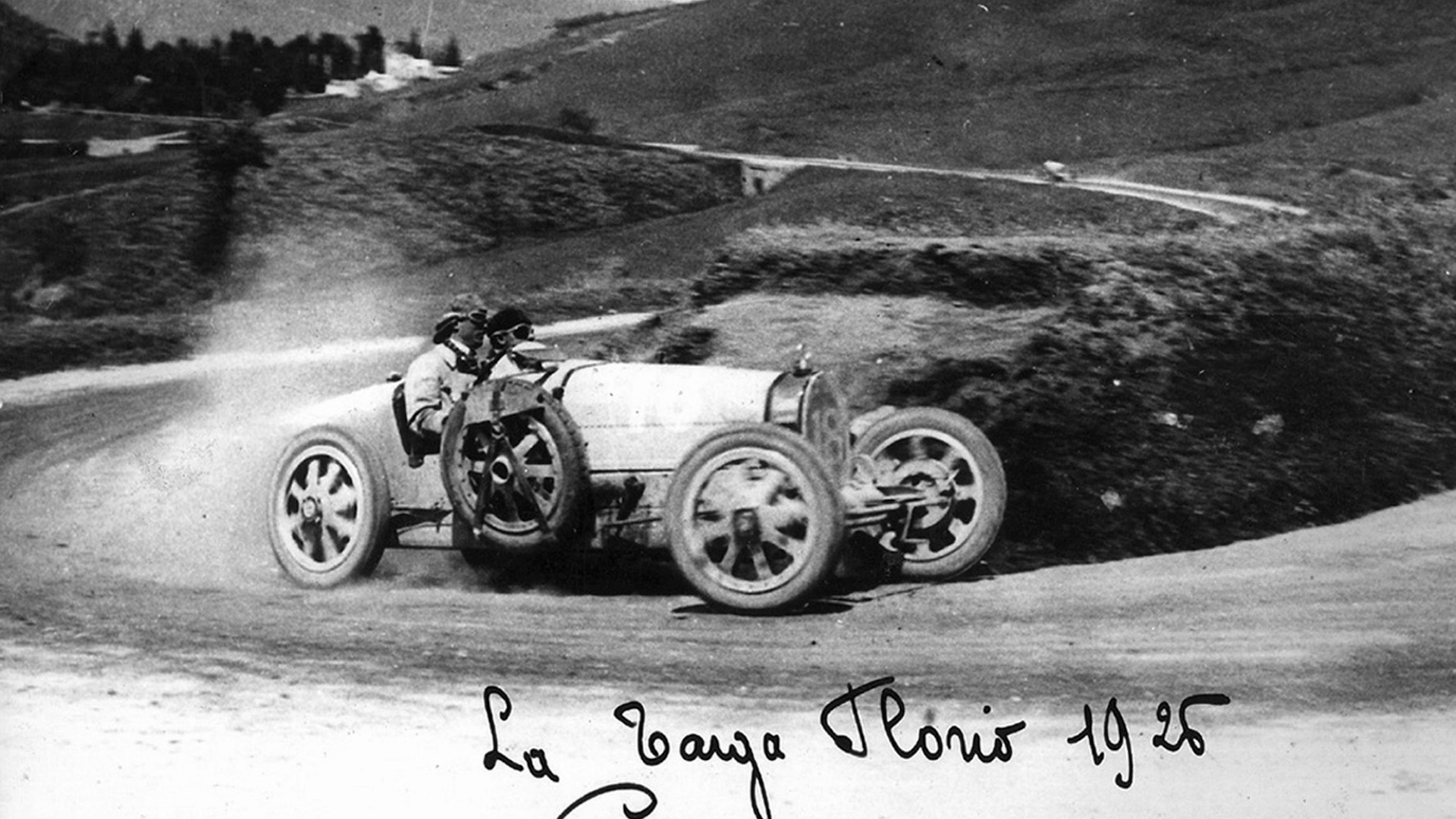 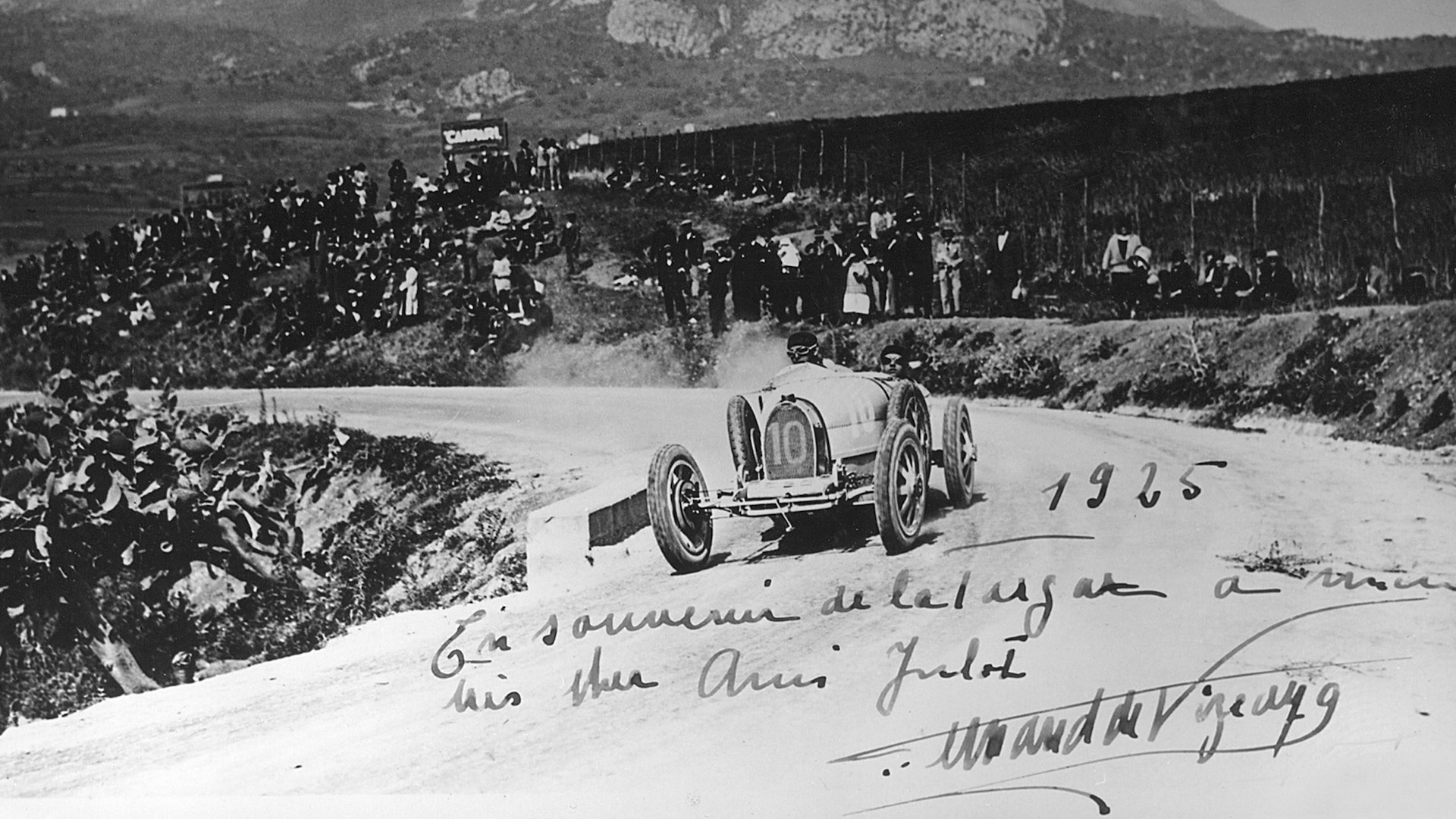 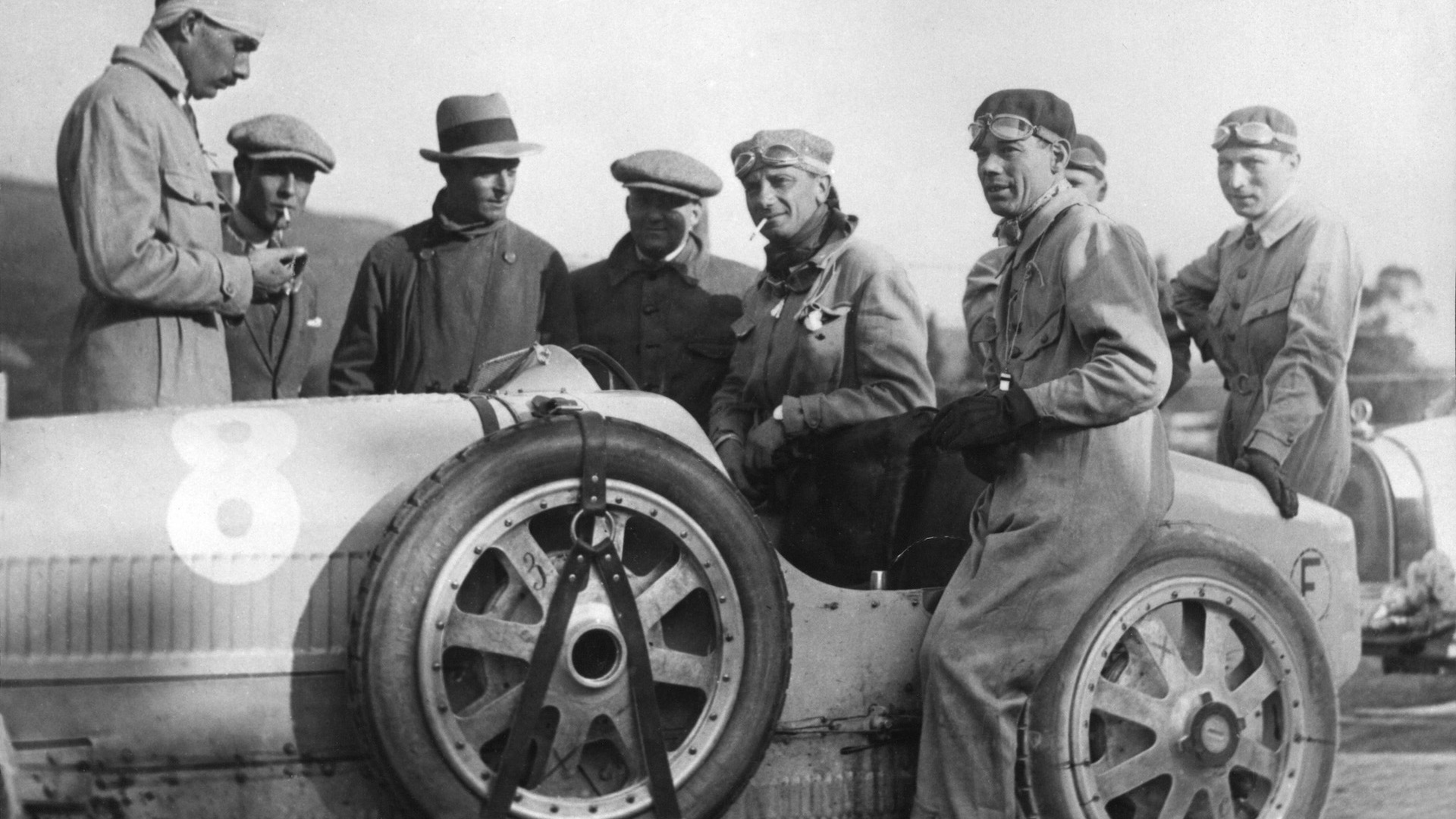 Ettore Bugatti was drawn to automobiles and mechanics at a young age. At 17, Ettore fit an engine in a tricycle, and at 19 years old in 1901, the native Italian displayed his Type 2 at an international fair in Milan.

Yet, it took more than 20 years after the debut of the Type 2 for the world to notice Bugatti.

Private teams had plenty of early racing successes in Bugattis in the early 20th century, but in 1924, Ettore unveiled the Type 35. Despite the reputation Bugatti earned at the start of the decade for building race-winning machines, the Type 35 only managed to place seventh at its first Grand Prix in Lyon, France, due to tires that weren’t vulcanized properly.

The long hood housed a 2.0-liter inline-8 that made 90 horsepower. After the Type 35's somewhat lackluster start, the company decided to follow rivals and incorporate a supercharger. Famously, Ettore did not care for forced induction of any kind, but the supercharger turned the Type 35 (called the Type 35C) into a powerhouse of a race car with around 135 hp.

ALSO SEE: The Bugatti Baby gets a reboot to celebrate brand's 110th birthday

The Type 35 quickly accumulated numerous Grand Prix wins, and the car similarly swept away the competition in the Targa Florio. The Type 35 won every Targa Florio between 1925 and 1929. Naturally, Bugatti had a name for the special Type 35 racing at the Targa Florio: the Type 35T, which boasted an even larger 2.3-liter inline-8 engine.

By the end of the decade, Bugatti and the Type 35 had won more than 1,850 races, including two 24 Hours of Le Mans and the first Monaco Grand Prix in the Type 35B.

While its performance on the track bolstered Bugatti’s image to a world-beating automobile maker, the Type 35 also ushered in hallmark design cues the brand still incorporates today. Notably, the Type 35 debuted an updated horseshoe radiator grille, a design that can still be found on each of the company’s models.

Bugatti’s fortunes would fade in the next decade. World War II loomed and the death of Ettore’s son, Jean, left the company in a poor situation. The Type 35 was but a reminder of the marque’s former glory. Ettore Bugatti himself died in 1947. The original Bugatti, which was so closely associated with victory in motorsports, folded in 1952.

Today, the spirit of the Type 35 lives on within the modern-day Bugatti. The company is still responsible for some of the most powerful and fastest cars on the planet. That sort of ethos can be traced all the way back to French Racing Blue Grand Prix car.