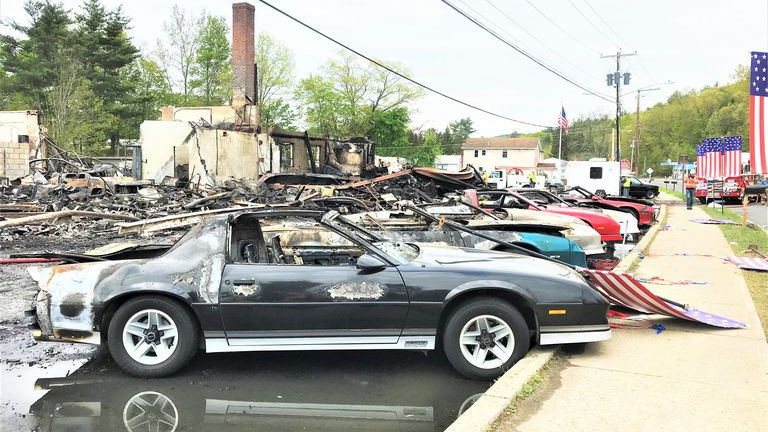 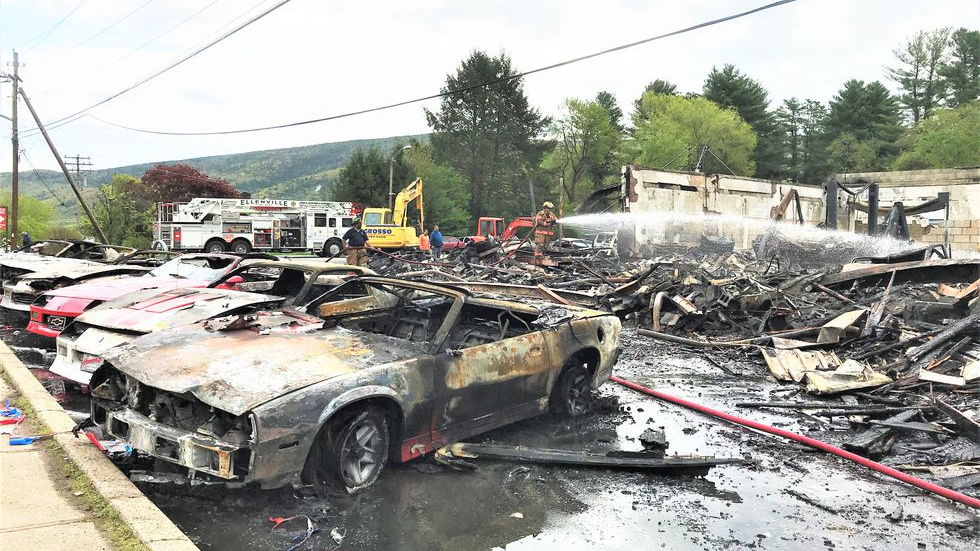 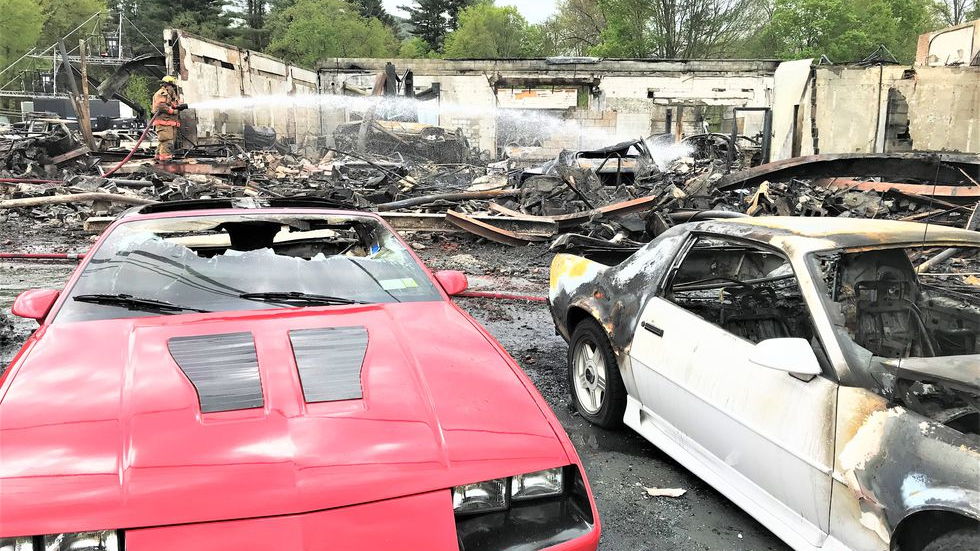 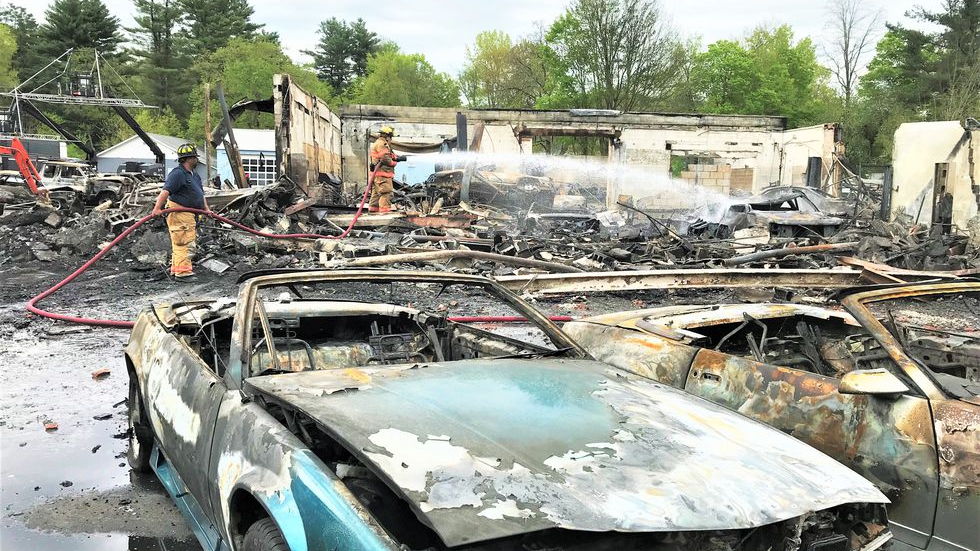 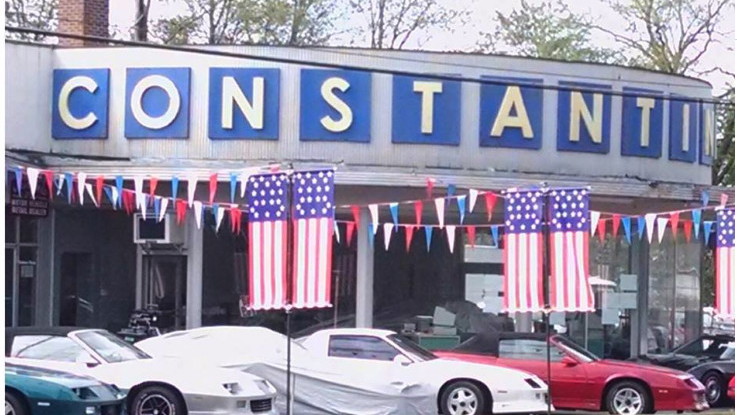 Disaster struck on the set of an HBO miniseries last Thursday morning when numerous classic Chevrolet models burned to the ground.

A fire broke out at a re-created Chevrolet dealership, which sourced numerous cars from real owners. Now, all but one owner will have an insurance check to take home instead of their pride and joy. Automobile reported on the fire, which happened in Ellenville, New York. So far, 12 vehicles are counted as total losses. They include several Corvettes and Camaros, a C1500 pickup, a 454 SS pickup, and a rare 1990 Chevrolet Beretta GT Indy edition.

A photo provided to Motor Authority by Jamie Kitman shows the 1990 Chevrolet Beretta GT Indy Edition on the set before the fire. Kitman told Motor Authority the Beretta was the most damaged by the fire.

READ THIS: More than 150 classic cars destroyed in fire at Illinois dealership

It's not yet clear what caused the fire, but it started around 12:45 a.m. The dealership, which was being used as a set for HBO's "I Know This Much Is True," had been decked out in a 1990s design, with the appropriate cars of the era in the showroom and on the lot. Part of the series takes place in 1990. Aside from the numerous treasured cars, the fire also engulfed film equipment, along with the dealership itself. The dealer was a fully operating part of the 613 Automotive Group. Nothing of the dealership is left standing.

On the positive side, no one was injured in the fire after fire departments battled the blaze. However, for so many vehicle owners, we can't imagine the feelings they're left with after the tragedy.