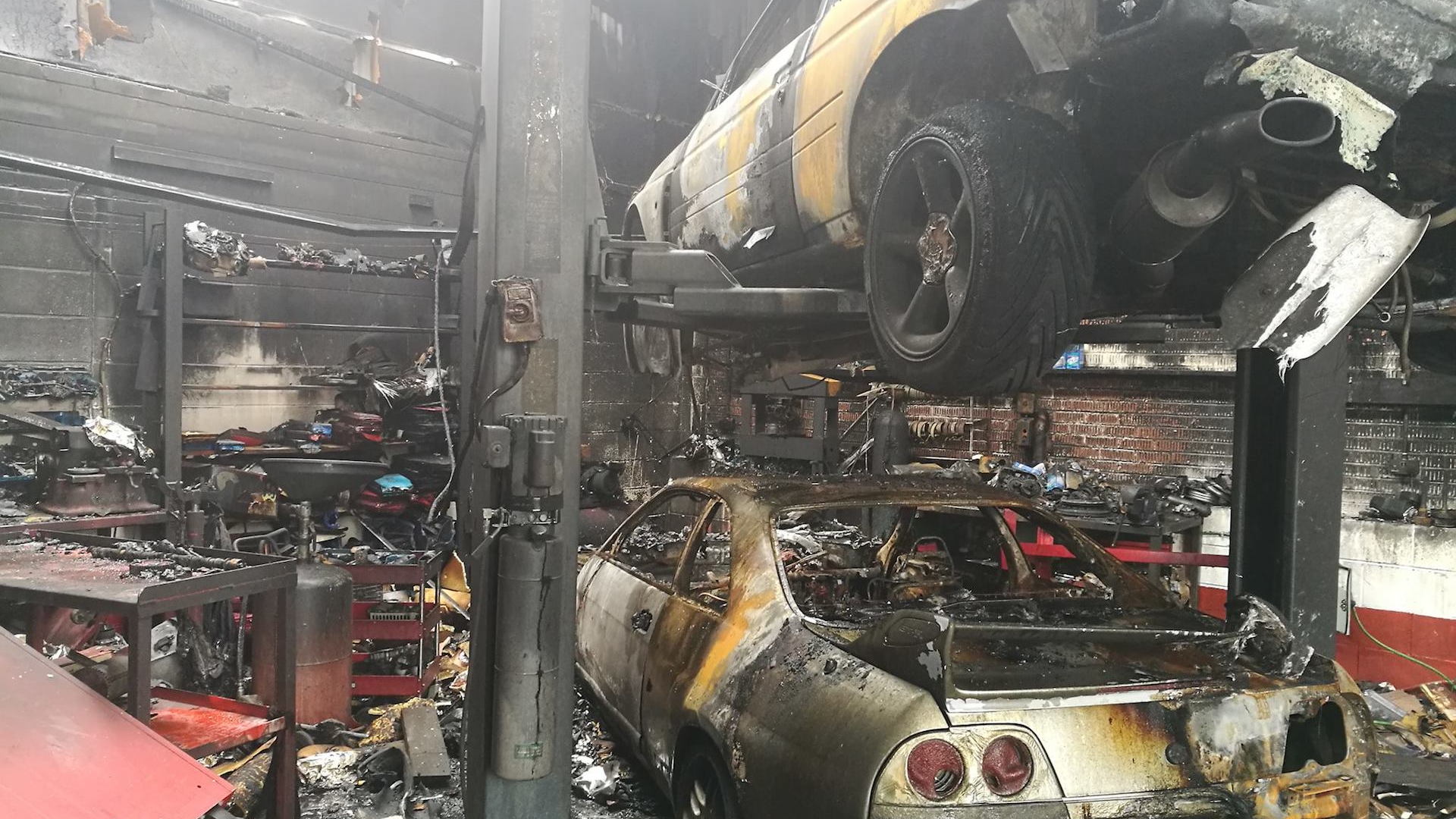 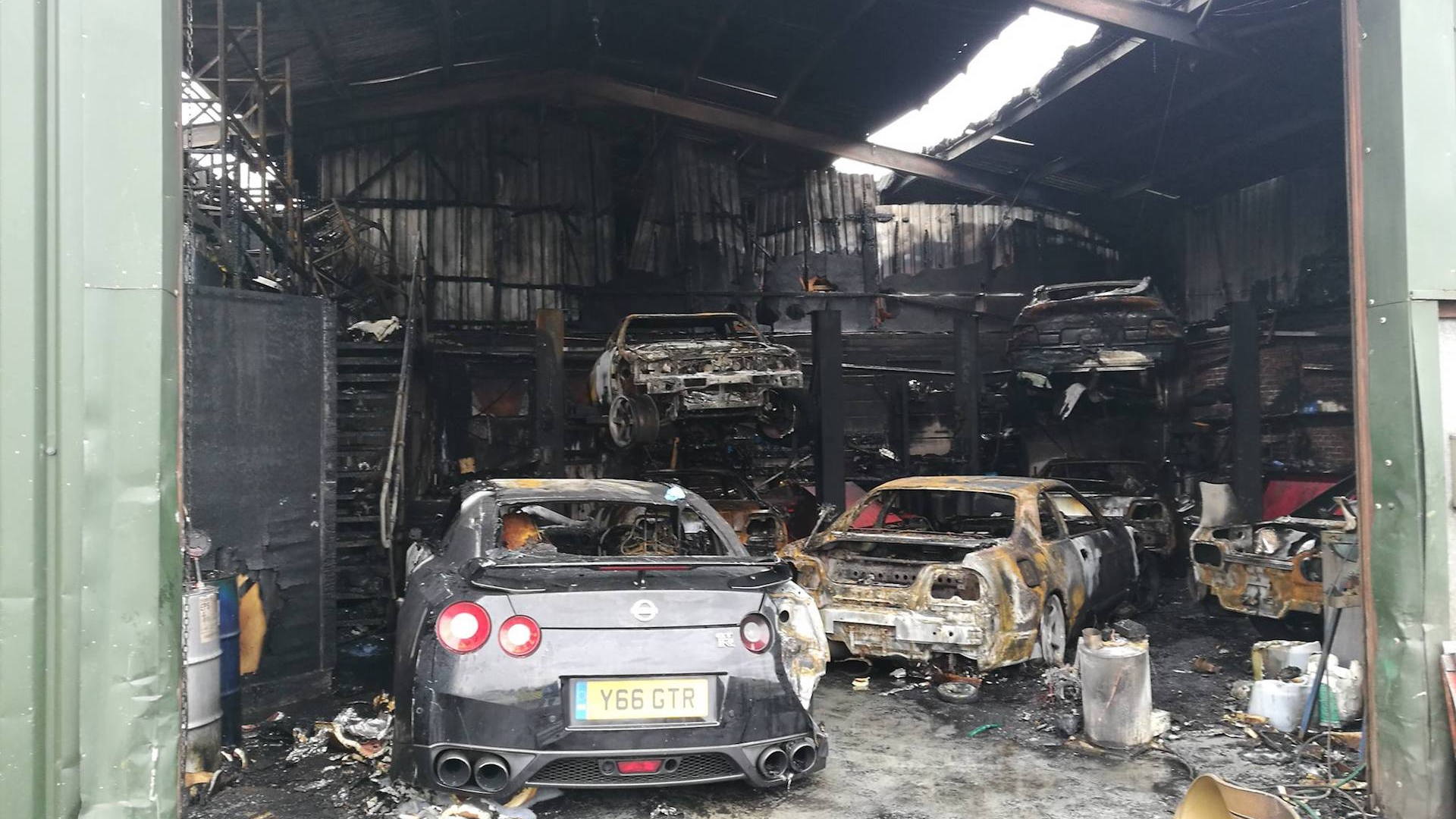 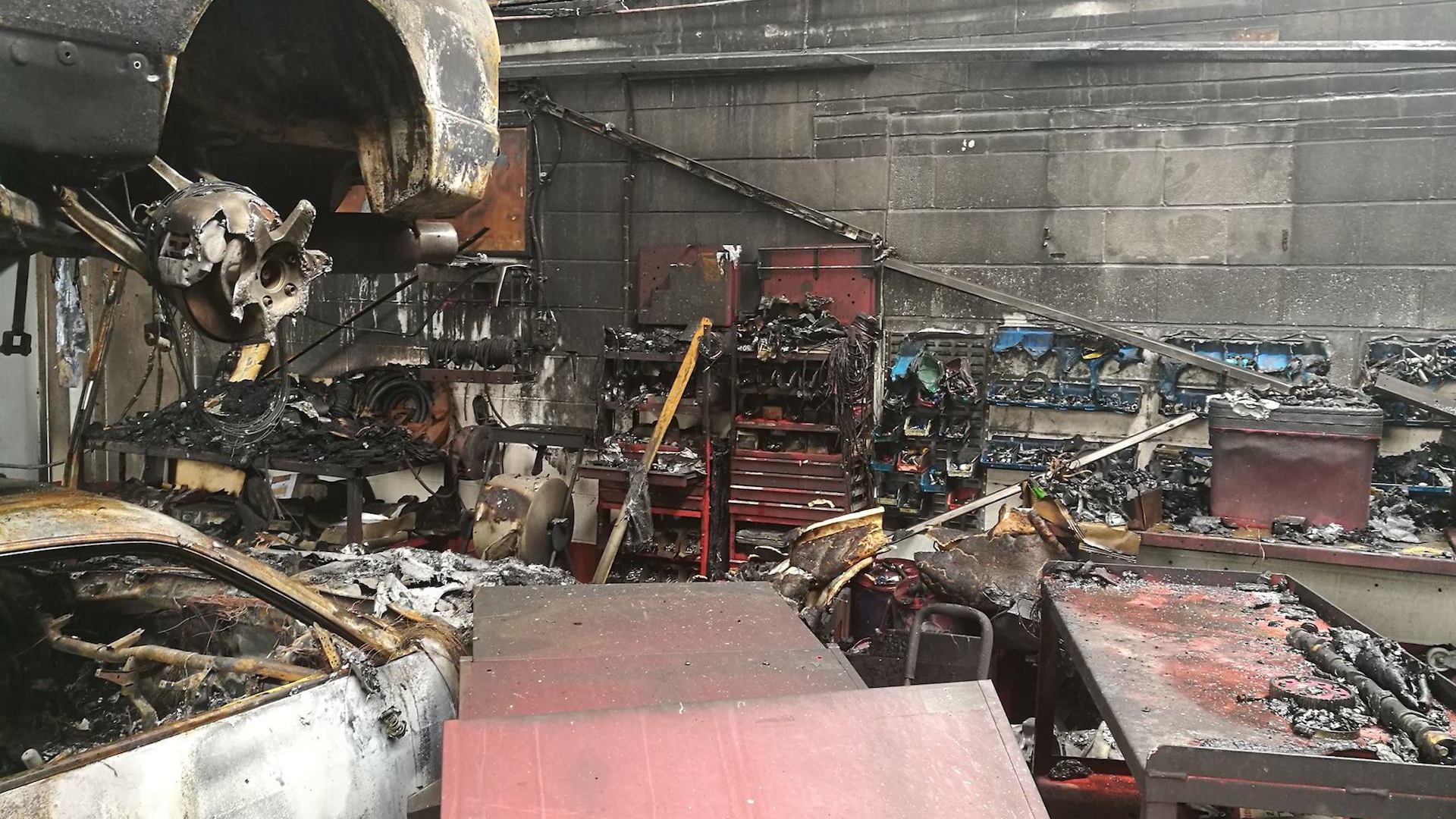 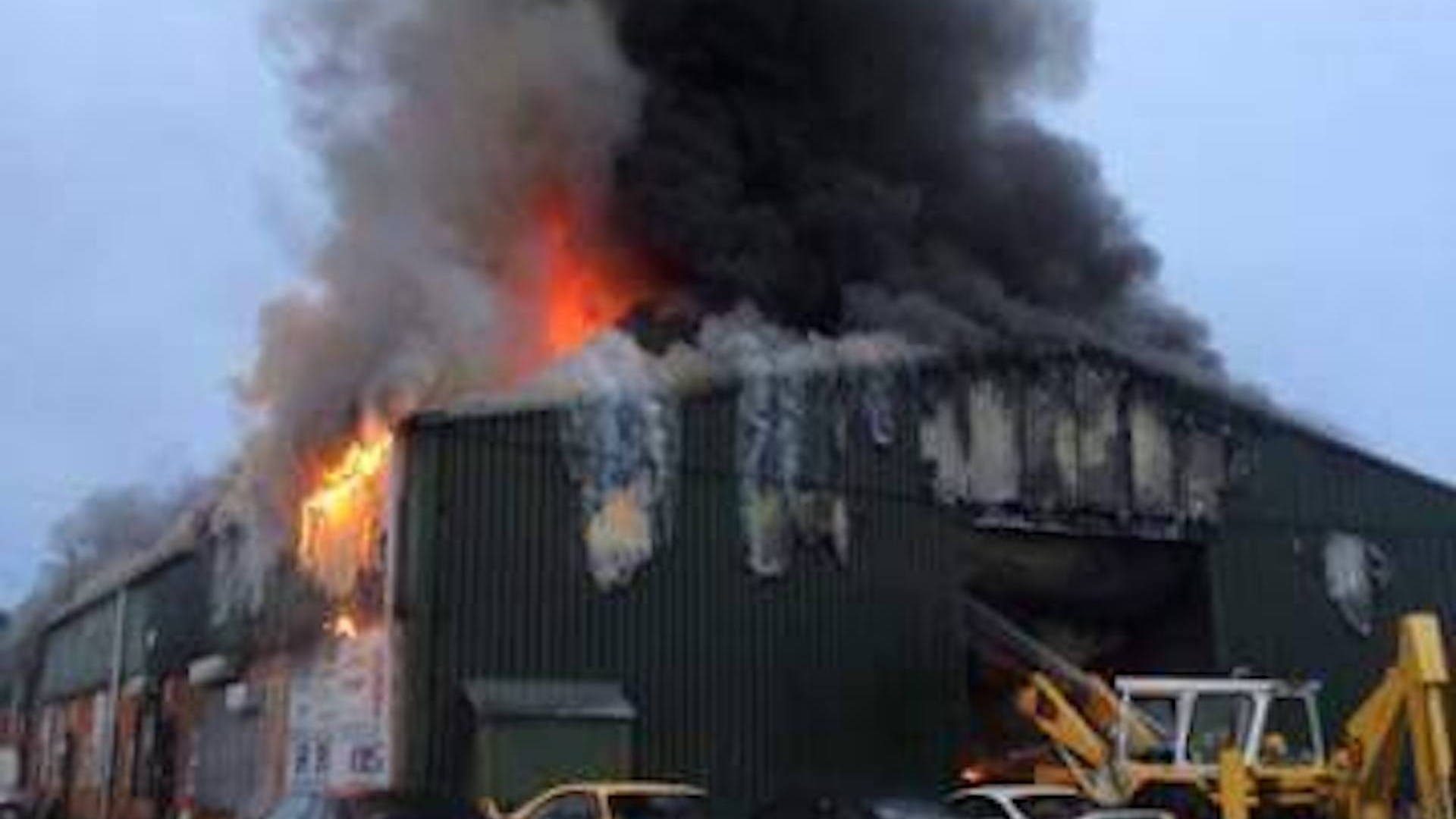 The cars, which included an R32 Skyline GT-R right up to the current R35 model, met their untimely death in a fire that engulfed RB Motorsport in Wigan, United Kingdom on Friday. And we hear that they were all customer cars.

RB Motorsport, which specializes in high-performance Japanese vehicles, announced a fire had destroyed “99 percent” of its shop, and these photos, taken from the company’s Facebook page, certainly corroborate that claim. Thankfully, no one was injured in the fire.

The photos show the shop's innards and tools all burnt and utterly destroyed in the aftermath. Among the GT-Rs, a Ford Escort Cosworth was also destroyed.

“We hope to be up and back to normal as soon as we can, but as it’s understandable, it’s going to be a long time before we’re up and running again," RB Motorsport said on its Facebook page. From the looks of it, the performance shop has plenty of support, judging by thousands of goodwill wishes left in the comment section.

It certainly hasn't been a good month for Nissan GT-Rs in general. A week ago we learned that an R33 Nissan Skyline GT-R was seized by U.S. Customs agents after the shop importing it undervalued it and failed to even declare it. Now, it will likely face the crusher after its attempted smuggling.