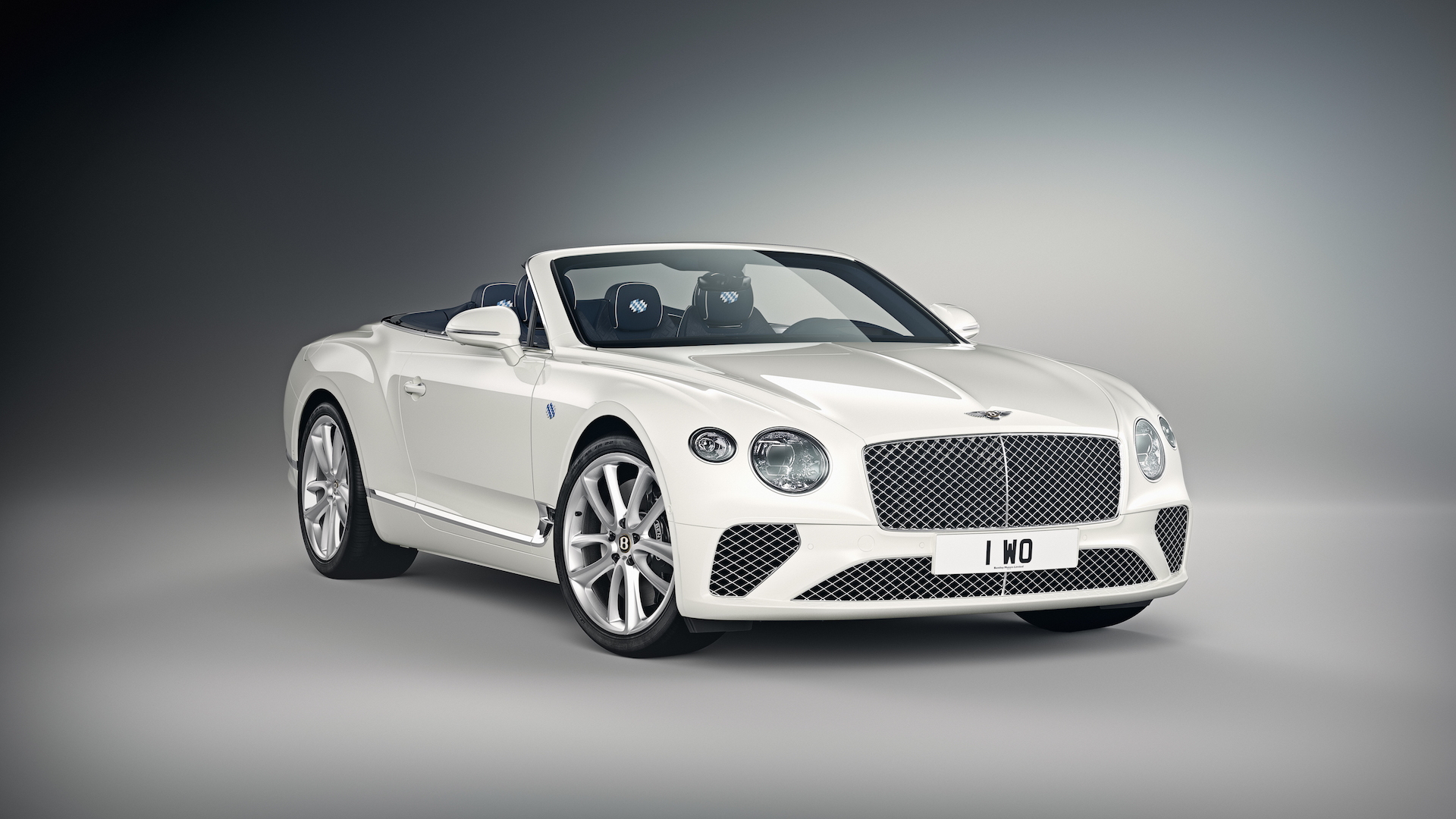 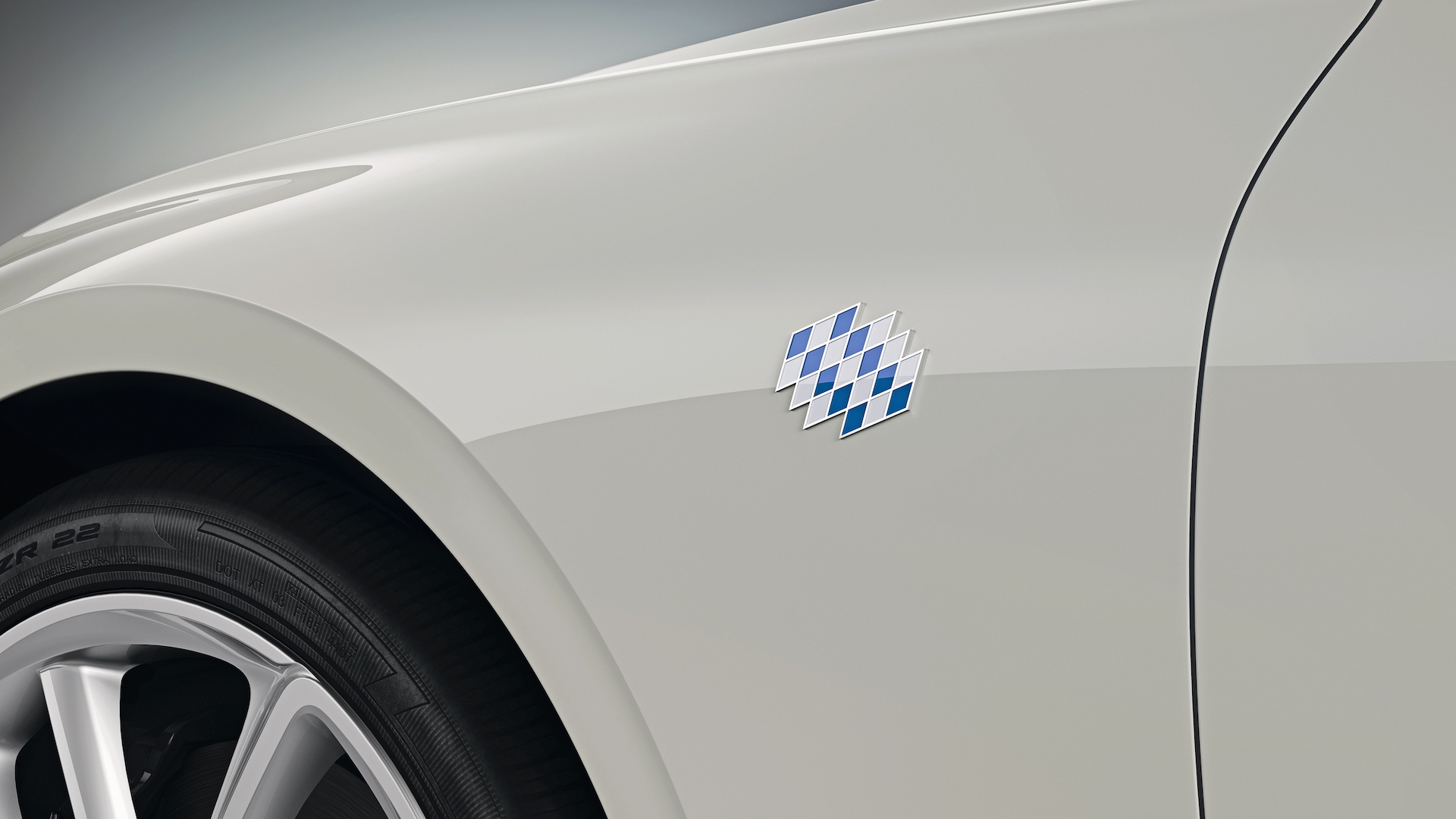 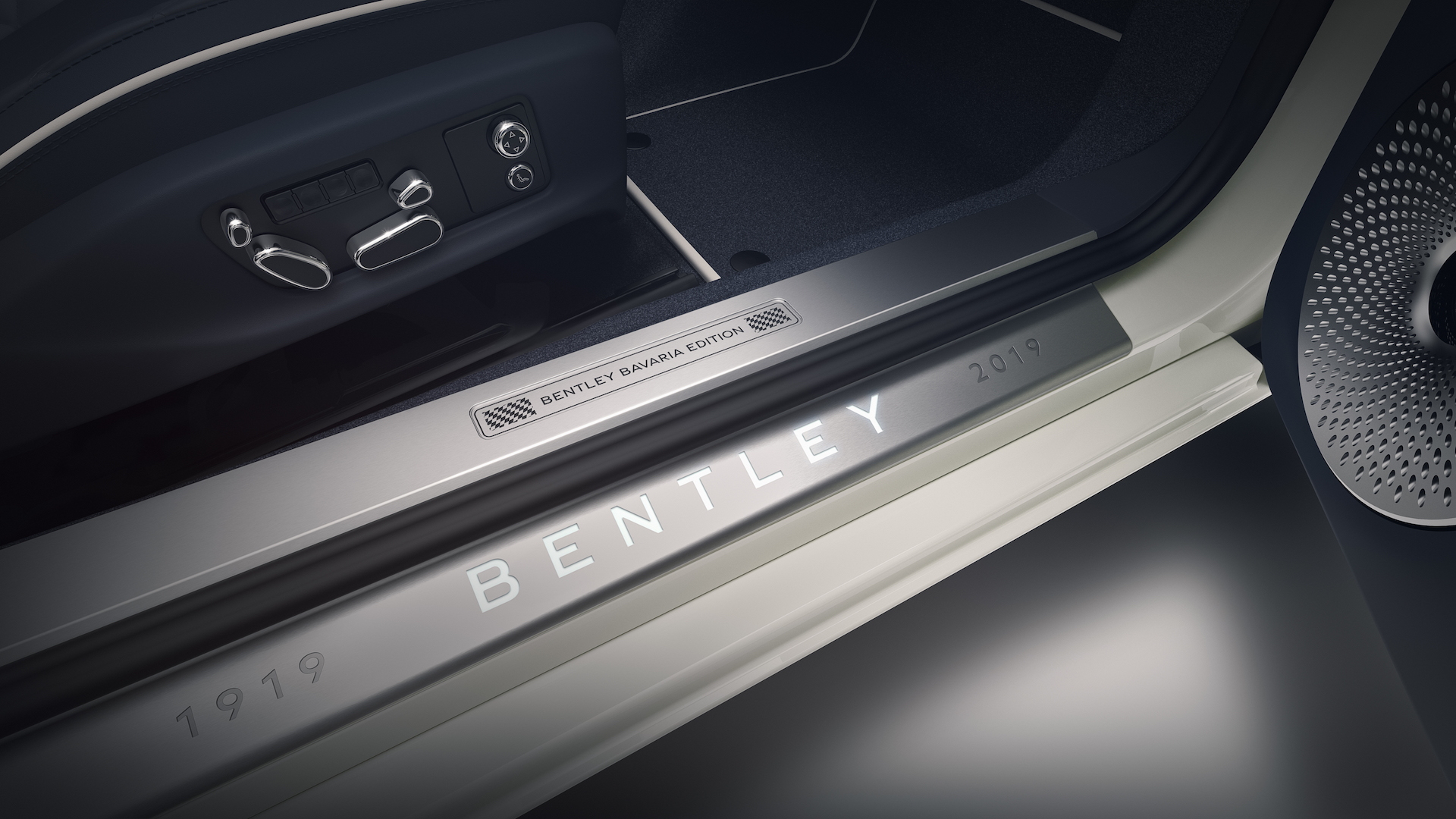 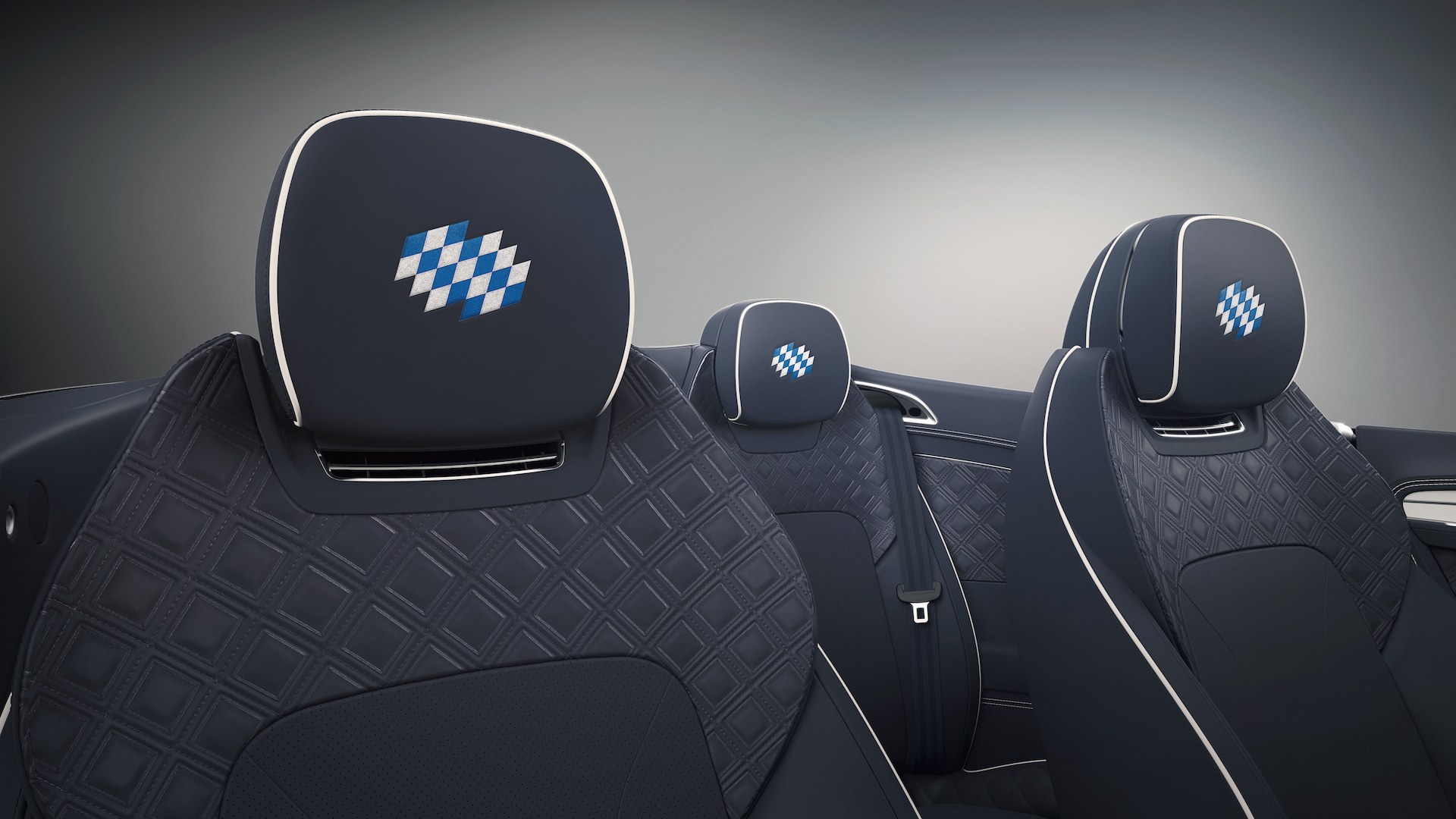 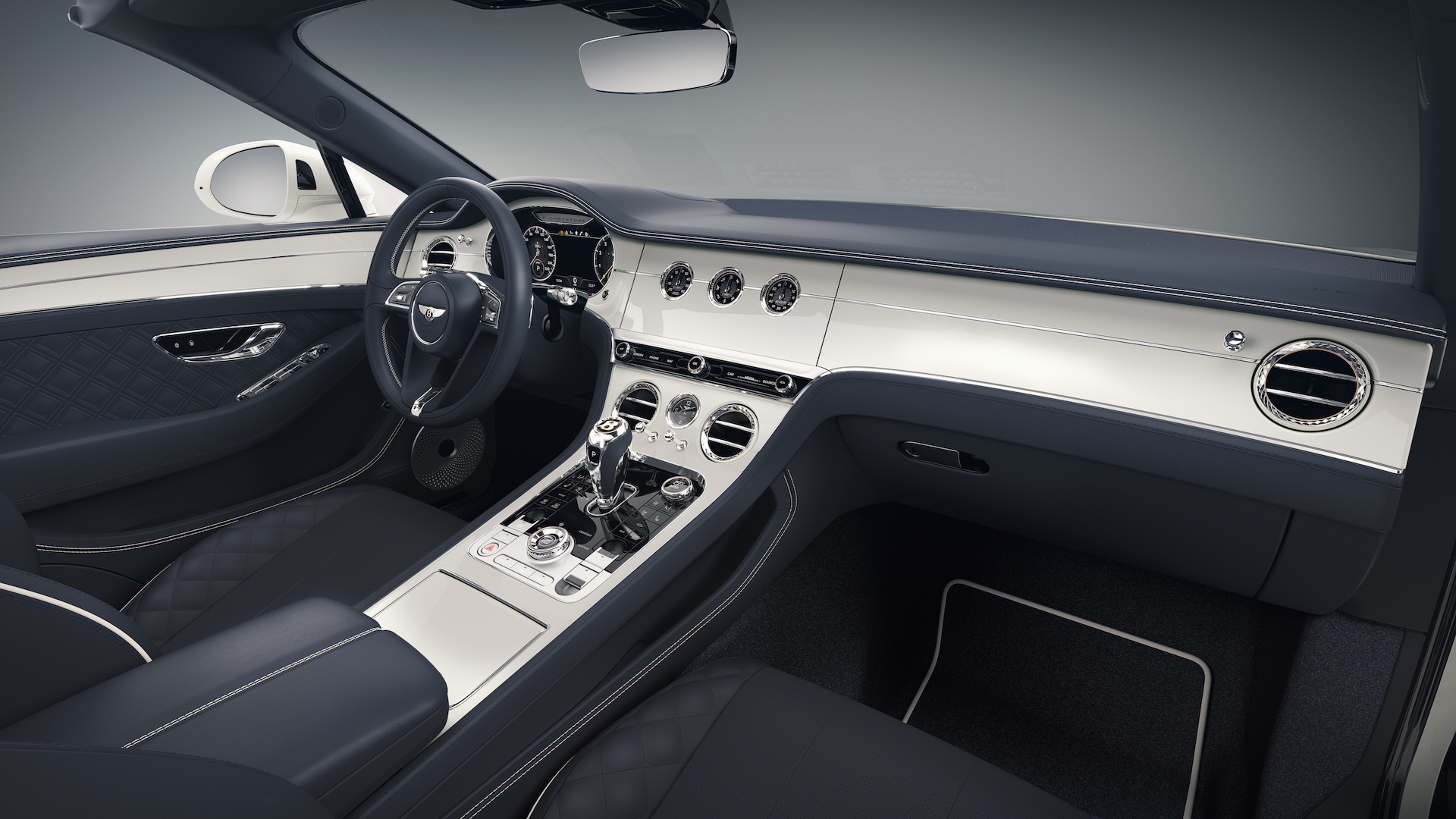 Mulliner, Bentley's in-house division devoted to only the finest things, issued its latest bespoke model and it's an ode to Bavaria. The Bentley Continental GT convertible by Mulliner takes its inspiration from the Bavarian state of Germany that's known for many wonderful things including Munich, the Bavarian Alps, Oktoberfest, and maybe an automaker or something—Bentley didn't bring up that part.

The car blue and white theme is taken from the Bavarian flag. The exterior receives a Glacier White hue, while the convertible top is finished in Imperial Blue. The outside also receives a Bavarian flag badge on the front quarter fenders with a custom white and light blue enamel filling. Finally, 22-inch Mulliner-spec wheels round out the British barge with a soft spot for Bavaria.

The interior includes similar touches found outside. The Bavarian flag pattern is embroidered into the seats' headrests with the same colors found on the exterior flag badges. A special treadplate also marks the Continental GT convertible as a special edition model. The coup de grace is a Mulliner Glacier White veneer that washes over the cabin. An Imperial Blue hide provides contrast and mirrors the car's convertible top when closed, too. A linen color was also brought into the cockpit for the stitching and contrast piping.

There isn't word on any powertrain upgrades, so it's safe to say the special edition still features the 6.0-liter twin-turbo W-12 engine that makes 626 horsepower and 664 pound-feet.

However, this is a very special car for another reason: Bentley plans to build one. It's unclear if the brand already has a buyer or if it will seek one, but expect a high price tag for a Bentley Continental GT convertible awash in Bavaria.