Blind spots remain a headache in nearly every new vehicle, but for those who tow, the problem becomes magnified. Enter the French company Valeo, which introduced a new camera-based system at the 2019 Consumer Electronics Show this week.

The trick system, called the XtraVue Trailer system, mounts several cameras on both the vehicle and trailer, at the rear of both. Each camera feed is then combined into a single image to show the driver a view behind the trailer. This is some James Bond, Q-division stuff.

At the show, Valeo had the system running on an external monitor in a demo vehicle, but the system will reportedly show on an extra screen that will be added to the dashboard, according to Motor1. The company hasn't mentioned if it will integrate its technology with automakers' infotainment screens, but that would be the best solution. 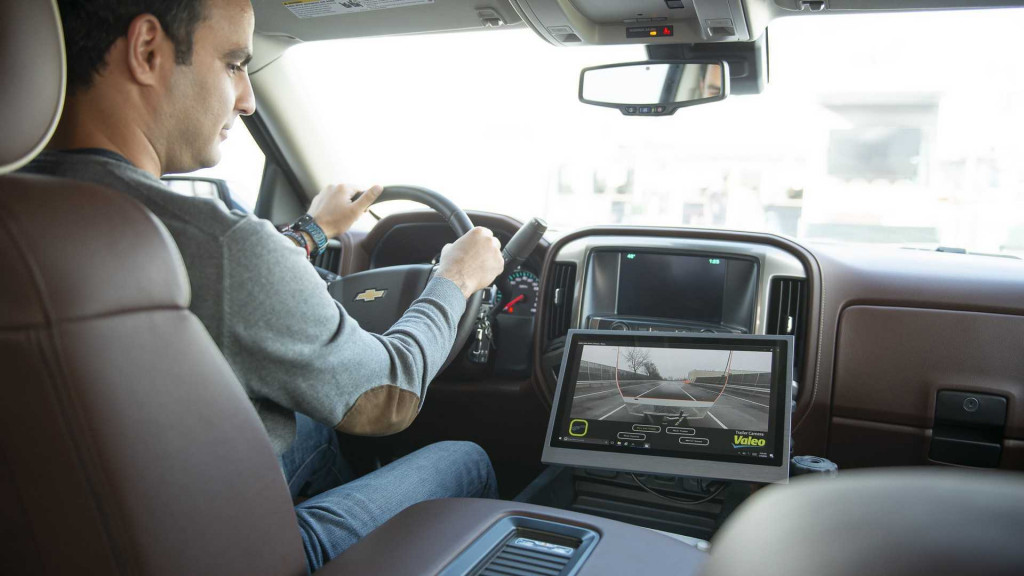 The technology helps make lane changes and other maneuvers much easier on drivers as they can quickly see what's going on behind them. It will also ease the tension of backing up a trailer with a full view of the world behind it.

Valeo isn't the first to come up with such a system. Back in 2015, Land Rover showed a prototype system that worked similarly. Camera feeds combined to create one single image that essentially filled the trailer with the view behind it. Land Rover's solution was geared toward horse transport and came with a smartphone app to monitor the animals during the journey, too.

It's likely a matter of time before such technology makes its way to production, especially as SUVs and pickup trucks replace sedans as family vehicles. There's no word on a timeline for Valeo technology to reach production, however.

For more from the 2019 CES, head to our dedicated hub.