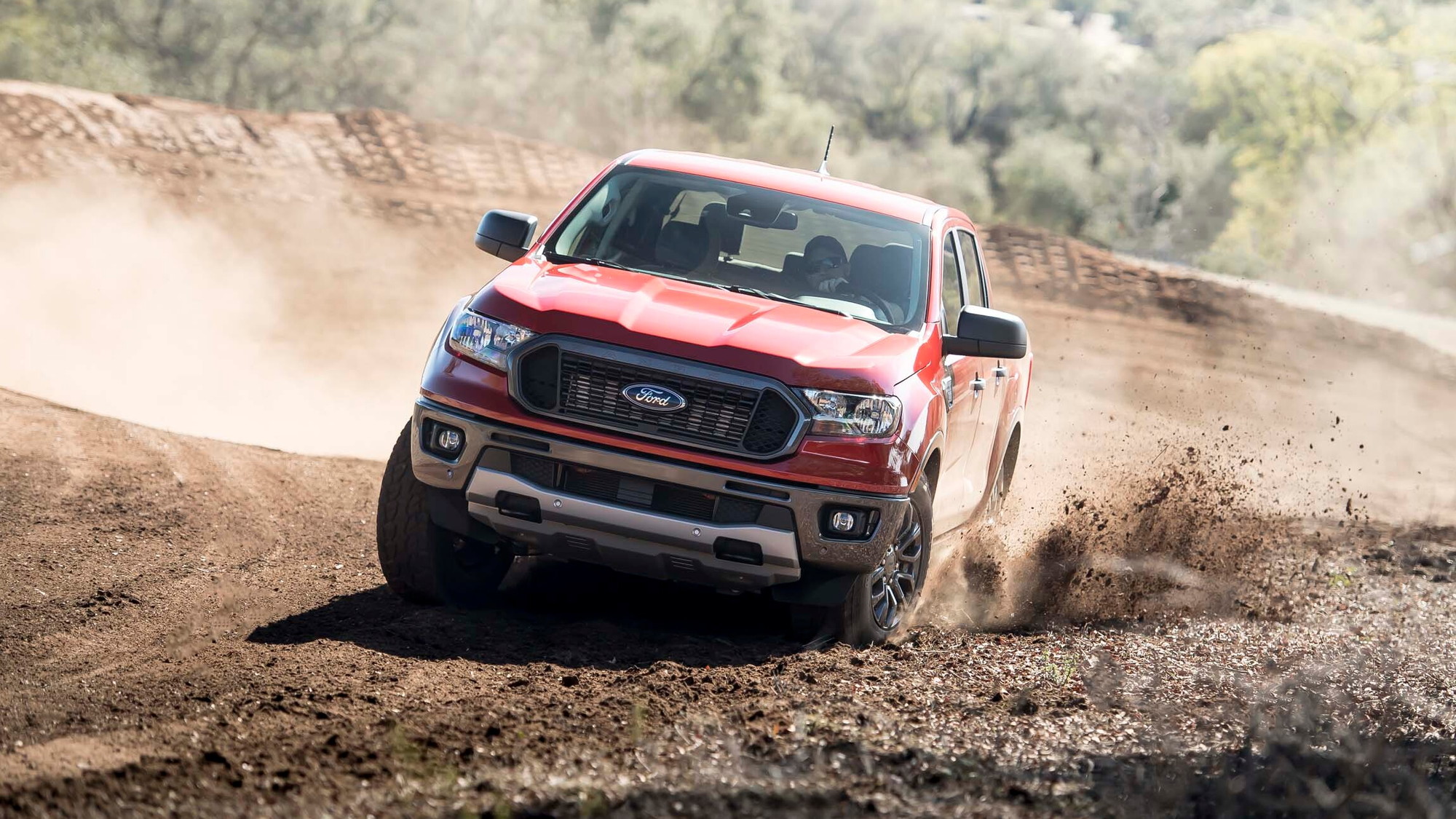 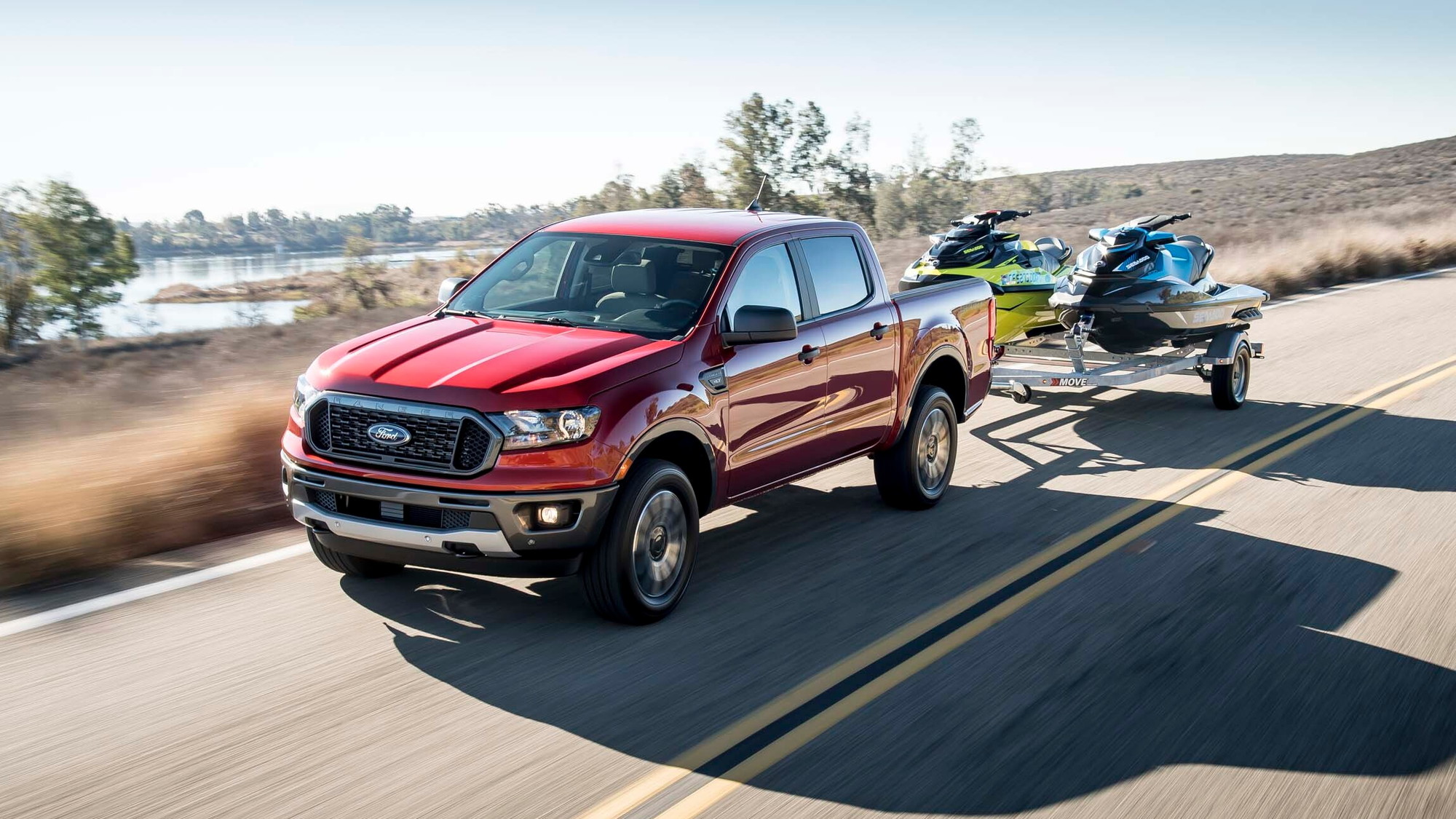 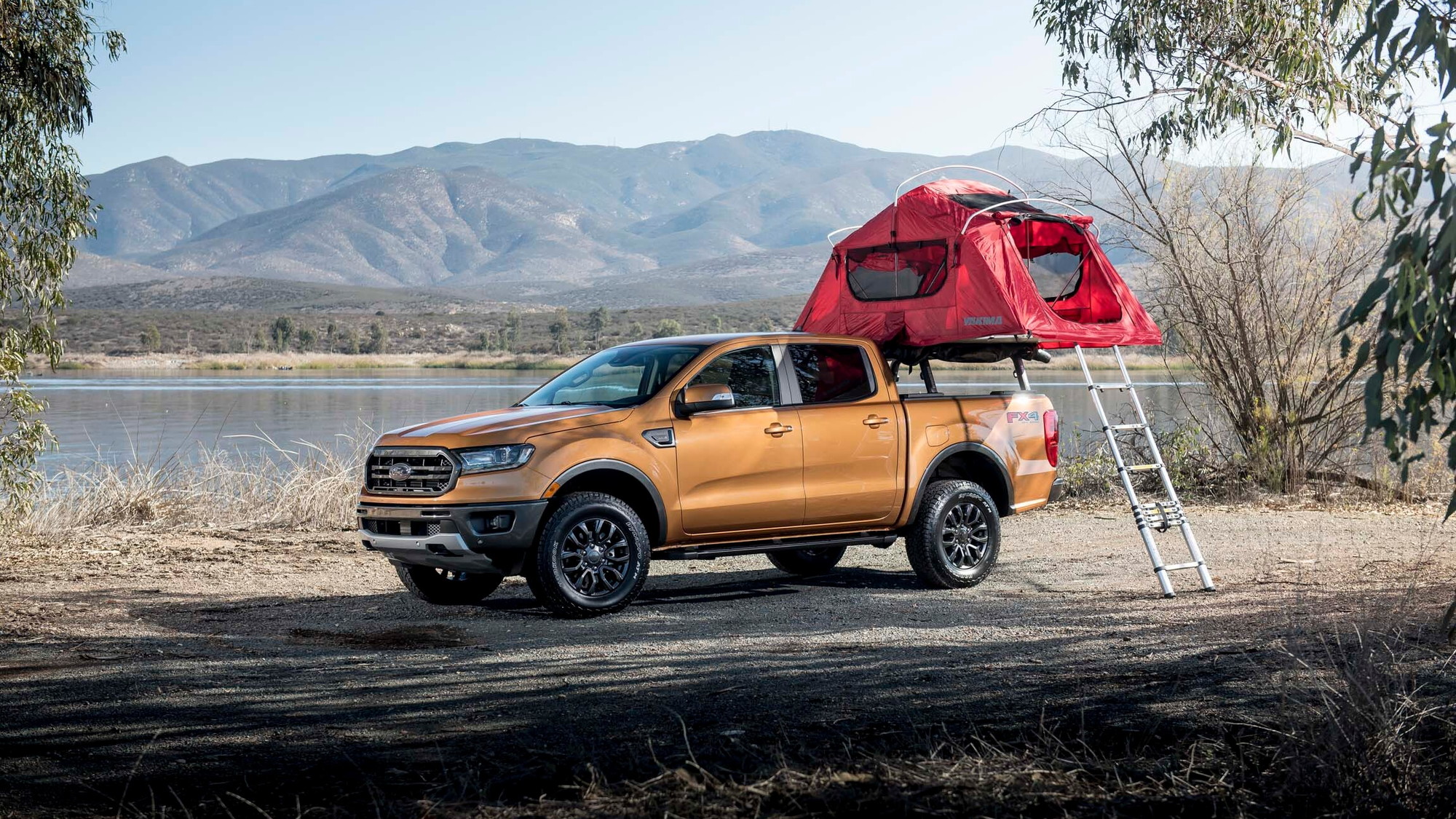 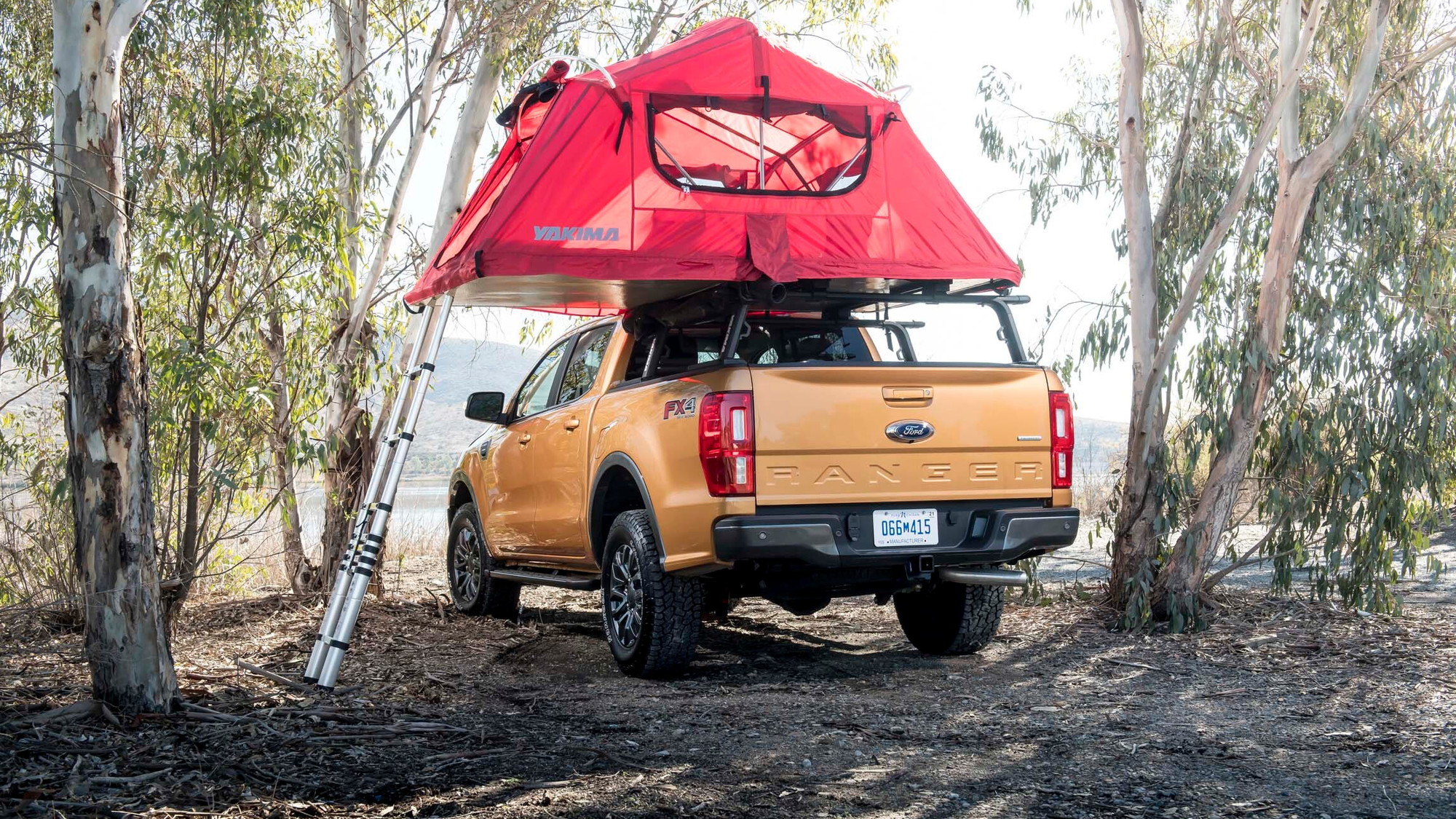 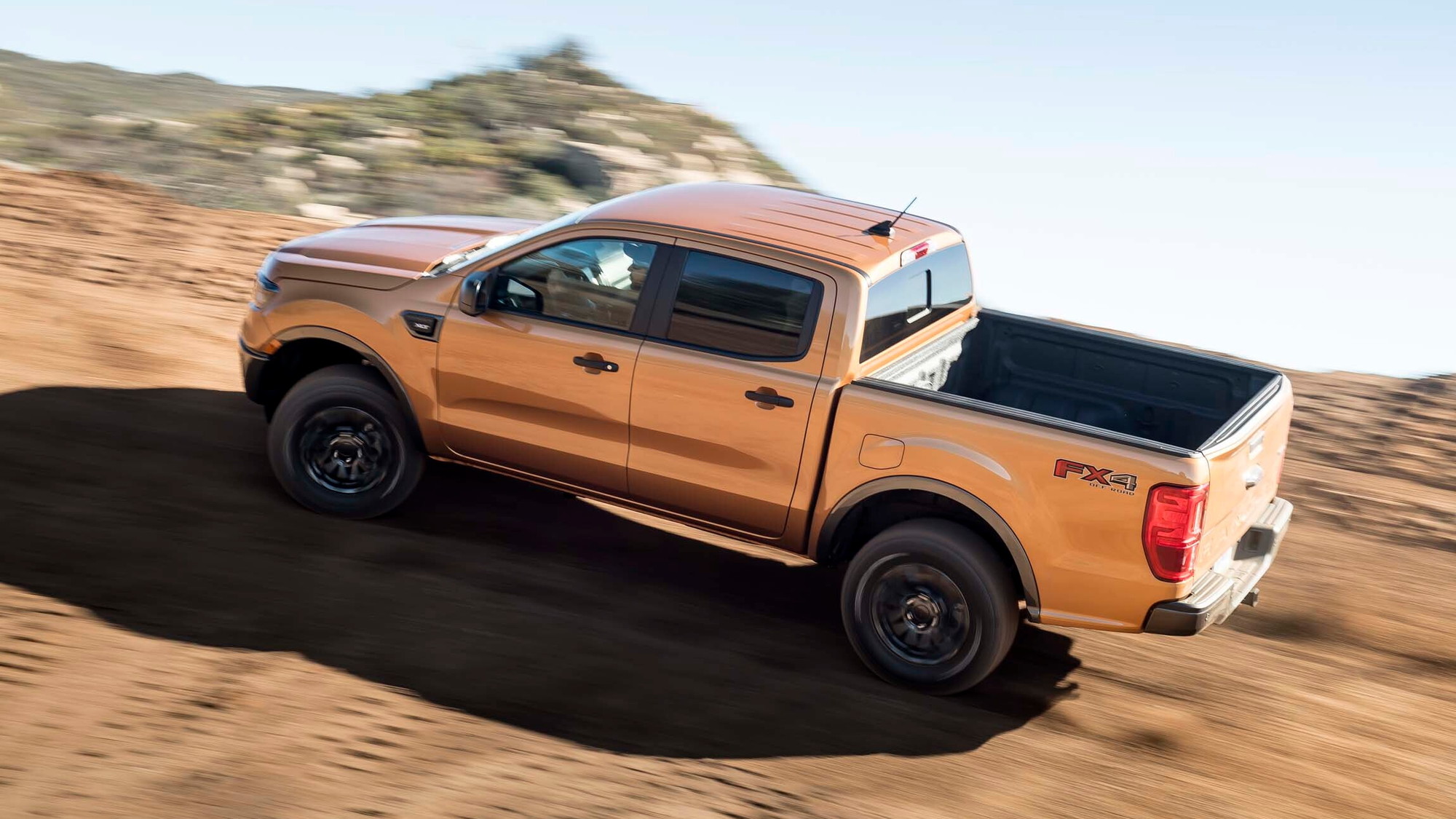 The bar for mid-size pickup truck excellence is not high. It takes only a few minutes behind the wheel of the 2019 Ford Ranger to realize that, for the way most drivers use their trucks, it’s the best choice.

Its 2.3-liter turbo-4 spools up its 270 horsepower and 310 pound-feet of torque with more vigor than V-6s in its rivals. Its 10-speed automatic transmission defies the odds to feel less confused despite more gears than the 8-speed automatics in the Chevy Colorado and GMC Canyon. Crisp, accurate steering and the gentle reminder of active safety tech not available in most competitors cements the Ranger’s credentials.

The Ranger’s engine may be the smallest among competitive mid-size pickup trucks, but a properly outfitted model can tow up to 7,500 pounds or lug nearly 1,900 pounds in its bed. That’s 500 and nearly 300 pounds more than its best rivals. The 2019 Ranger makes a viable work truck for drivers who can be coaxed out of a costly full-size truck. It's also the least thirsty, at least when its power is factored in. Ford estimates 21 mpg city, 26 highway, 23 combined for rear-drive models and 1 mpg lower with four-wheel drive.

With or without a load strapped into its bed, the Ranger accelerates briskly. Ford pumps some engine noise into the cabin, which gives it an artificial thrum accompanied by an unusual amount of turbo whoosh. High-spec Rangers have more sound insulation than the base models, but none are especially hushed.

Hustled down a mountain road east of San Diego, the Ranger Lariat I drove also proved surprisingly adept at corner carving. That tenacity may be a byproduct of its global upbringing. While Ford canned the compact Ranger nearly a decade ago in the U.S., the automaker kept the name around for a larger pickup developed primarily in Australia.

The Ranger is nonetheless a good fit for American roads, especially in its crew-cab configuration that adds a foot of rear-seat room and subtracts a foot of bed length. Its interior is on the narrow side, but supportive front seats with height adjustment make it a comfortable truck for an entire day of driving. The rear seat is sized about like a compact car such as the Focus Ford dropped to, well, focus on more popular and profitable pickup trucks and SUVs. Most Ranger crew cabs have a flop-down rear-seat armrest with small cupholders, too.

Generally, the Ranger feels well-finished inside with solid, serviceable materials. The leather upholstery on Ranger Lariats is dressier, but hardly luxurious. Small-items storage is limited to door pockets and an armrest bin, though.

Underneath, the Ranger rides on a conventional ladder frame with an independent front suspension and a solid rear axle suspended by leaf springs. Unladen, its bed bounces around in typical pickup fashion, but in general it absorbs bumps as well as some crossover SUVs. Overall, the Ranger has a refined feel with its quick reflexes and a Lincoln-grade turbo-4 idling gently underhood.

Ford says the Ranger Raptor sold elsewhere isn’t headed here anytime soon, but a standard four-wheel-drive model is plenty capable off-road. The part-time four-wheel-drive system operates at the twist of a dial. A $420 electronic locking rear differential is one of few standalone options, or buyers can spend $1,300 on the FX4 package that adds specially tuned shocks, skid plates, off-road traction control modes, and an off-road cruise control system that lets the pickup lope along at speeds up to 20 mph.

Bringing the Ranger back to the U.S. wasn’t as simple as moving the steering wheel and rewriting its owner’s manual in American English, but it didn’t require a full redesign either. The American Ranger is built in Michigan and doesn’t offer the turbodiesel engines and manual transmissions sold elsewhere. There’s no bargain basement version for the U.S., but the $25,500 Ranger XL with rear-wheel drive and the extended-cab body and 6-foot bed isn’t exactly lavish with its rubber floors, basic radio, and keyed door locks. Standard automatic emergency braking and a built-in wi-fi hotspot are unexpected niceties, but Ranger buyers will pay for the privilege of driving the best truck unless they shop wisely.

Many buyers will build on the Ranger XL and XLT by spending a staggering $4,200 more for four-wheel drive and Ford figures that most will drop an additional $2,200 for the four-door crew-cab body with a 5-foot bed rather than the smaller extended cab.

It’s a shame that Ford forces buyers to pony up for a $1,000 option package on the XLT trim for its terrific 8.0-inch touchscreen for infotainment, which includes Apple CarPlay and Android Auto compatibility and a built-in Waze app. The  4.2-inch display for the AM/FM radio standard on XL and XLTs is outdated.

The 2019 Ranger makes a solid case for itself as a compelling, rational alternative to the comparatively gargantuan F-150. With the Jeep Gladiator on the way, however, the Ranger has its work cut out to keep the top perch among mid-size pickup trucks to itself.