Audi will showcase another vehicle in its long-running ties with Marvel films when "Avengers 4: Endgame" debuts next spring. None other than the e-tron GT electric sedan will star alongside the Avengers and Robert Downey Jr.'s Tony Stark, aka, Iron Man.

Ahead of the film's premiere, Downey Jr. met with Audi design chief Marc Lichte to discuss the electric sedan's styling and what he wanted to see from the car as it came to life. He says the design team always wants a few core things: large wheels, a wide wheelbase, and a low cabin. The three help strike ideal proportions, which we'd say the e-tron GT concept houses and pulls off quite well.

Downey Jr. also asks how he and the design team know they've nailed something and when a design perhaps strays off into left field. Lichte notes his days designing furniture and compares one overarching ideal to automobiles: when function and aesthetic are in harmony, the product is right and he believes the balance creates a timeless design. 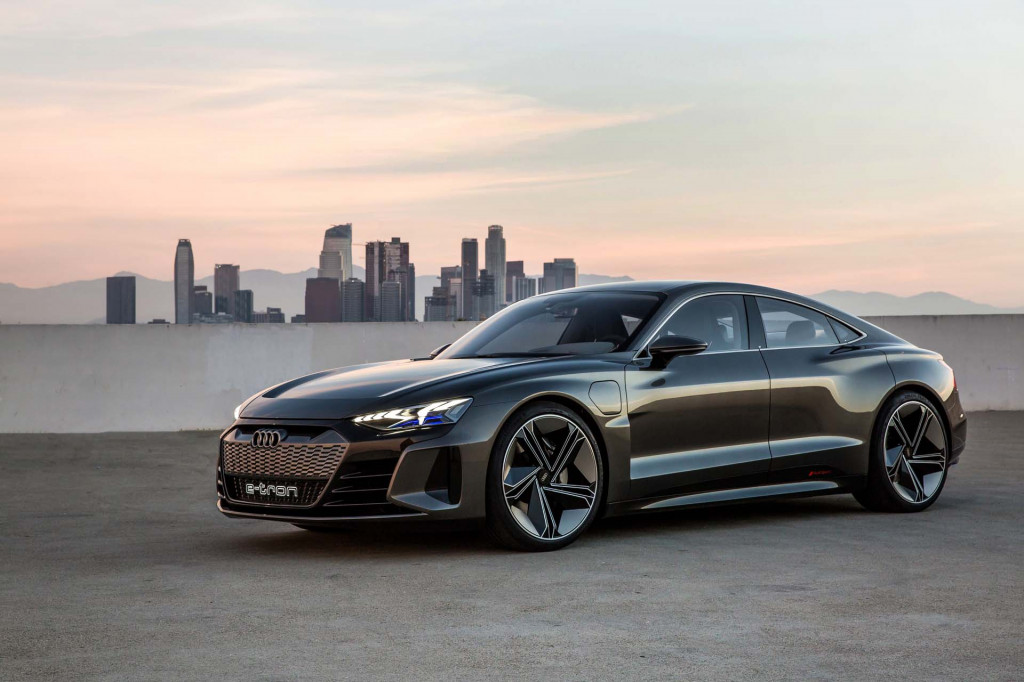 The celebrity was on-hand to help reveal the e-tron GT concept ahead of the 2018 LA Auto Show last month, and we later learned the car would make its on-screen debut in the next installment of the "Avengers" films. Audi and Marvel films have a long history together. The first "Iron Man" film featured an R8; the second placed an R8 Spyder by Stark's side; and the third film featured an R8 e-tron.

As for the e-tron GT concept's design, Lichte has already said it's nearly production ready. The final product will look awfully similar to the striking concept shown in Los Angeles and will follow the Porsche Taycan, which shares the J1 platform.

Be aware, as you watch the video, Downey Jr. appears to give away an essential piece of the "Avengers 4: Endgame" plot and inadvertently spoils a key element about his character, Tony Stark.