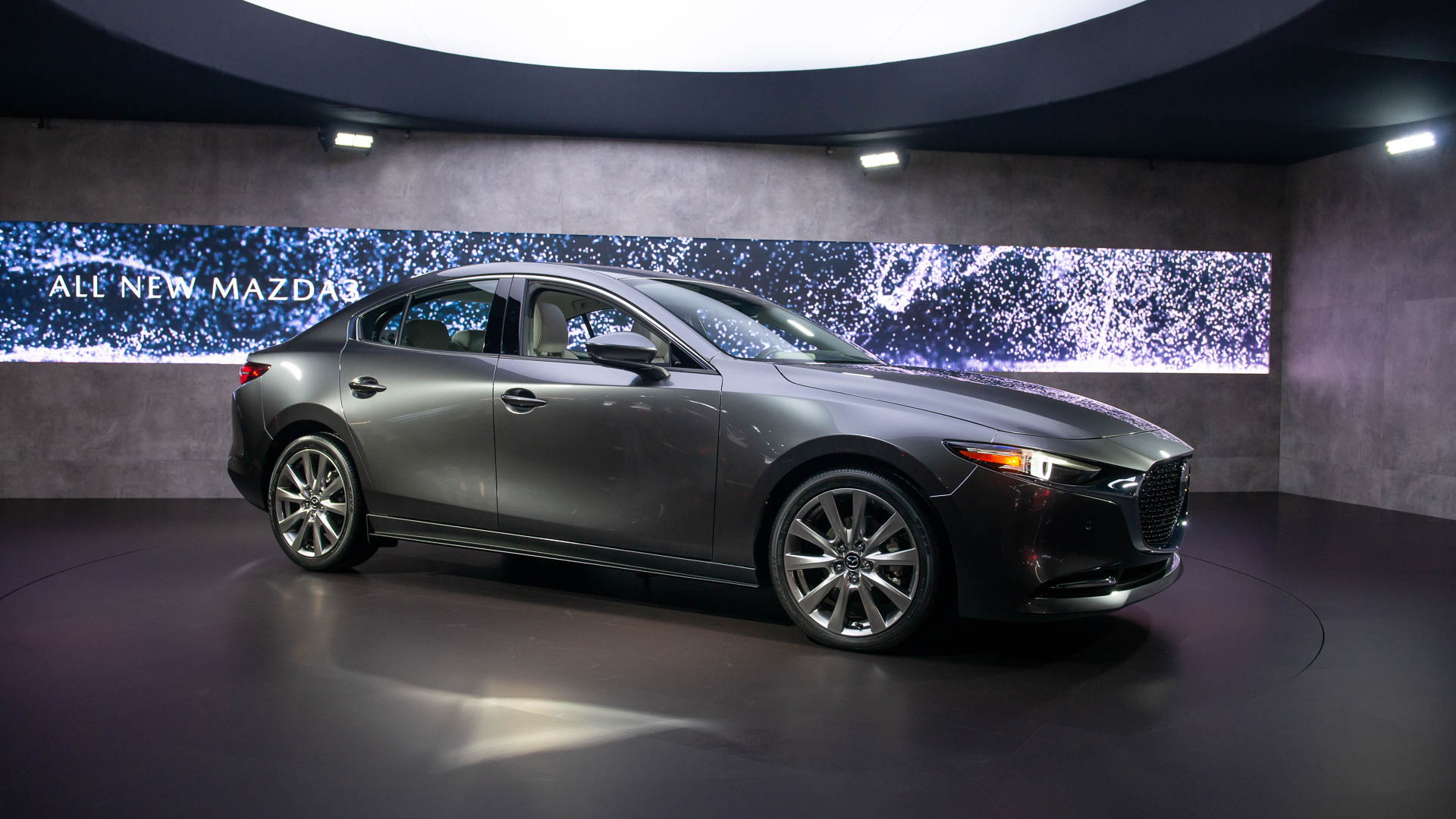 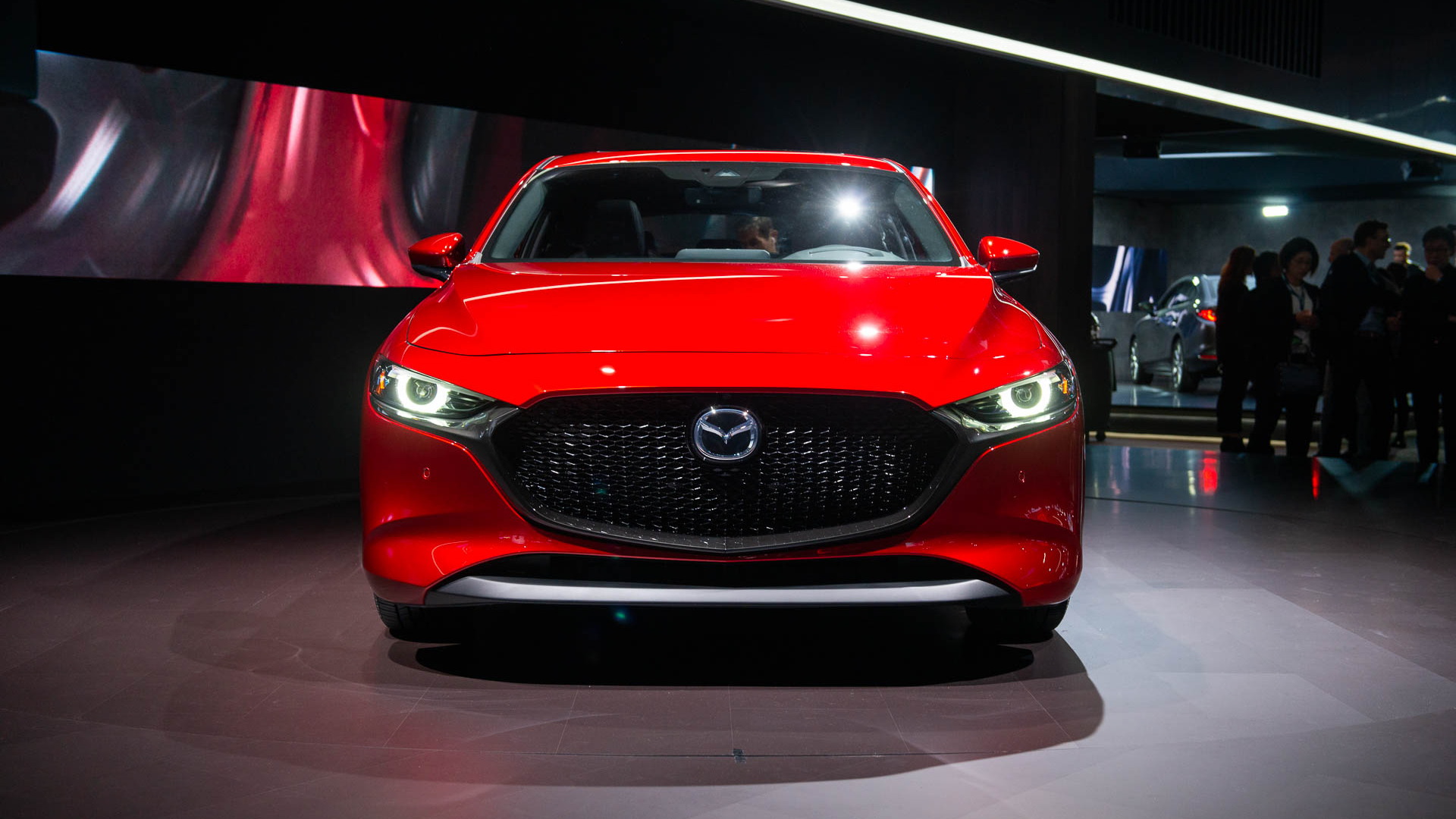 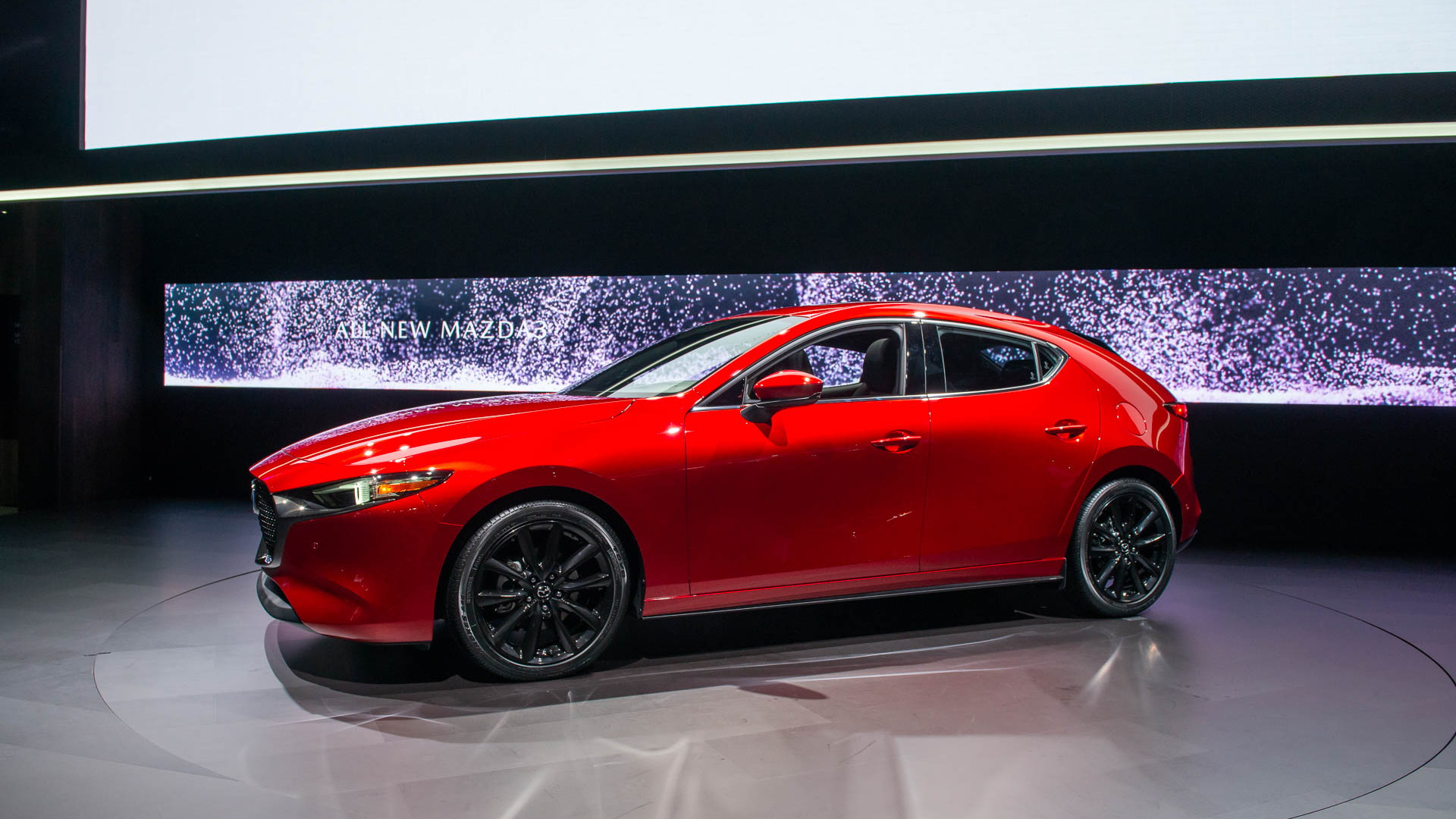 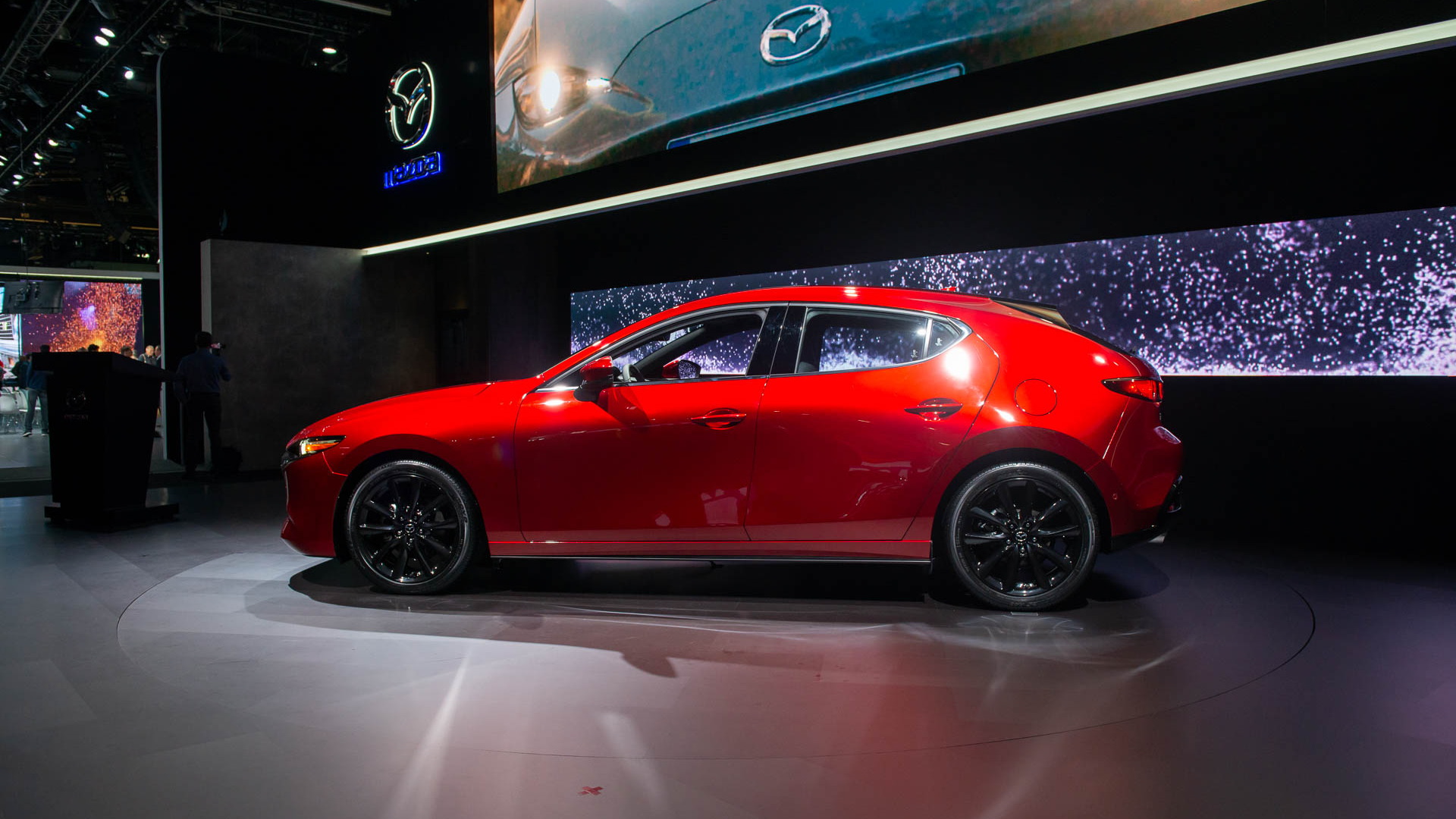 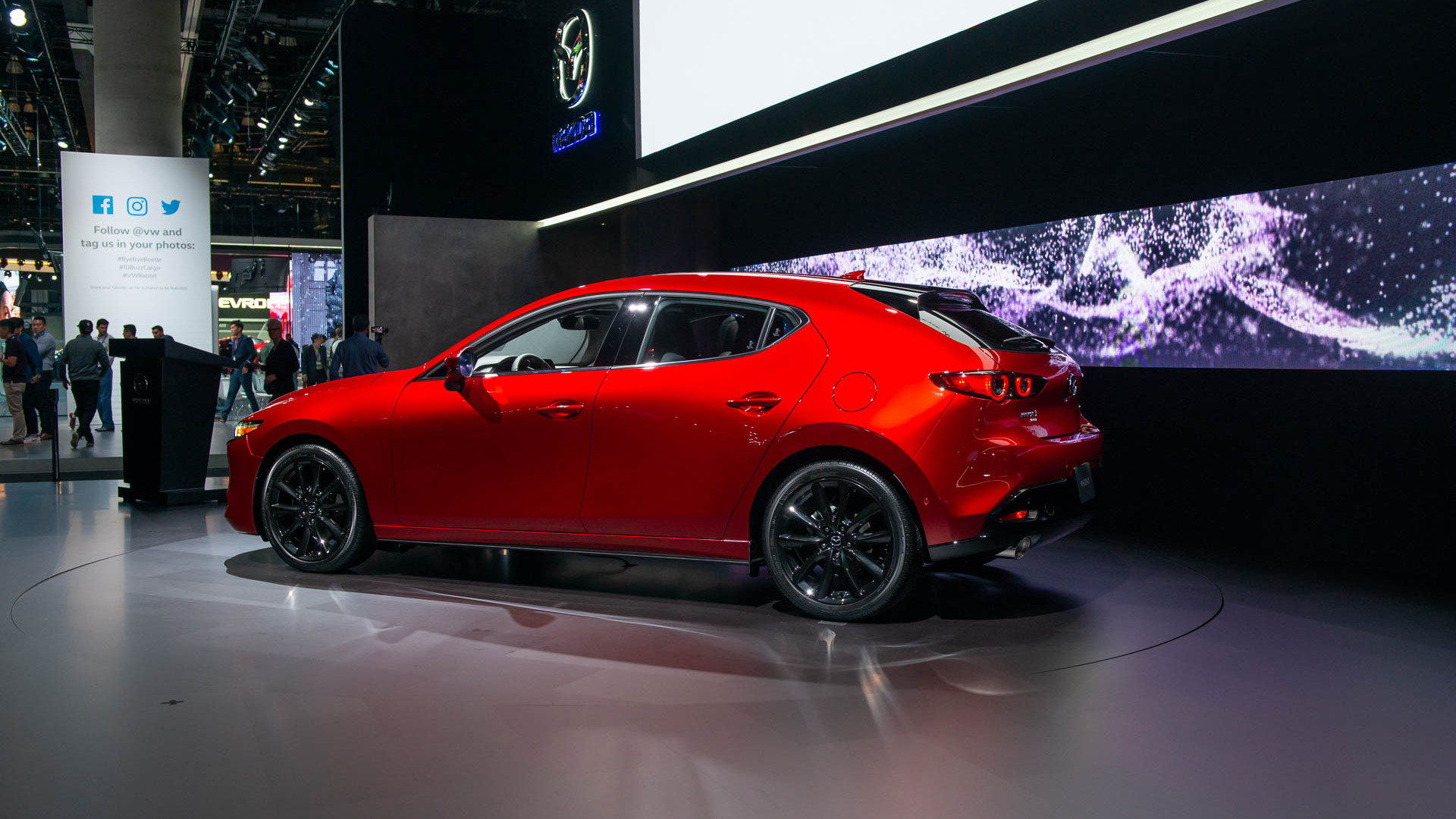 These days, buying an affordable car doesn't mean you have to drive something whose reflection you'd rather not see when passing a wall of glass. This is thanks primarily to brands like Mazda which in recent years has been really pushing the design envelope for non-premium cars.

The Japanese firm on Wednesday unveiled a redesign for the Mazda 3 that is particularly alluring in its hatchback body style, though the extremely wide C-pillars will likely hurt visibility. Fortunately, this doesn't appear to be an issue on the sedan.

Underpinning the car is the SkyActiv-Vehicle Architecture, Mazda's latest modular platform which makes its own debut in the new 3. The platform is said to offer improved dynamic performance compared to Mazda’s current design, as well as a quieter, comfier and more refined ride.

The platform also integrates Mazda's new SkyActiv-X engine which promises diesel-like fuel economy but with the cleaner emissions of gas engines. The engine features what Mazda calls Spark-Controlled Combustion Ignition technology and is said to be capable of returning 20-30 percent better mileage than a conventional engine with similar performance, though Mazda is holding back on specs and won't say when the engine will actually be available. 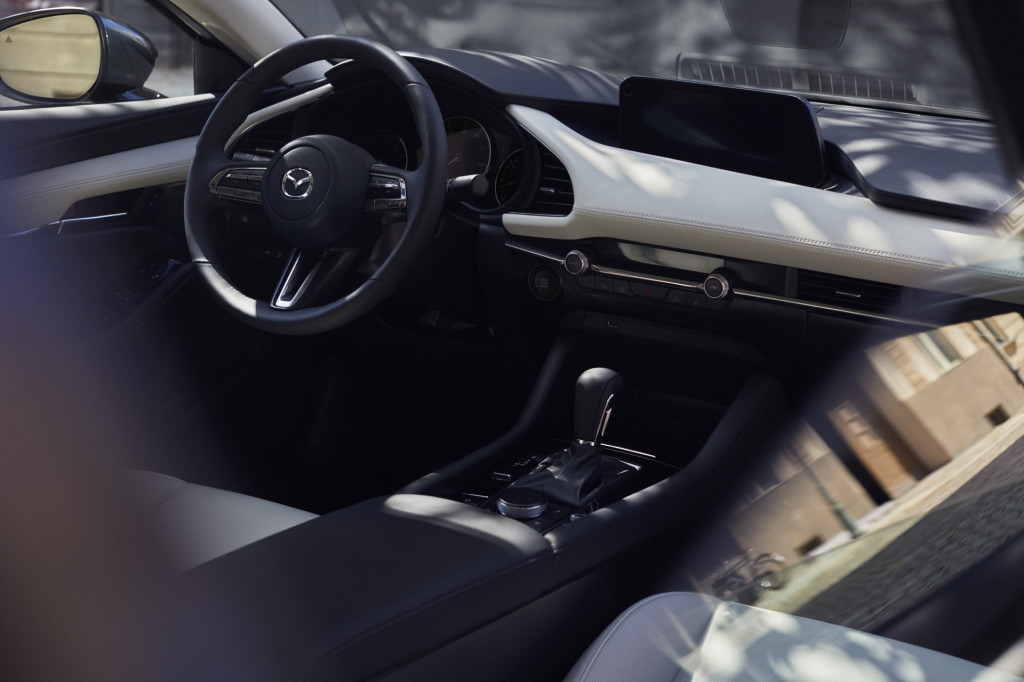 Other engines announced for the new 3 include 1.5-, 2.0- and 2.5-liter inline-4s and a 1.8-liter inline-4 diesel. Mazda is short on detail but the automaker did confirm to Motor Authority that the 2.5-liter inline-4 will launch here first in early 2019. Transmissions include 6-speed manual and 6-speed automatic units, and all-wheel drive will be available.

Inside the new 3, the dashboard is low, with an 8.8-inch display nested in a crevice above the center console. Secondary switches are sparse, with a handful surrounding the gear lever and climate controls grouped in the center of the dashboard. A newly available driver-attention monitoring system uses infrared to watch the driver and to sound an alert if it detects wandering eyes looking away from the road. Additional electronic driver aids include front cross traffic alert and a traffic jam assist with steering function.

Pricing and availability will be announced closer to the market launch in early 2019.

Mazda presented its new 3 at the 2018 LA Auto Show. The automaker also used the show to introduce its updated 2019 CX-5. To learn about some of the other vehicles on display, head to our dedicated hub.