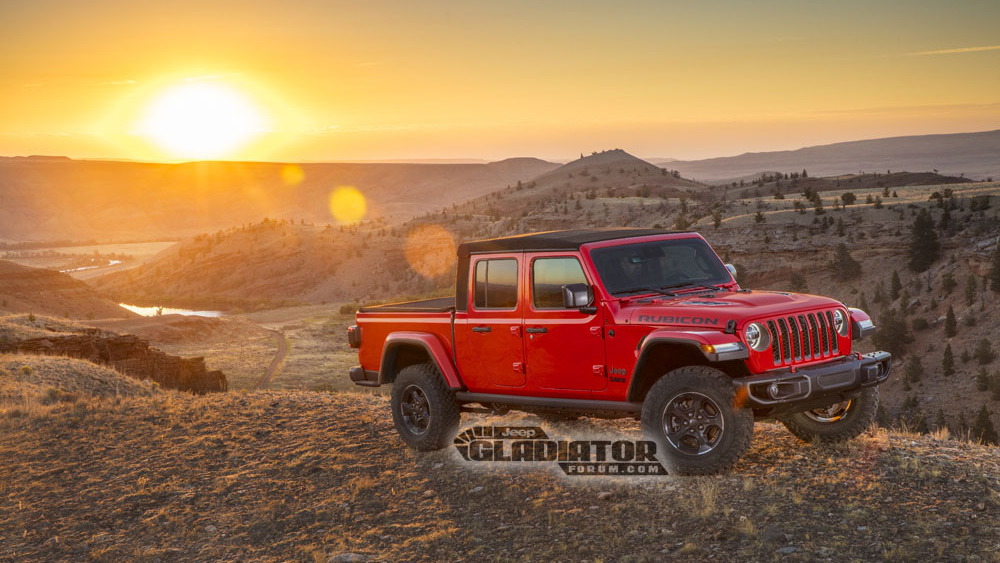 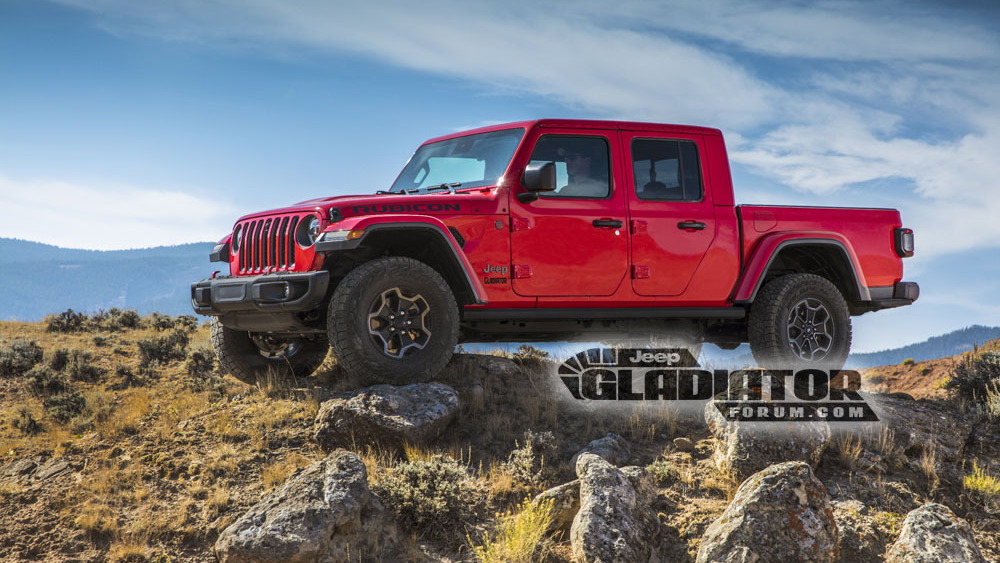 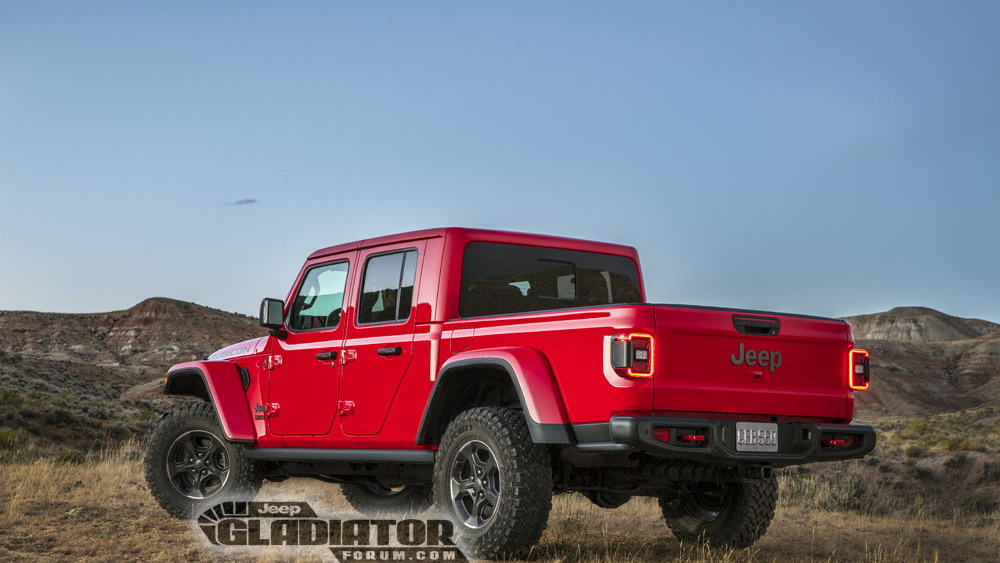 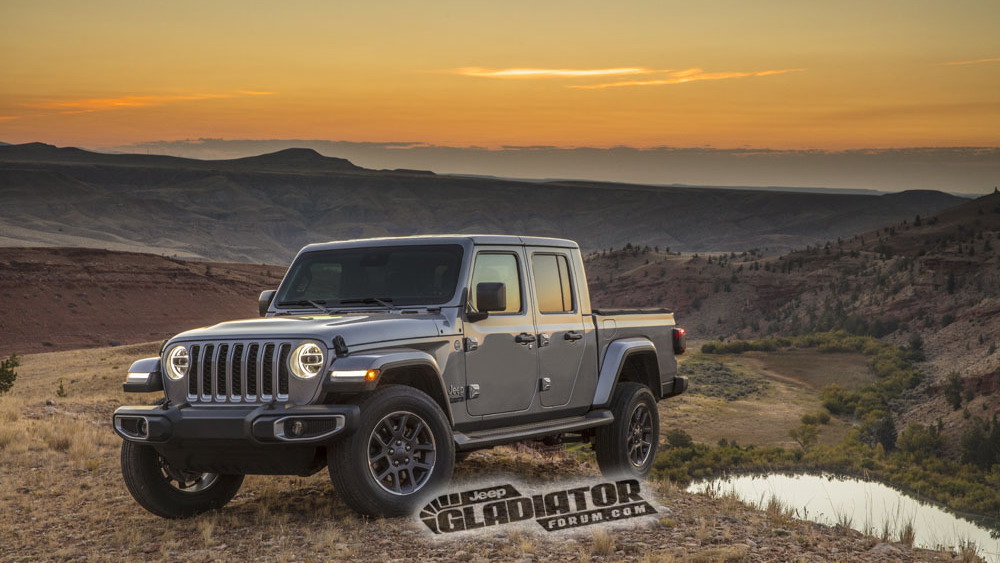 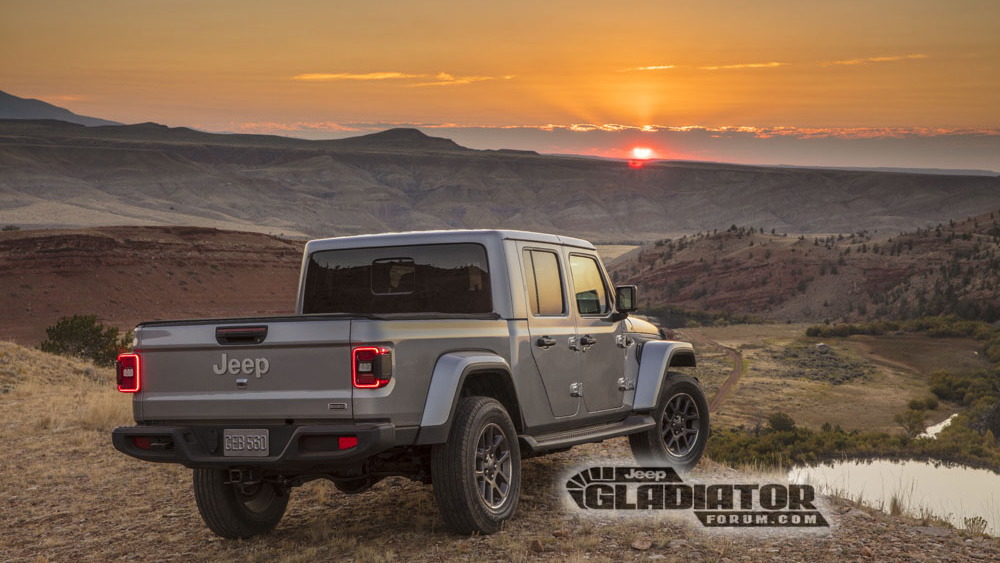 The 2020 Jeep Gladiator has broken cover, weeks before its planned public reveal.

Spotted by a Jeep Gladiator Forum member on Wednesday, official press photos and specs were reportedly live on FCA's media site for a moment before being taken down.

While originally thought to be named Scrambler, the Gladiator name resurfaced on Monday and is now confirmed by the leaked spec sheet.

The photos and spec sheet confirm that the Wrangler-based four-door pickup truck will come standard with a soft top, while two hardtops will be available.

Like the Wrangler, the Gladiator will offer Jeep's Command-Trac and Rock-Trac four-wheel-drive systems, along with Dana 44 axles, electric front- and rear-axle lockers, a limited-slip differential, and electronic sway-bar disconnect along with 33-inch off-road tires. Rubicon models will also have a forward-facing camera for better rock-crawling visibility. A claimed 30 inches of water fording ability should please most off-road enthusiasts.

The fold-down windshield from the Wrangler ports over to the Gladiator, as does the FCA's fourth-generation Uconnect infotainment system. The final spec sheet should include the same active safety technology found on the current Jeep Wrangler.

Behind the Gladiator's four-door cab sits a 5-foot steel bed with up to 1,600 pounds of payload capacity. The Gladiator's tow rating in some configurations will reach 7,650 pounds.

The new Jeep Gladiator will make its formal debut on November 28 at the 2018 Los Angeles auto show. Stay tuned as more information is sure to be released soon.