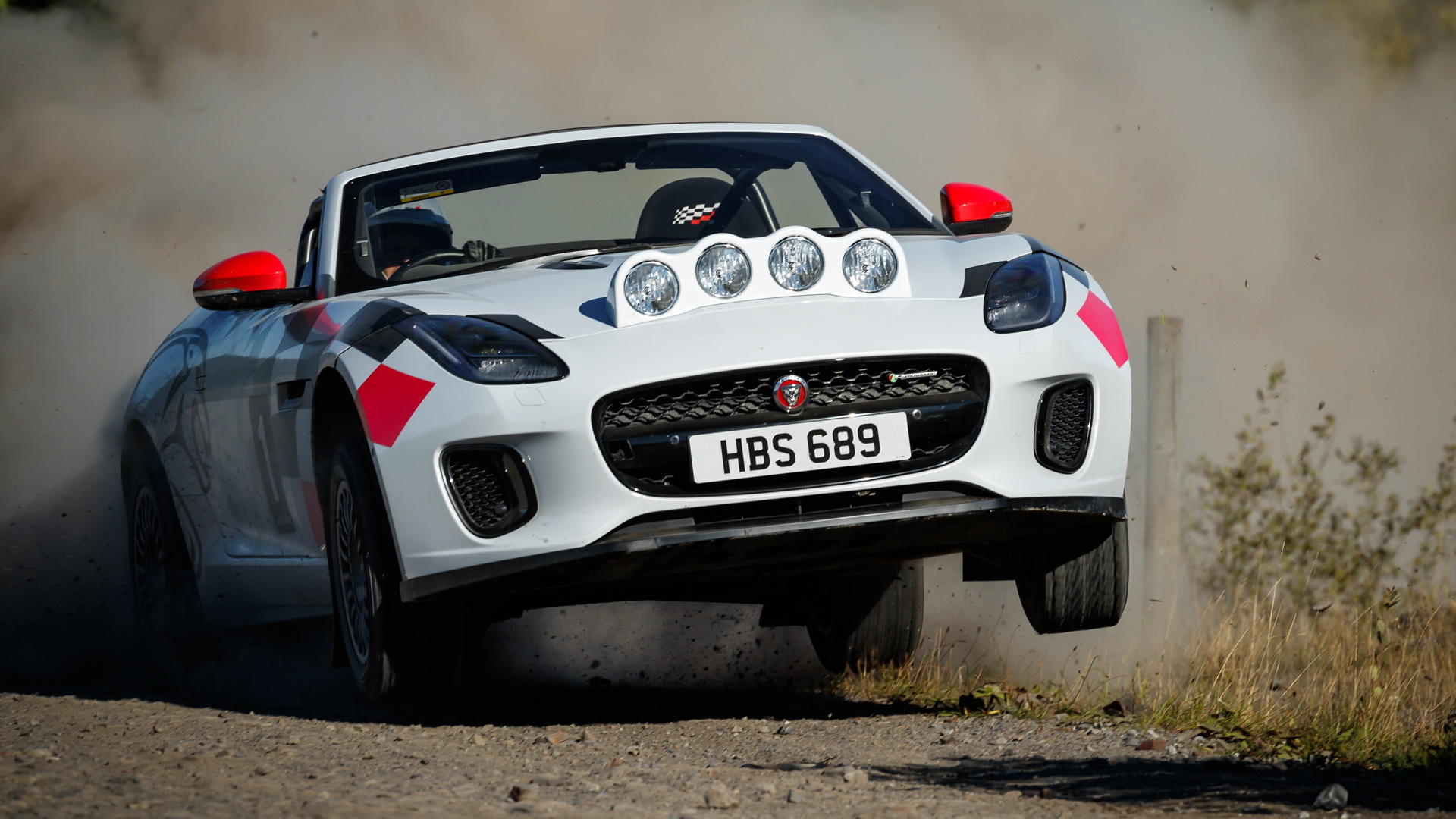 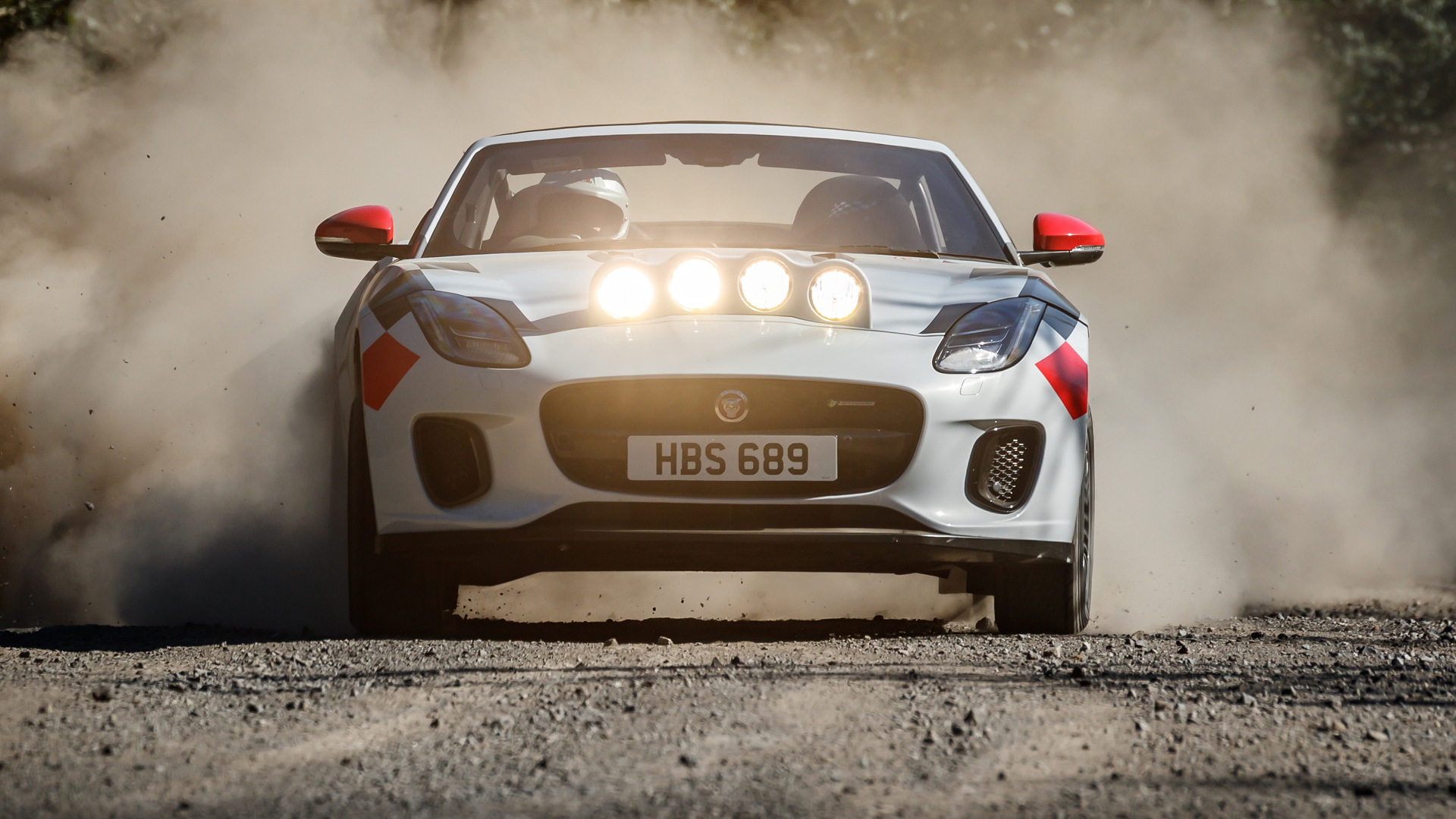 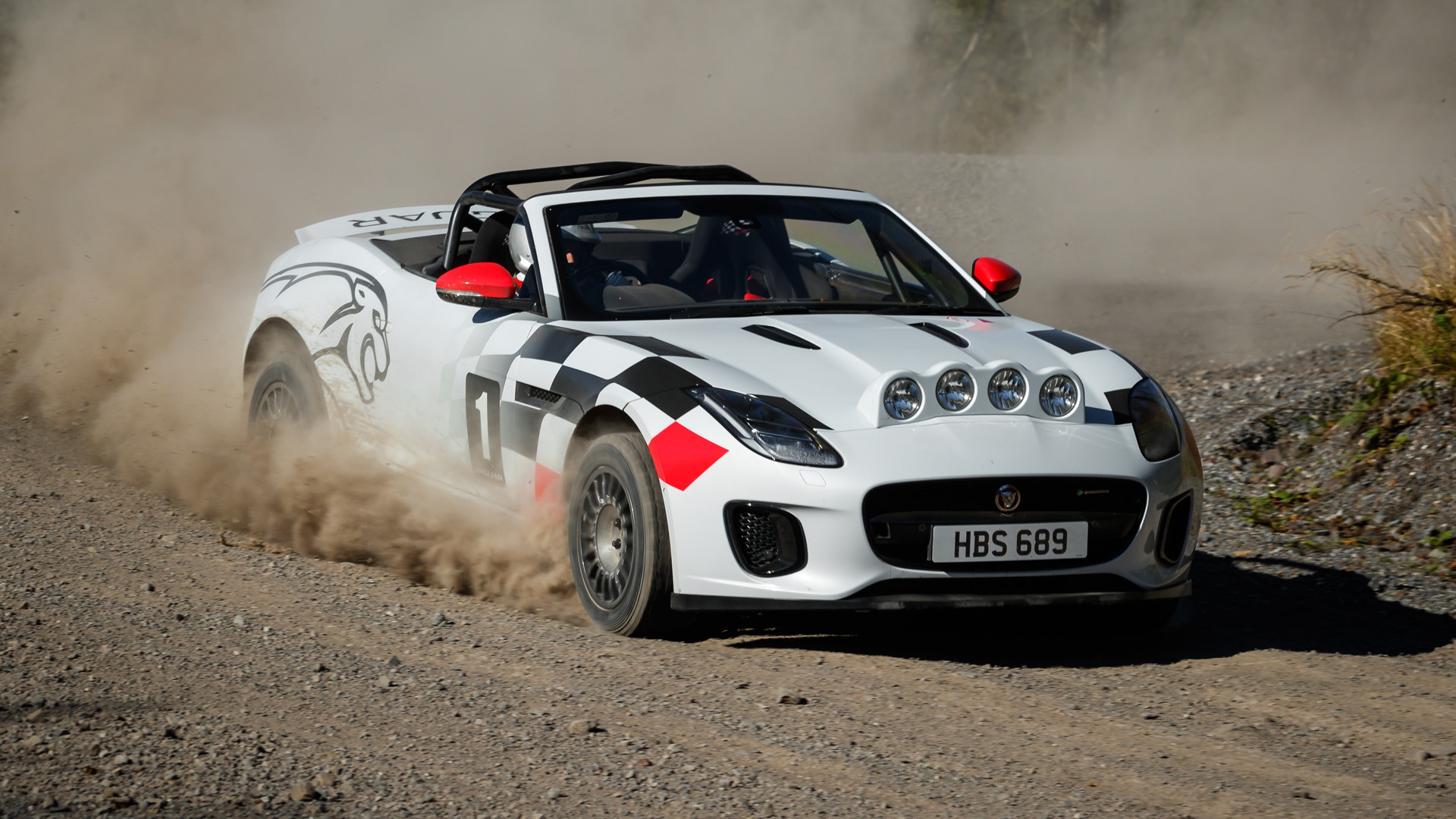 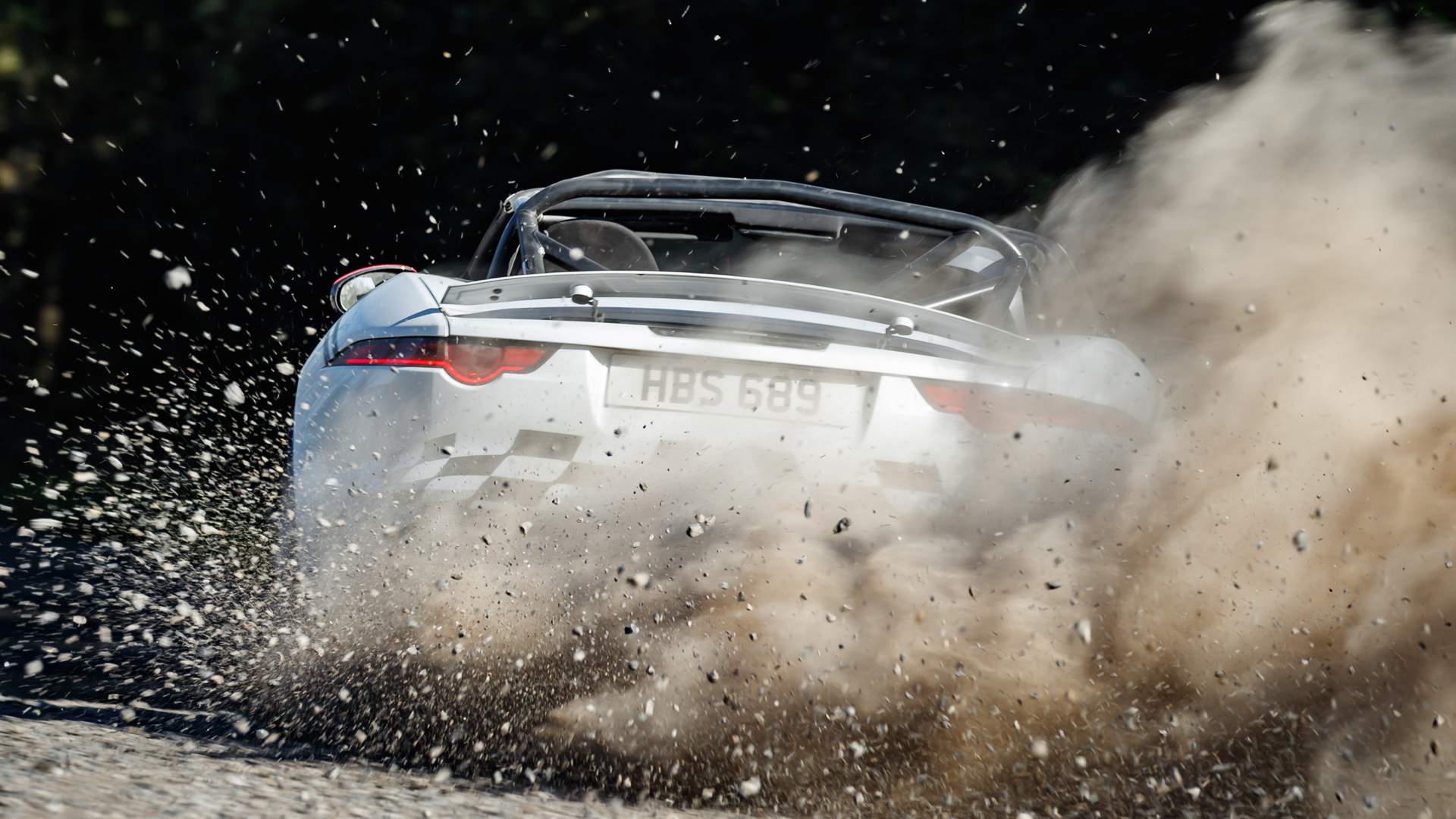 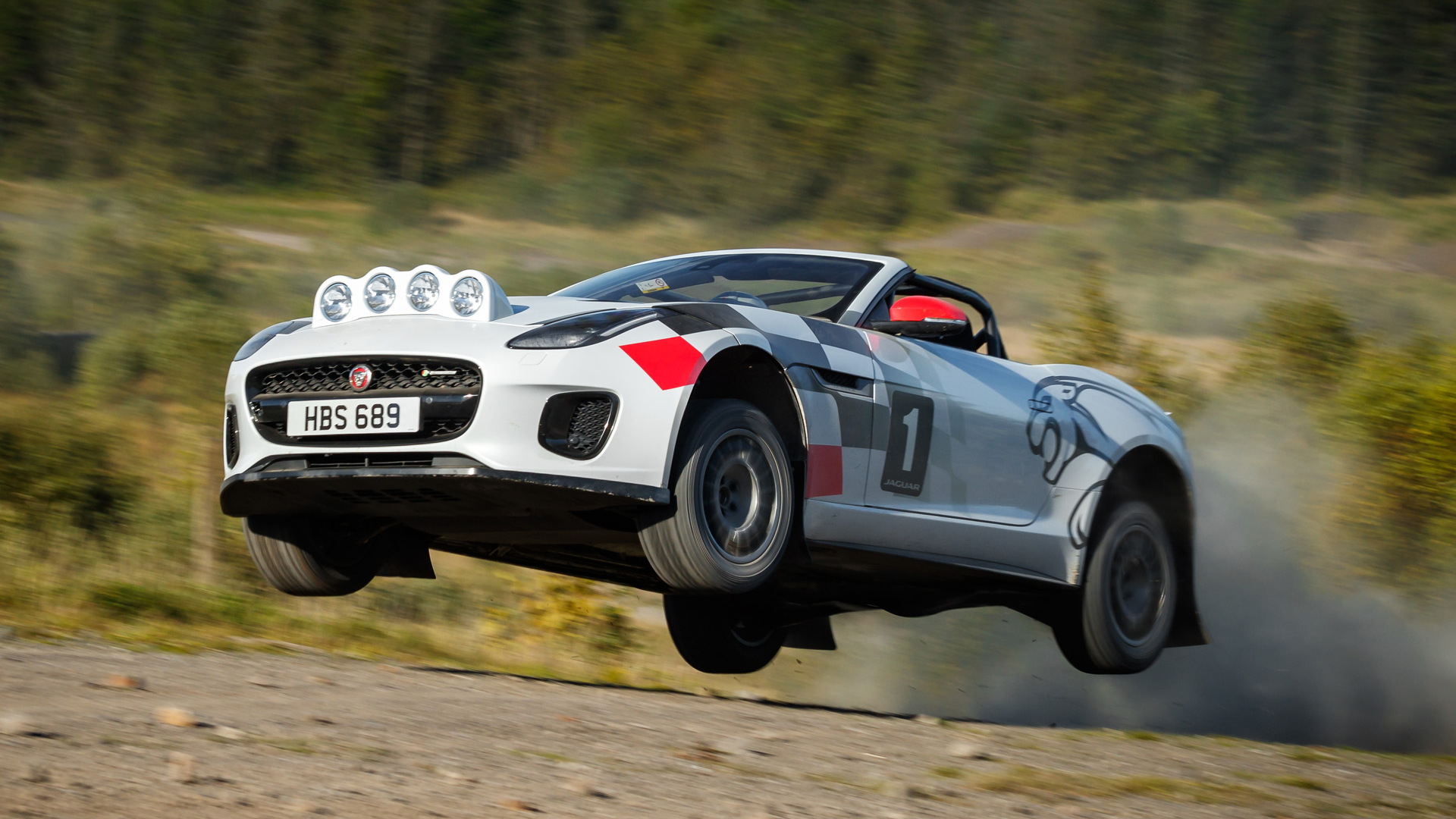 Jaguar has developed a pair of F-Type Convertible rally cars to celebrate 70 years of its sports car heritage. In particular, they give a nod to Jaguar's first sports car, the XK120 introduced in 1948. We'll just ignore the SS-100 launched the previous decade by SS Cars, the company that was renamed Jaguar in 1945.

The modern F-Type rally cars were unveiled Monday but have already been driven in anger. The cars were recently put through their paces at the Walters Arena rally stage in the south of Wales, and in the coming months they will attend a number of Jaguar-planned events.

The cars are said to meet unspecified FIA homologation rules for rallying and come powered by the F-Type's entry-level engine, a 2.0-liter turbocharged inline-4 that generates a maximum 300 horsepower.

The cars feature upgrades to the brakes, suspension and drivetrain, including hand-built competition dampers and softer springs to ensure they can tackle punishing terrain. For example, three-way adjustable dampers allow them to be tuned for different surfaces. A limited-slip differential also improves power delivery on loose surfaces while a hydraulic handbrake, with a carbon fiber grip, helps drivers tackle hairpin bends.

Of course, there are numerous safety mods added too. These include FIA-spec racing seats with six-point harnesses, plus a roll cage, fire extinguisher and hood-mounted light pod.

Interestingly, the XK120 that the F-Type rally cars celebrate achieved successes in various rallies. These included early events such as the RAC, Tulip and Alpine rallies. No word yet if an F-Type rally car will ever be built for competition use.