A stripped-down 1956 Porsche 356 A “training chassis,” used by the legendary New York import-car dealer Max Hoffman to instruct his American mechanics, will be offered by RM Sotheby’s during the Porsche 70th Anniversary Auction in Atlanta.

The bodywork was left off this 356 to expose the chassis, engine, transmission, suspension, electrical system and other inner workings of the odd little German sports cars sold and serviced at the iconic Hoffman Motors dealership in Manhattan. 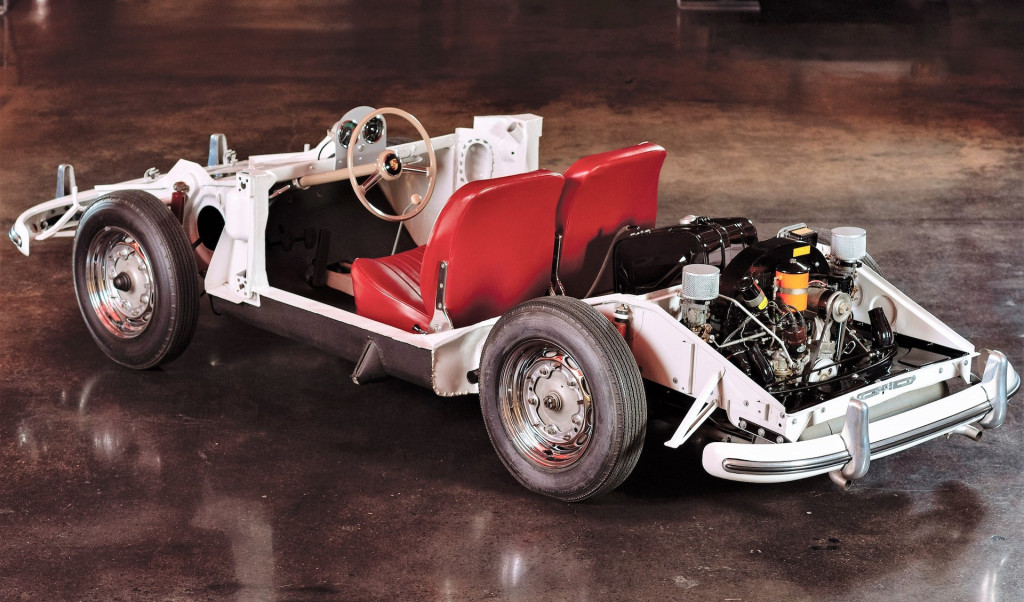 “Hoffman’s mechanics would tear down various parts of the chassis, painstakingly reassemble them, and then repeat the process until they had mastered the craft of returning a 356 to the road,” according to RM Sotheby’s catalog description.

The chassis features two different suspension setups, one on either side – earlier and updated – for training purposes.

The various chassis and drivetrain components were made with larger factory tolerances than normal for repeated disassembly and reassembly. 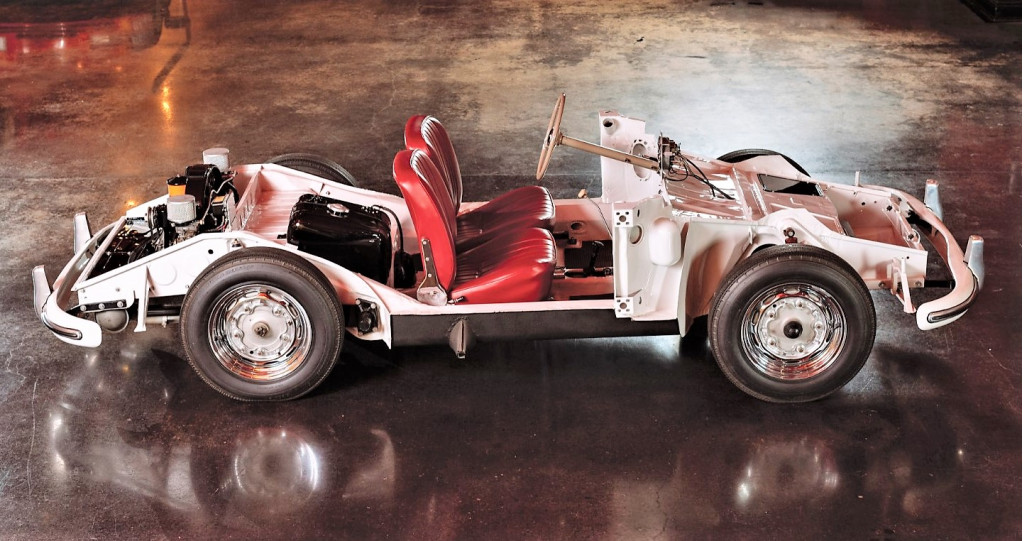 Hoffman’s mechanics, and later those at Porsche’s U.S. headquarters in Teaneck, New Jersey, used the training chassis until the introduction of the revised 356 B, when many of the components were updated. The chassis was relocated several times until winding up in Boston.

It was rediscovered there in 1976, stored in a chicken coop and wearing a fiberglass Devin body, apparently for use as a complete car. Famed Porsche enthusiast Bill Jones acquired the body and chassis. He had admired the training rig in Hoffman’s workshop in 1959 and long dreamed of adding it to his collection, the catalog says.

After an 11-year restoration to bring it back to original configuration, the bodyless chassis is fully functional and can be started and driven, the catalog reports. The chassis was featured in a 1987 article in Porsche Panorama magazine, a copy of which is included in the sale. 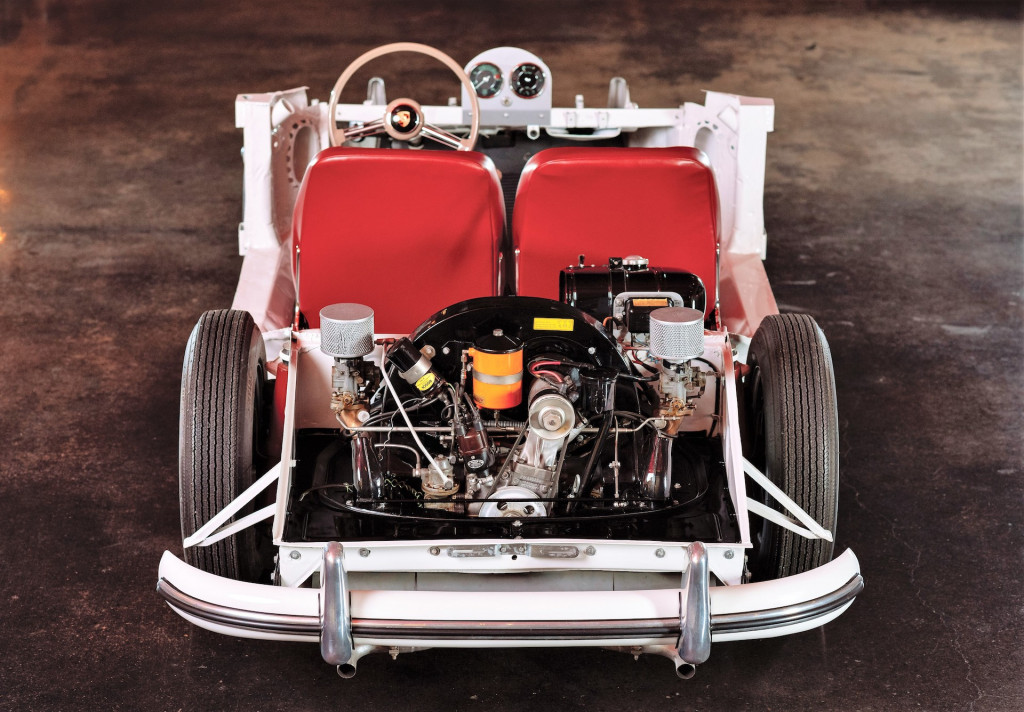 RM Sotheby’s single-marque Porsche auction will be held October 27 at the Porsche Experience Center in Atlanta. The sale will feature 64 Porsche sports cars and race cars representing all seven decades, from early 356 models, through the various iterations of the 911, to the latest exotic hypercars. Such rare and iconic models as the 904, 917 and 959 are included in the sale.