SSC is keen to reclaim the record for the world's fastest production car and clock 300 mph in the process. After unveiling the long-awaited Tuatara last month, the California-based supercar maker had some fighting words for rivals also looking to stake their claim as the first to 300 mph.

Jerod Shelby, CEO of SSC North America, told Top Gear in an interview published Tuesday that the Tuatara is the only supercar with a "legitimate shot" at cracking 300 mph. Rivals include Hennessey Performance Engineering with its Venom F5 and Koenigsegg, which currently holds the production car record with the Agera RS. The Swedish supercar's top speed record sits at 277.9 mph. 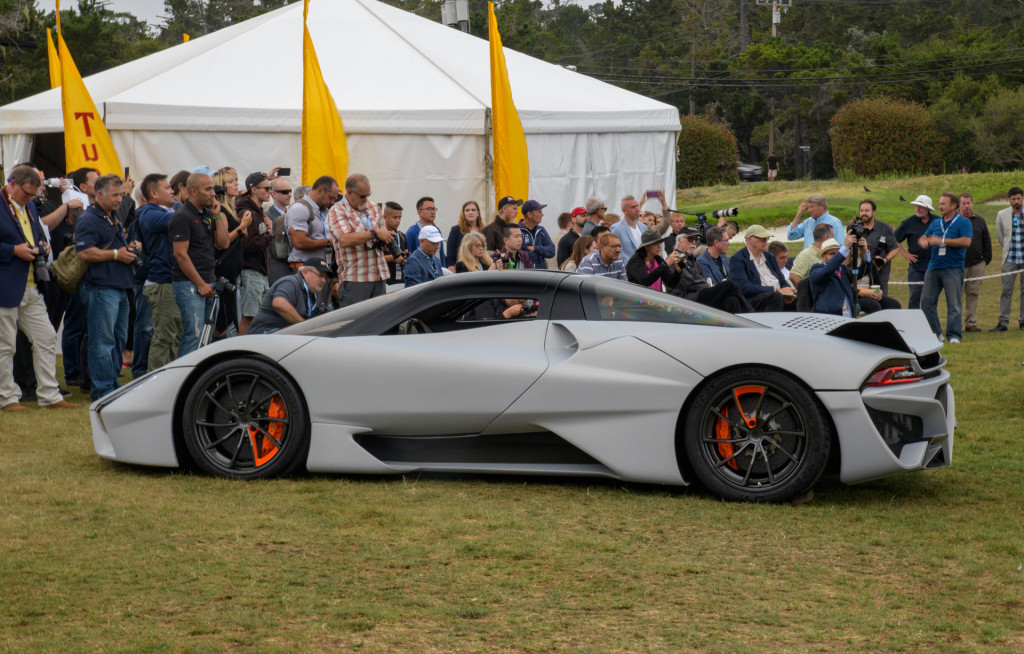 "We wanted the engineering to exceed anything we had done before and what our competitors are doing," Shelby said. "But the overarching goal was 300 mph."

"The knowledge I have of our competitors, I feel that we’re the only ones that really have a legitimate shot (at 300 mph) because of the drag numbers and the horsepower that we’re producing,” Shelby explained. Right now, the drag coefficient sits at 0.279 when running the aerodish wheel, he noted. After getting "so clean" around the front wheels, the supercar is actually losing drag counts because of the mass amounts of air velocity entering the side intakes. An active rear wing helps while two stationary wings assist with braking. 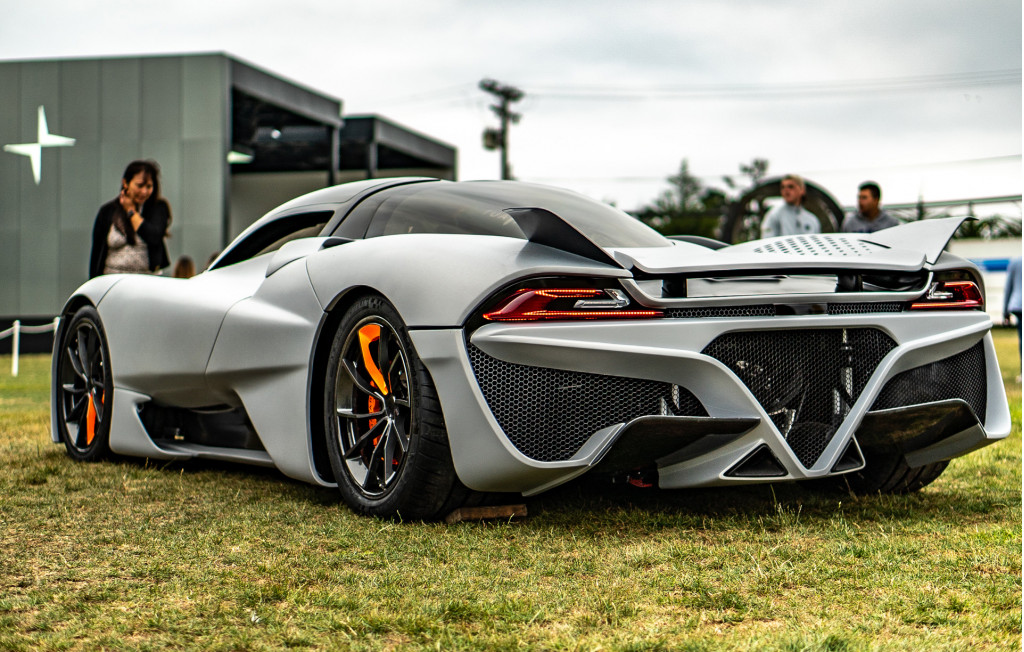 However, more work can be done to improve the aero numbers. Shelby said changes to the internal ducting on the rear radiator, and work on the front wheel area and rear wing profile will lower the drag coefficient and add downforce.

SSC first showed the Tuatara in 2011 with a 7.0-liter twin-turbocharged V-8, but that has since shrunk to a 5.9-liter displacement. SSC says it was necessary to stretch the redline to 8,800 rpm. Now, 1,350 horsepower is on tap for the driver on 91 octane gasoline. E85 fuel will unlock 1,750 hp, and a mix of both will result in around 1,500 hp, Shelby said. A 7-speed automated manual transmission will handle shifts, which Shelby said are "very, very fast" and "aggressive."

How certain is SSC of its future accomplishment? The Tuatara features a 300 mph speedometer.