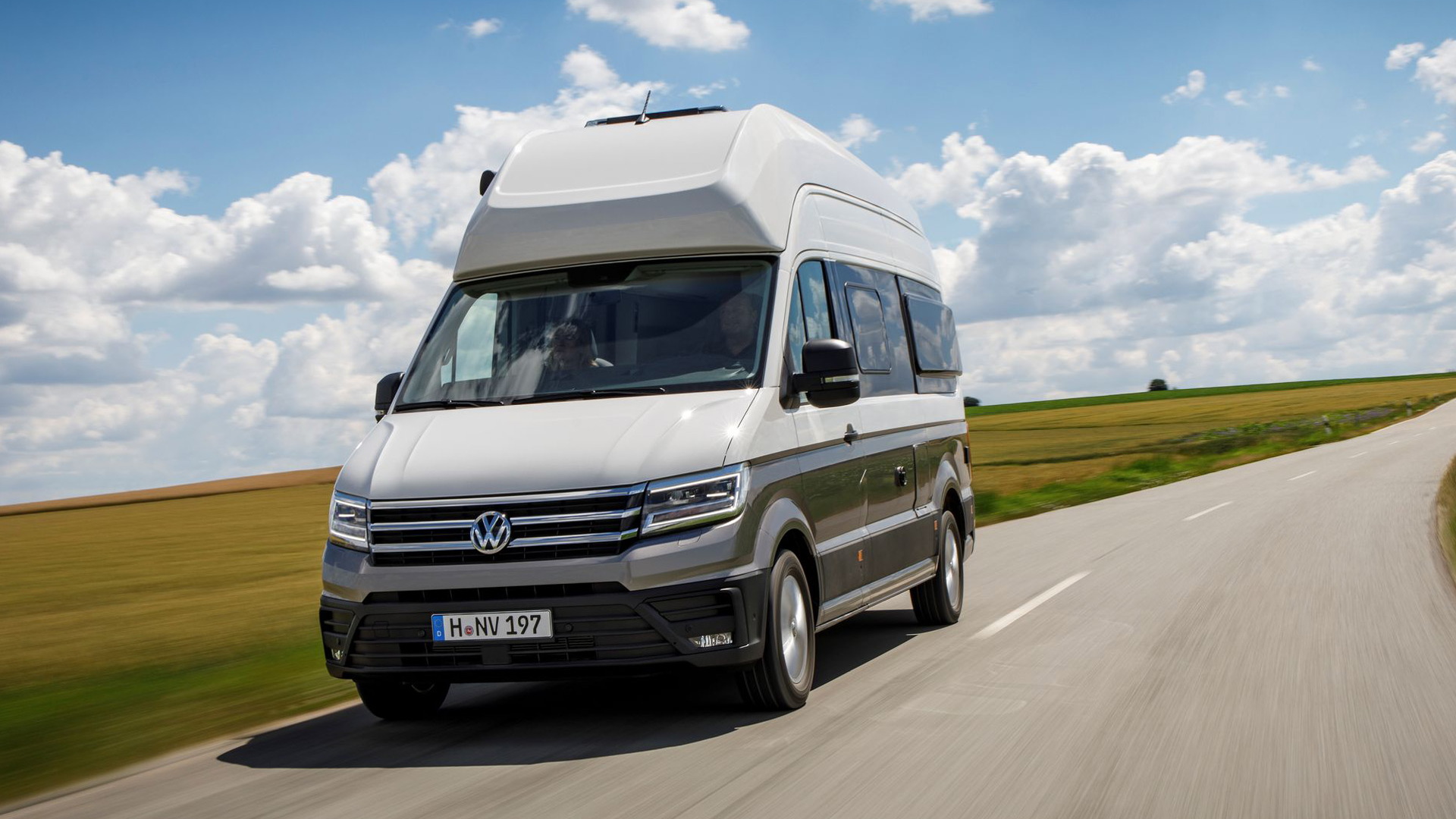 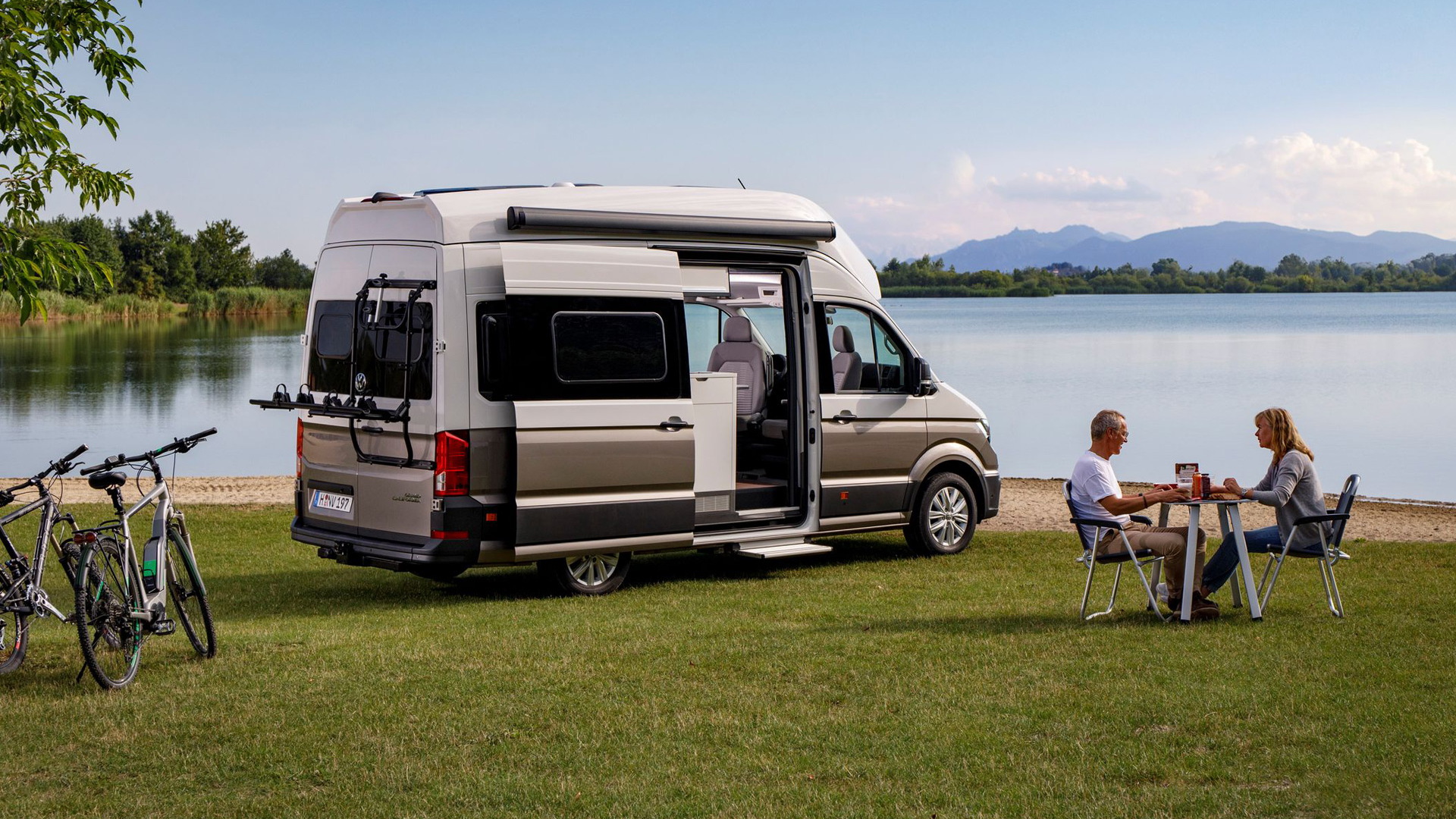 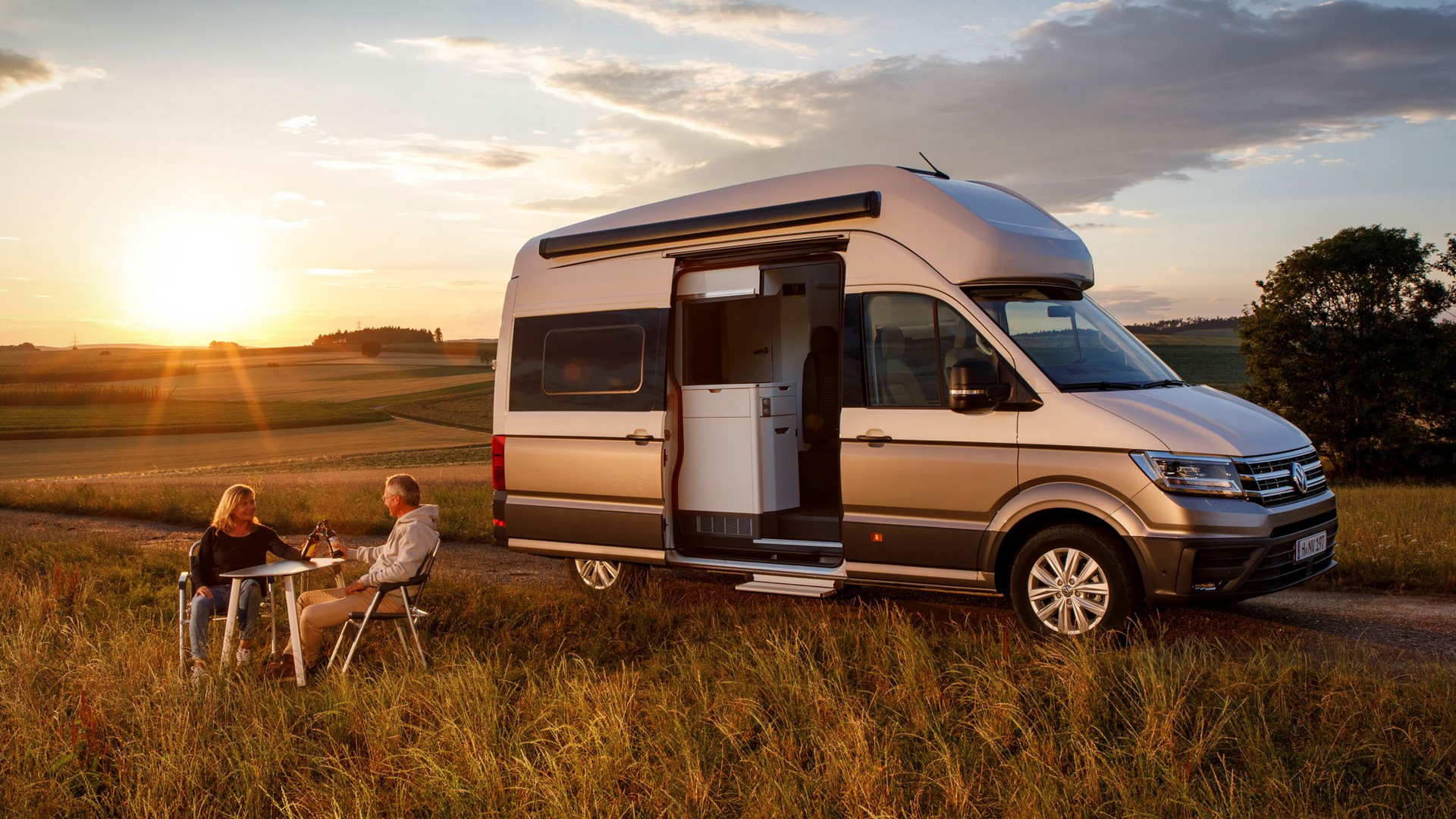 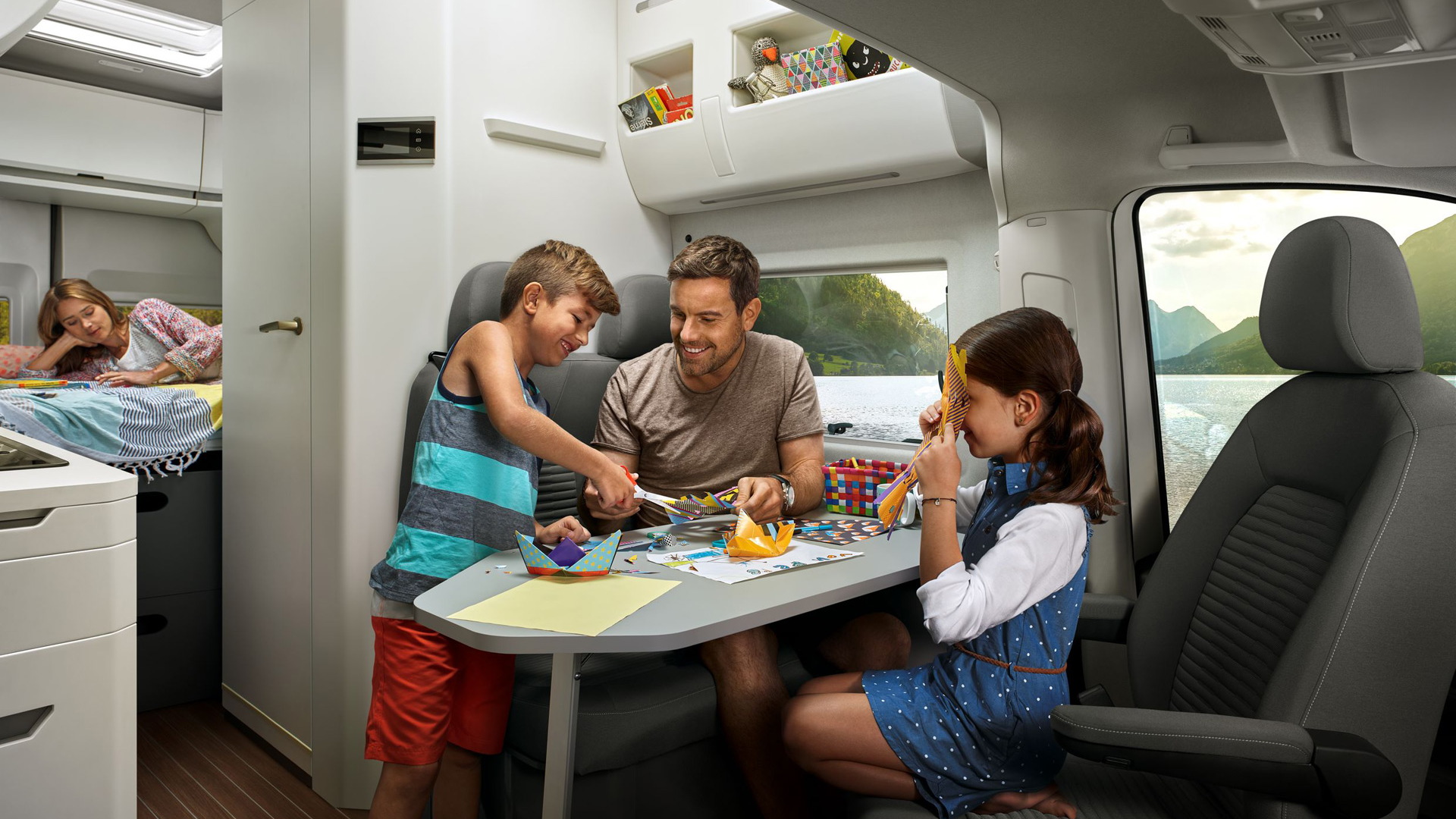 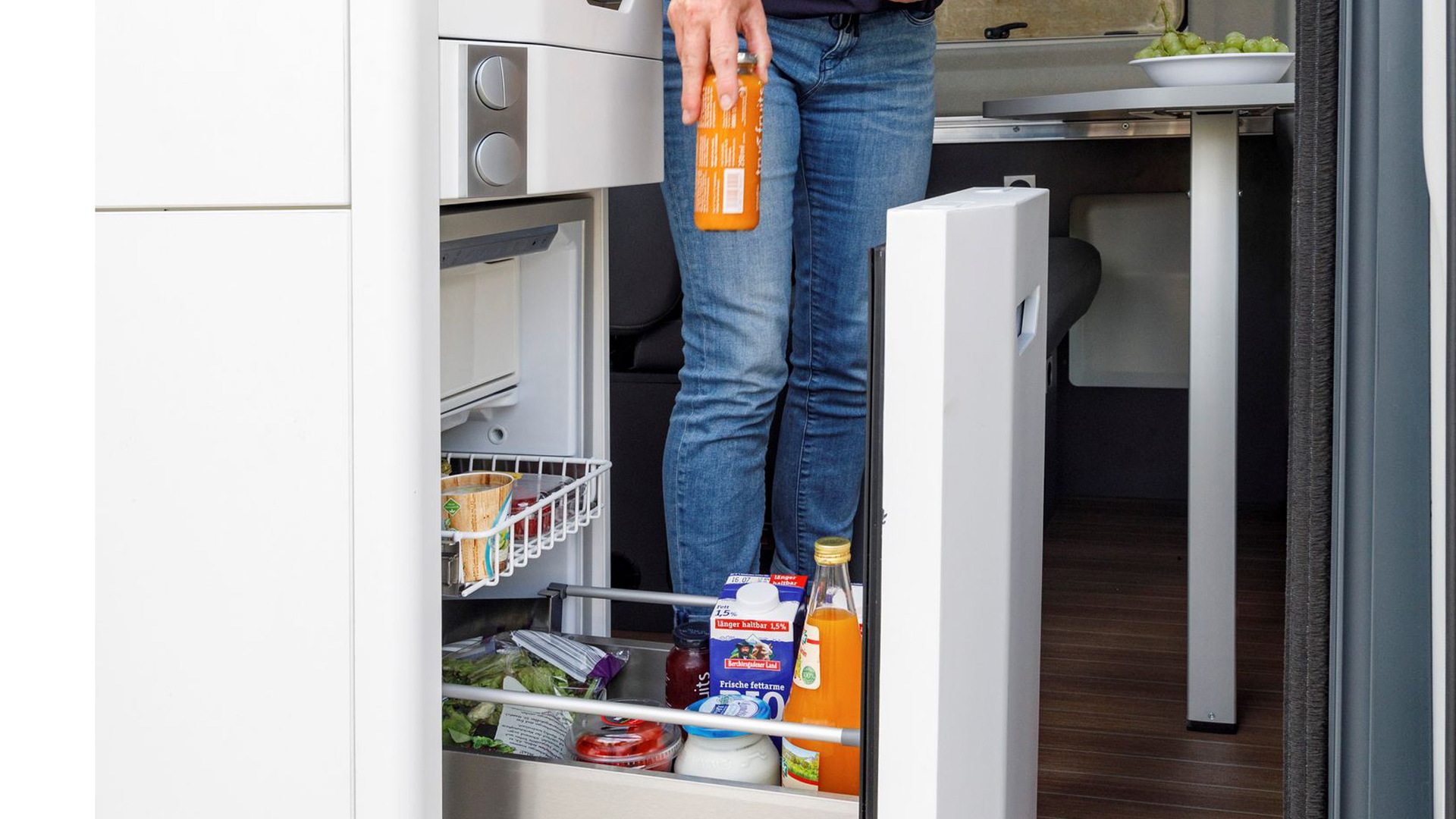 While we can only dream of a modern Microbus, Volkswagen customers overseas have a number of options based on the German automaker's Transporter and Crafter vans.

Earlier this year we were able to test a Transporter-based camper known as the California that VW brought over. It featured pretty much everything you need for an extended stay at a camping site, including a pop-up roof, cooker and fridge, and a pair of beds each big enough for two.

Now VW has given the California treatment to its even bigger Crafter van. The result is the Grand California, which VW will debut at the 2018 Caravan Salon running in Düsseldorf, Germany from August 24 to September 2.

The Grand California measures close to 20 feet in length and with the extra space the designers were able to add a bathroom and a large sleeping area at the rear. This rear sleeping area is in addition to a bunk bed in the roof, just like in the smaller California.

The Grand California is fitted with swivel seats at the front and a double bench seat in the living area. A large dining table provides ample room for four people to sit down to eat together. The kitchen fittings include a pull-out fridge with freezer compartment (accessible from outside as well as via the sliding door), a twin-hob gas cooker, a sink and diverse drawers, pull-out storage compartments and tip-up shelves.

The main advantage over the smaller California is of course the bathroom. In addition to a toilet and shower, its fittings include a fold-out wash basin, shelves with holders for toiletries, a cupboard with integrated toilet paper holder, towel holders, and a skylight for ventilation. The vehicle can hold about 24 gallons of water.

Available features include a roof-mounted air-conditioner at the back, an awning, a rear bicycle rack, and a camping table and chairs. The standard gas heating can be expanded as a heating system to run on gas- or diesel-generated electric power. There will also be a solar panel system mounted on the roof, a WiFi hotspot, and a satellite dish for television.

VW will reveal availability and pricing for the Grand California at the Caravan Salon debut. Unfortunately, the vehicle isn't expected here. That doesn't mean VW won't bring any vans stateside. The automaker has already confirmed a spiritual successor to the Bus in the form of a production version of its ID Buzz concept. It's due on sale here by 2022.