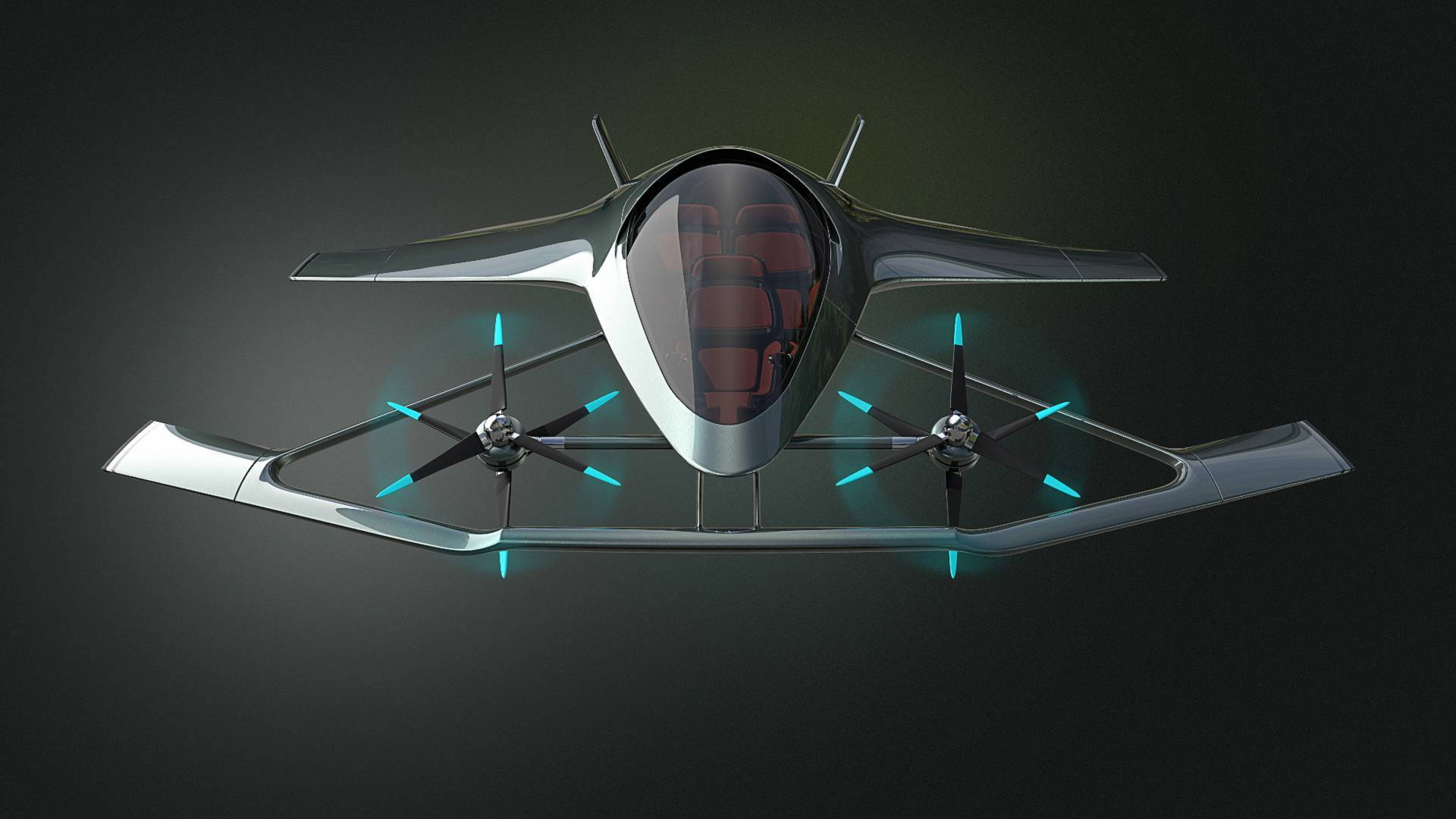 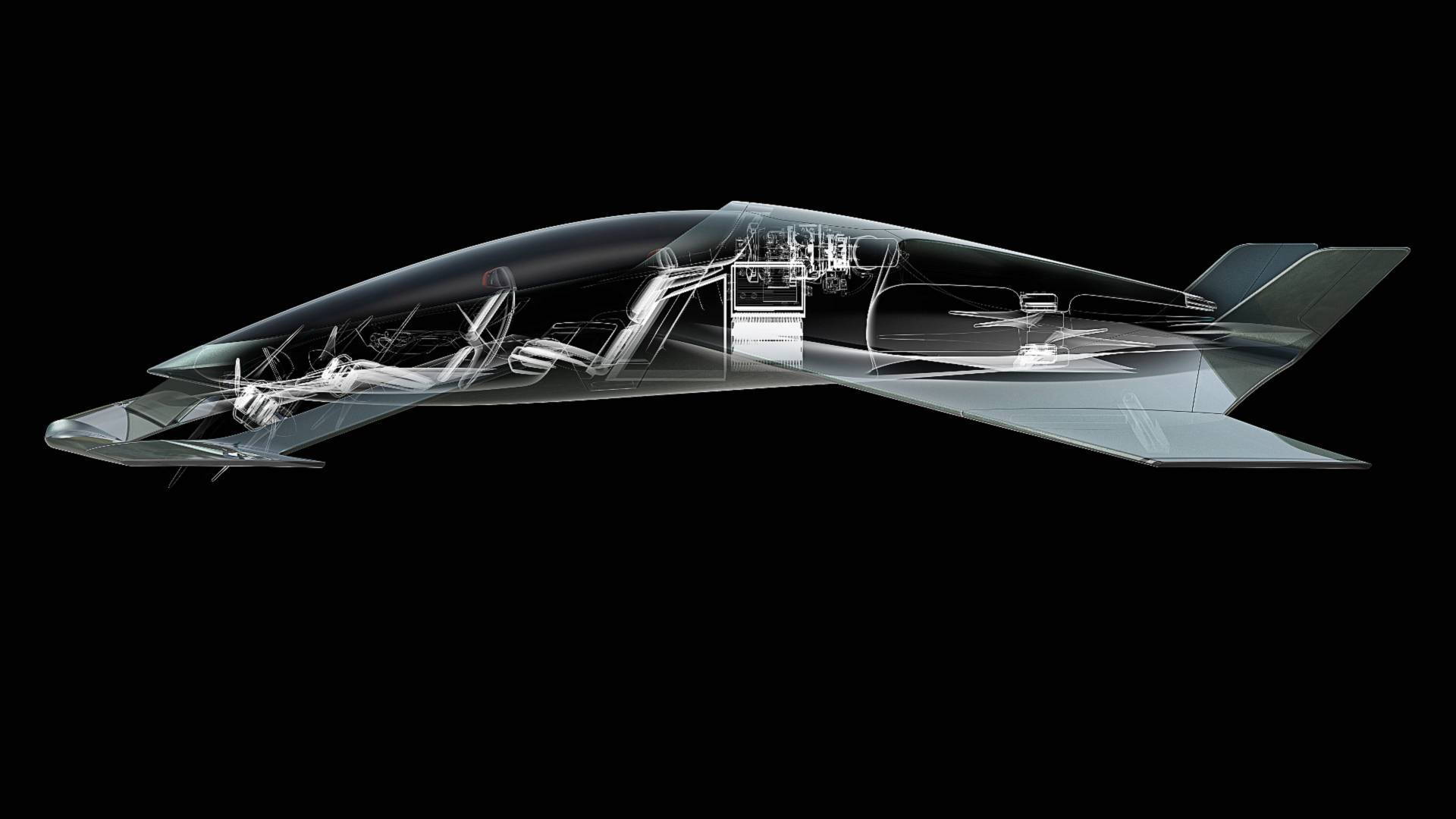 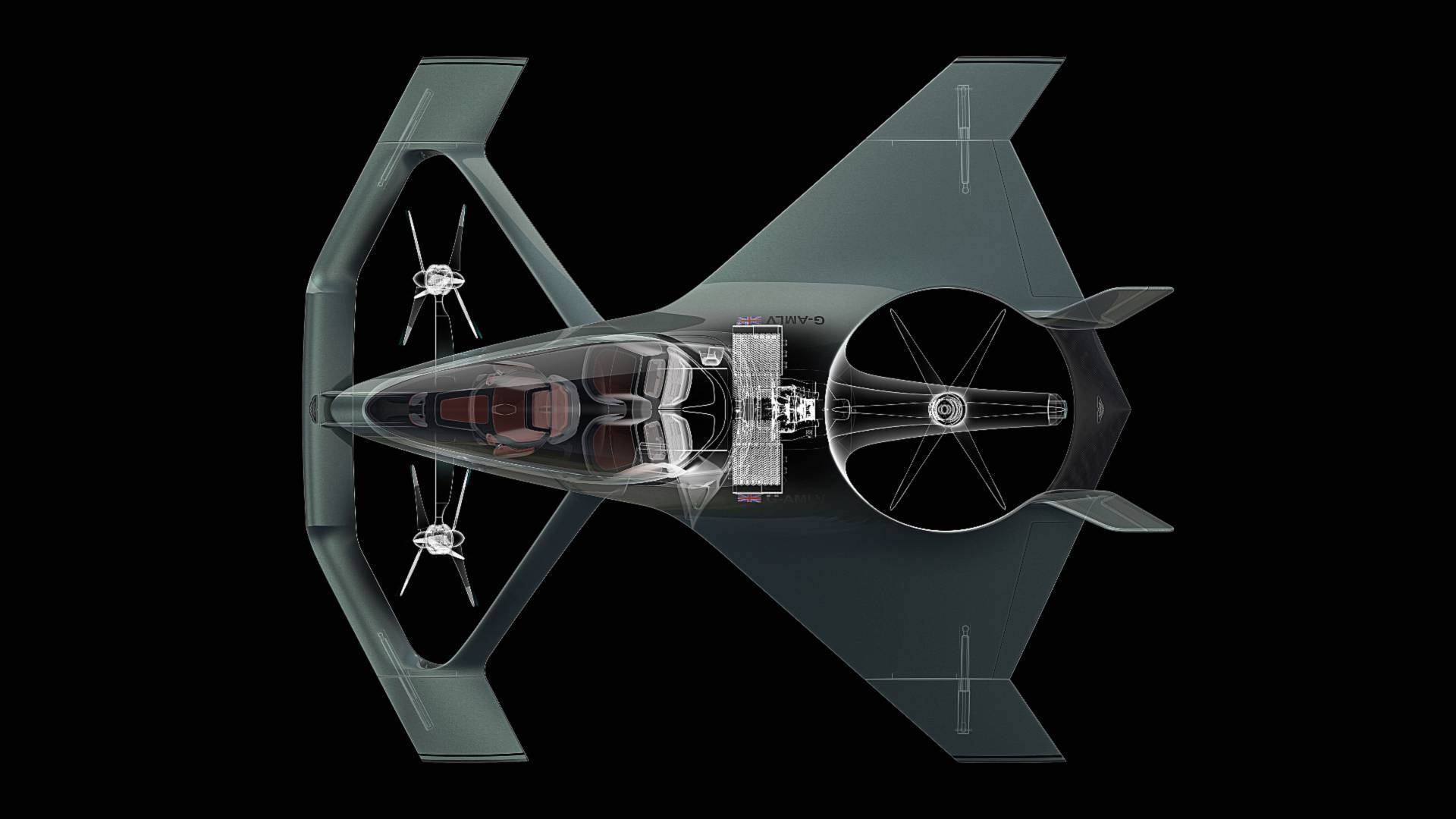 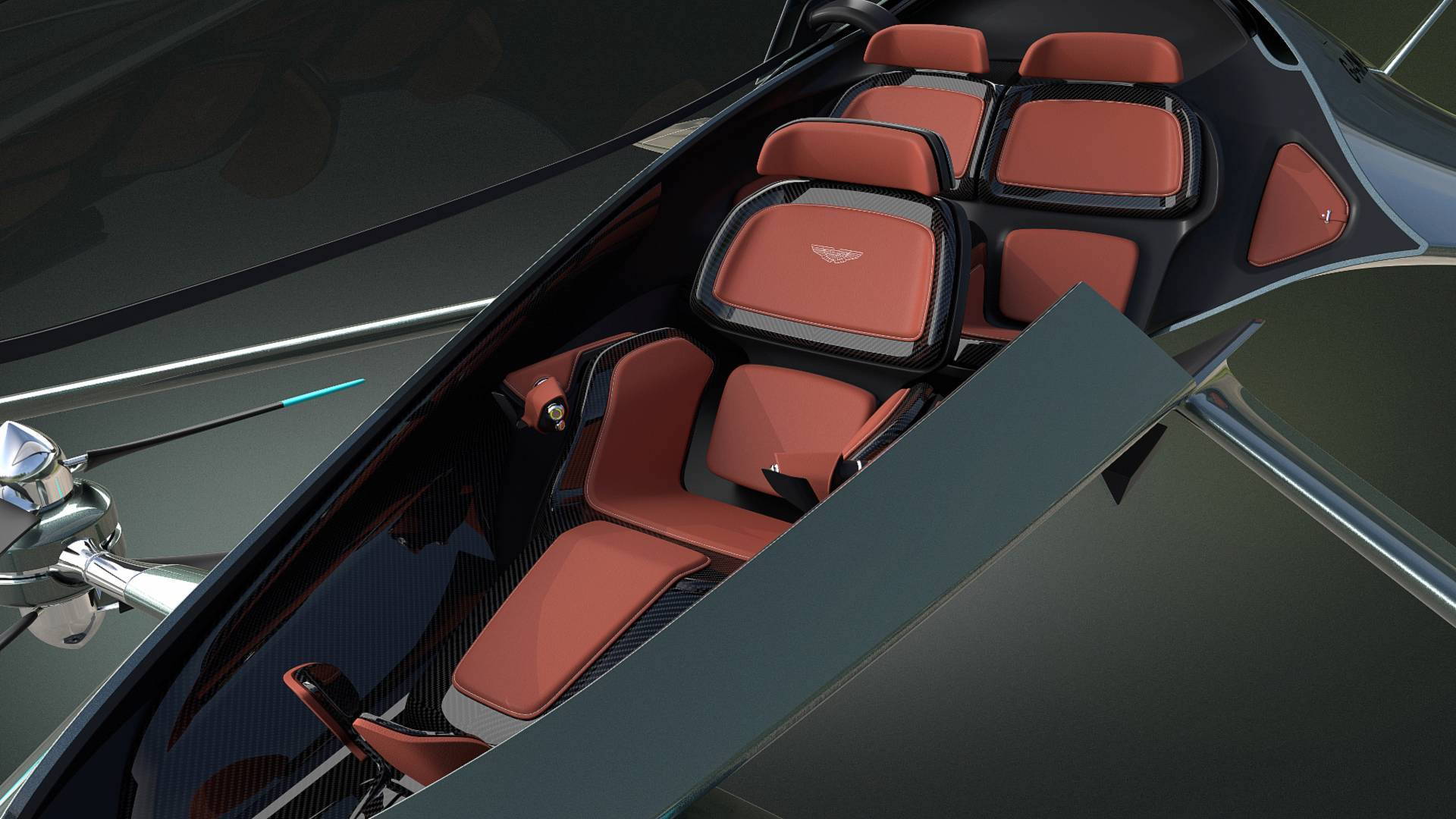 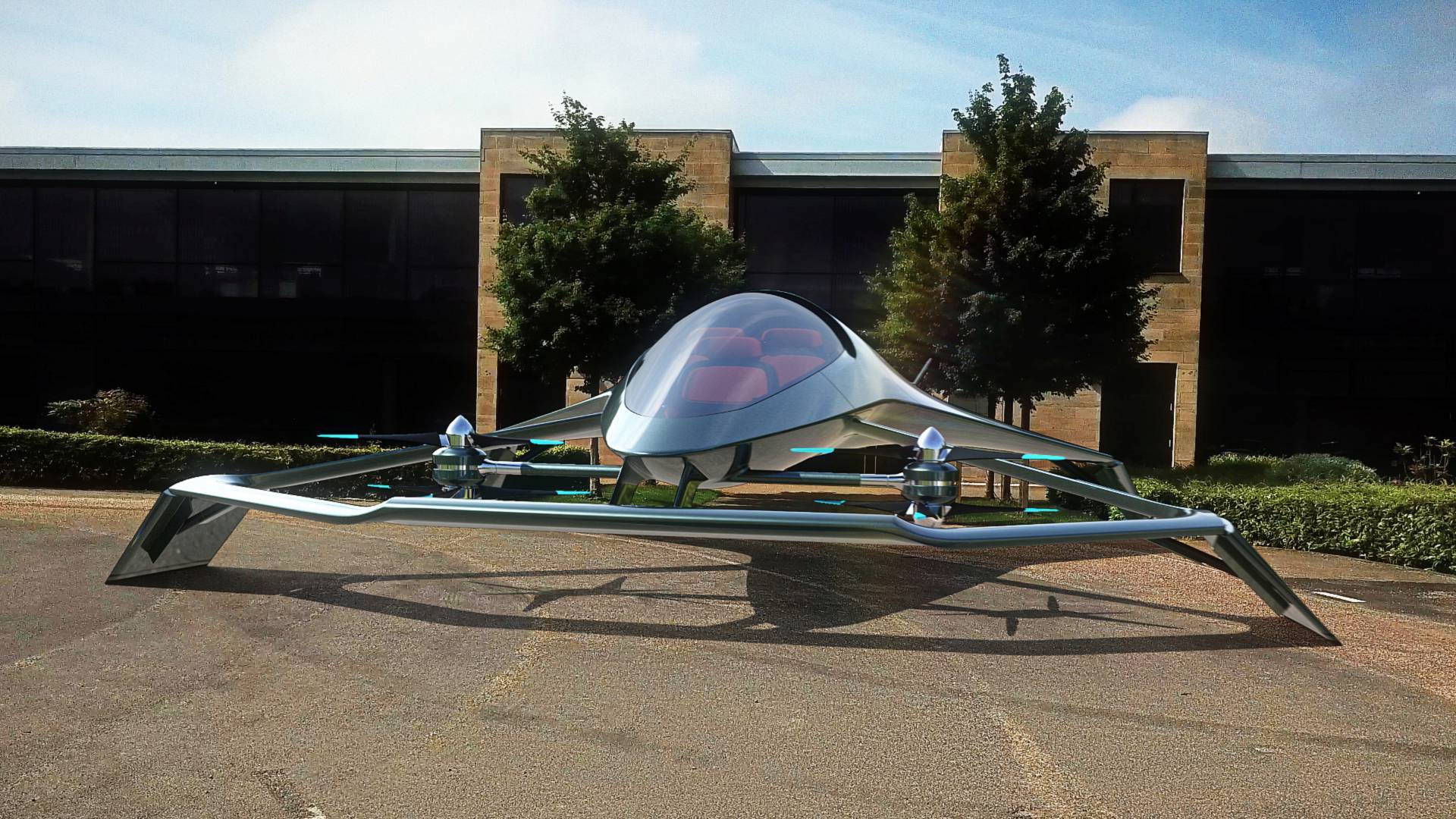 Aston Martin specializes in building luxury cars, but it recently entered into a partnership to design a submarine. For its next act, the company has taken to the skies. On Monday, Aston Martin revealed the Volante Vision Concept, a vertical take-off and landing (VTOL) vehicle.

The British luxury brand partnered with Cranfield University, Cranfield Aerospace Solutions, and Rolls-Royce to design the luxurious flying taxi concept and hone the company's trademark design ethos for a VTOL. The vehicle type continues as a fixation for numerous companies racing to build flying taxis to reimagine inner-city travel.

While most companies in the emerging future transportation space imagine rather bare VTOLs, Aston Martin's Volante Vision is exquisite. The shape echoes elements of the Valkyrie hypercar, while the finest materials cover the cockpit, which has room for three passengers. The Volante Vision Concept previews a VTOL with a hybrid-electric powertrain provided by Rolls-Royce, though the details of the components have not been provided. Aston Martin also declared the finished product would have self-flying capabilities.

"We need to look at alternative solutions to reduce congestion, cut pollution, and improve mobility. Air travel will be a crucial part in the future of transportation. The Volante Vision Concept is the ultimate luxury mobility solution," Aston Martin CEO Andy Palmer said.

Cranfield University and Cranfield Aerospace Solutions (CAeS) is working to incorporate autonomous and security technologies, and the goal is to eventually serve as a steward for personal transportation in the sky. CAeS CEO Paul Hutton imagines the company as the vanguard for the aerospace industry.

At this point, the Volante Vision Concept is just that, a concept. The next step is to work on the engineering and technical development, and all the companies involved want to create a flying full-size demonstrator prototype.

We may or may not ever see a production version, and we're likely nowhere near a time when VTOLs can freely zip across cities to bypass congested streets. However, the concept might drum up excitement as Aston Martin potentially prepares for an initial public offering. The company is estimated to be worth as much as $7 billion.