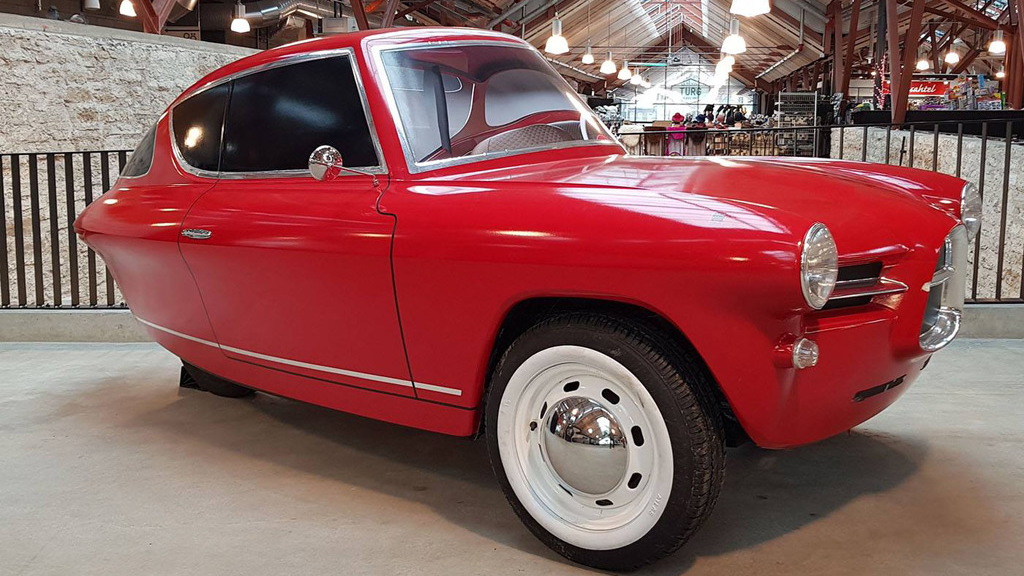 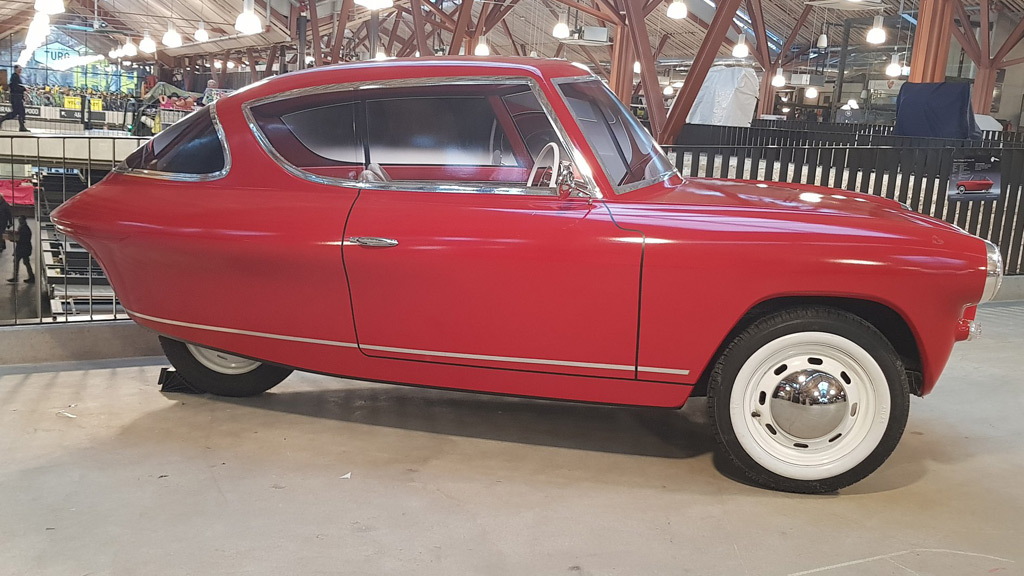 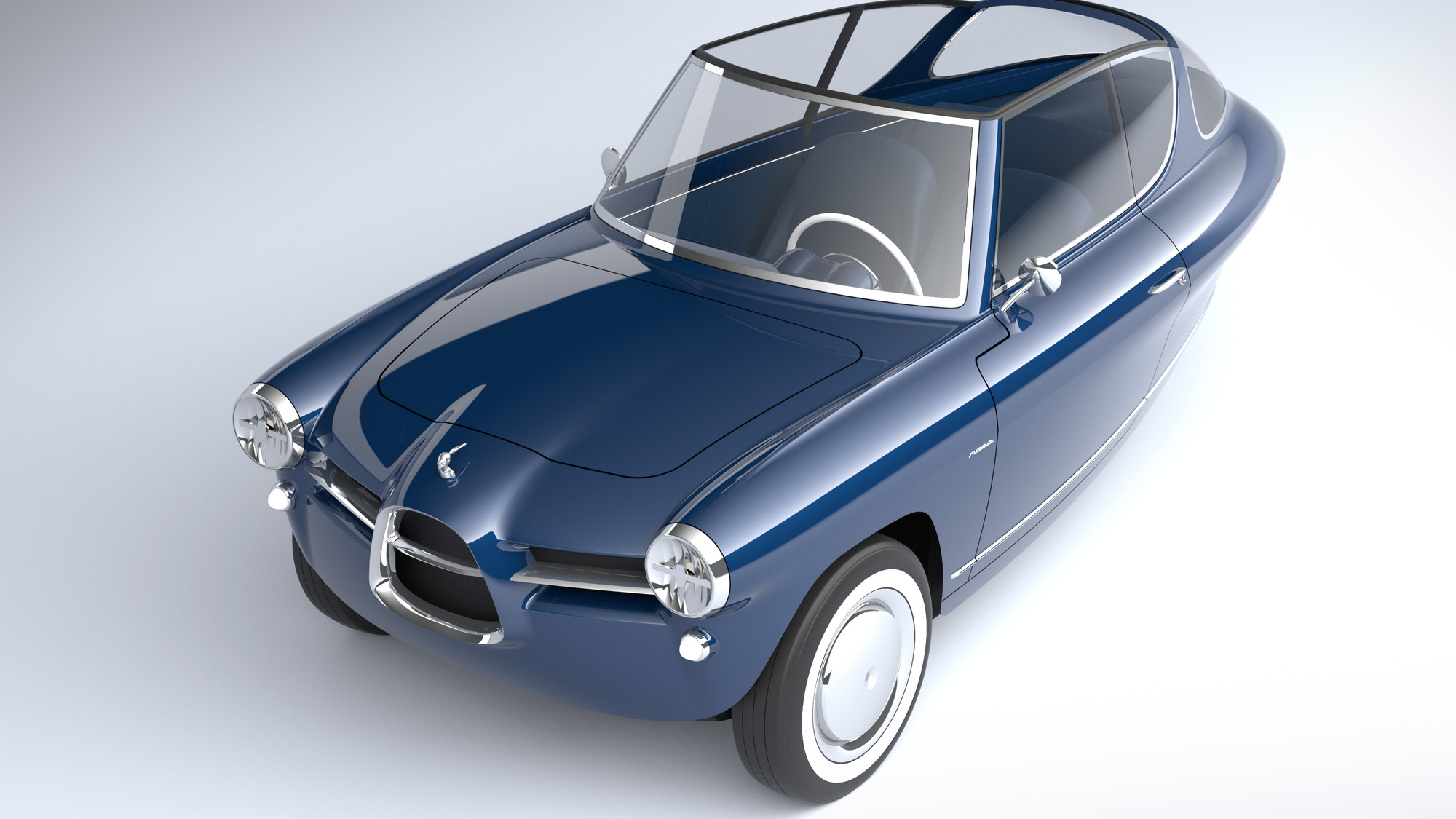 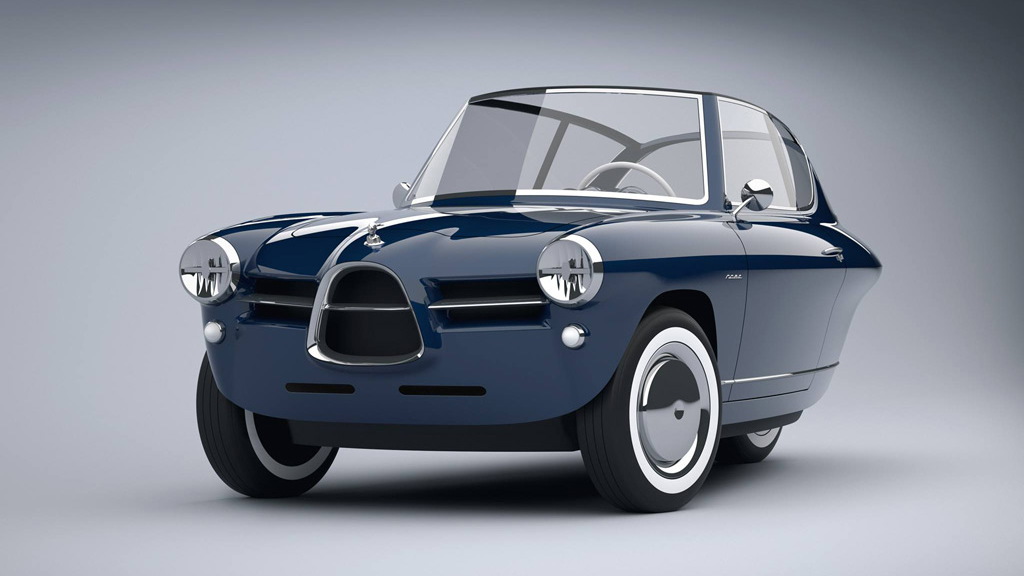 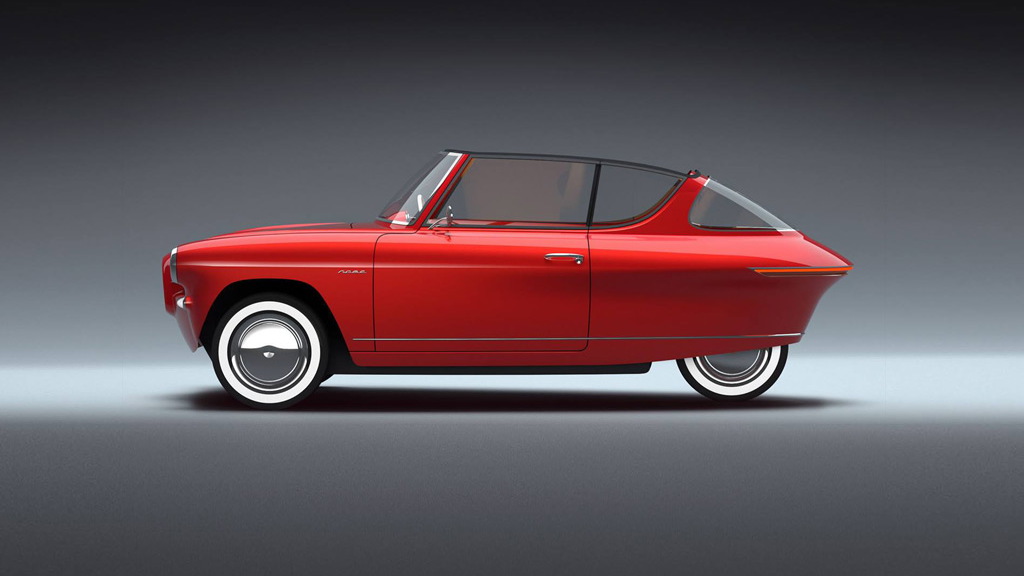 Nobe is an Estonian startup company that wants to bring its rather adorable electric car to market. It's called the Nobe 100, and it sports three wheels and a vintage bubble-car look. Nobe revealed the 100 last week and said it hopes to raise $1 million to put the car into production through crowdfunding.

A video accompanying the announcement shares the designers' hopes with the tiny electric car: put a smile on drivers and onlookers' faces much like the original Volkswagen Beetle. While the exterior design is absolutely a subtle nod to the past, the interior isn't hiding its retro inspiration. The cockpit features two large analog gauges, slim window pillars, a metal dashboard, and an ultra-thin steering wheel. The little Nobe 100 will come with three seats.

As for the powertrain, the Estonian company wants to include three electric motors (one to drive each wheel) delivering a combined 60 horsepower. The range target is currently 100 miles, which is more than adequate for city driving where the Nobe 100 is most suited. A main battery will provide juice for the motors, while a second removable battery will run the lights, heat, and radio.

There's no guarantee the Nobe 100 will reach production, but for the sake of quirky electric cars, we sure hope it does.