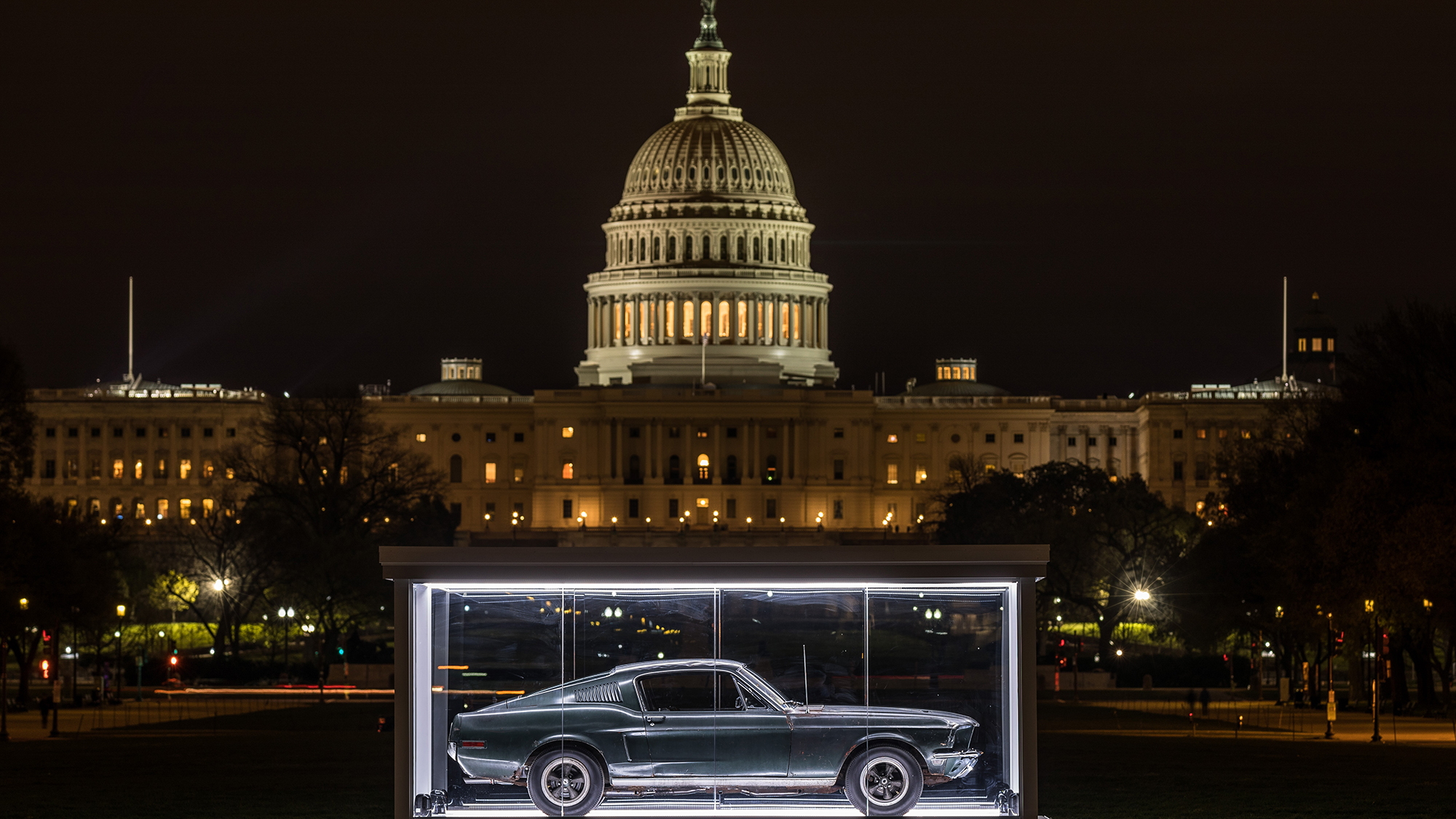 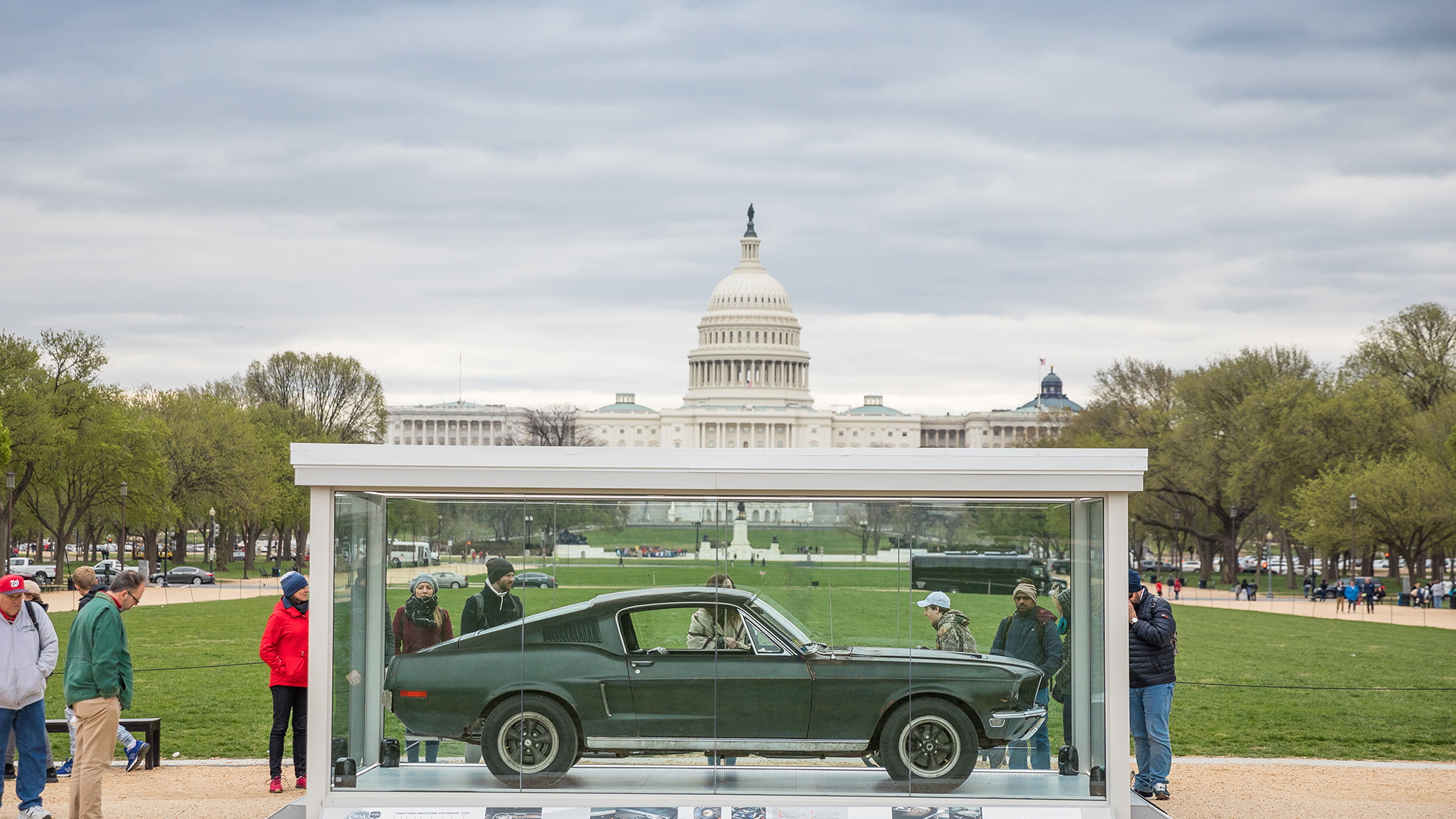 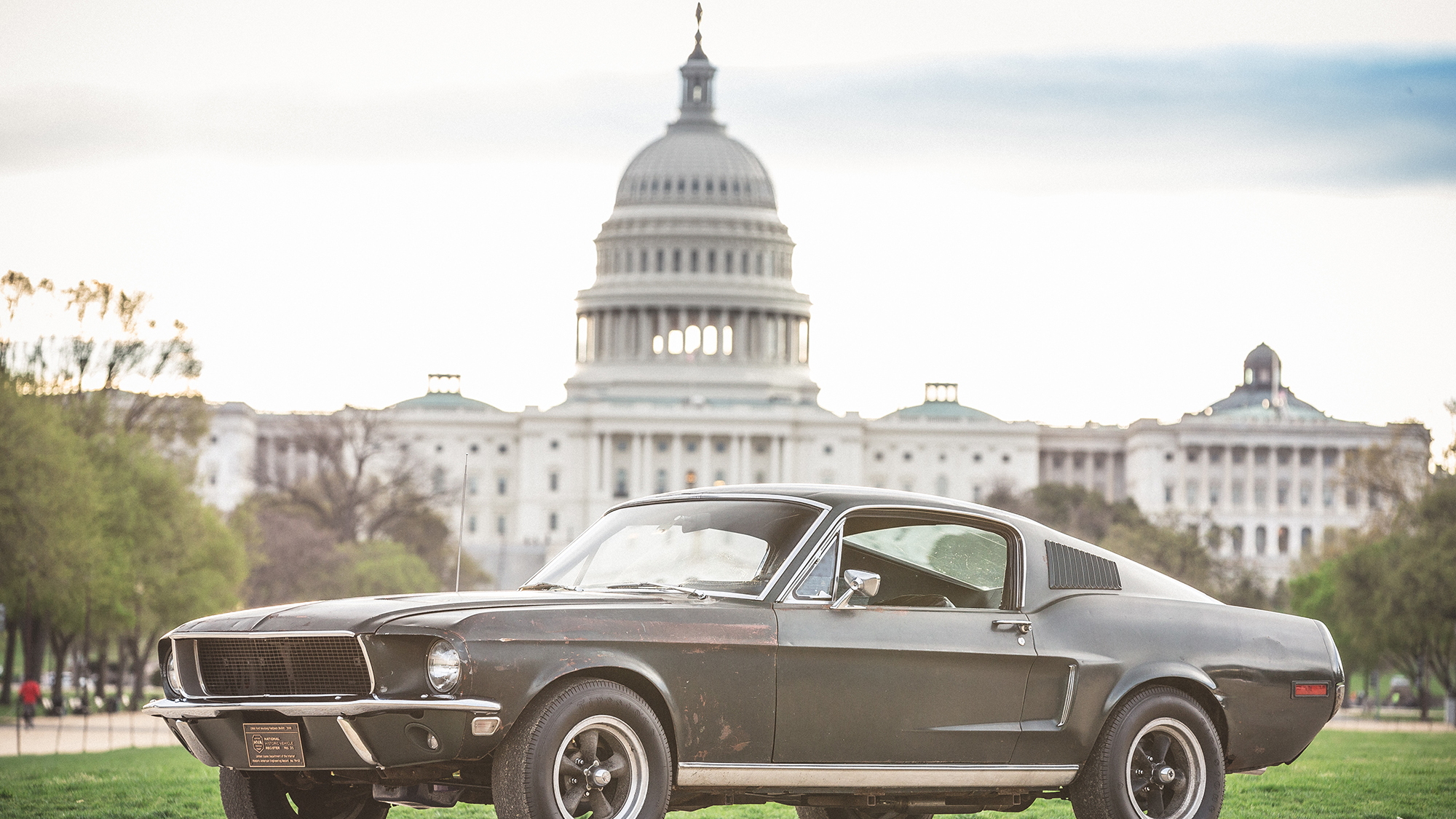 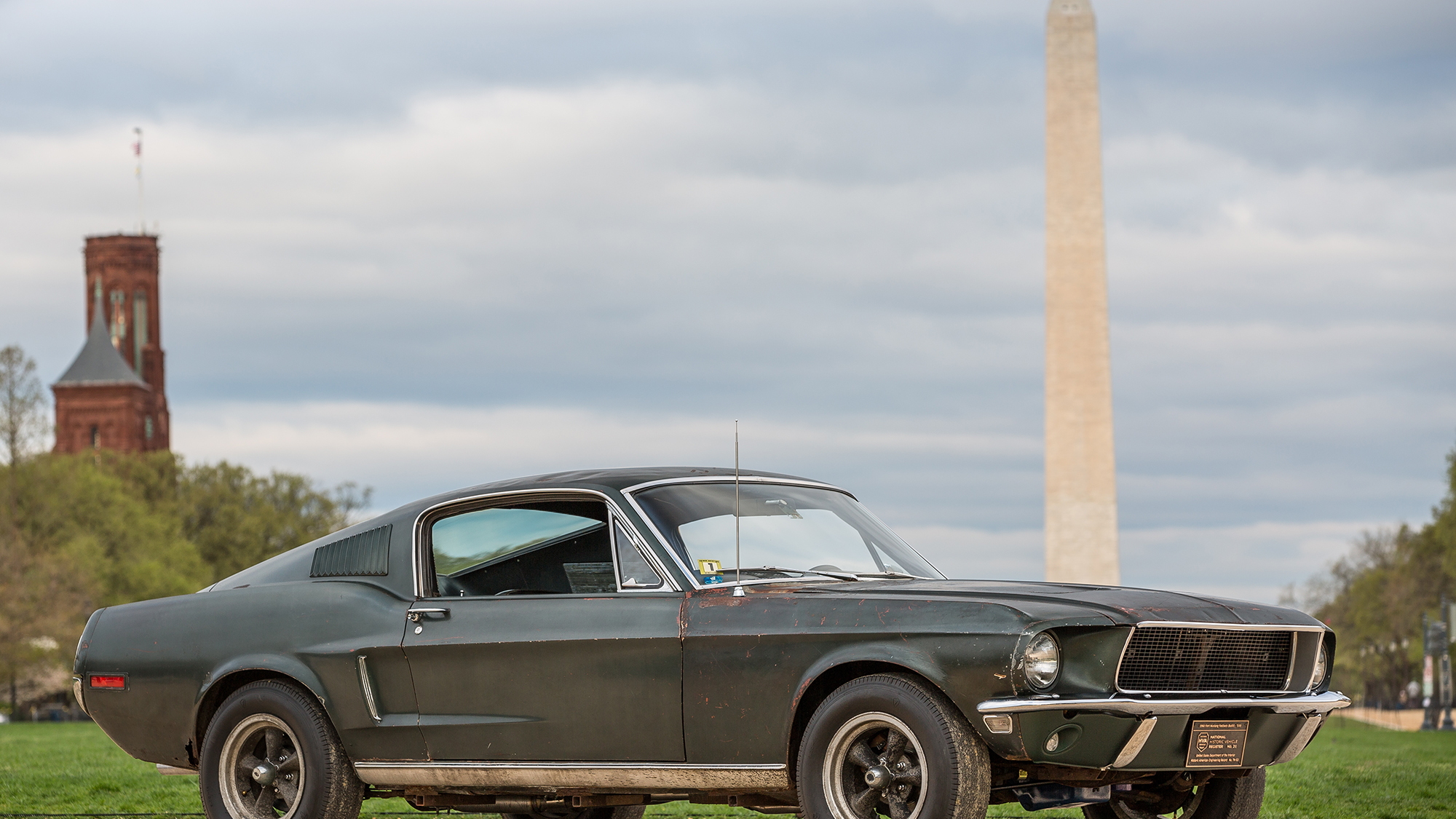 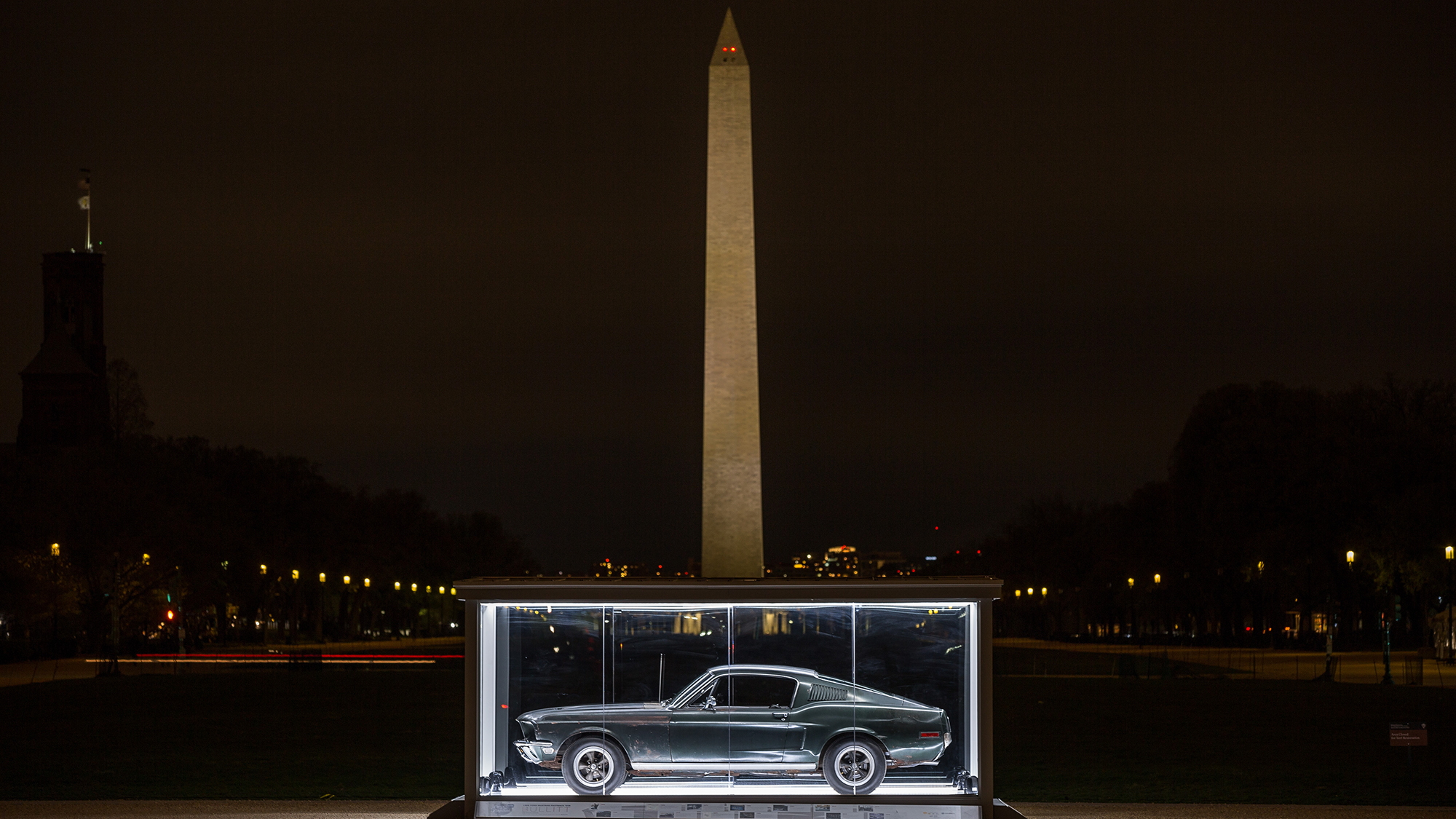 If you're a fan of Steve McQueen and the 1968 film "Bullitt," you have a soft spot in your heart for a certain Highland Green machine. The 1968 Ford Mustang used during filming was recently found and now it has returned to the spotlight. It's getting an even bigger light cast its way because the original film-used car is on display at the National Mall in Washington, D.C.

You'd better get a move on if you want to look for yourself. From now through April 23rd, the original Bullitt Mustang is prominently on display in a glass "garage" in our nation's capital.

“To see the Bullitt under glass within steps of the Smithsonian museums, the Lincoln Memorial and the Washington Monument is a fitting tribute to automobiles that have transcended utility to become truly iconic examples of America’s culture,” said Carl Widmann, Ford Mustang chief engineer.

The car also recently received another honor. It was inducted into the National Historic Vehicle Register, which brings the total vehicle count in this crew up to 24.

Many fans of the film and the car itself long feared that the McQueen-driven Mustang was lost to time, forgotten in a junkyard, crushed and turned into scrap, or simply left rotting in a barn. Mustang hunters could never locate the car. That changed when Sean Kiernan linked up with Ford ahead of the reveal of the 2019 Mustang Bullitt at the 2018 Detroit auto show.

Sean's father, Robert Kiernan, Jr., purchased the car back in 1974. He paid $6,000 for it, and that investment decades prior is worth millions of dollars today. The plan was never to keep the car a secret, but life gets in the way and project cars wind up sitting dormant.

Kiernan contacted Ford two years ago about the possibility of authenticating and restoring the car. Instead the car sits in its original condition, and that may make it more valuable. It has camera mounts welded underneath, a Warner Bros. parking lot sticker, and, per McQueen's request, the backup lights are removed.

Once considered a lost relic, this 1968 Ford Mustang has returned to the limelight.

Er, maybe the Highland Green light? Either way, you shouldn't miss a chance to see it up close in D.C.