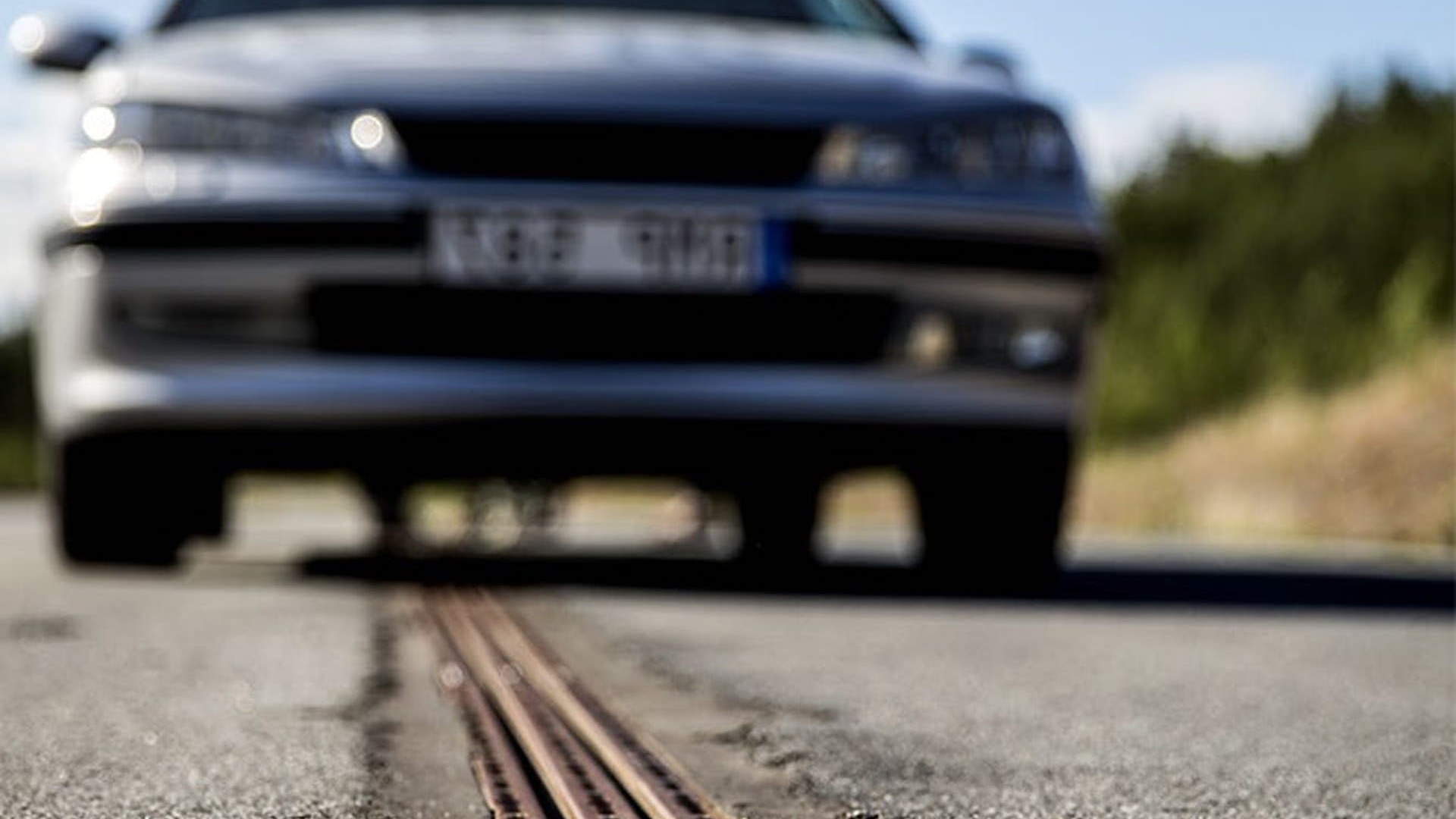 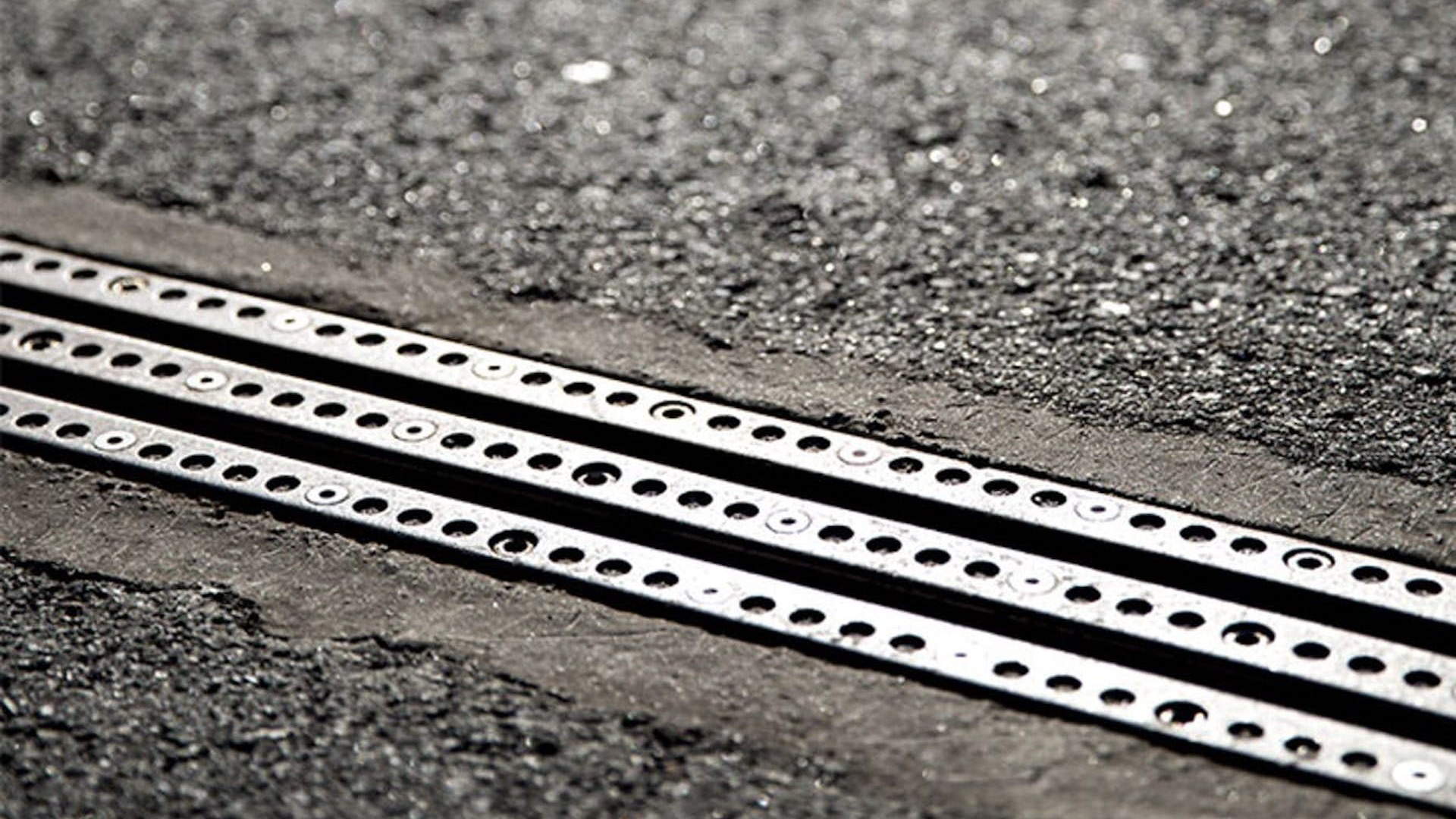 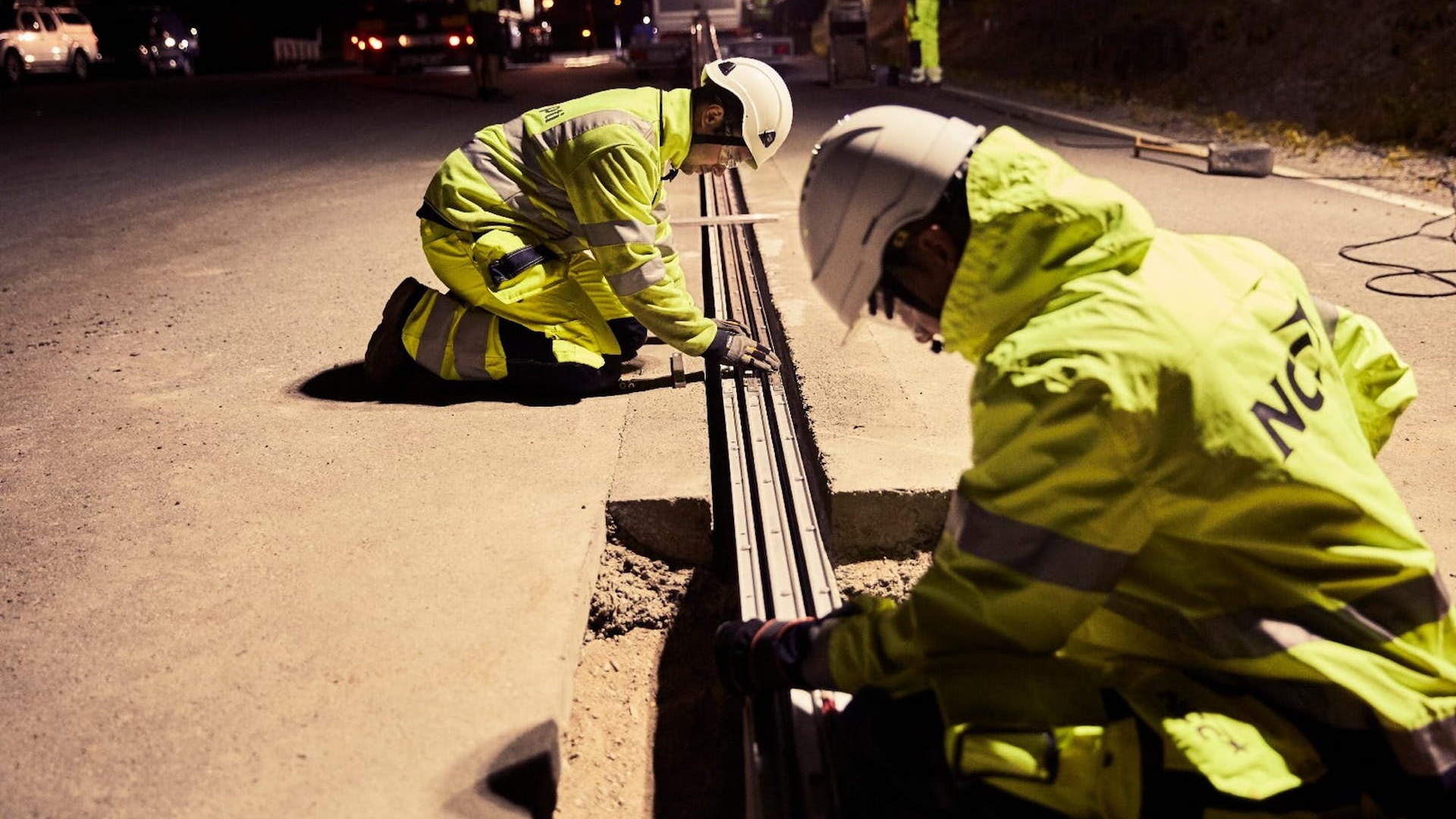 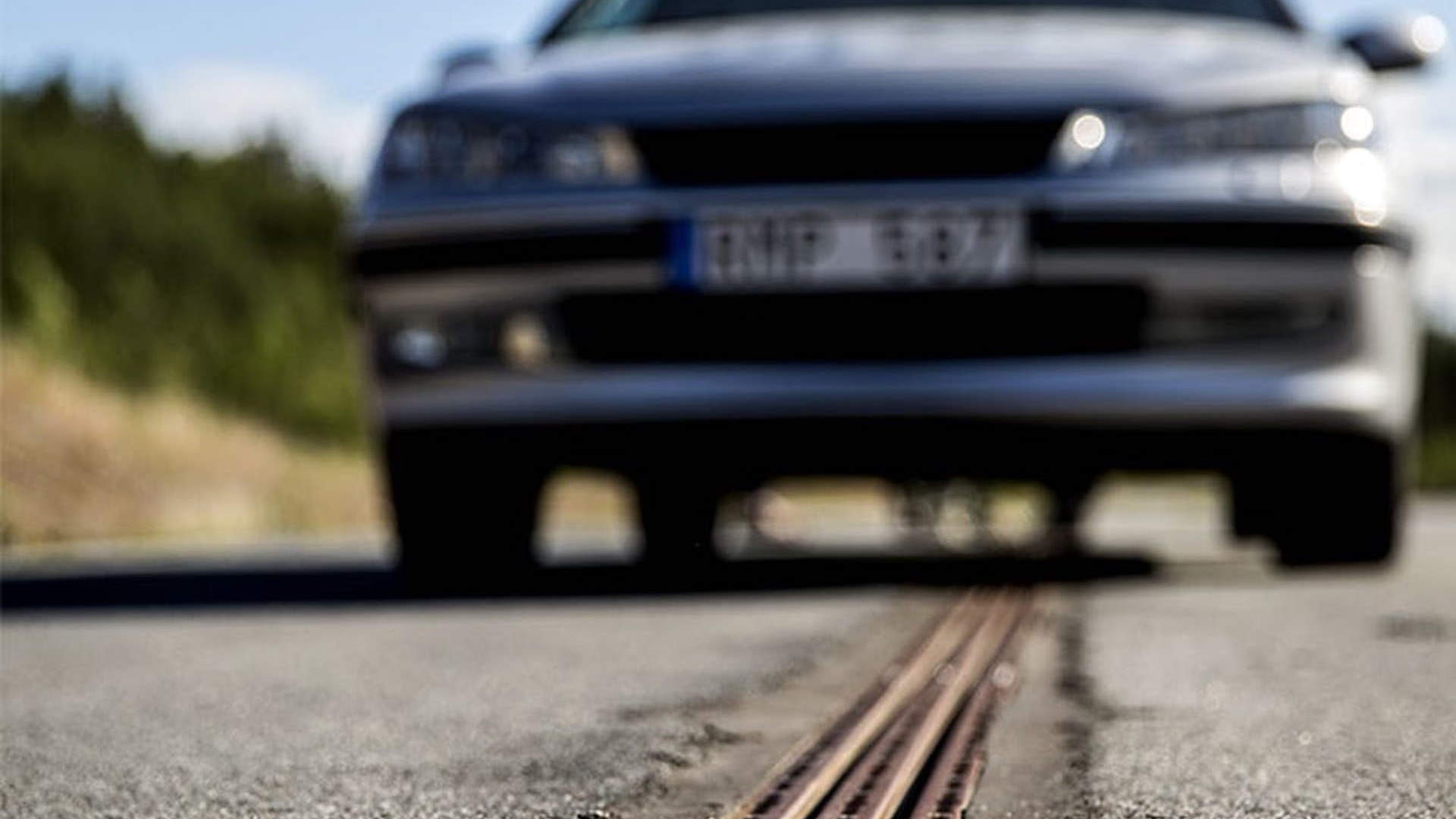 Oh, the joys of racing slot cars as a child. The simple concept employed toy cars racing in cutout grooves within a track, while electricity runs to power them. The Swedes have taken the basic concept and almost literally built a real-life solution for electric-car charging.

The Swedish Transporation Agency opened a 1.2-mile stretch of road dubbed the eRoadArlanda. It takes the slot-car concept and brings it to life with electric rails embedded into the pavement to power vehicles. Any vehicle traveling over the road features a contact arm to connect to the power source. The project's goal is not to place the engineering emphasis solely on larger batteries to produce longer ranges, but extend the distance an electric car can travel with today's technology.

The eRoadArlanda stretches between the Stockholm Arlanda airport and the Rosersberg logistics site. There, a modified PostNord mail truck will be the first to travel across it after years of private testing. Engineers seem to have baked in every failsafe thinkable, too. Rain and water won't be an issue with proper drainage systems in place, while the contact arms have been designed to specifically sweep water and debris away to not interfere with the energy current.

As for the contact arm itself, it's retractable and sensors tell the arm when to deploy so it's not simply hanging out when the electric tracks aren't around. No need to worry about potential shocks, either; the surface is earthed and the conductor is buried deep within.

And it's not the first time the Swedes have thought outside the box and brought in a rather basic idea to solve electric car charging. The country also opened up a 1.2-mile stretch of highway, called the e-way, that features power lines above to provide electricity. Modified semis connect to the line like a cable car via a pantograph power collector mounted on the truck's frame.

With the eRoad, Sweden hopes to provide another solution to wean the country off of fossil fuels. While charging infrastructure continues to grow and stations become more efficient, future eRoads could provide the extra juice needed to keep electric vehicles going longer.