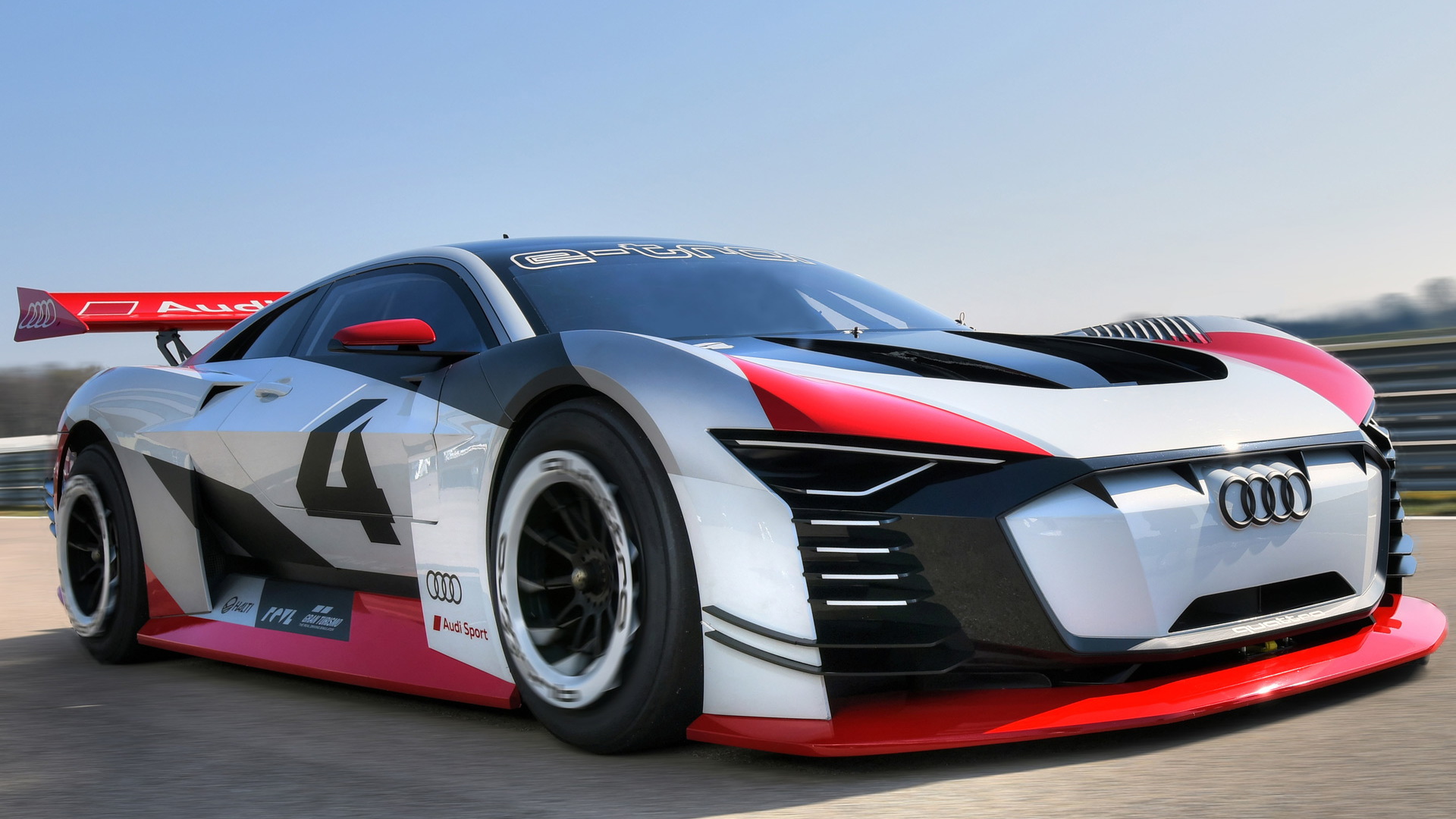 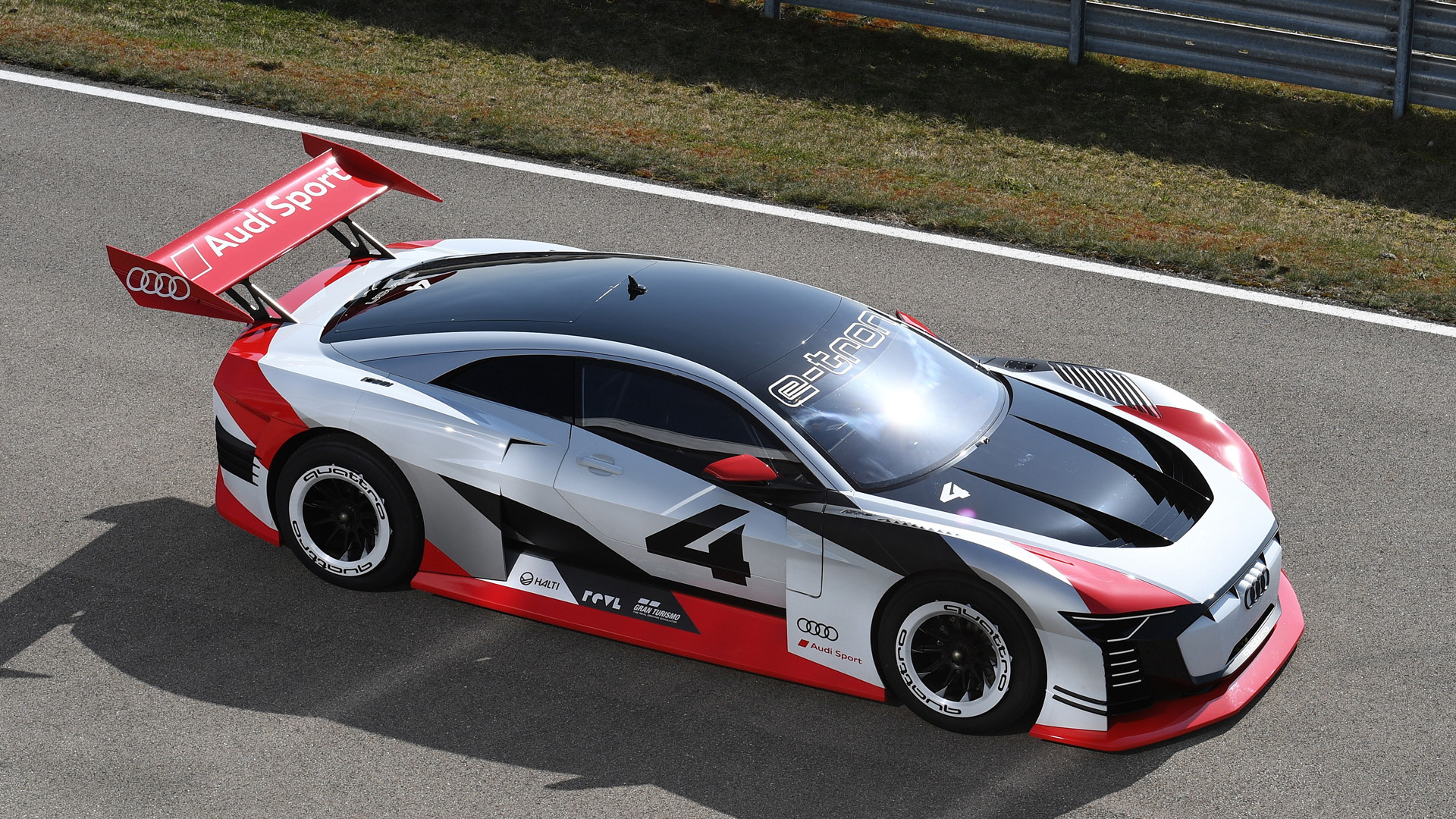 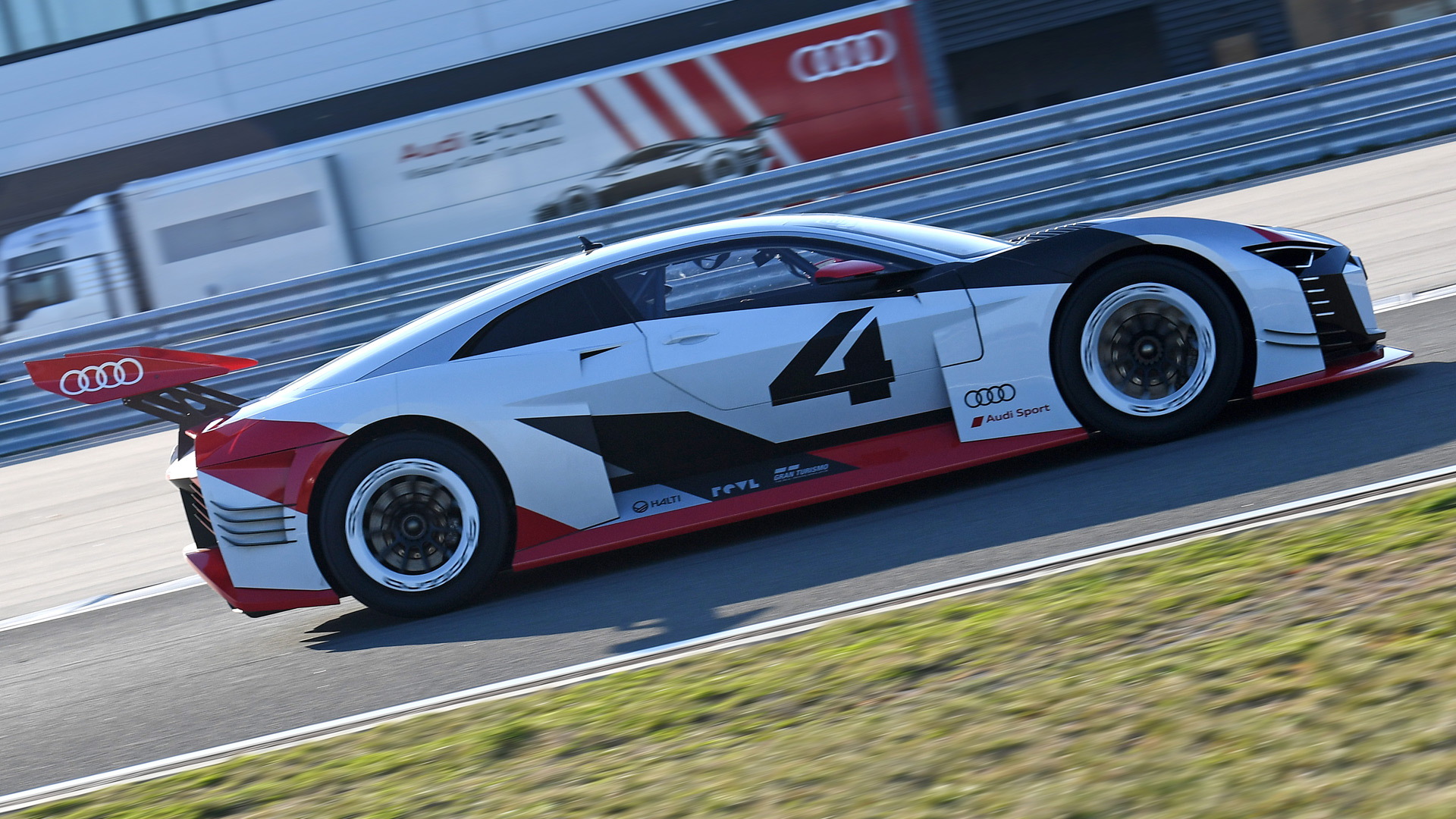 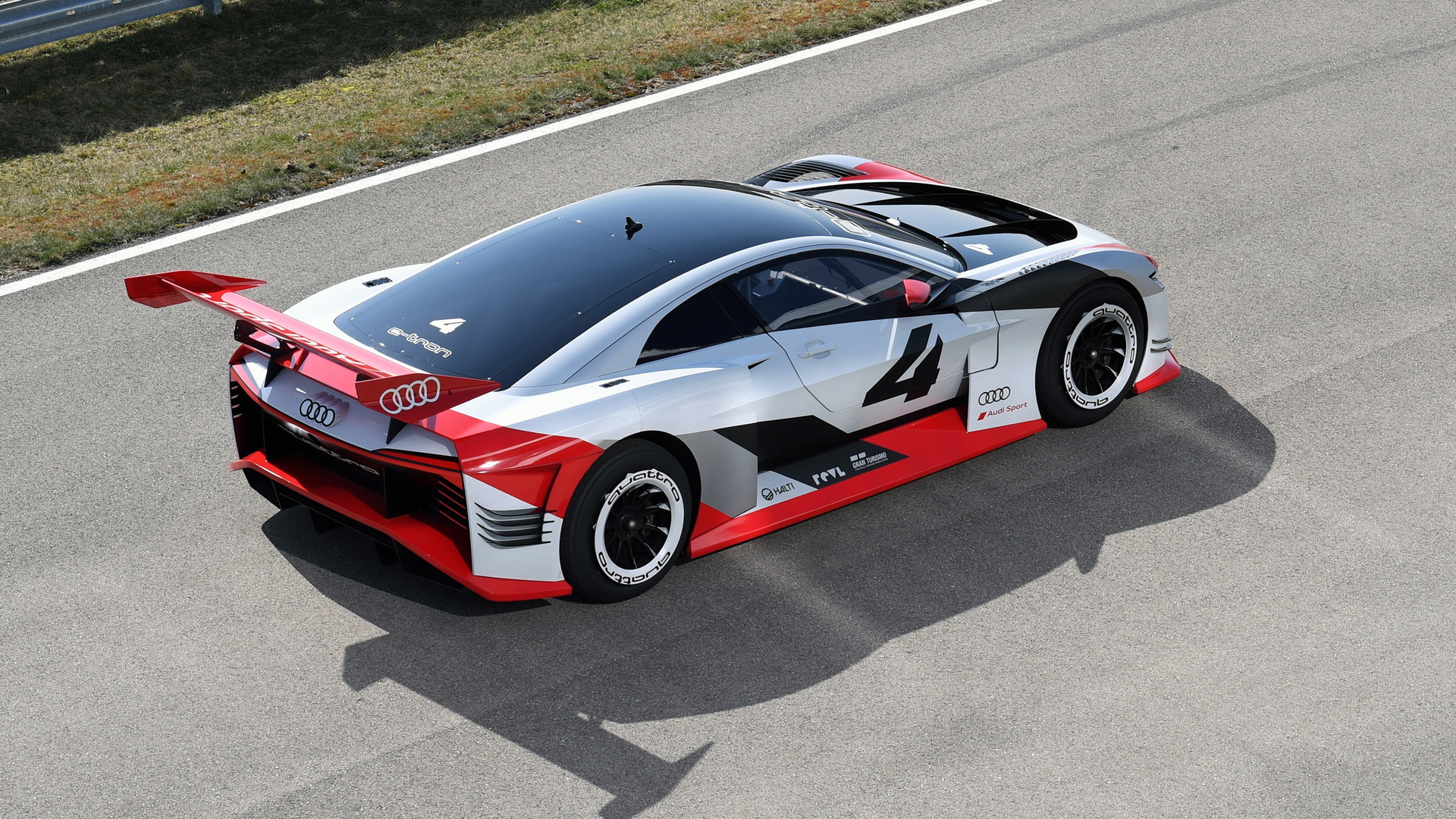 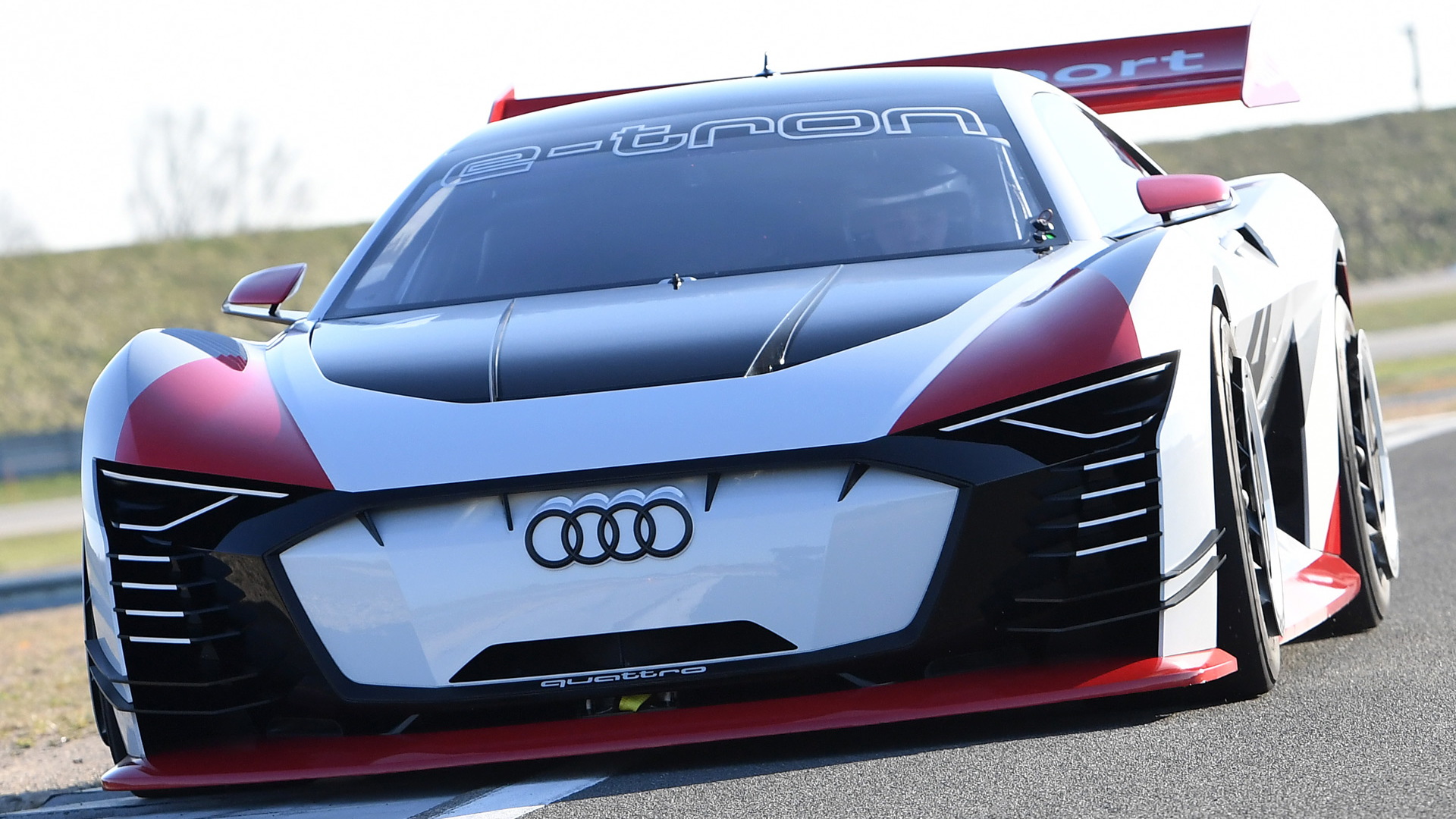 It's been more than four years since the first Vision Gran Turismo concept was rolled out but there's still no end in sight. The cars are the result of a challenge put out by the makers of the “Gran Turismo” video game to see which design team could come up with the best-looking grand touring car.

The latest comes from Audi, and unlike some of the concepts of the past, which were only based in the virtual world, the Audi will be turned into a real car that will do duty as a race taxi for the Formula E Championship.

The concept is called the e-tron Vision Gran Turismo, and it's an electric coupe whose body features a design inspired by Audi's 90 IMSA GTO race car of the late 1980s—right down to its white, red and gray livery.

There's nothing nostalgic about the powertrain, however. It consists of three electric motors (two at the rear and one at the front) with a combined output of 804 horsepower, and it has to power a vehicle that weighs only about 3,200 pounds. The result is a 0-60 mph time of less than 2.5 seconds. Note, a detuned version of this powertrain will power the e-tron electric SUV due later this year.

The e-tron Vision Gran Turismo race taxi will be deployed at all European rounds of the 2018/2019 Formula E season plus a few other other events in 2018, with loyal customers to be invited for a ride. At the wheel will either be ex-DTM driver Rahel Frey or ex-Le Mans driver Dindo Capello. The first stop will be the Rome ePrix this weekend.

Of course, the concept will also feature in the latest version of the “Gran Turismo” video game on Sony's PlayStation.