The K900 luxury sedan may not be Kia’s flagship for the long haul.

Orth Hedrick, the product planner charged with plotting out Kia’s roadmap in the U.S., called a K900-based crossover “a natural thing.”

Hedrick stopped well short of confirming a crossover SUV based on the K900’s longitudinal, rear-drive architecture but indicated the platform could work.

“The components are there,” Hedrick said. “We don’t have anything in the plans yet, but we certainly could. All the rolling stock is there.”

With its Telluride concept that debuted at the 2016 Detroit auto show, Kia floated the idea of a crossover larger than its Sorento. At the time, the automaker was silent about its platform.

The 2019 K900 will come standard with all-wheel drive and a 3.3-liter twin-turbo V-6. Its platform is closely related to the one under the Genesis G80 and G90 and it’s likely to be shared with the upcoming Genesis GV80 crossover. 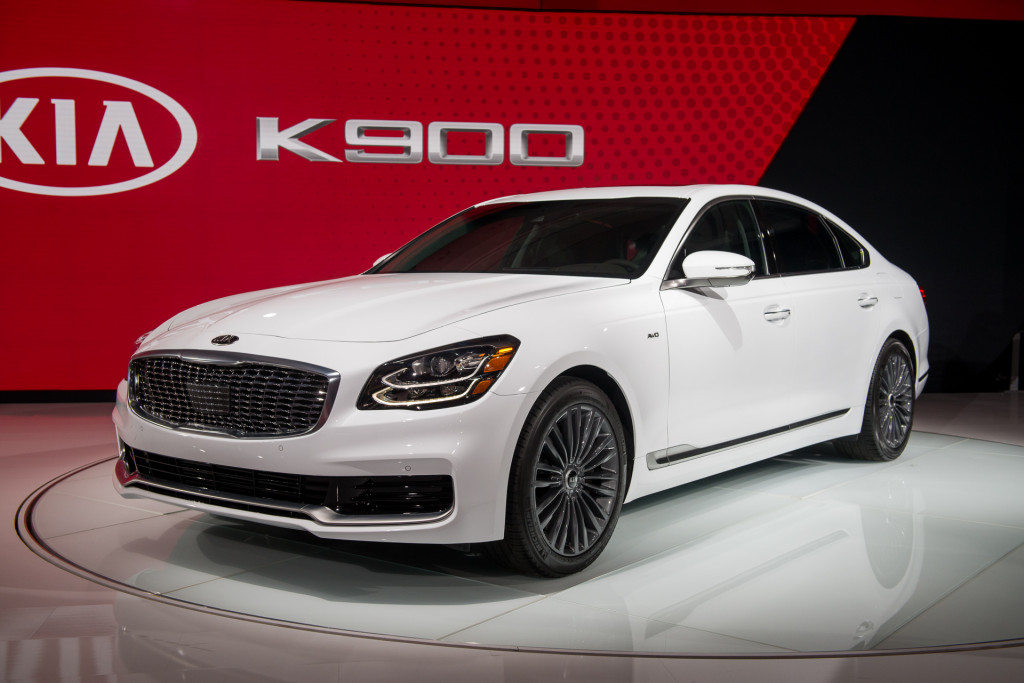 Hedrick hinted that a K900-based Kia crossover could compete at a more mass-market level than Genesis.

“There’s the Lincoln Aviator and then there will be the Ford Explorer,” Hedrick said, without elaborating further.

Asked why Kia chose to give the K900 a second try in the U.S. after the first model’s dismal sales, Hedrick said that Kia is “not a one and done kind of company.”

“And it has a platform we can build off of,” he added.

“For us, we just don’t have (an off-road heritage),” Hedrick said, shrugging off the short-lived Kia Borrego. “All-wheel drive is about confidence-building for our buyers and the ability to depend on the vehicle for any situation.”