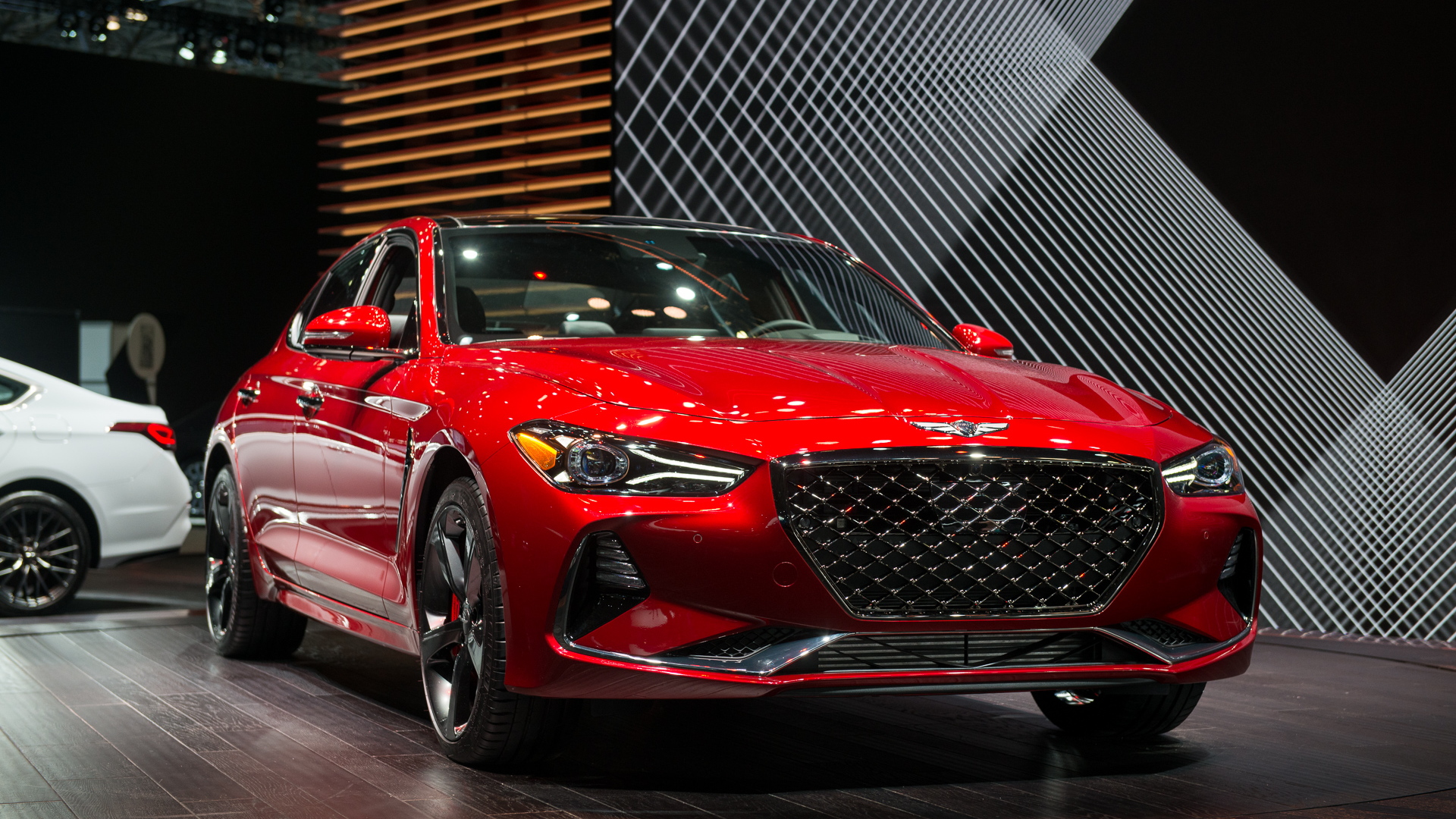 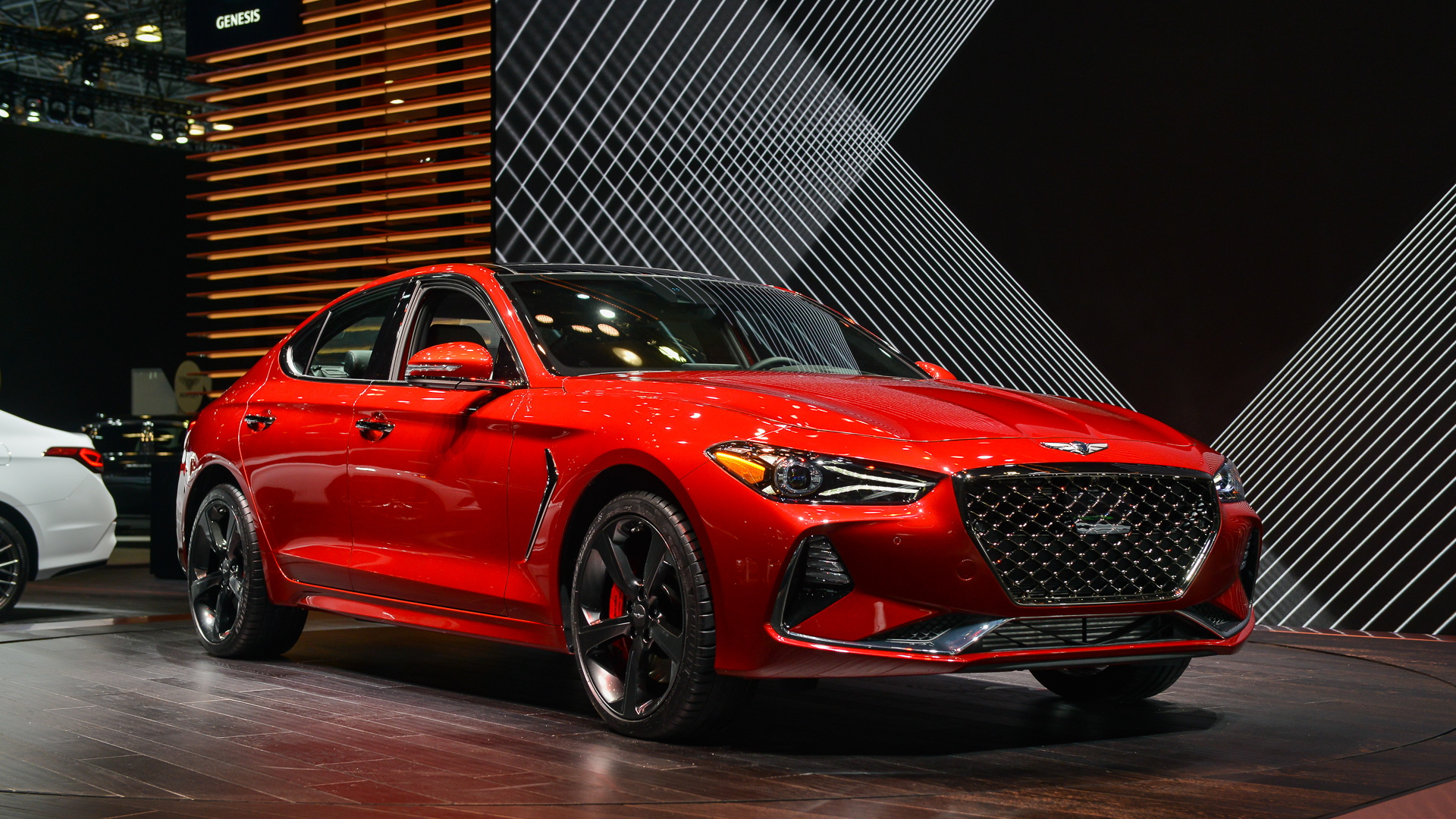 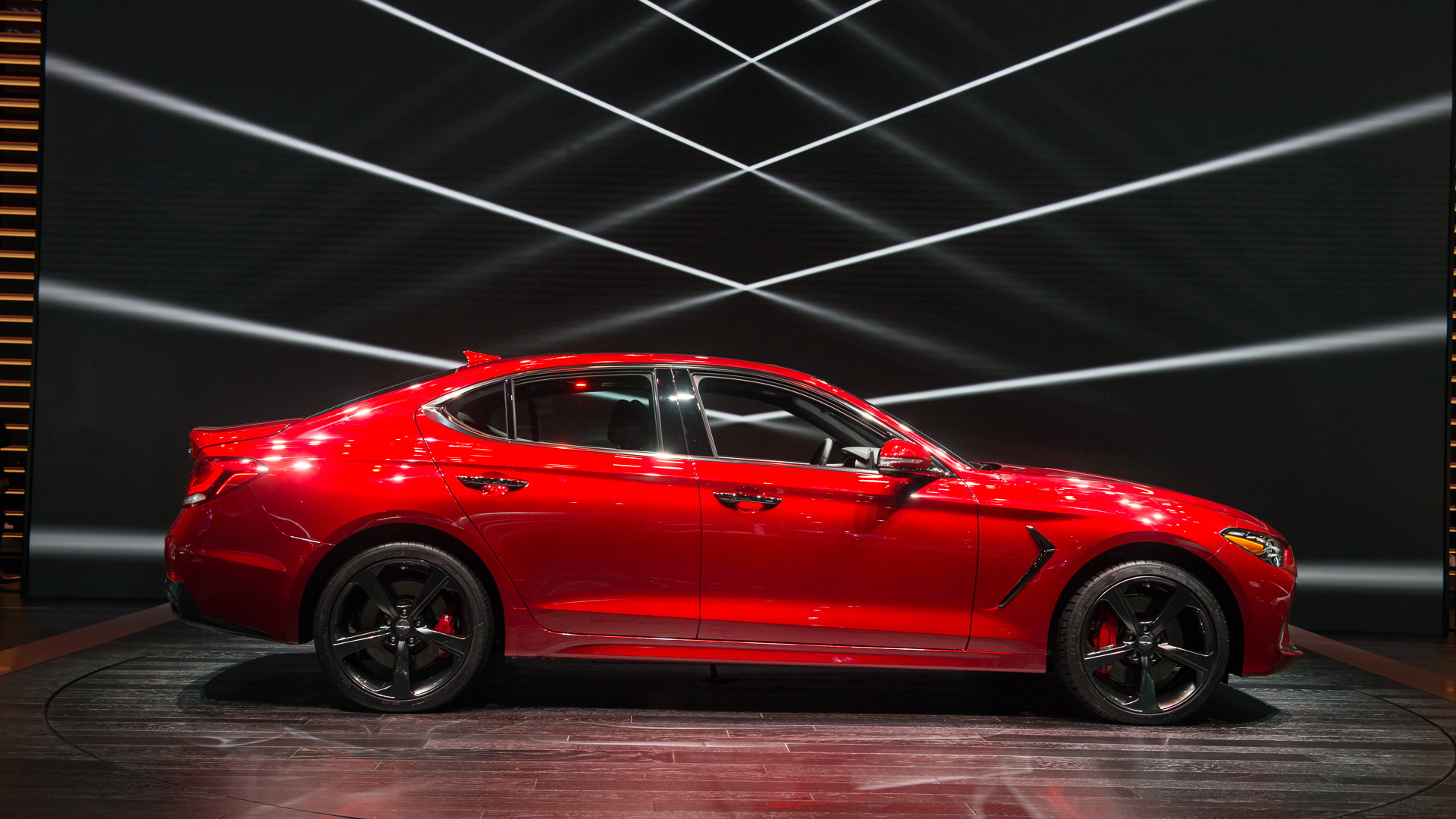 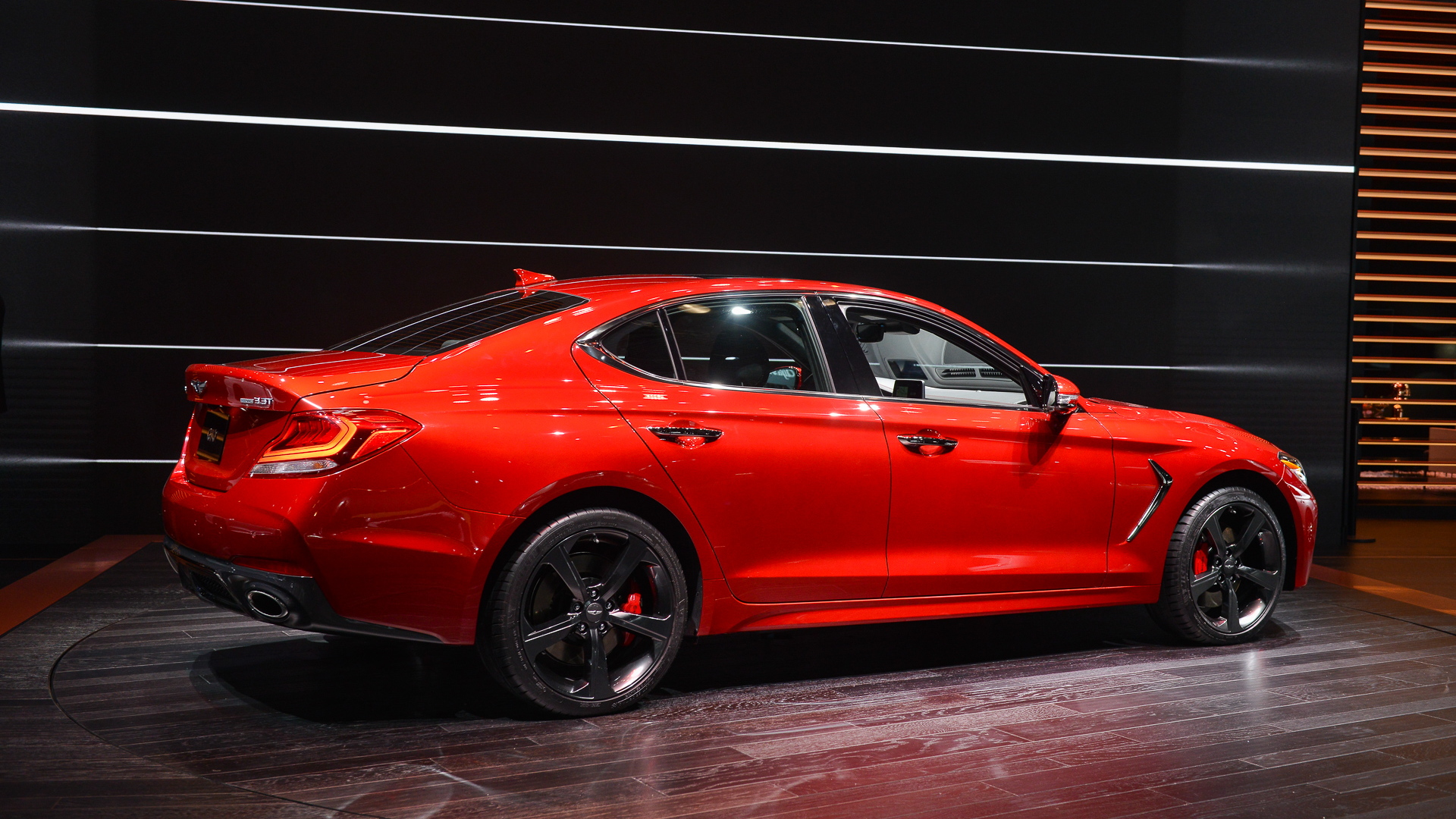 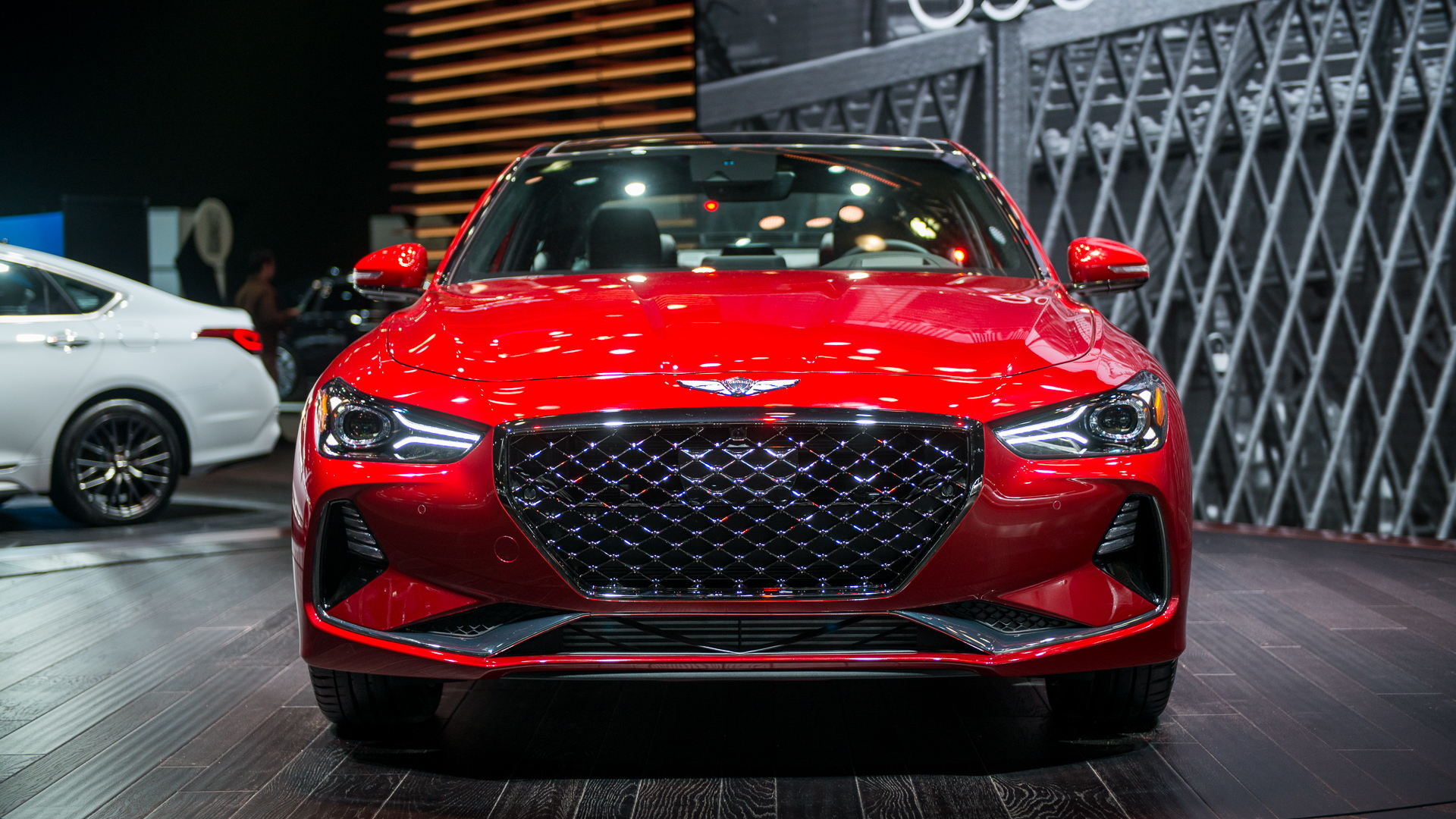 The Genesis G70 is a luxury sport compact sedan, the kind you’d expect from another brand. It’s rear-wheel drive, big power, manual transmission—but is it too late?

The small four-door takes some running gear from the Kia Stinger, including a 252-horsepower, 2.0-liter turbo-4 or a 365-horsepower 3.3-liter V-6. It gets an 8-speed automatic, but the Genesis has a trick: it’s also available with a 6-speed stick and rear-drive. That’s so BMW.

The G70 chops 3 inches from the Stinger’s wheelbase, and 6 inches from the overall length. Its backseat is more cramped than the Stinger, which we don’t understand. And aside from the long nose borrowed from the Kia, the G70 doesn’t take many styling cues either.

The Genesis wears its own clothes just fine. The nose is lower and more aggressively than the Stinger—and the rest of the Genesis lineup. Along the sides, there’s more curve to the G70’s gait, and the back gets a subtle decklid spoiler that cleans up nicely.

The interior is typical Genesis stuff—leather and soft surfaces everywhere. We don’t know how much the G70 will cost, but considering the rest of the lineup, it’ll come in at several hundred less than the BMW and Mercedes C-Class.

It’s not a luxury compact crossover, so we’re not sure how many people will notice. But with the G70, Genesis is taking on the big guys at a game they created. The G70 is a luxury sport compact that isn’t a shot across the Mercedes and BMW bow—it’s a shot up into it.