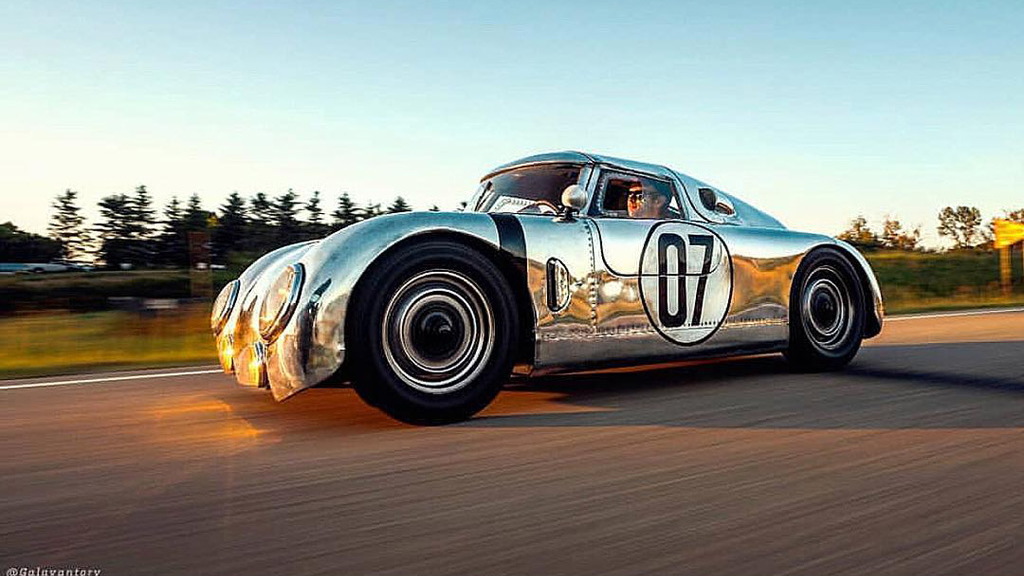 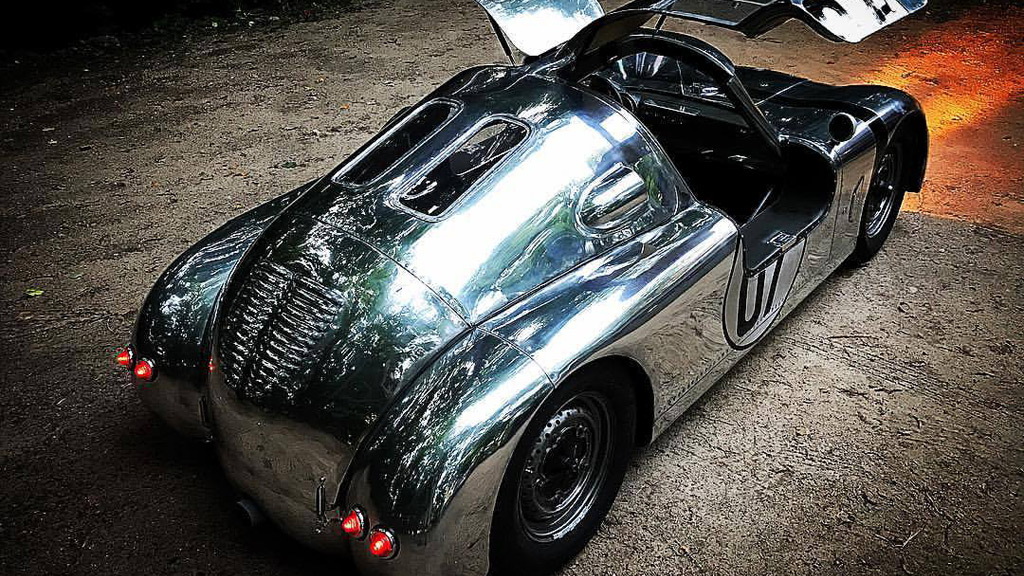 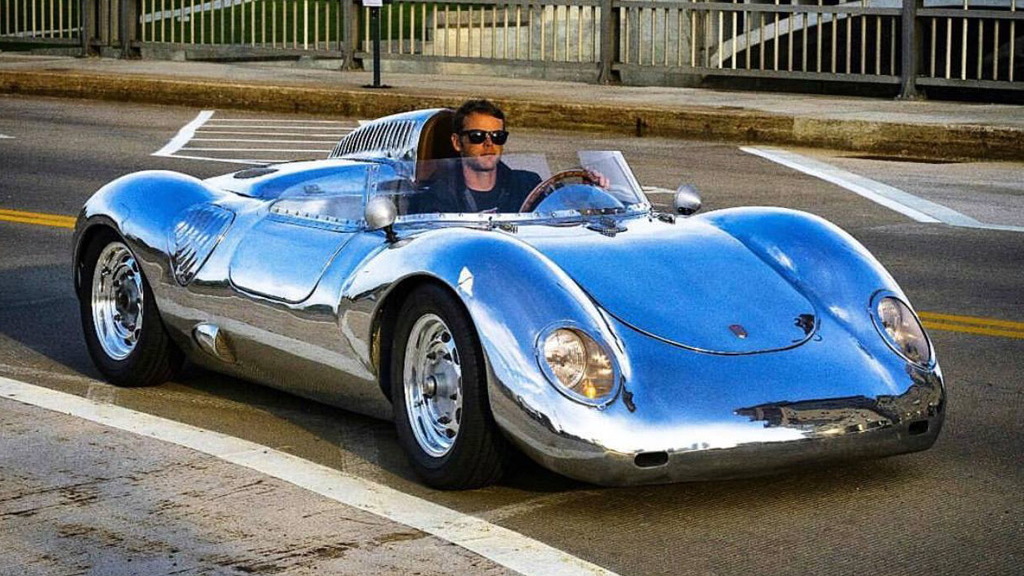 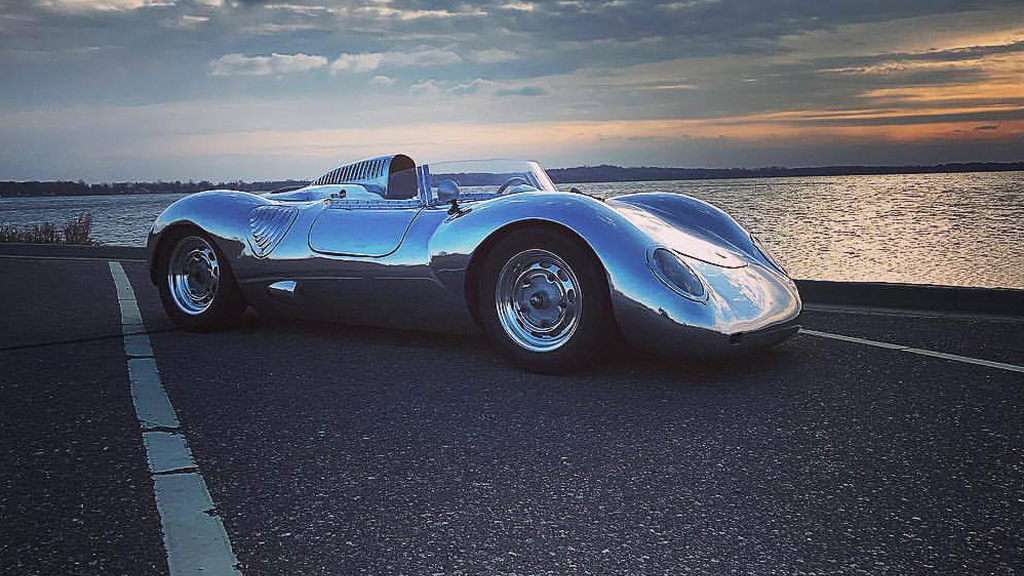 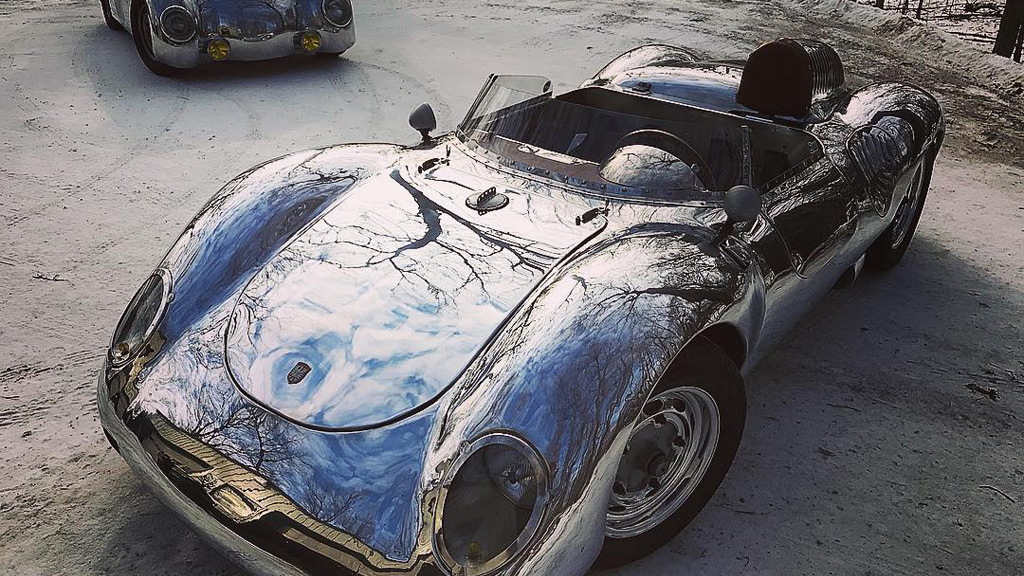 "We've got a $10,000 sound system right here," says Christoper Runge as he points towards the section of his car that houses the engine.

Who is Christopher Runge? He's the founder of Runge Cars, which jumped into the spotlight when its "Frankfurt Flyer" was revealed in 2012. That car's official title is FF001, and Runge has since hammered out nine more cars and is working on its tenth. Two of Runge's creations were recently packed up and transported over to Jay Leno's Garage for some time in front of the camera.

Hand-built cars can come in all shapes and sizes. You have the DIY crowd assembling their kit cars and replicas in their backyard workshops over the course of a few years. On the other end of the spectrum, you have Christopher Runge and his sculptural beauties. With his original Frankfurt Flyer, Runge shaped aluminum panels into his vision of the ultimate post-war Porsche.

That vision has evolved to feature new body designs. Car FF007 is a closed-in coupe fitted with gullwing doors, meanwhile FF006 "RS" is a spyder that features a different style than we've seen from Runge's vehicles. More akin to the Porsche RSK Spyder, the Runge RS boasts more dramatic fender lines and a shape closer to one we may have seen Porsche itself produce. Minus, perhaps, that beautiful hand-hammered aluminum bodywork that can be found in all of Runge's creations.

Christopher Runge takes Jay through his process, which involves starting with a drawing before moving onto a wooden buck. From there, the aluminum skin is hammered out and laid over the chassis. When it comes time to pick the mechanical bits, Runge draws heavily upon the Porsche parts bin. A Porsche 912 engine and 4-speed gearbox are bolted in place under the skin of the FF06. With a curb weight of just 1,240 pounds, its 115-horsepower engine has no problem providing open-air thrills.

As the attention turns to the Gullwing FF007, Jay makes an excellent point regarding the level of Runge's craftsmanship. It's immediately evident in the quality of the body lines with respect to those gullwing doors. What's more amazing is the fact that Runge is completely self taught. So his mid-engined FF007 coupe is quite an achievement. The raced-out Okrasa engine is producing about 105 horses, which is more than a fair jump over the original 40 hp it once produced.

He's clearly learned a lot. His cars are beautiful motoring proof of that. After taking a long look at each machine, Jay and Christopher head out for a drive in the FF07. The gleaming machine stands out against the standard automobiles on the streets around Jay's garage.

A supercar might do the same thing, but any exotic out there can't touch the style or hand-built love that comes with every Runge vehicle produced.