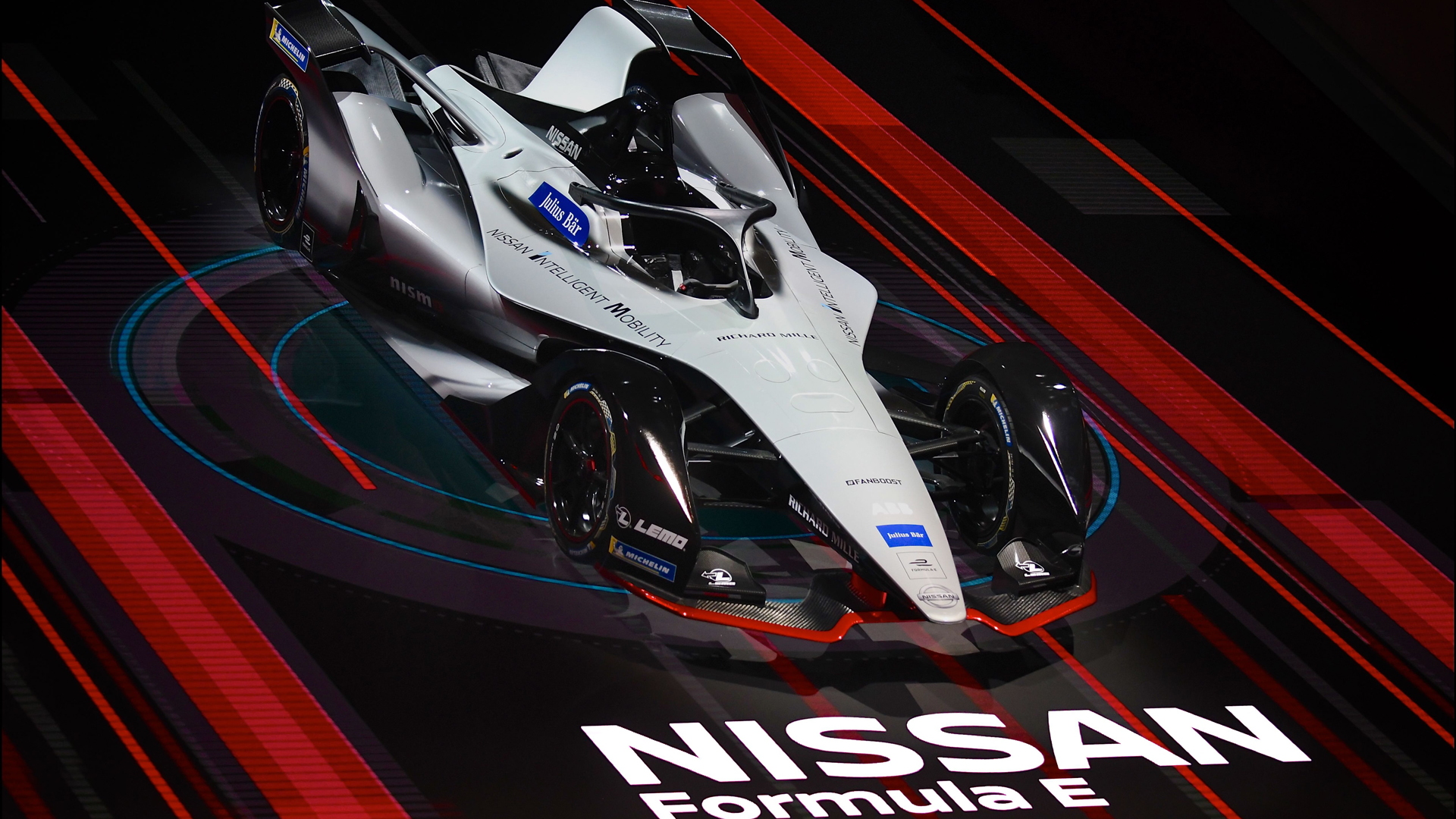 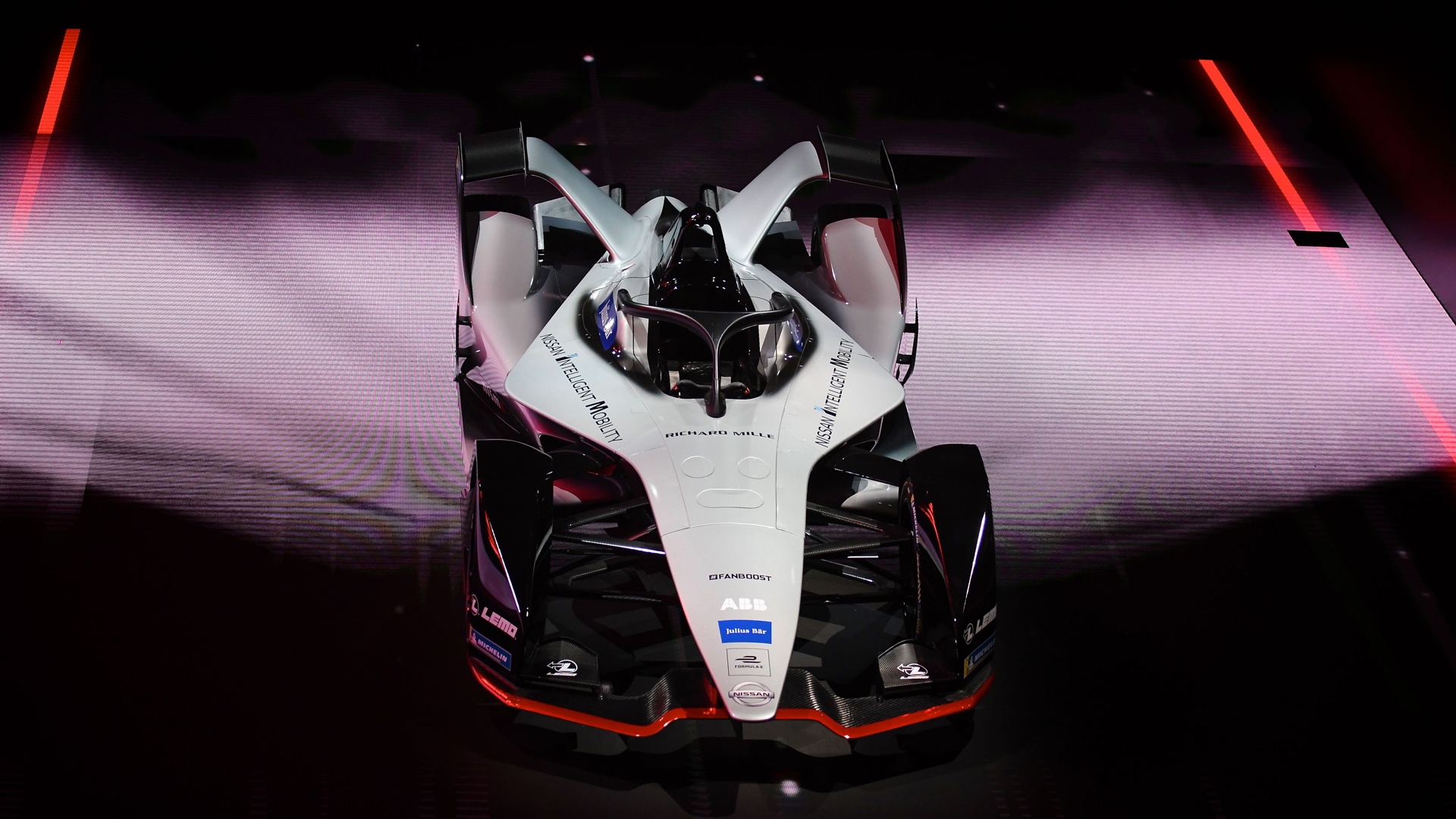 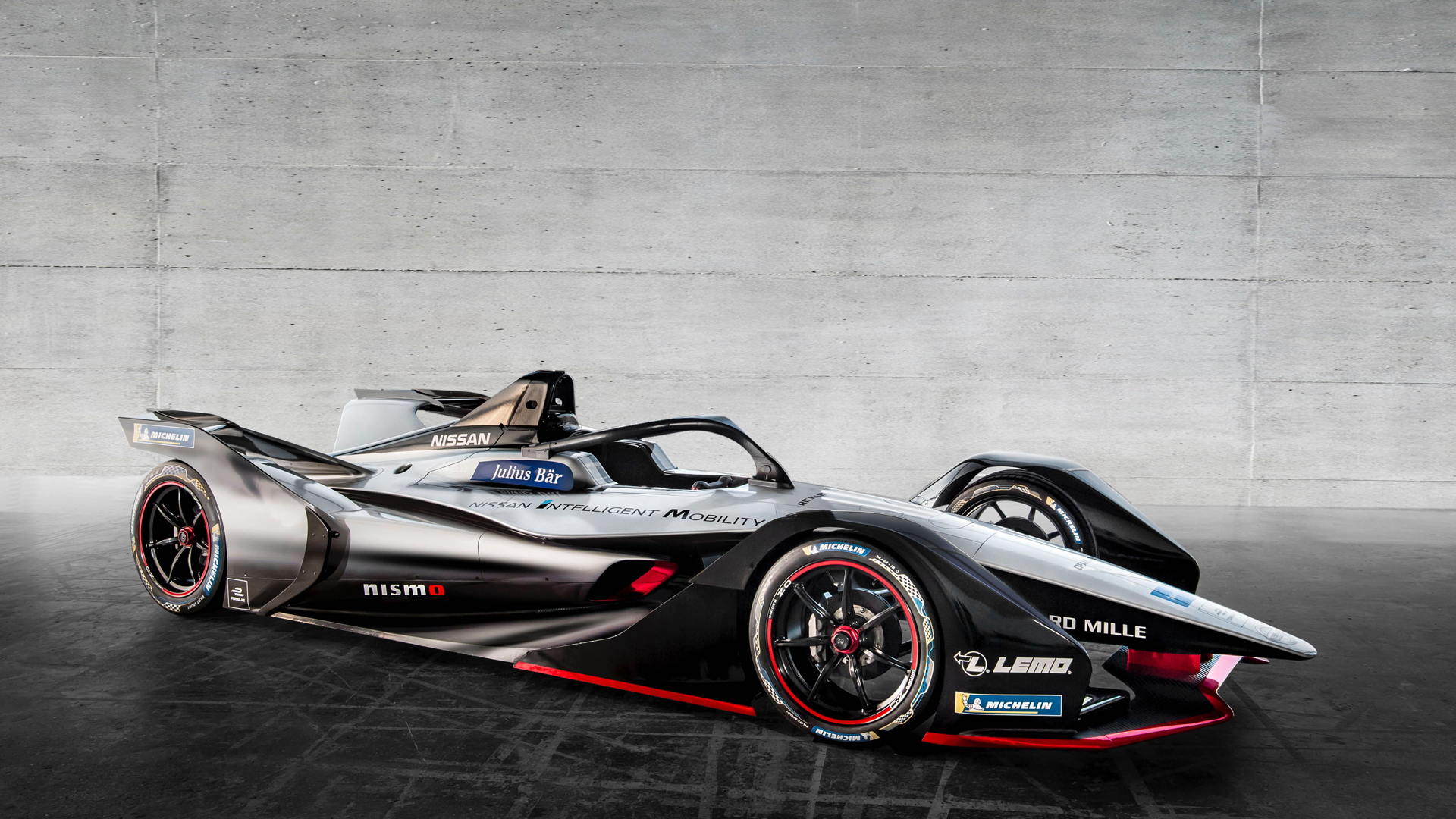 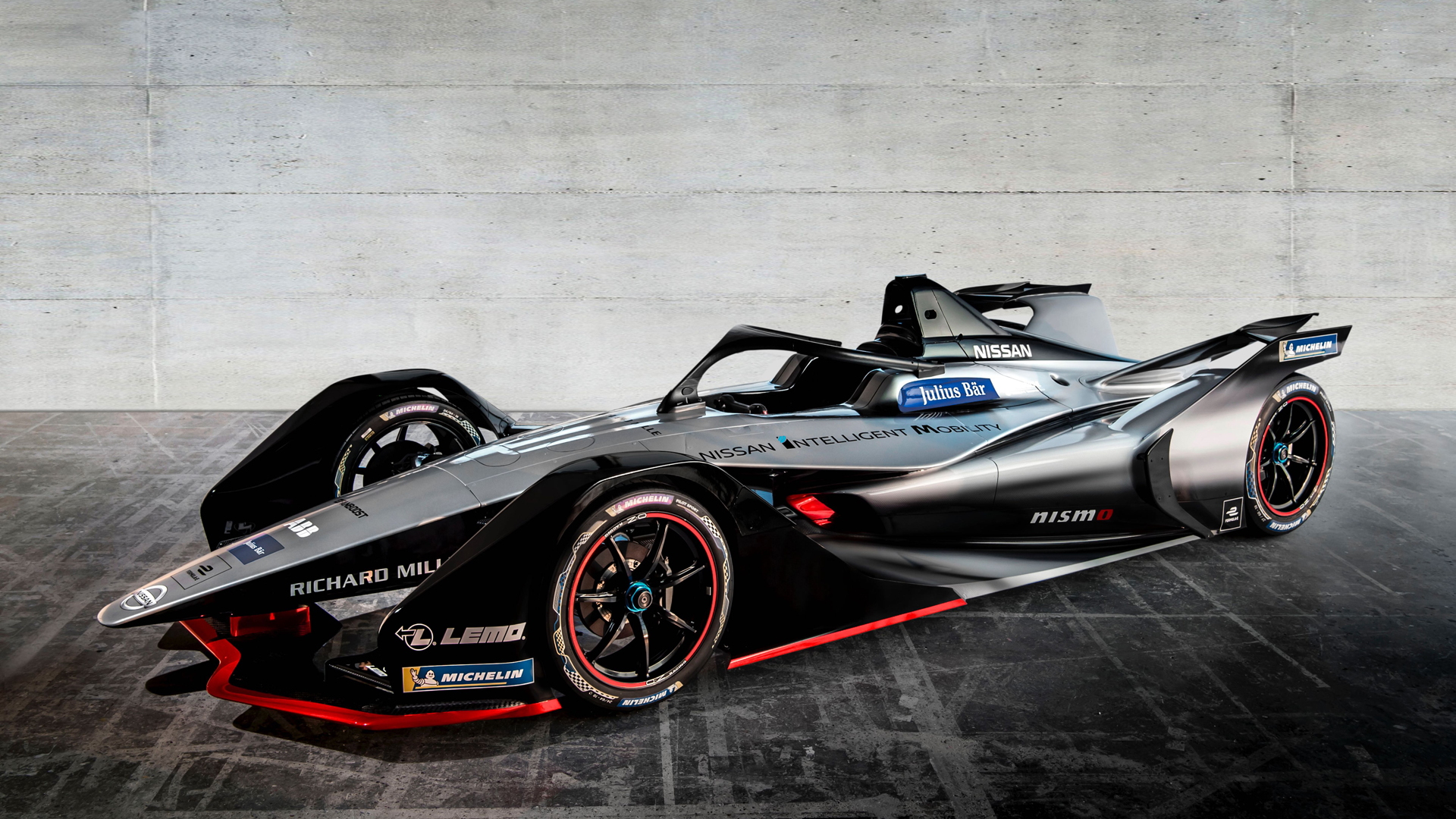 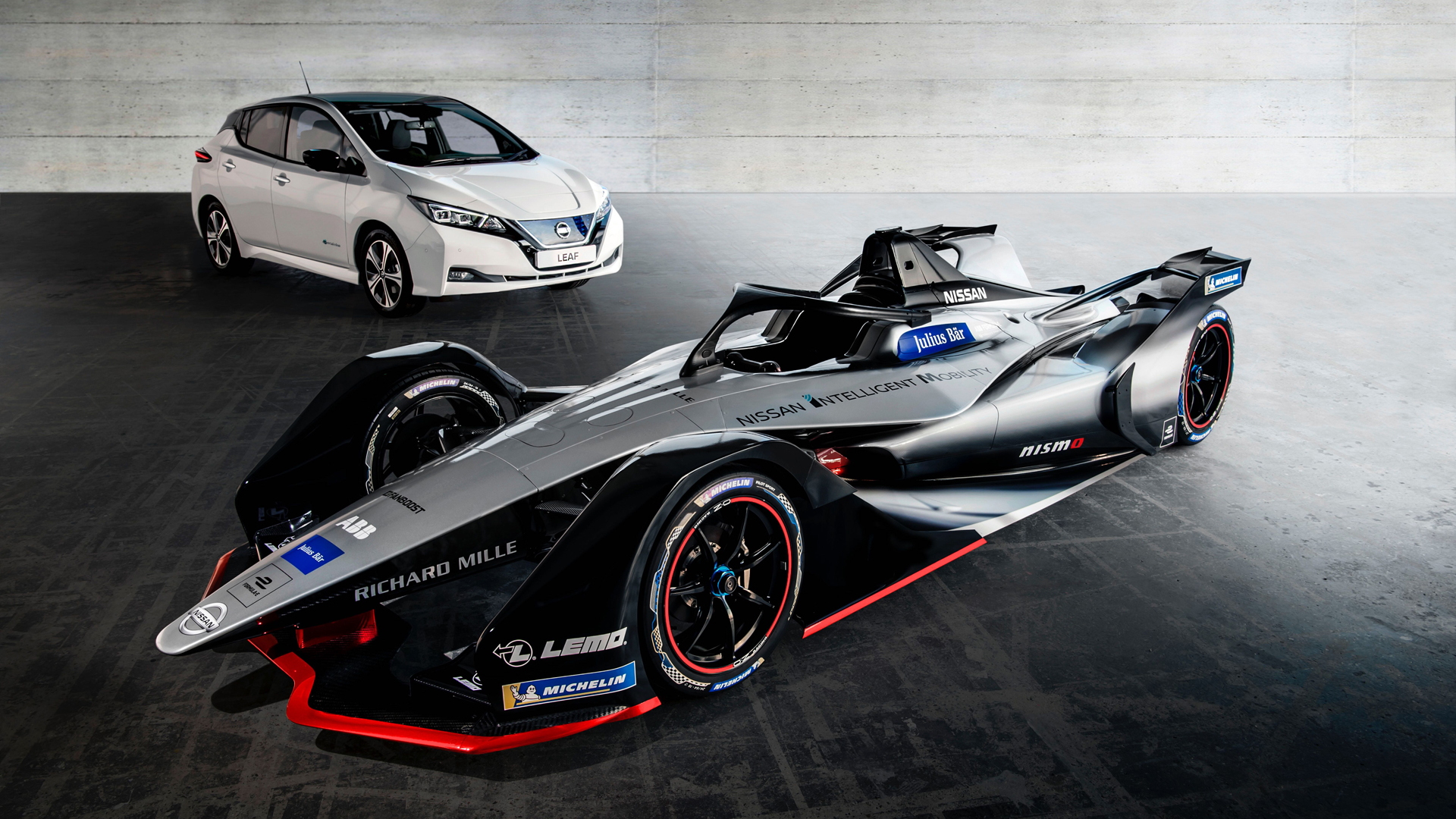 The Renault Nissan Mitsubishi Alliance races in both Formula 1 and Formula E. Currently, Renault is represented in both series, but Nissan is replacing corporate partner Renault Formula E for the 2018/2019 season. A Nissan prepares to enter the world of all-electric open-wheel racing, it introduced an official livery on Tuesday at the 2018 Geneva motor show.

Penned by Nissan's Global Design team in Japan, it's not a surprising look from the company The car wears a paint scheme that bears a loose resemblance to the company's Nismo performance brand—its logo is on both sidepods—with black accents on the lower fairings that transitions from gray to silver on the upper body work. Red accents on the front and side wings, wheel edges, and inside the side pods round out the Nismo livery.

According to Nissan's senior VP of global design, Alfonso Albaisa, the company looked to the Doppler effect to style its all-electric racer.

"Formula E racers are virtually silent, with explosive speed bursts, thus naturally we turned to Doppler when designing the livery," Albaisa said. "The combination of the sonic pulse of the Doppler effect and the released power of a sonic boom inspired our celebration of EV Racing!"

And yes, the exclamation point is supposed to be there.

While Nissan confirmed that its car will get a new battery and powertrain package, it's holding out on other technical details along with its driver lineup until nearer the start of Formula E's fifth season. The fledgling electric-car racing series' fifth season will begin late this year. The fourth season, and thus the end of Renault's involvement, is set to end this July.