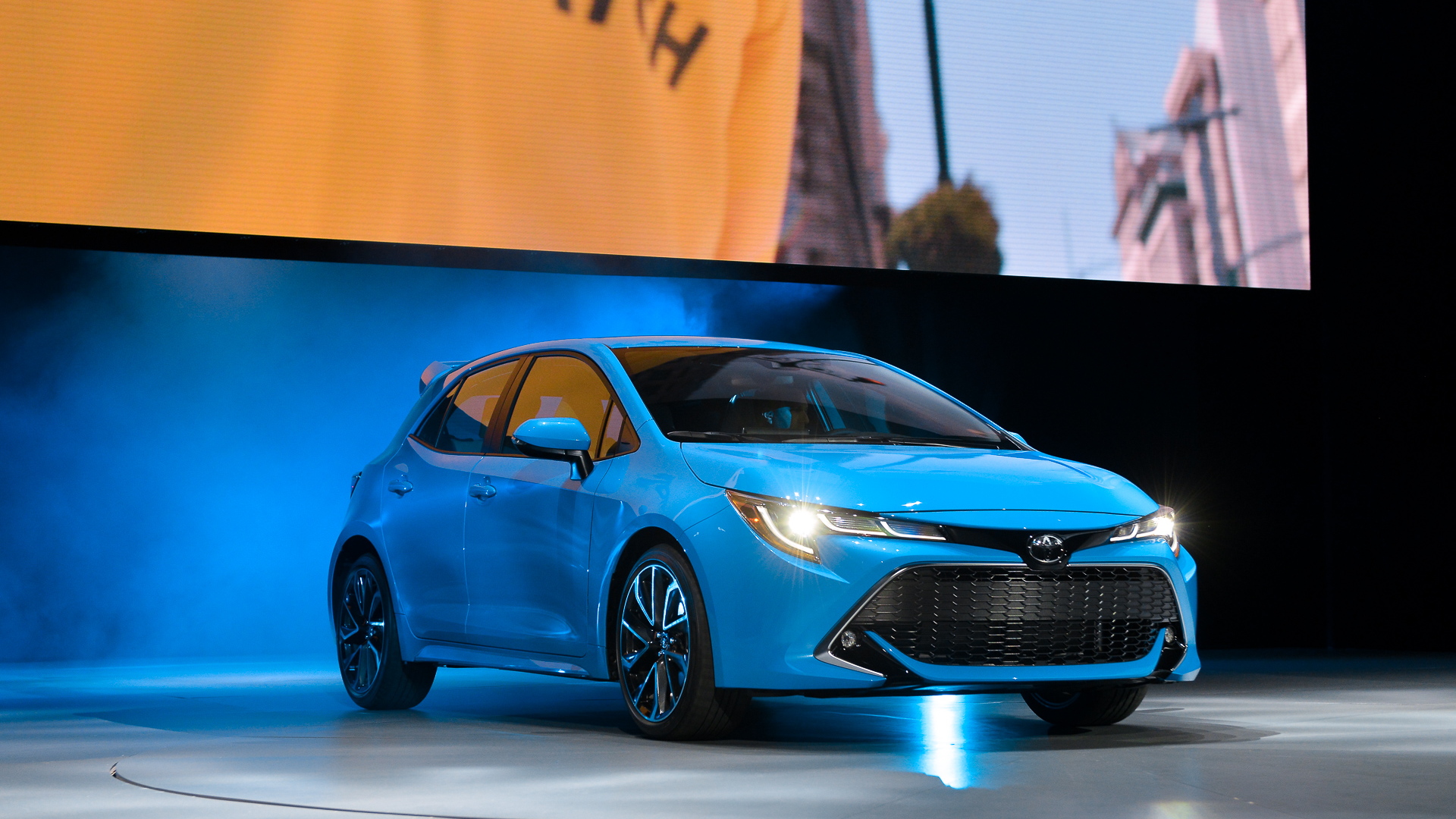 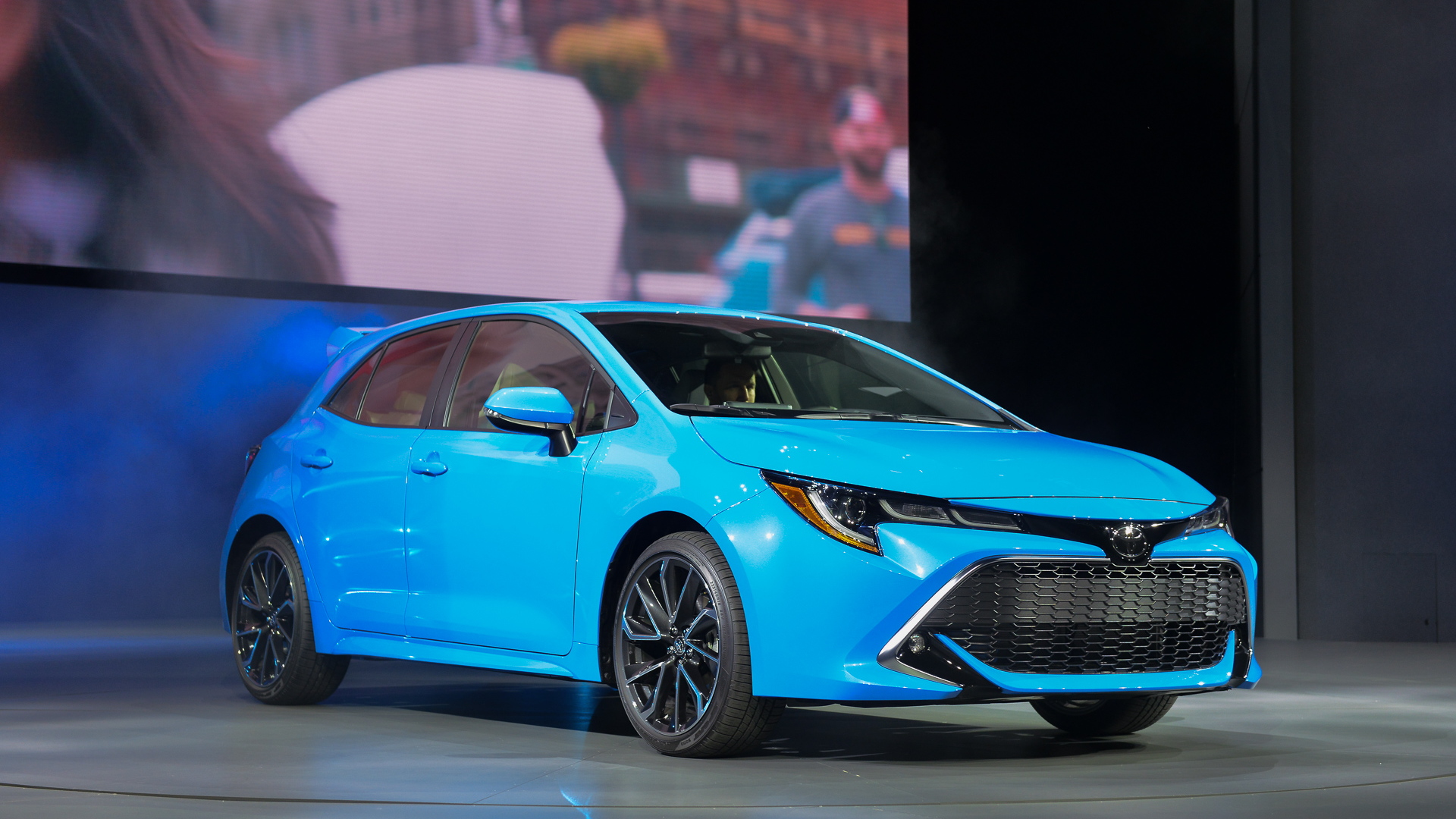 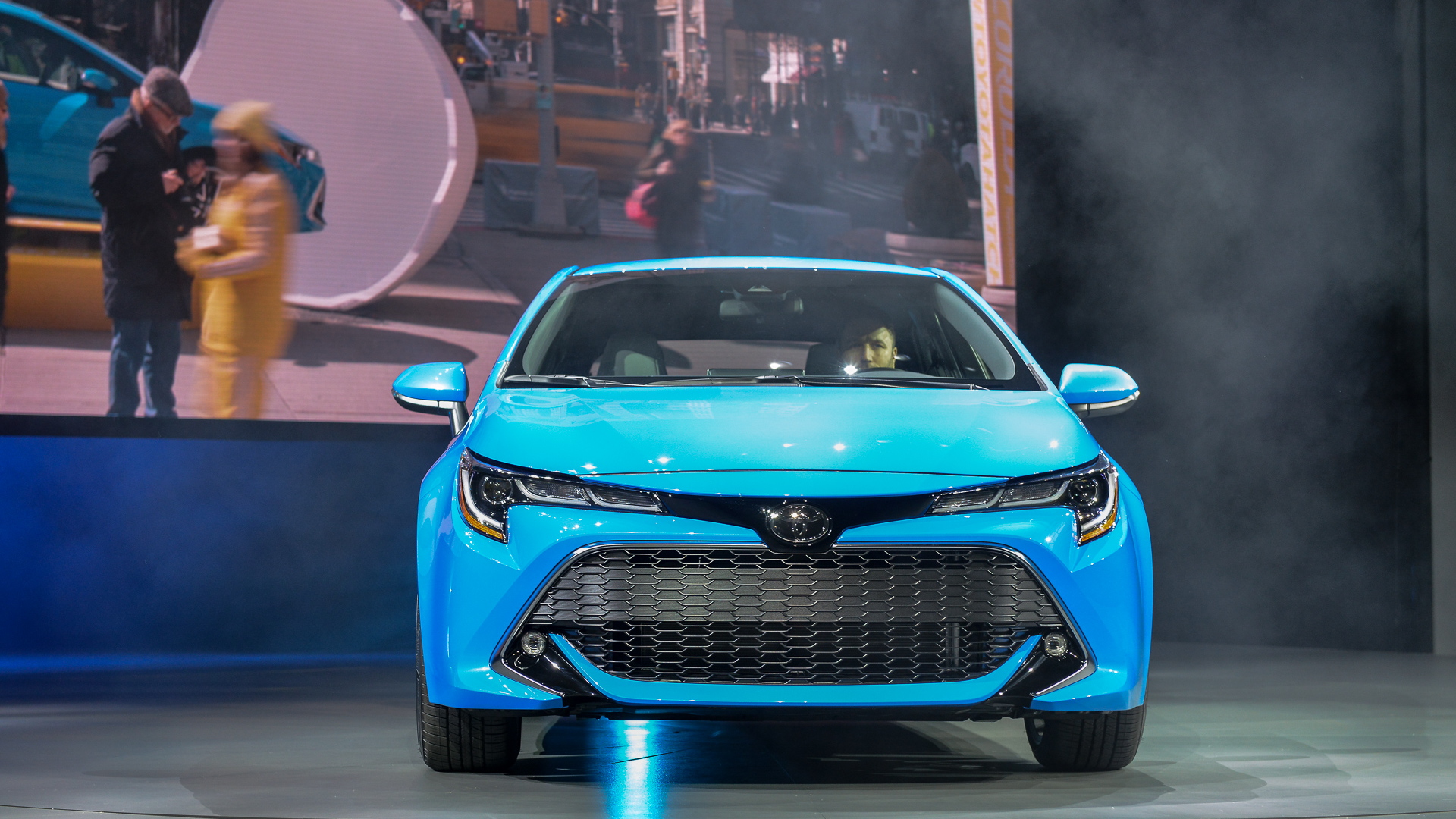 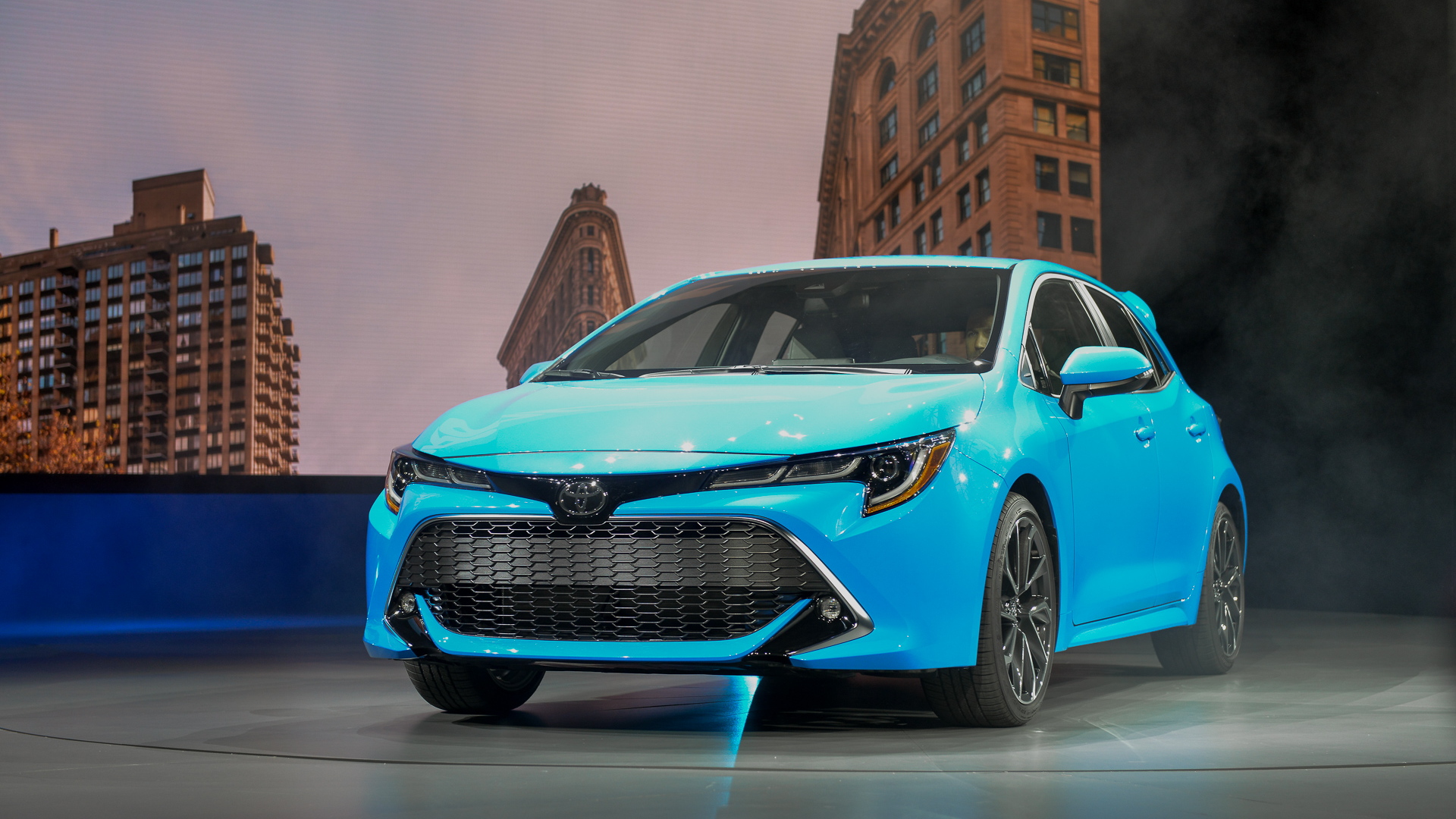 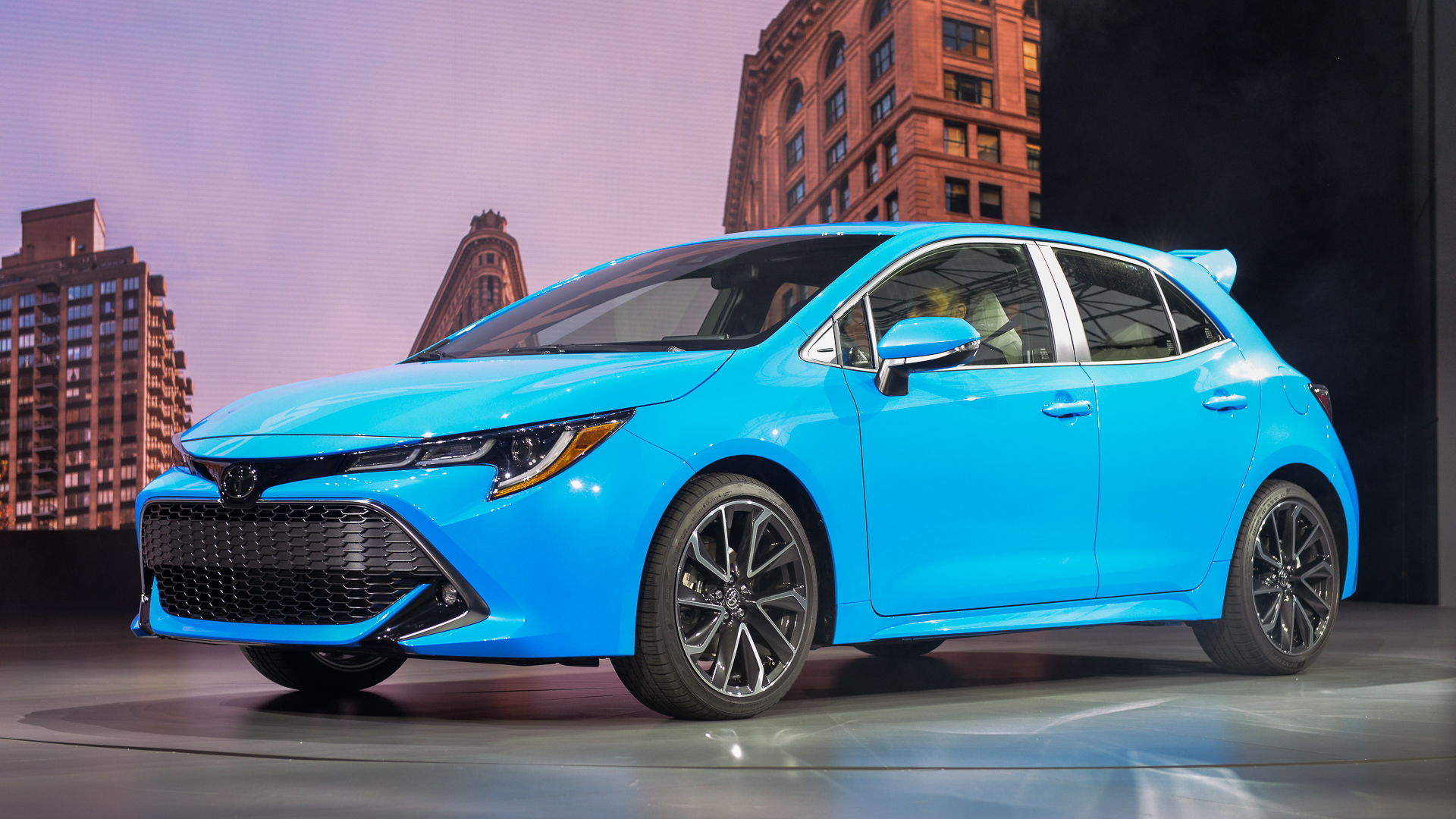 We just saw it at the 2018 Geneva auto show, but now Toyota's new Corolla Hatchback has arrived in the United States for a local debut at this week's 2018 New York auto show.

The new compact hatch, which is called an Auris in Europe, is due in showrooms this summer as a 2019 model. It replaces the Corolla iM and will be joined shortly by a redesigned Corolla sedan.

Both body styles will feature Toyota’s TNGA modular platform, which provides a lower center of gravity and increased body rigidity. The platform underpins several Toyota models already including the Camry and Prius.

The new design represents a serious step up in quality and style for the humble Corolla, which is now in its 12th generation. The exterior is definitely sharp looking, and inside there's cohesiveness and restraint in the design, which you traditionally haven't seen in Toyota products of late. An 8.0-inch touchscreen comes standard with Apple CarPlay compatibility, a new feature for Toyota, but Android Auto is still missing.

The sole powertrain for the U.S. is a 2.0-liter inline-4 engine that Toyota says is lighter and more powerful than the 132-horsepower 1.8-liter in the outgoing Corolla, and buyers will be able to select from a 6-speed manual or CVT. The latter is said to come with paddle shifters to sort through 10 simulated gears. Final powertrain specs will be announced at a later date.

Toyota also used the N.Y. auto show to introduce a redesigned RAV4. To learn about some of the other vehicles on display, head to our dedicated hub. And for more on the Toyota Corolla, read the in-depth reviews at The Car Connection.