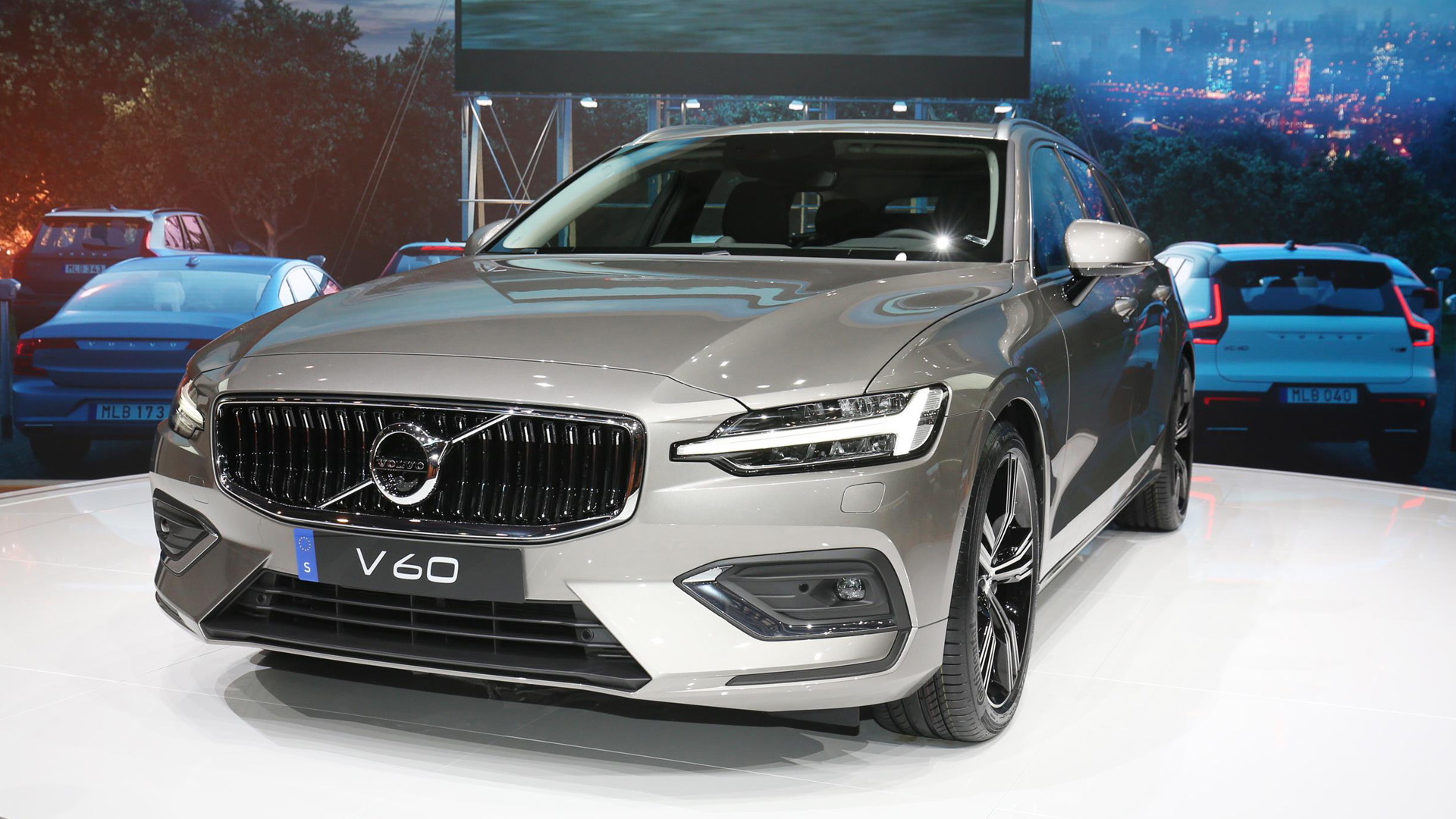 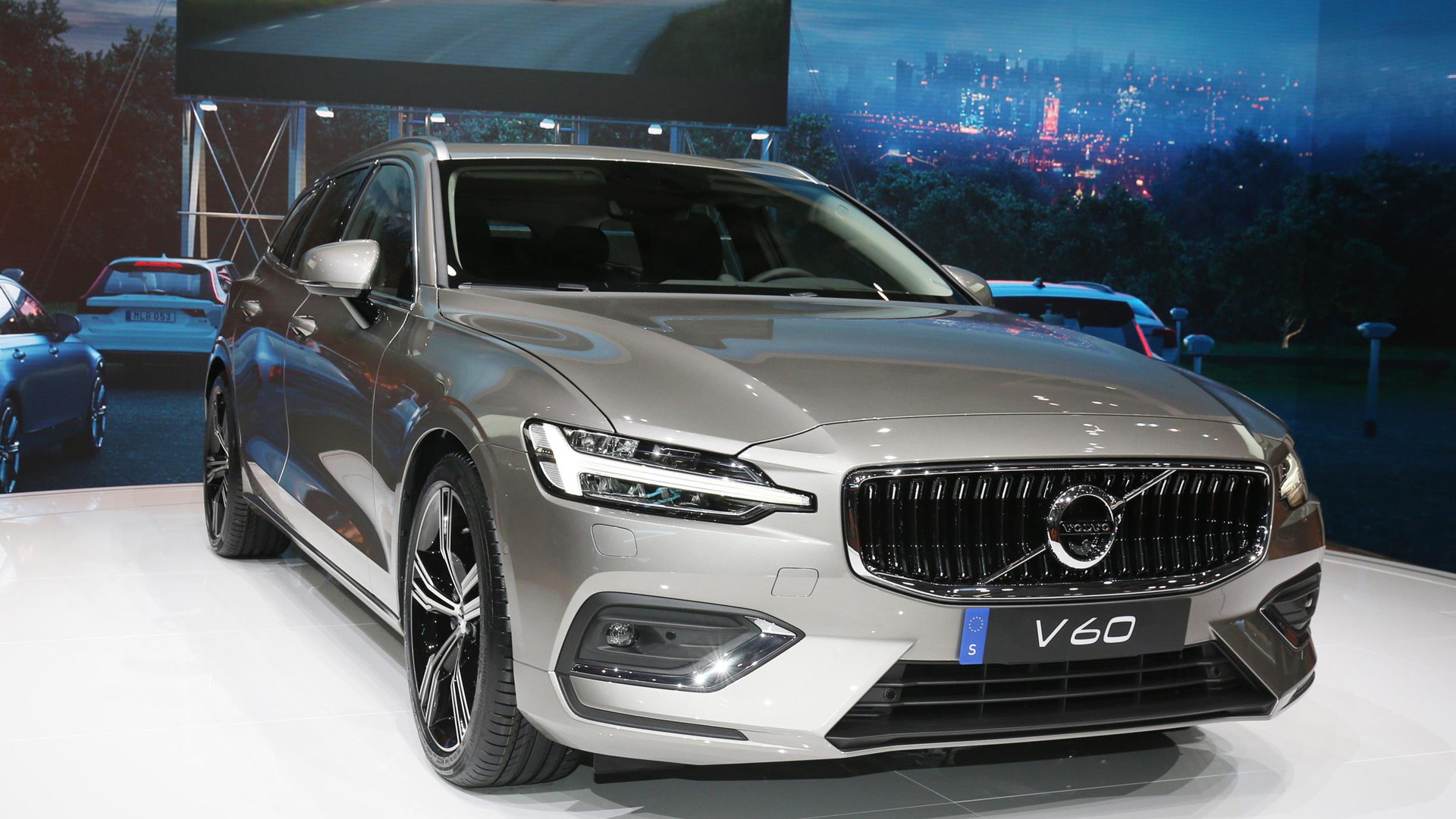 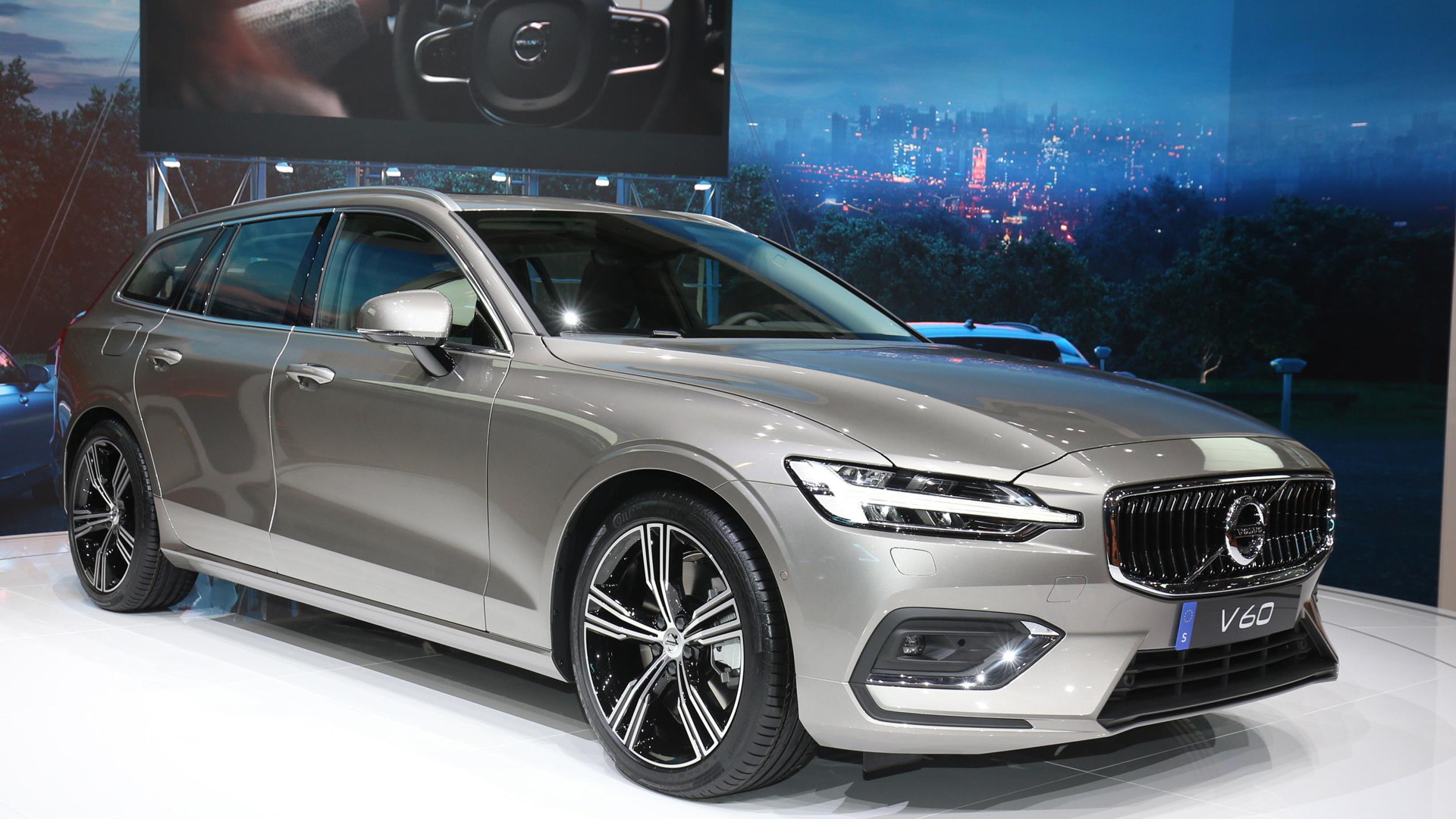 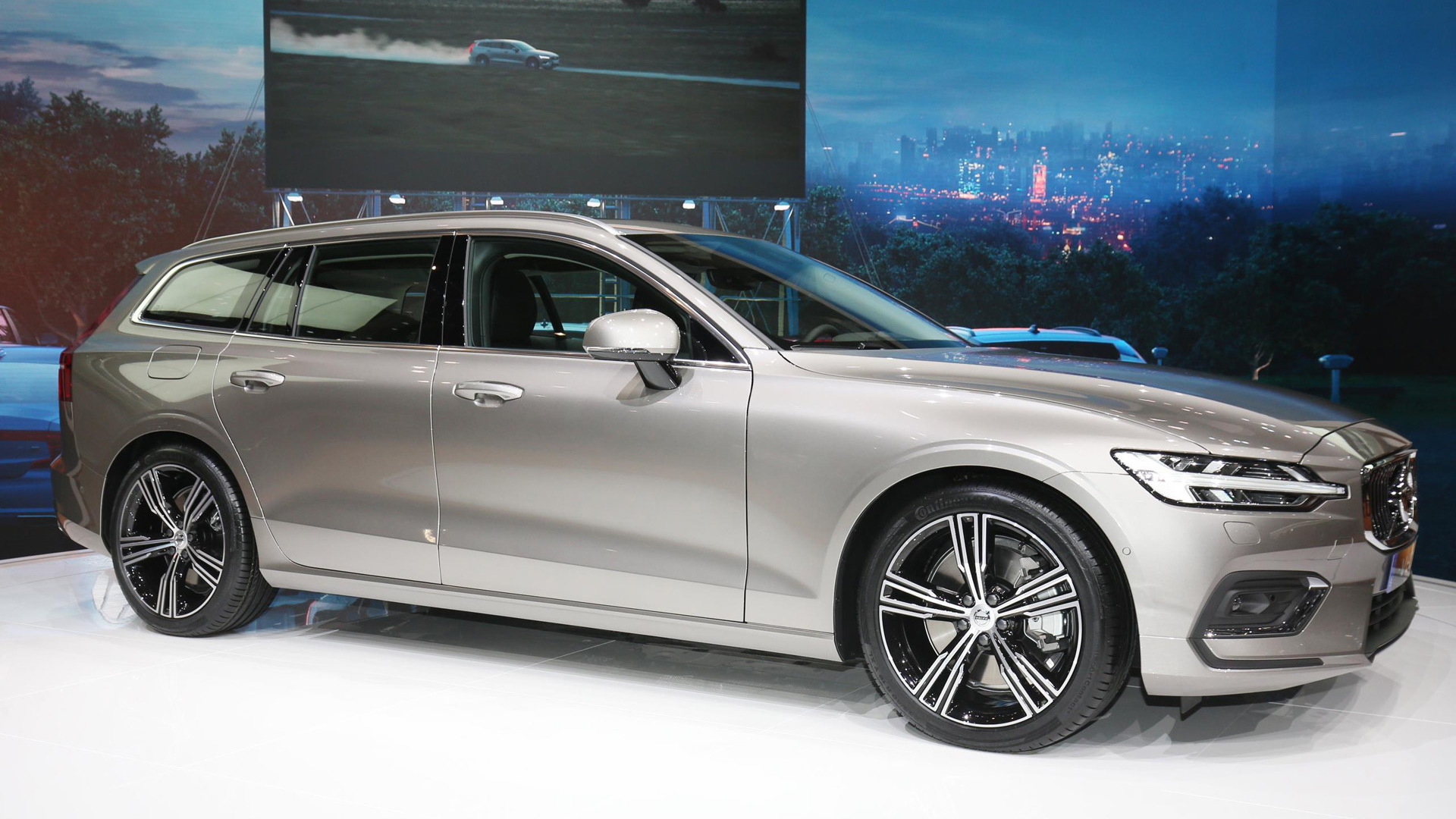 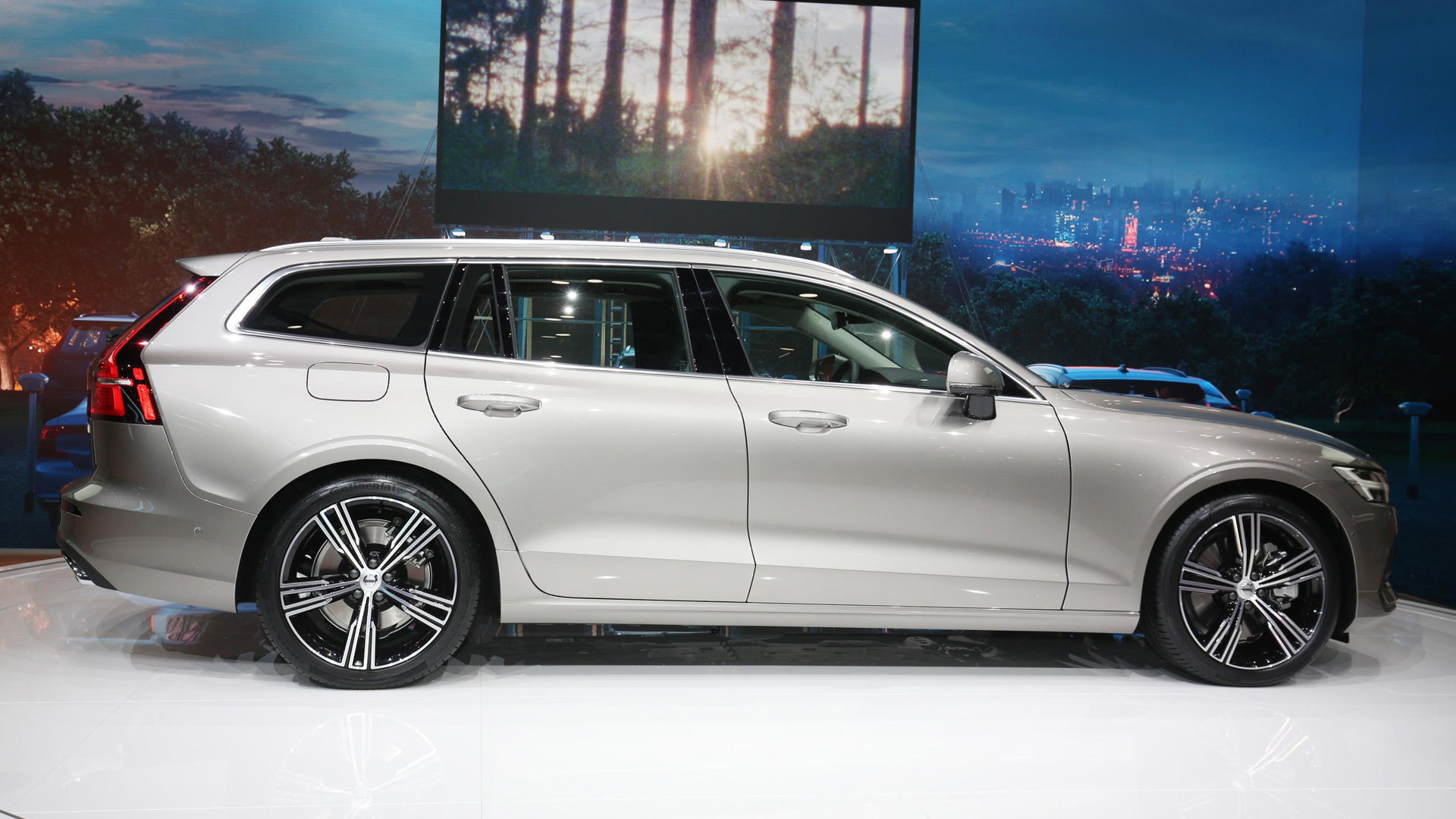 Volvo's history is closely linked with wagons that could withstand severe punishment. Now, its future is linked with small-displacement powertrains and selling cars like Netflix.

The new Volvo V60 appears to have one tire in the past and three more in the future.

The 2019 Volvo V60 was unveiled Tuesday at the 2018 Geneva International Motor Show, the second 60-series vehicle based on the automaker's global architecture. The V60 is a dead-ringer for the Volvo V90, but more than half a foot shorter with nearly three inches chopped between the wheels.

Volvo officials in the U.S. confirmed that a 250-horsepower 2.0-liter turbo-4 drives the front wheels in the base model, while a 316-hp turbocharged and supercharged inline-4 powers all four wheels in the V60 T6. Plug-in powertrains with a 10.4-kwh battery mated to either engine were detailed—called T6 Twin Engine and T8 Twin Engine—but not initially confirmed for the U.S. Like the XC60 and the 90-Series vehicles, an 8-speed automatic is the only available transmission.

The V60 will be produced in Torslanda, Sweden, while the S60 sedan that will soon follow it will roll off the automaker's new assembly lines in Charleston, South Carolina.

DON'T MISS: Why Care by Volvo could revolutionize car ownership

The new V60 wears familiar shapes for new Volvos, particularly in the front where the wagon's headlights and grille are cribbed from the larger V90. Along the body sides, the V60 has deeper sculpting along the bottoms of the doors to drop the wagon's visual profile—the V60 is nearly two inches closer to the ground than the V90. Around back, the V60's L-shaped taillights pinch in toward a high-waisted rear end with smaller rear overhangs than the larger wagon.

Inside, the V60 uses the same vertically oriented touchscreen for infotainment as the XC60 and a recognizable dash. Volvo hasn't yet detailed trim levels or equipment for the V60 in the U.S., but a handsome plaid interior will be on the short list for internet-money purchases from the commentariat.

The interior will be roomier, with nearly two extra inches of leg room in the rear seats and nearly 30 cubic feet of cargo room. The V60 will come equipped with the automaker's active safety equipment including automatic emergency braking and the company's Pilot Assist semi-autonomous driving features that can steer, brake, or accelerate the V60 with minimal driver input.

The V60 is expected to arrive to the U.S. later this year with a stilted V60 Cross Country wagon in the mail, too. Pricing for the wagon hasn't yet been announced, but the V60 wagon will be offered as part of the automaker's "Care by Volvo" subscription model that offers the cars for a flat monthly fee—insurance and maintenance included—for two years.