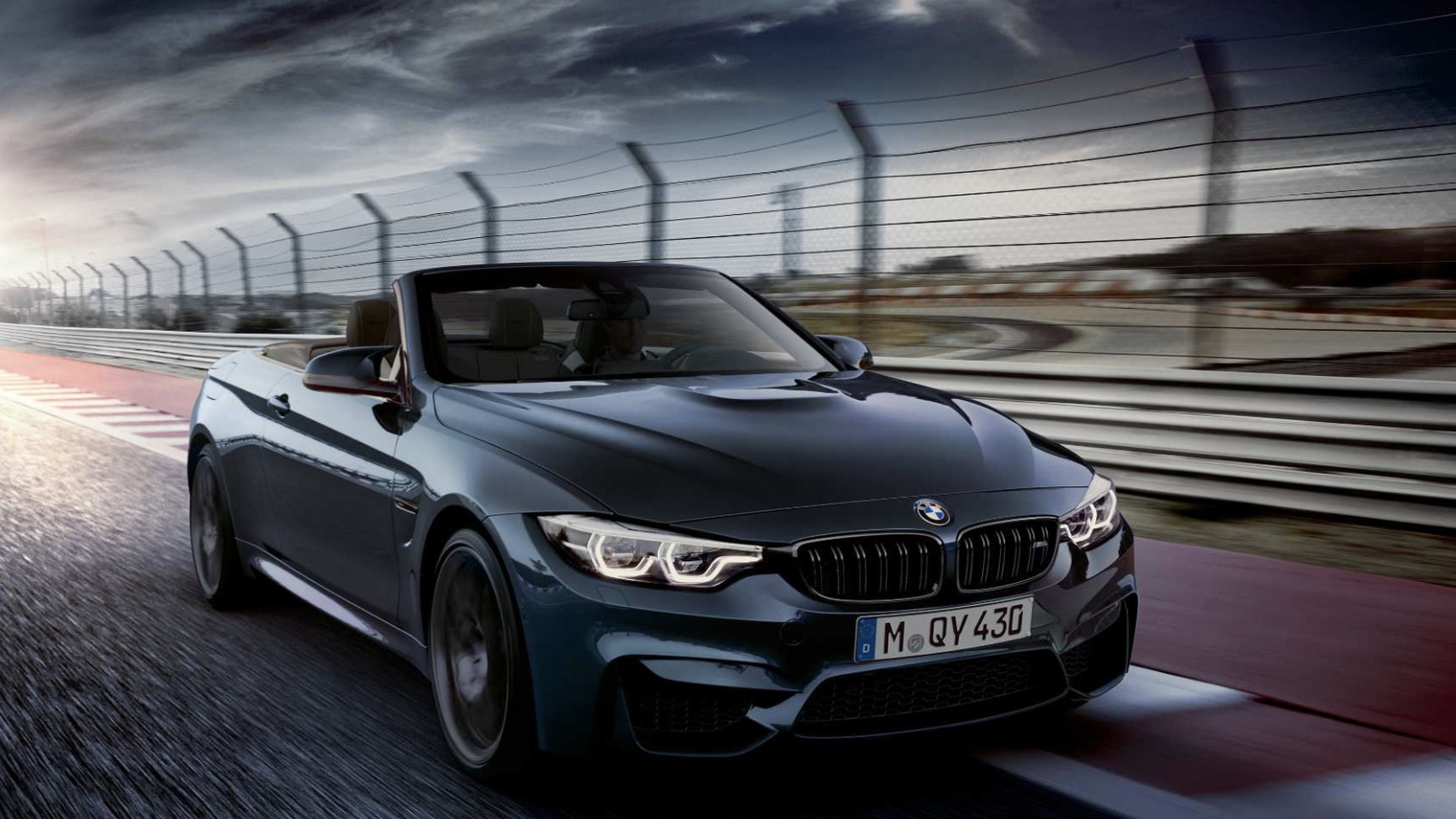 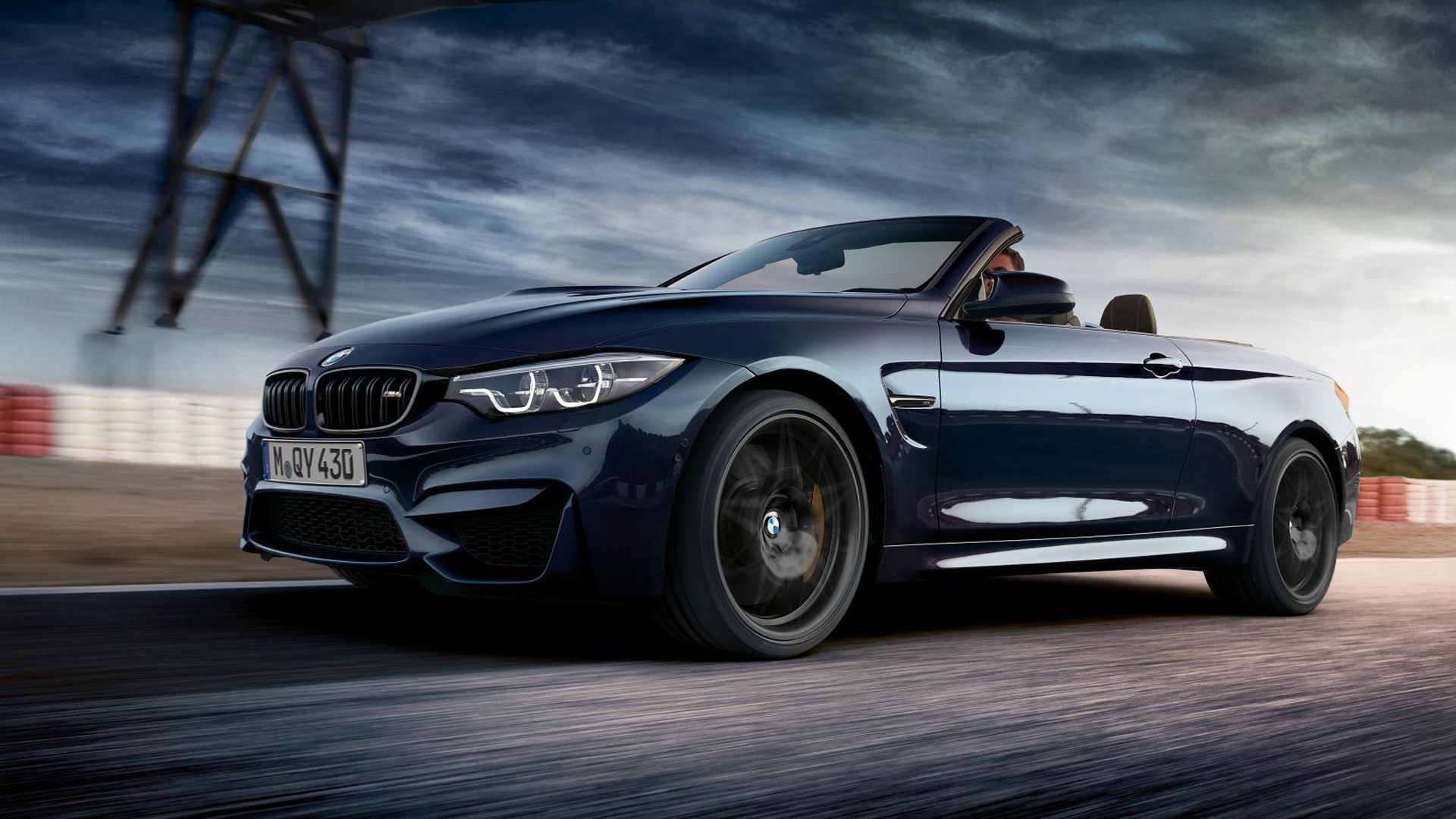 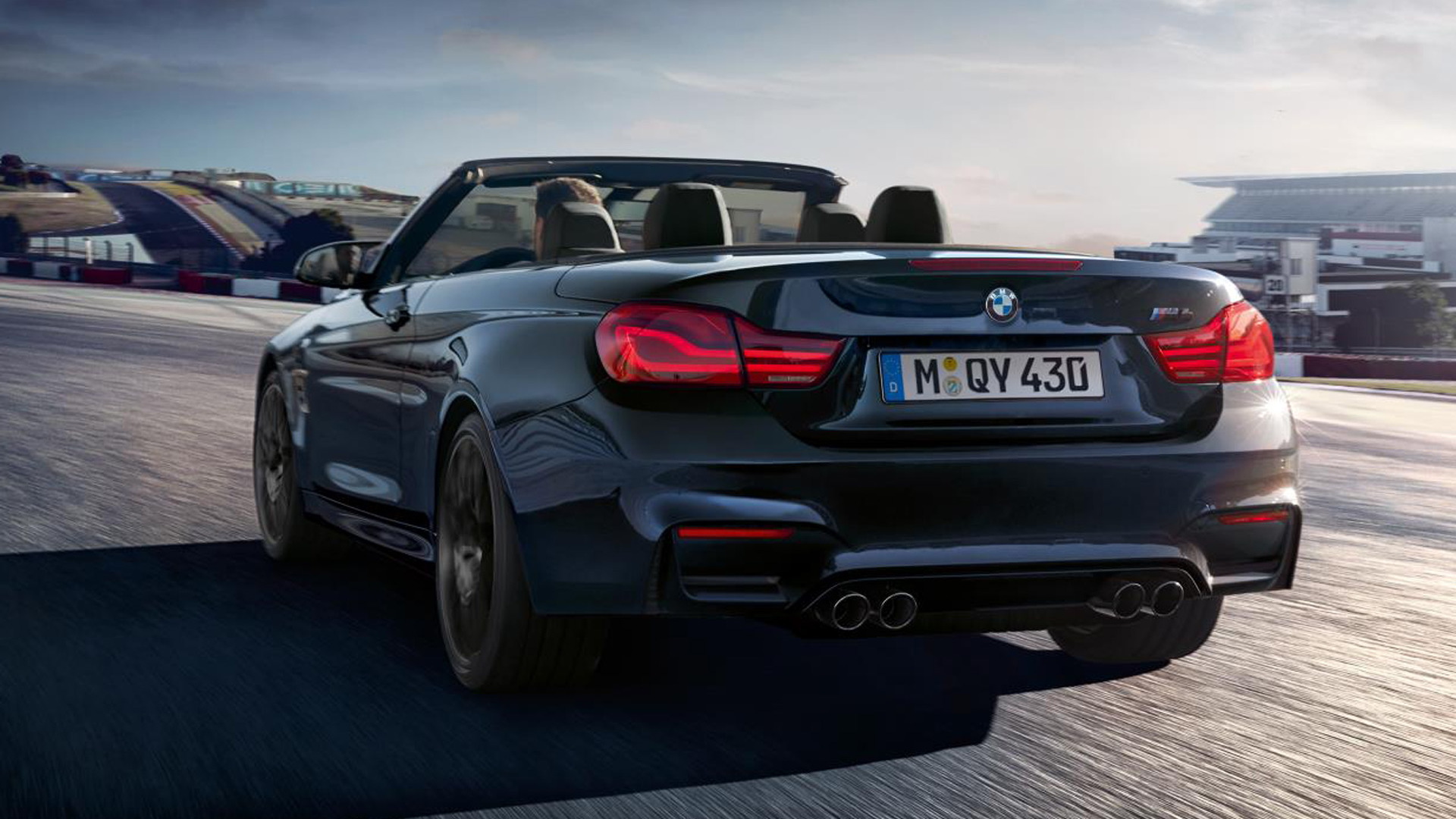 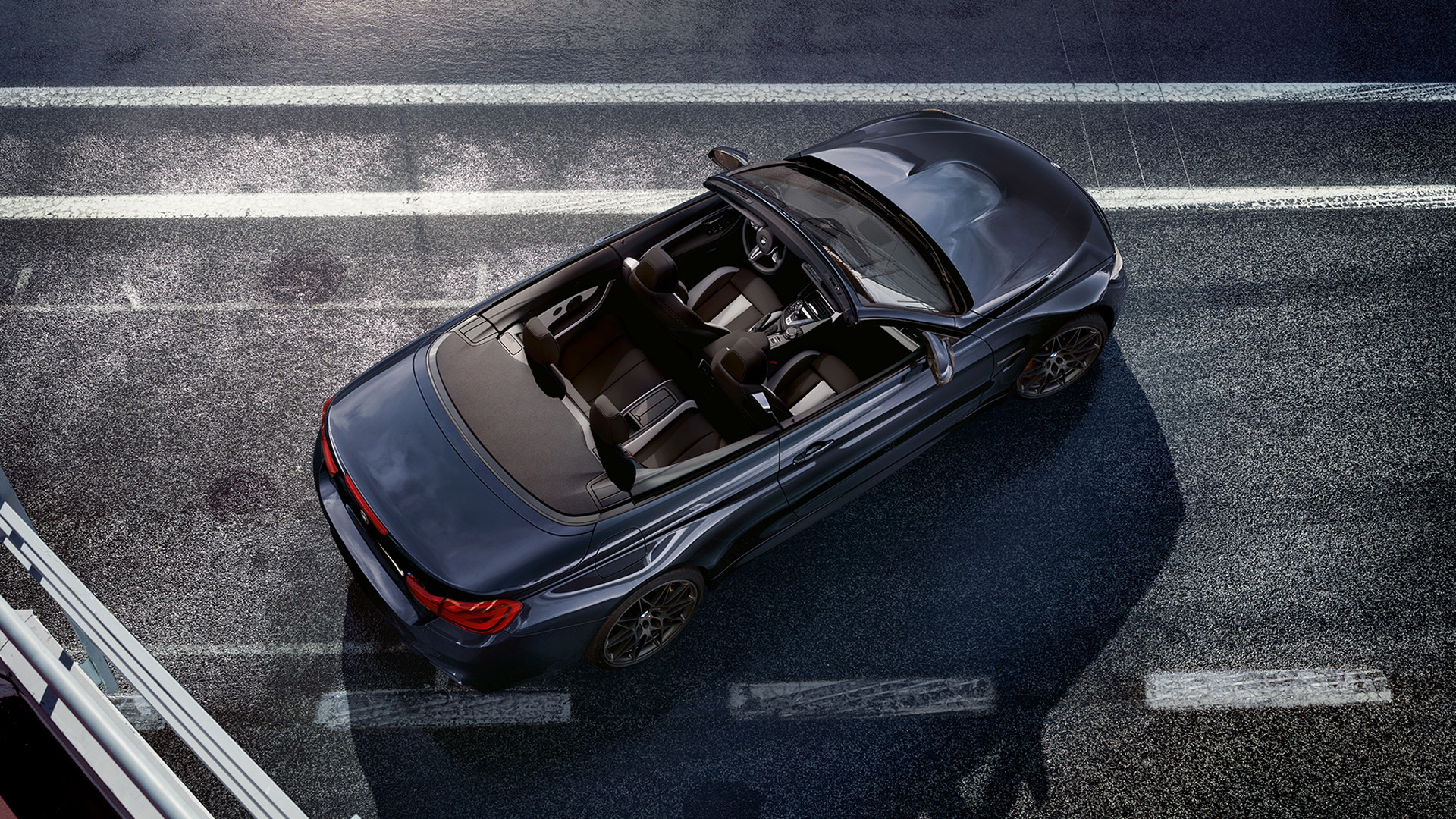 BMW's M division began to celebrate its various anniversaries with special models in 2014, but the party goes on. On Tuesday, the German automaker revealed the M4 Convertible 30 Jahre Edition, which marks 30 years since the first M3 Convertible launched in 1988. Jahre is the German word for "years."

Like the 30 Jahre editions that came before it, the M4 Convertible is production limited, but BMW will only offer the 30 planned drop-tops in the United Kingdom. The United States received 150 examples of the M3 30 Jahre in 2016. Aside from the standard M division content, such as its M exhaust system, adaptive M suspension, and M differential, the M4 Convertible 30 Jahre sports some unique design elements.

The two exterior colors, Macao Blue metallic and Frozen Dark Grey Metallic, are exclusive to the UK and either hue features "shadow line" trim around the kidney grille, M side gills, and the model lettering. Additionally, 20-inch wheels feature an Orbit gray matte color that is also exclusive to the special convertible.

Inside the M4 Convertible 30 Jahre Edition, interested buyers will have the choice of two color combinations: Black/Fjord Blue or Black/Silverstone. Each combination features contrast stitching and piping color to match. Interior trim is made of carbon fiber, no matter which interior combo a buyer chooses. And for one final touch of exclusivity, the convertible's headrests and doorsills feature "30 Jahre Edition" imprints. A build number is also present on the passenger side dashboard to mark its significance further.

Interested buyers, though we should say "collectors," in the UK will have to pony up £76,675, or roughly $107,000 at current exchange rates to get their hands on the exclusive M4. Despite the steep cost of entry, we're sure the cars won't last.