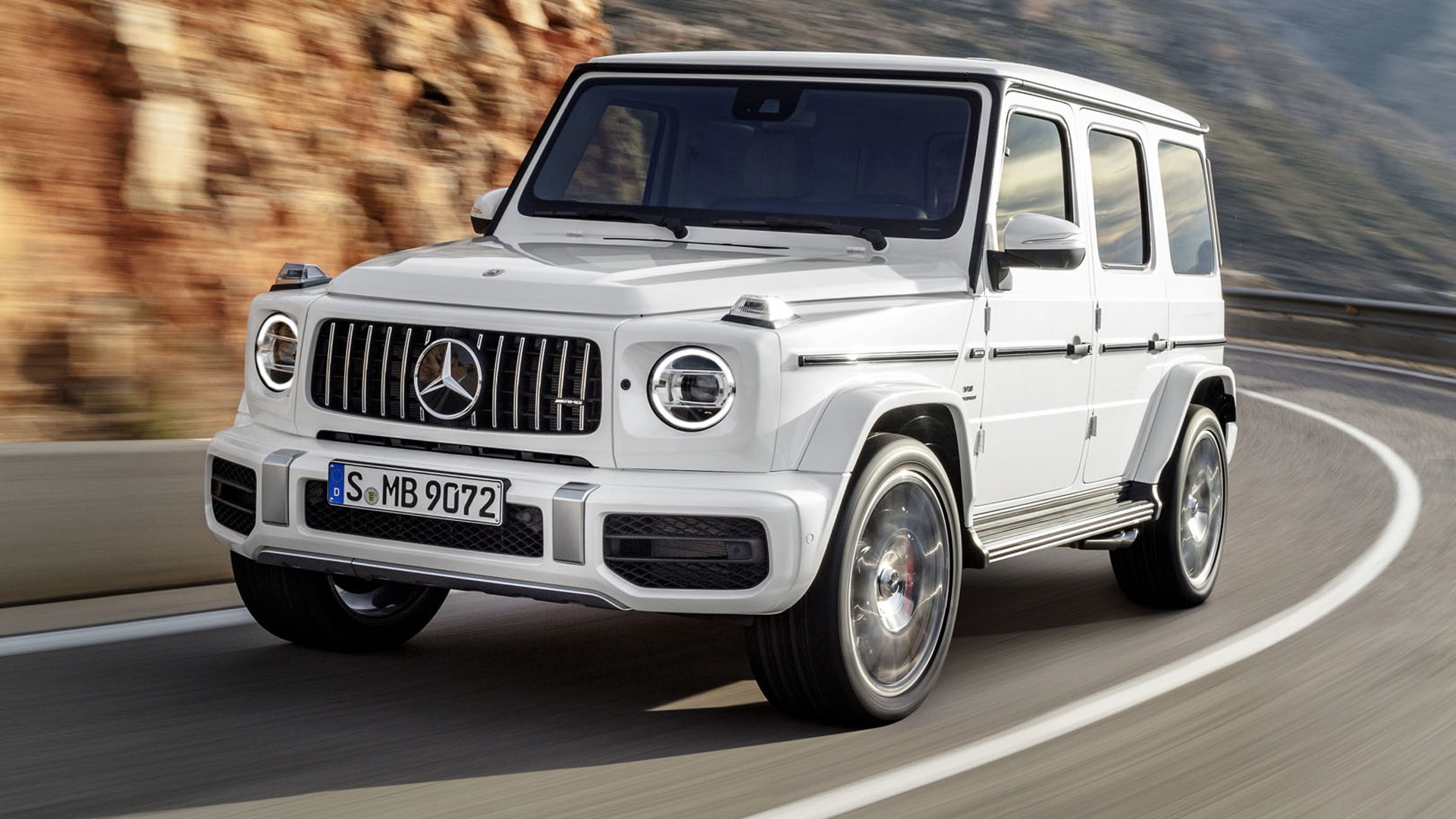 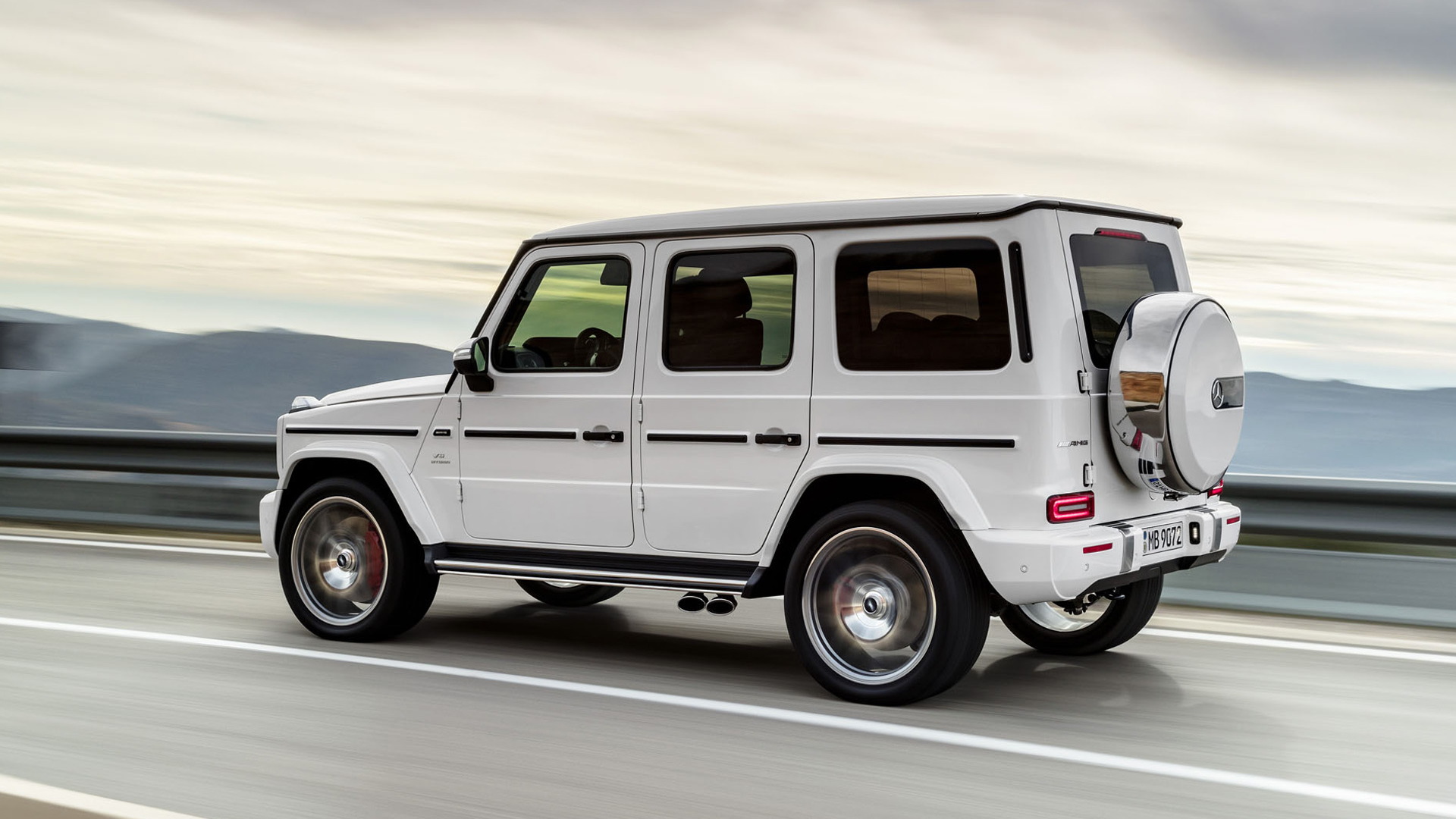 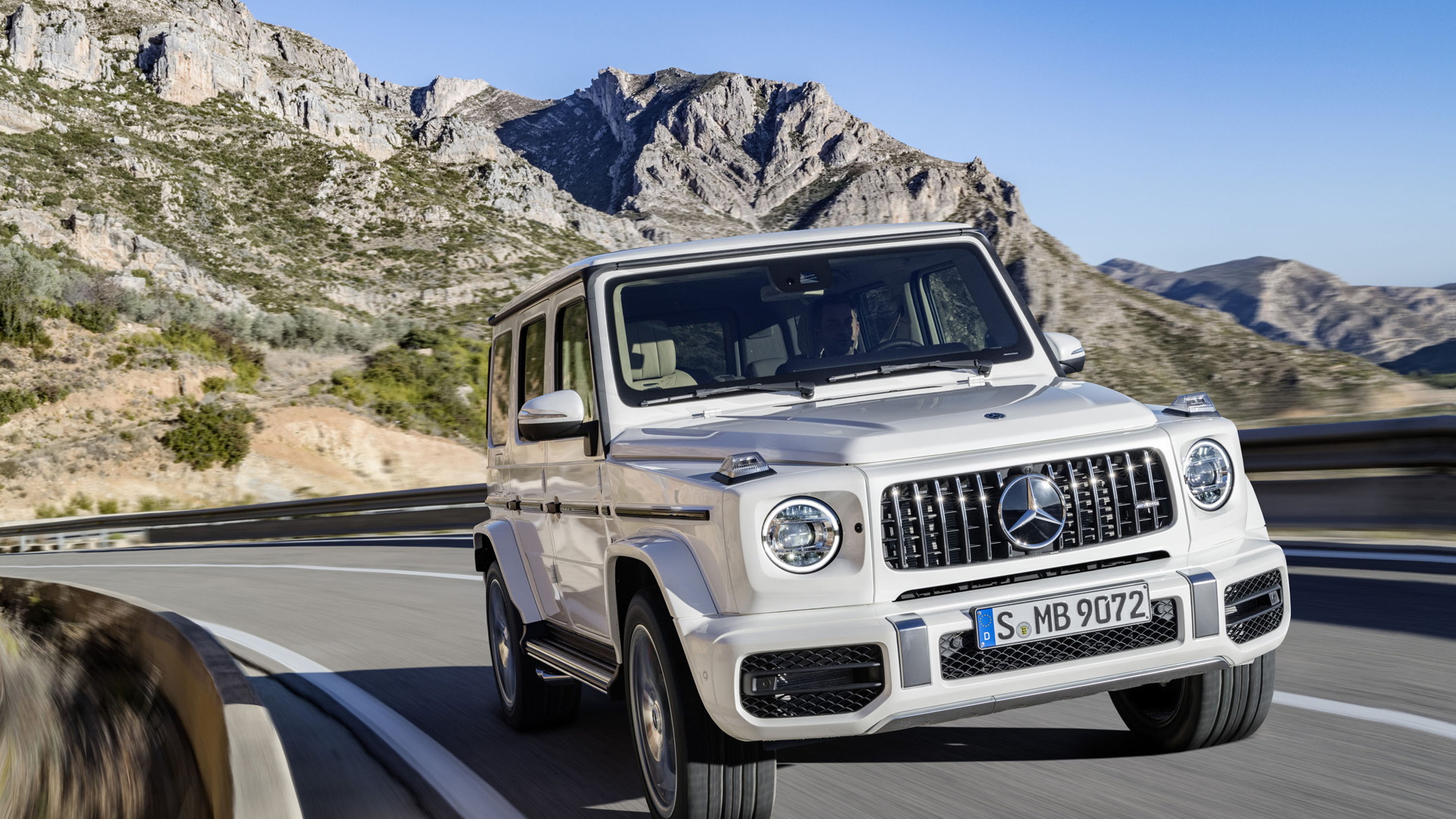 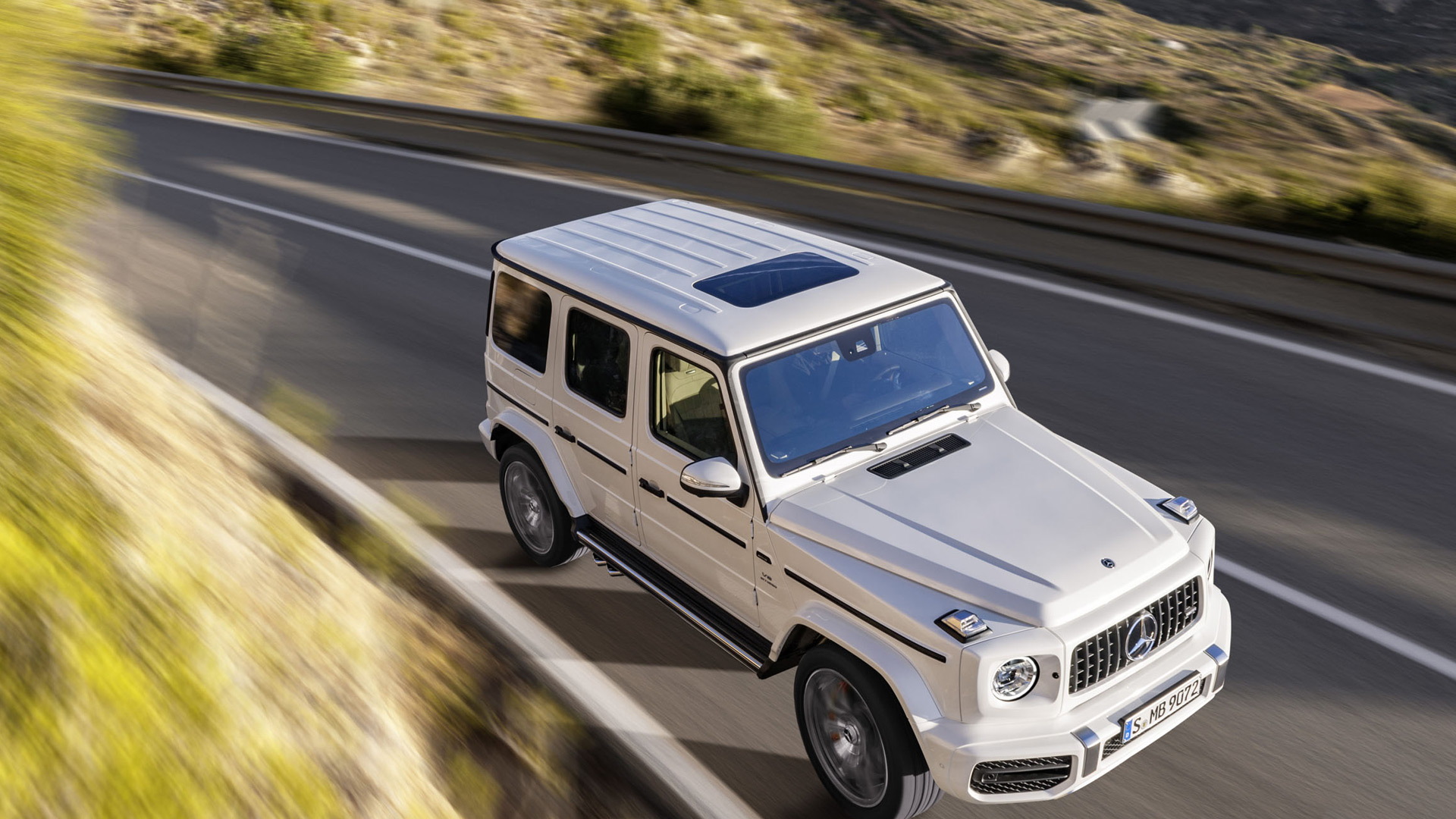 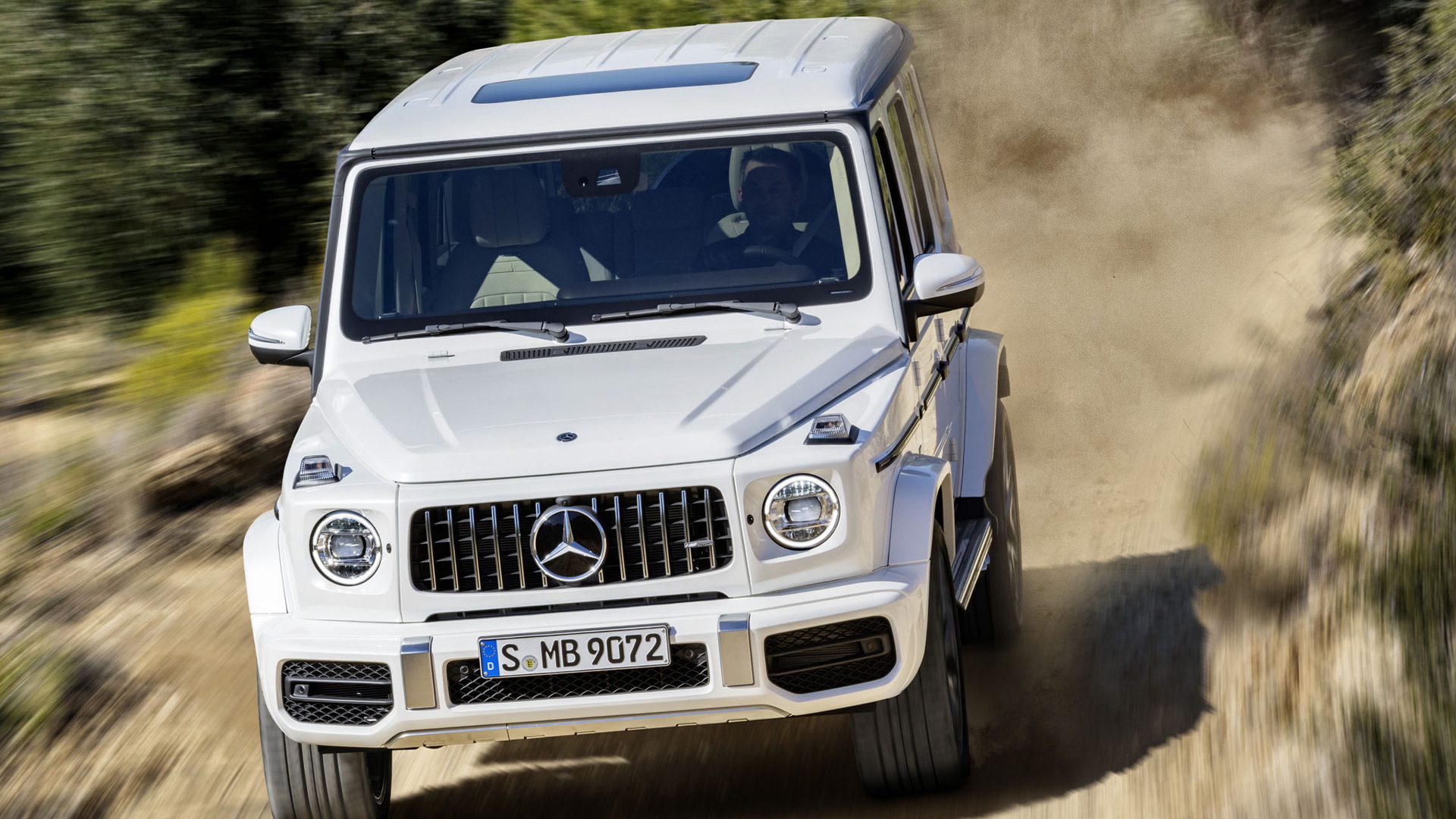 Mercedes-Benz on Tuesday took the covers off the AMG version of the redesigned 2019 G-Class.

The G-Class is unique in the Mercedes lineup in that half of all models sold are from AMG, with the V-8-powered G63 being the most popular. Until recently, there was also a V-12-powered G65.

For the new generation, AMG is starting off with the G63 which has been equipped with the tuner's 4.0-liter twin-turbocharged V-8, the same engine fitted to the regular G-Class. Despite being down 1.5 liters in capacity compared to the engine in the outgoing G63, also a twin-turbo V-8, the smaller mill generates 577 horsepower and 627 pound-feet of torque, which compares with the 563 hp and 561 lb-ft of the bigger engine it replaces.

And not only does the smaller engine provide a greater punch but fuel economy should get a boost too, though we won't be sure until closer to this year's market launch. Helping along with the fuel economy is cylinder deactivation technology and the addition of a 9-speed automatic instead of the outgoing model's 7-speed. The new G63 is also considerably lighter than its predecessor, though a final figure hasn't been announced.

AMG estimates a 0-60 mph time of 4.4 seconds in the new G63, which is a full second quicker than in the outgoing model. The new G63 will also hit a top speed of 137 mph in standard trim and with the addition of an available Driver's Package will go on to reach a top speed of 149 mph.

Drive is to all four wheels via a 40/60 rear-biased 4-wheel-drive system. The reduction ratio of the transfer case is now 2.93:1, considerably higher than in the outgoing model (2.1:1). This is said to assist when moving off on extreme uphill gradients, as the torque at the drive wheels is significantly increased.

AMG has also significantly enhanced the suspension the design of the G63, which is also helped along by the new G-Class's independent double wishbone suspension at the front and five-link setup at the rear. The G63 also sports adaptive dampers and coil springs at each corner. It also has additional transverse stabilizers at both ends to reduce body roll.

There isn't much to differentiate the latest G63 from the regular G-Class. Apart from the badges, the most obvious elements are the grille and wheels. The grille gets AMG's Panamericana design with vertical slats, while red brake calipers, perforated brake discs and available 22-inch wheels add to the aggressive look of the design. The differences are harder to spot inside. The most obvious is the flat-bottomed AMG Performance steering wheel, which is lined in Nappa leather. There is also AMG's Dynamic Select driving modes selector on the center console.

As mentioned above, AMG is concentrating only on the G63 for now. And it's possible we won't see another round of the G65 as there are rumors AMG is planning to launch a G73 in its place, as indicated by the recent discovery of a “G73” trademark filing. This model isn't expected to feature a V-12 but rather the G63's V-8 paired with an electric motor for a combined output approaching 800 hp.

The new G63 makes its world debut on March 6 at the 2018 Geneva International Motor Show and will arrive in showrooms towards the end of the year, as a 2019 model. For more of our coverage on the Geneva show, head to our dedicated hub.