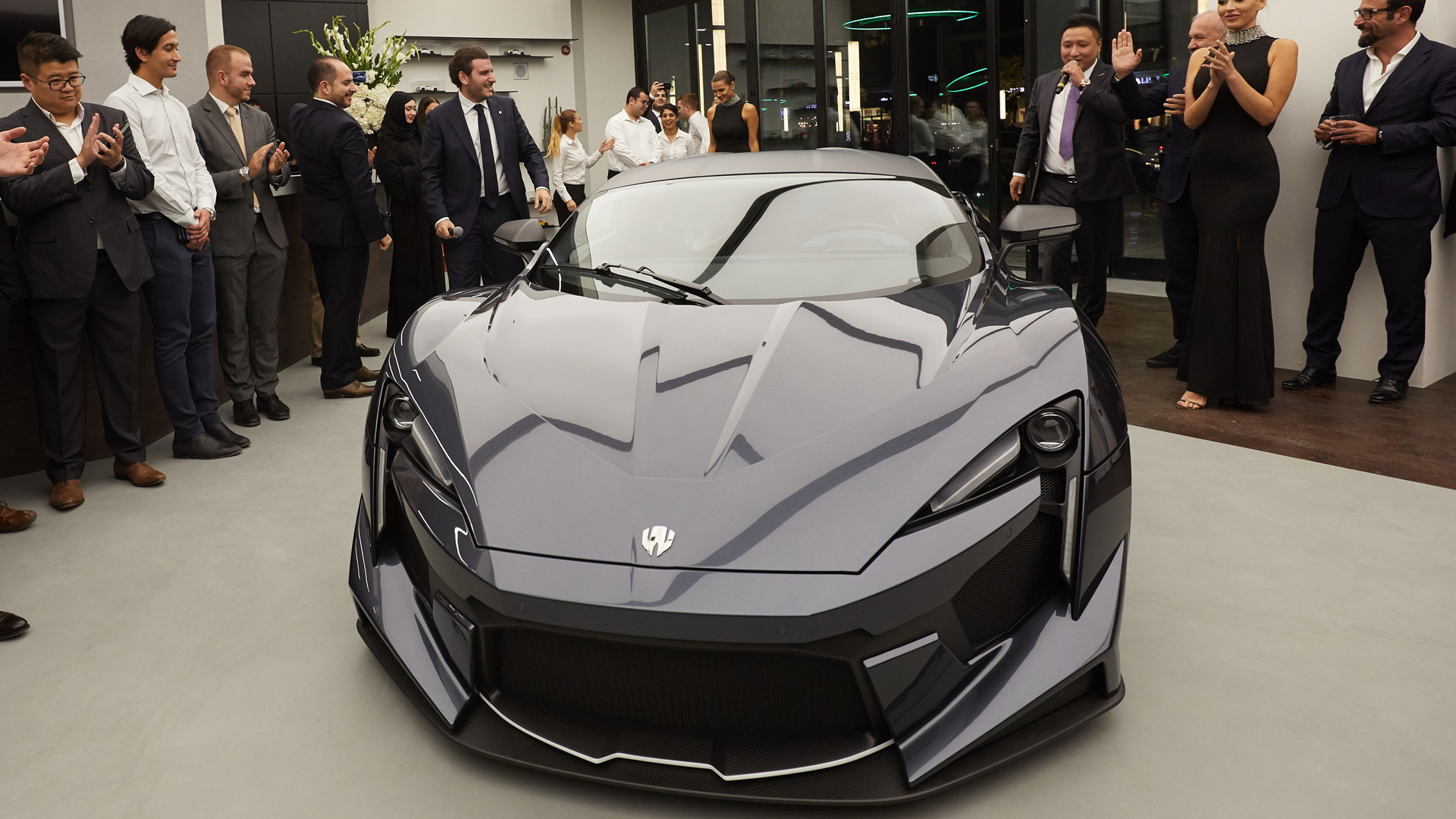 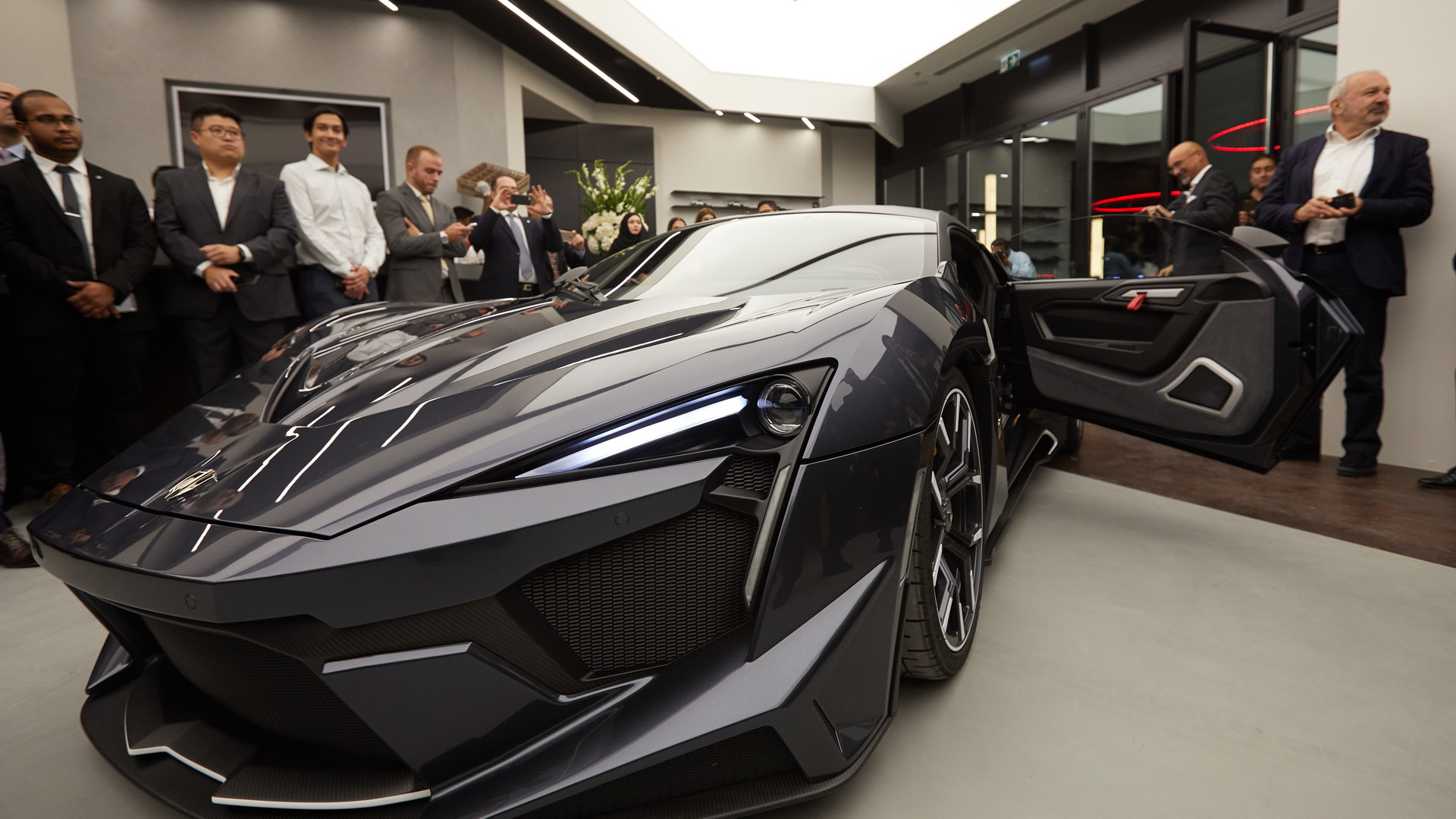 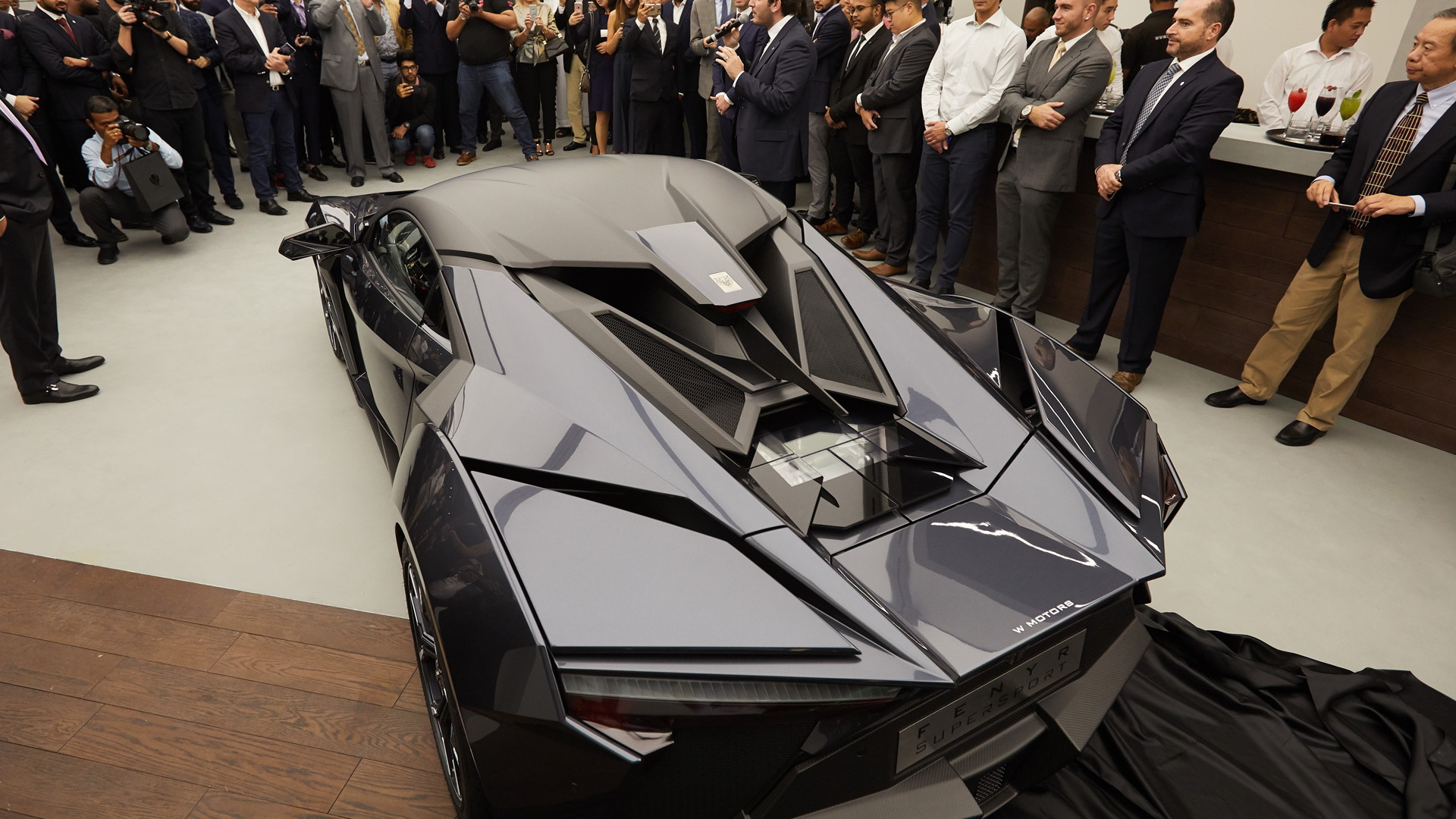 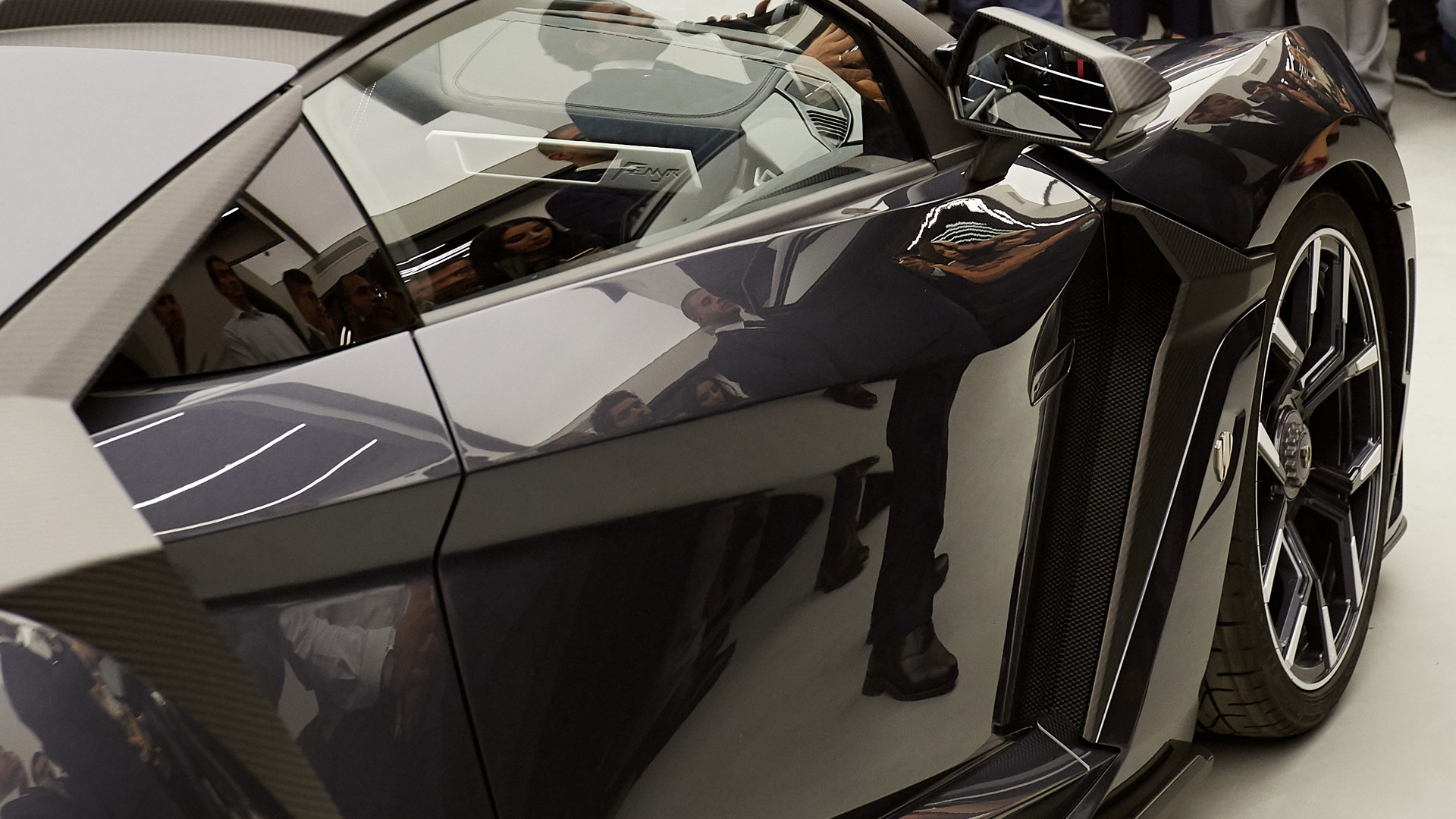 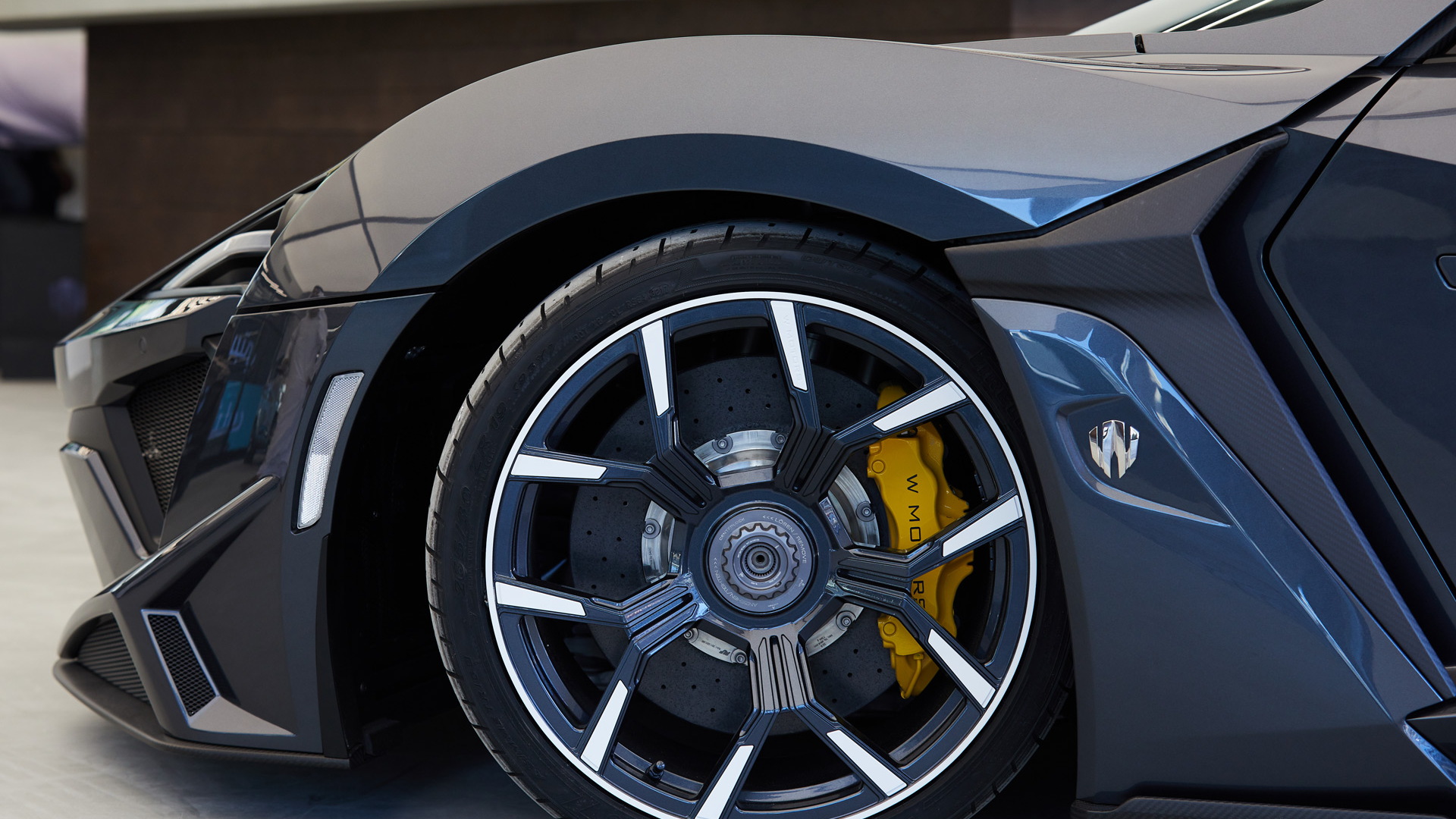 Arabian supercar marque W Motors shocked the world in 2013 when it came out with plans for a car with the astronomical price tag of $3.4 million. The car was the Lykan Hypersport, and its production run totaled just seven units. W Motors is now ready to start production of the car’s successor, the equally wild Fenyr Supersport.

The Fenyr Supersport was first shown as a concept two years ago. The production version was finally rolled out last month at a special event in Dubai. The event took place in the new flagship showroom of W Motors, located at the upmarket City Walk area of Dubai.

The Fenyr Supersport isn’t as exclusive as its predecessor, as the production run has been capped at 25 cars, but W Motors has managed to lift the performance bar higher. Once again working with partners Magna Steyr and Ruf, W Motors has created a bespoke supercar capable of hitting 62 mph from rest in just 2.7 seconds and topping out at 249 mph.

At its core is a lightweight aluminum chassis that’s been wrapped in a carbon fiber body complete with rear-opening suicide-style doors. The powertrain, worked over by the experts at Ruf, is a 3.8-liter twin-turbocharged flat-6 that delivers 780 horsepower and 708 pound-feet of torque. It’s mid-mounted and spins the rear wheels via a 7-speed dual-clutch transmission. Note, the original Fenyr Supersport concept promised as much as 900 hp.

The design is clearly cut from the same cloth as the Lykan Hypersport, though there are subtle elements that help create a more aggressive look, particularly all the extra aero details. The design also looks more polished, especially in the interior which is lined with carbon fiber and Alcantara and utilizes multiple display screens. Responsible for the design was a team led by Anthony Jannarelly, founder of the Jannarelly sports car brand.

If you’re interested, the asking price is a smidge under $1.9 million, or quite a bit less than the $3.4 million Lykan Hypersport. The reason is partially due to the Fenyr Supersport being not as exclusive as the Lykan Hypersport, as W Motors plans to build 25 units versus the 7 Lykan Hypersports that were built. The car also lacks some of the pricier elements of the Lykan Hypersport such as diamond-encrusted headlights. Oh, and in case you were wondering, the Fenyr name is derived from the name of a powerful wolf in Norse mythology.