In 1944, a California teenager’s hopped-up Ford won a race against a horse and gained fame. Now that car is being offered at RM Sotheby’s Hershey sale.

It’s the tale — or since there’s a horse involved, should it be that tail? — of the teenager’s hot rod that became famous for winning a race against a horse.

The 1932 Ford “Pete Henderson” Roadster that’s heading to RM Sotheby’s Hershey auction not only is a car that achieved a top speed of 120.9 mph on the Harper Dry Lake in 1944, but that same year gained fame when it won a race against a quarter horse that had a history of being faster than the fastest cars. 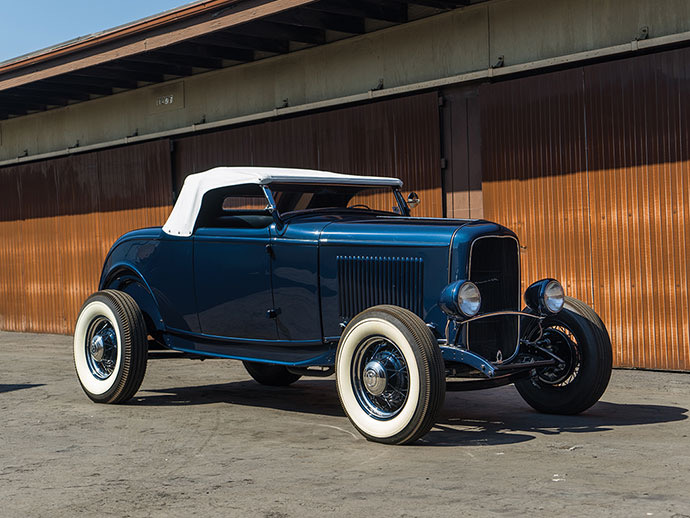 The horse’s owner had won a series of bets that his animal could beat the fastest cars over a quarter-mile distance. The race against Henderson, who was just 18 years old, and his car was held at La Habra, in California’s Orange County, and drew a large crowd that included the likes of hot-rodding pioneers Vic Edelbrock Sr., Ed Winfield and others; the race photo was taken by Ernie McAfee.

Years later, noted hot-rodders said that the race between the car and the horse was where drag racing’s quarter-mile distance was established.

After its race against the horse, the car also was used in circle-track racing and appeared in several movies. It went through a series of owners but was purchased in 1977 by Chuck Longley, who wondered about its history and ran advertisements seeking more information. Among those responding was Henderson himself. 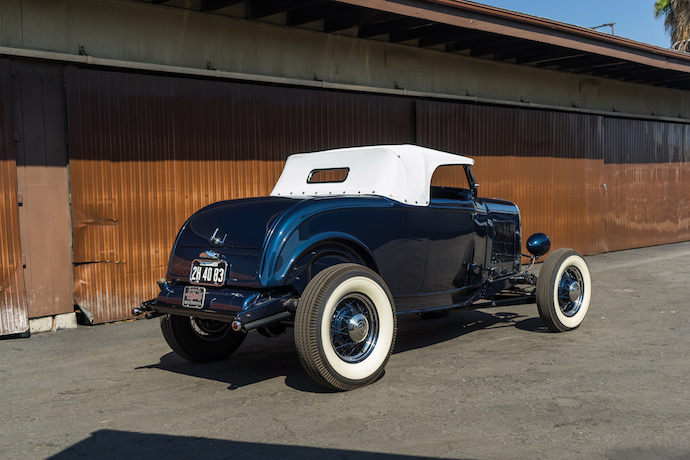 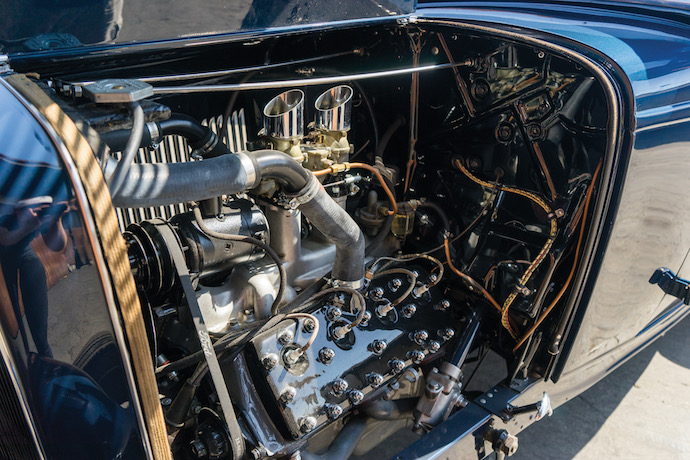 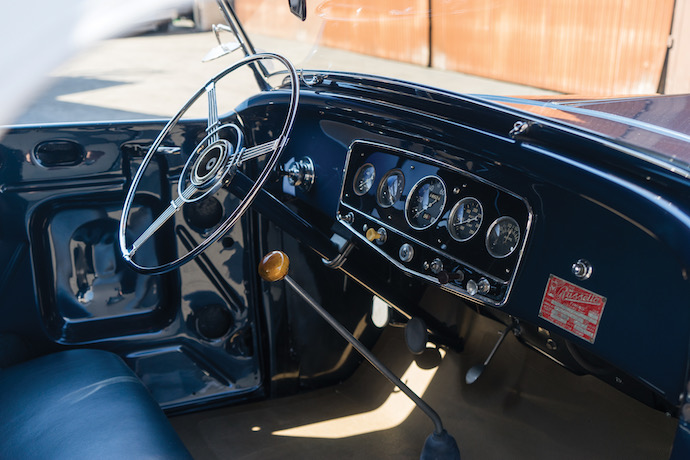 According to RM Sotheby’s, Henderson had bought the car as a teenager from Don Casselman. It came with a built, bored and stroked 296cid Mercury flathead V8 engine equipped with all sorts of early hot-rod parts, but still rode on its original wire wheels and used the mechanical brakes Ford had installed. Among its features was the dash panel from a 1934 Auburn.

It was the Auburn dash panel that helped Henderson realize the car had been his decades earlier.

The car retained its original frame, body and windshield. Longley and his son, Mike, located other period-correct pieces and began restoration to Henderson’s original setup in 1995. 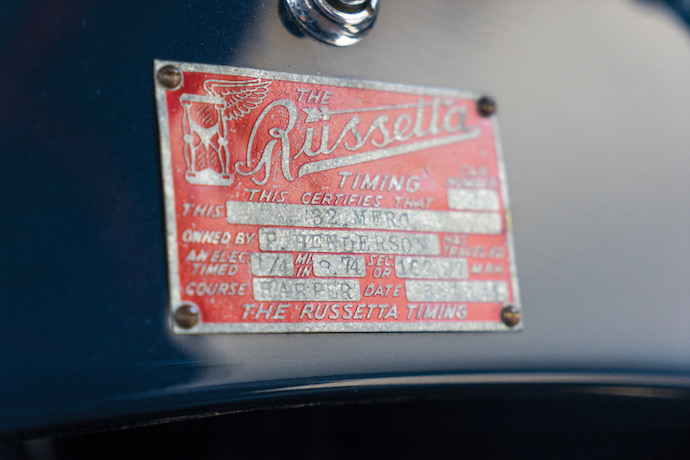 After that restoration, the car won best-in-class honors at Amelia Island and also was honored at the Grand National Roadster show. Whitworth bought the car and planned to showcase it in a museum he planned to build. The car was invited to Pebble Beach but suffered damage during transport and was sent to rod and custom hall of famer Tim Strange’s shop in Tennessee for restoration.