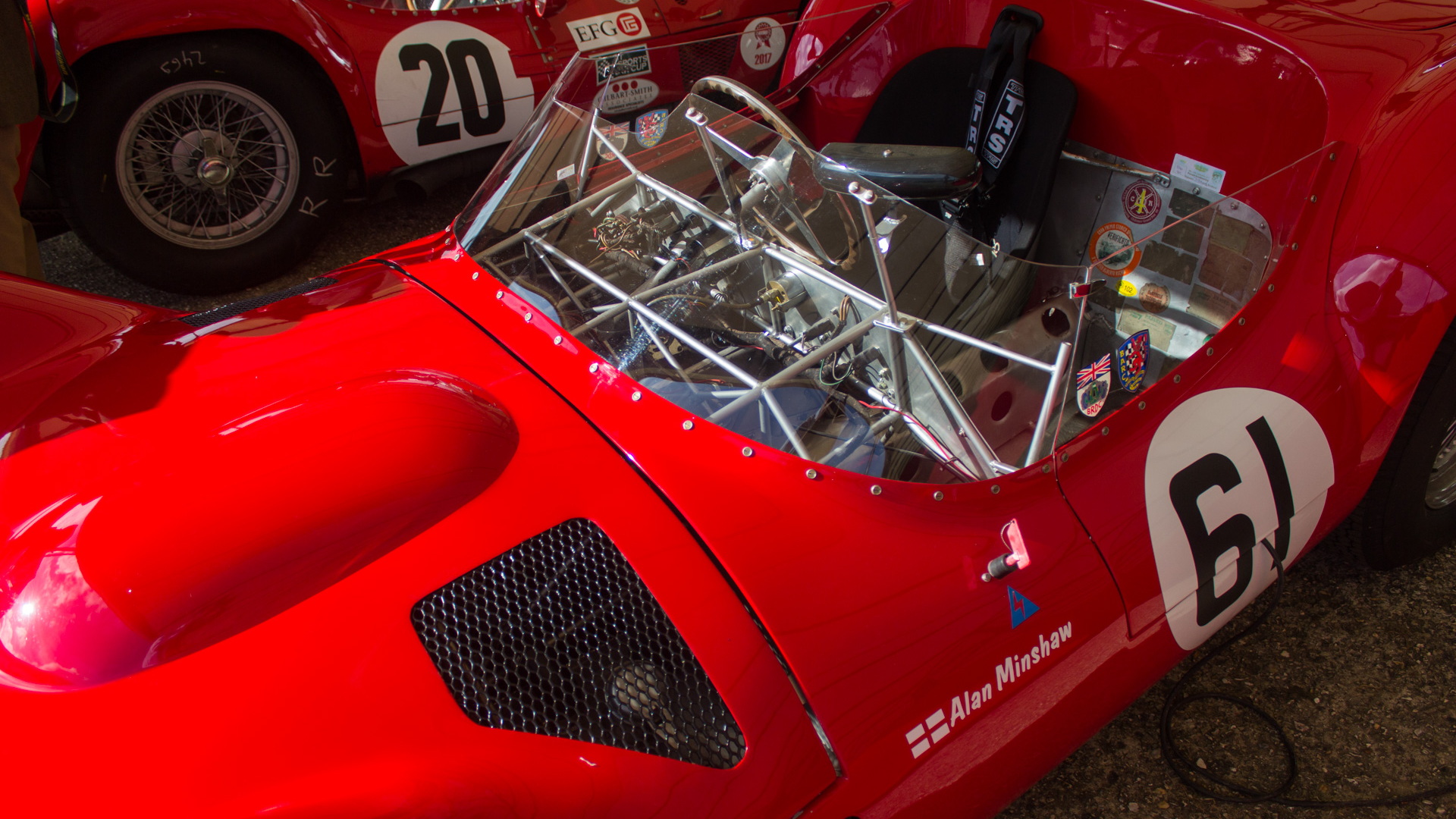 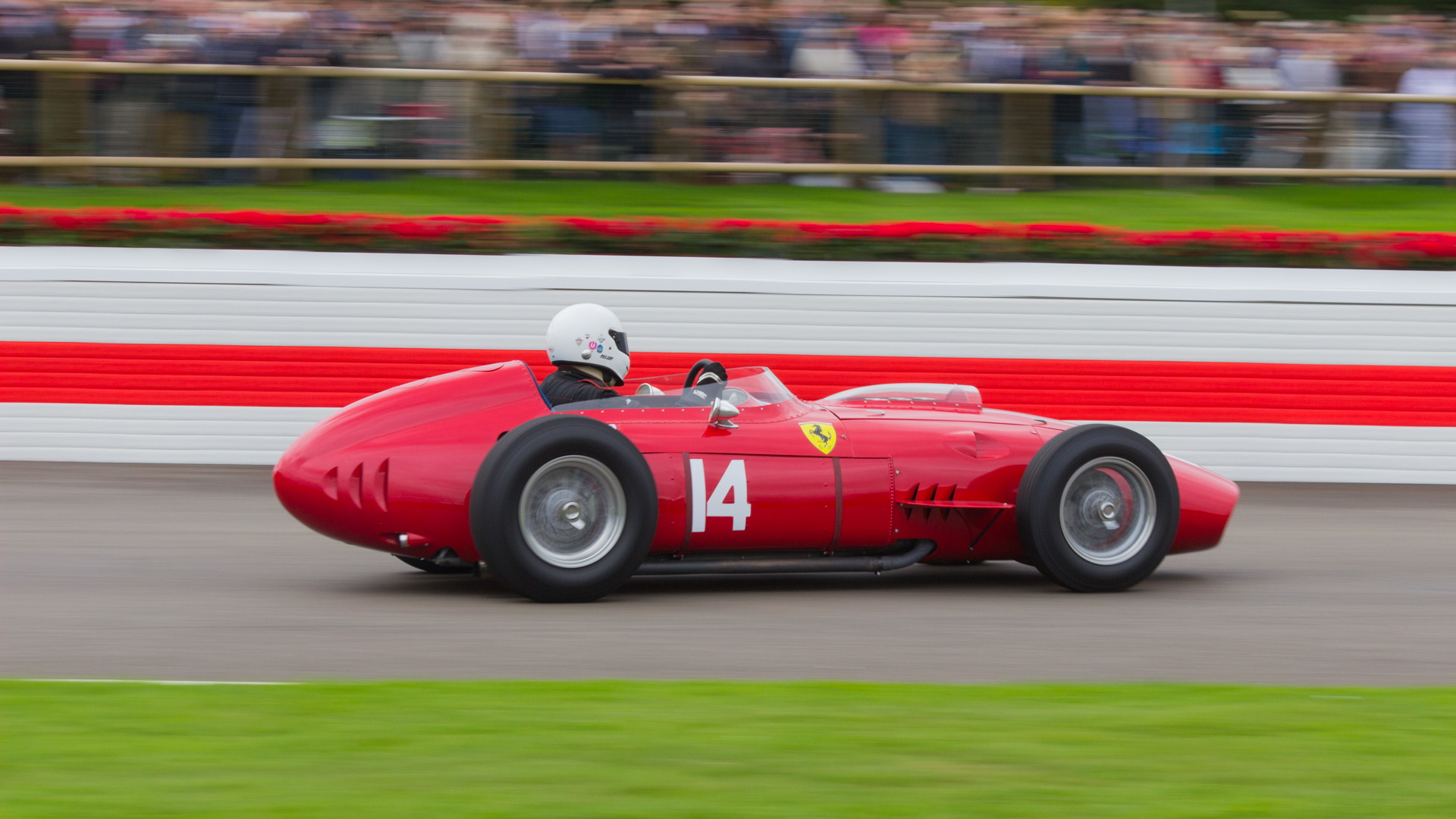 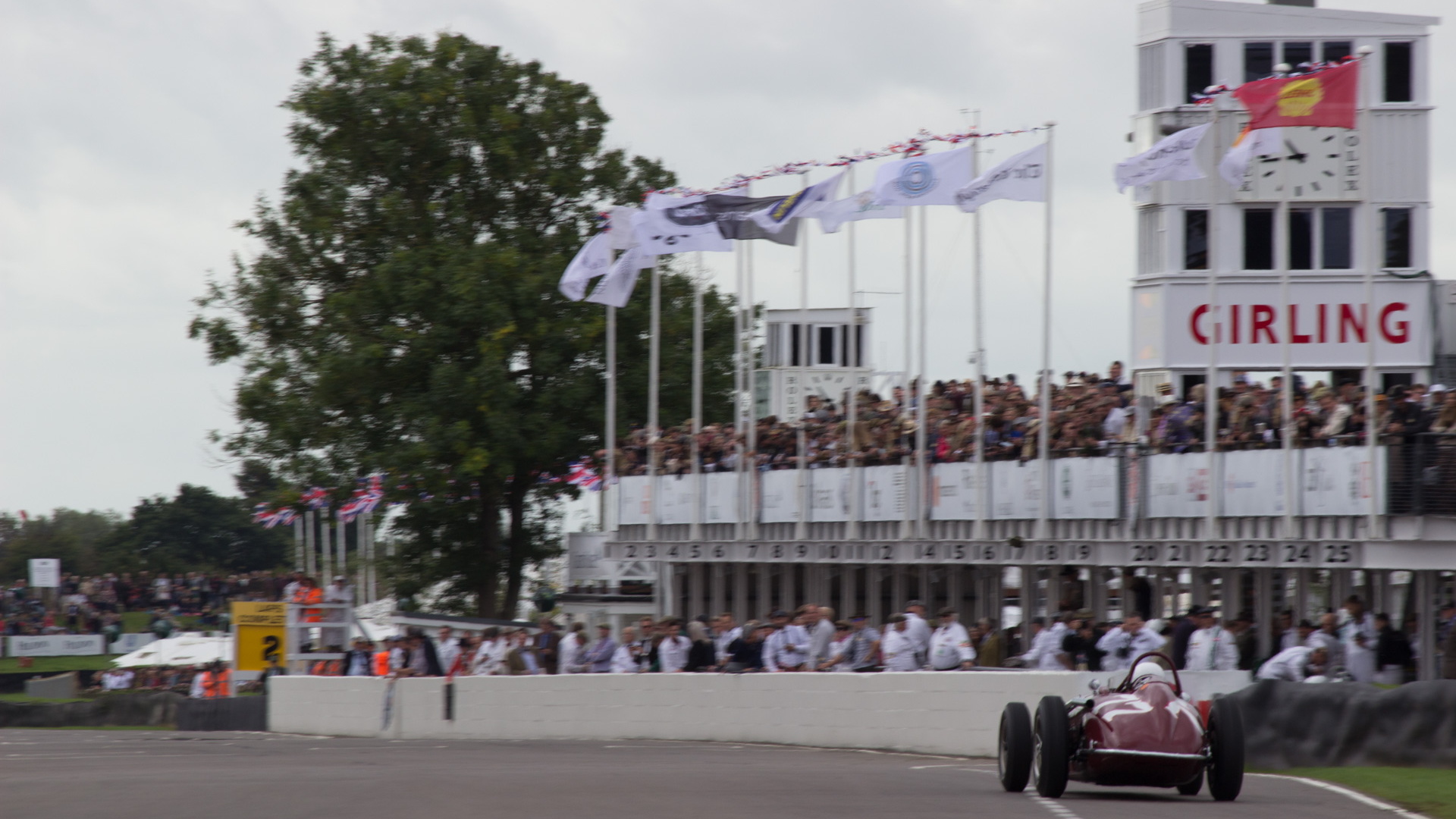 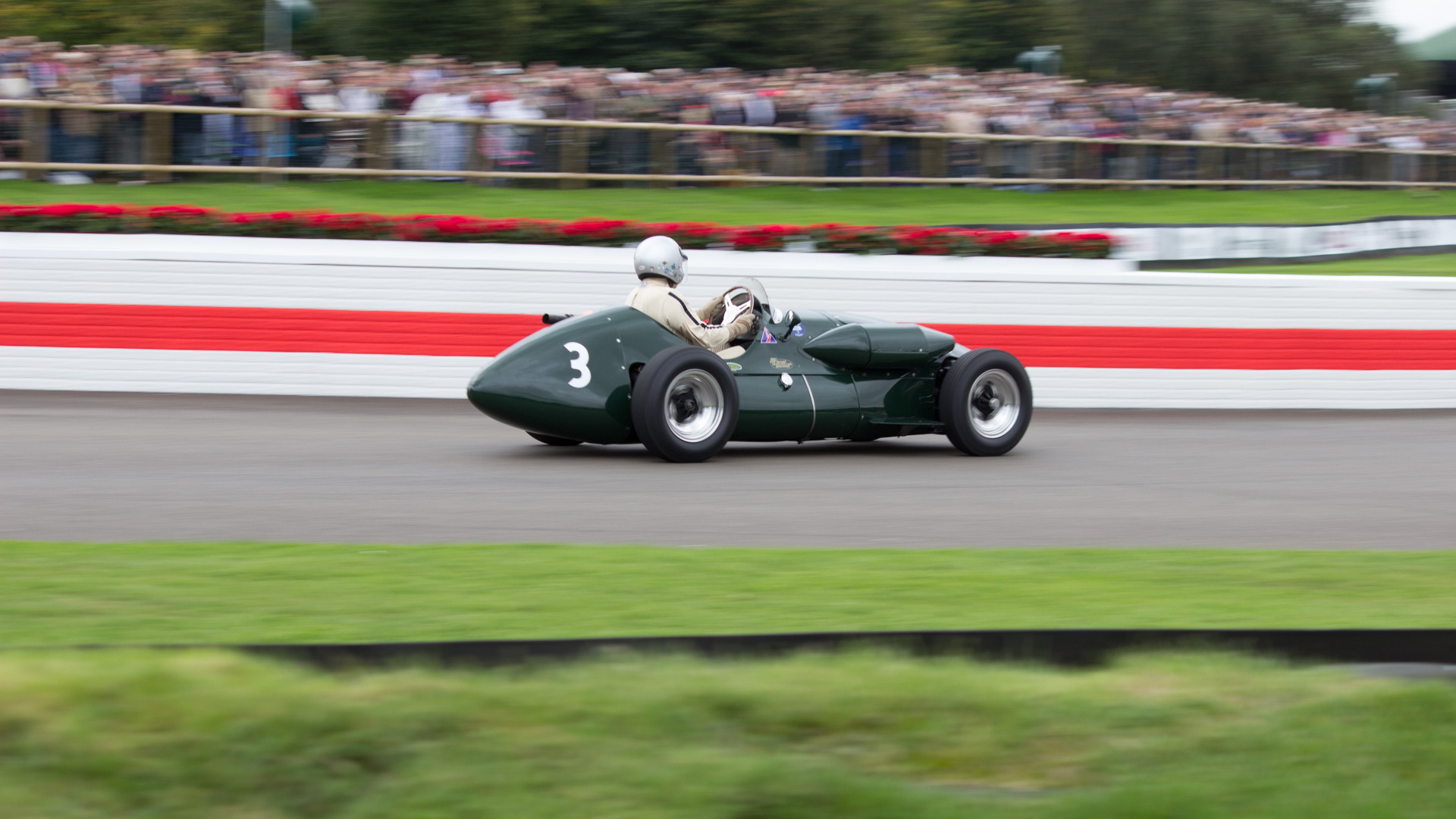 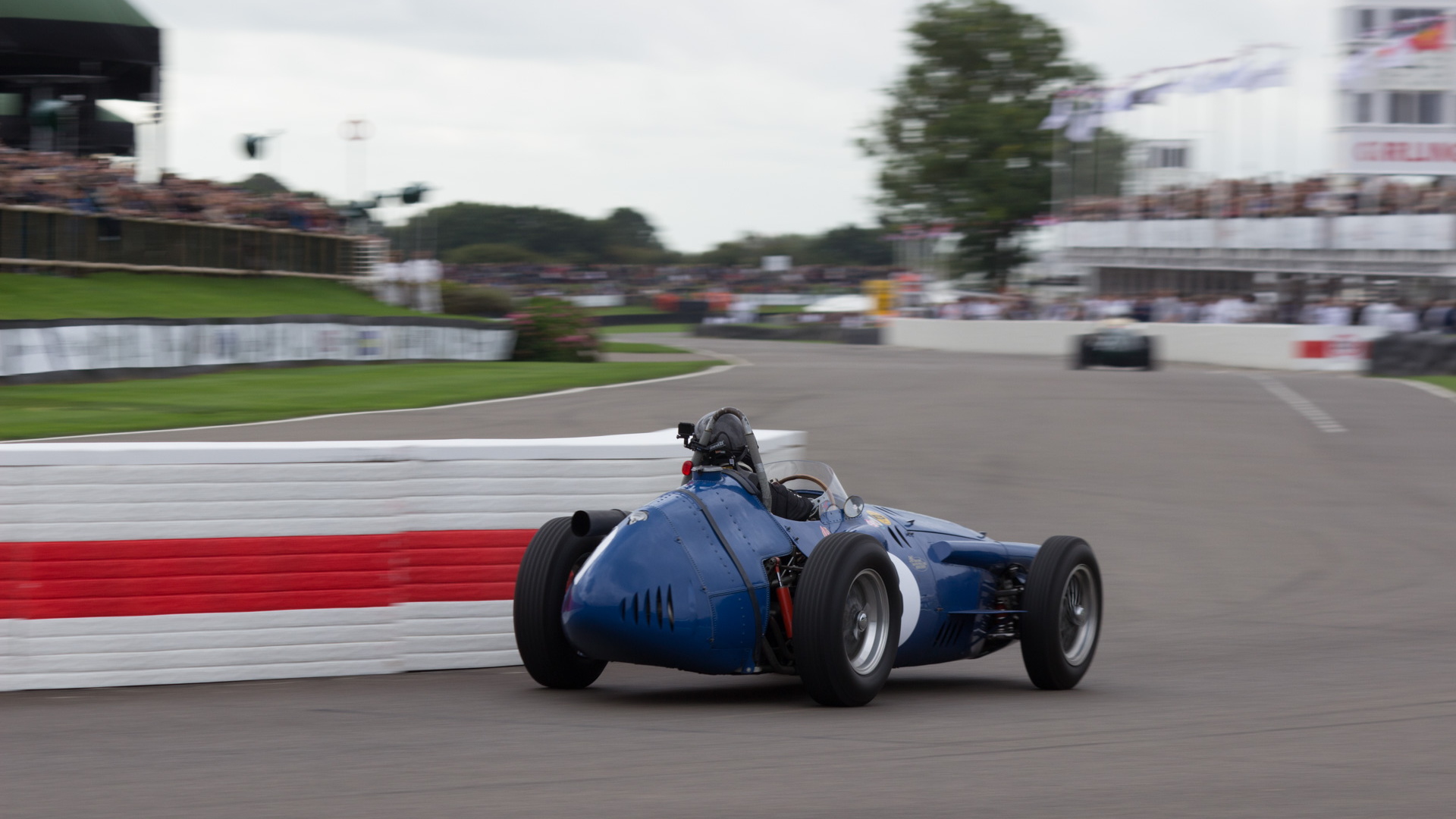 The 2017 Goodwood Revival Meeting ended Sunday largely as it started: damp and dramatic.

The weather may not have participated for the whole day, but the period racers from 1948 to 1966 did. Although there were several spins, loops, and wildly sliding cars, the event stayed mostly drama-free—unlike Friday's multimillion-dollar crash of a Ferrari 250 GTO/64.

Most of the circuit stayed wet throughout the day, which forced racers to find interesting lines—on and off the track.

The event's celebration of 1957 grand prix cars was only overshadowed by an epic battle between six GT cars trading places in the RAC TT race. The 1962 AC Cobra piloted by Michael Gans and Andrew Wolfe eventually won the race after a penalty knocked current British Touring Car Champion Gordon Shedden's 1963 Jaguar E-type off the top step of the podium. Mike Jordan's laps in a 1965 TVR Griffith 400 weren't fastest in the event, but were highly entertaining and a fitting tribute to the TVR brand's return which took place at this year's revival.

The "Flying Scot" Jackie Stewart took his traditional parade lap at the Goodwood Circuit, but the revival's celebration of Scots reached well past the former Formula 1 driver.

The festival marked the 60th anniversary of the Ecurie Ecosse's win at the 1957 24 Hours of Le Mans, whose journey from Edinburgh to Circuit de la Sarthe was legendary. The small Scottish racing team shocked the world when it not only won the 24-hour endurance race in a Jaguar D-Type, but also took second that same year too.

The last "Flying Scot" (or perhaps the closest thing to it currently) and 4-time IndyCar champ Dario Franchitti drove a similar Jaguar D-Type around the Goodwood Circuit during a tartan-colored celebration of all things Scotland.

The festival wrapped up with a rain-soaked race of sports cars that raced between 1955 and 1960 that struggled for grip—but not entertainment.